Big Thursday China Conference, where we will officially get to know the Xiaomi 13 series, is fast approaching. He even baited us more himself CEO Lei Jun, who revealed interesting facts about the battery.

The CEO and founder of the Chinese technology giant Xiaomi is on the Chinese social network Weibo described the battery of the Xiaomi 13 model. He responded to a request regarding battery life in the Xiaomi 13 series smartphones.

We know the battery capacity

He said he was more interested in the actual battery life, as well as the thickness and overall dimensions of the device, rather than the battery capacity itself. But there was an important fact in his report, namely that the base model Xiaomi 13 will have a battery capacity 4500 mAh. 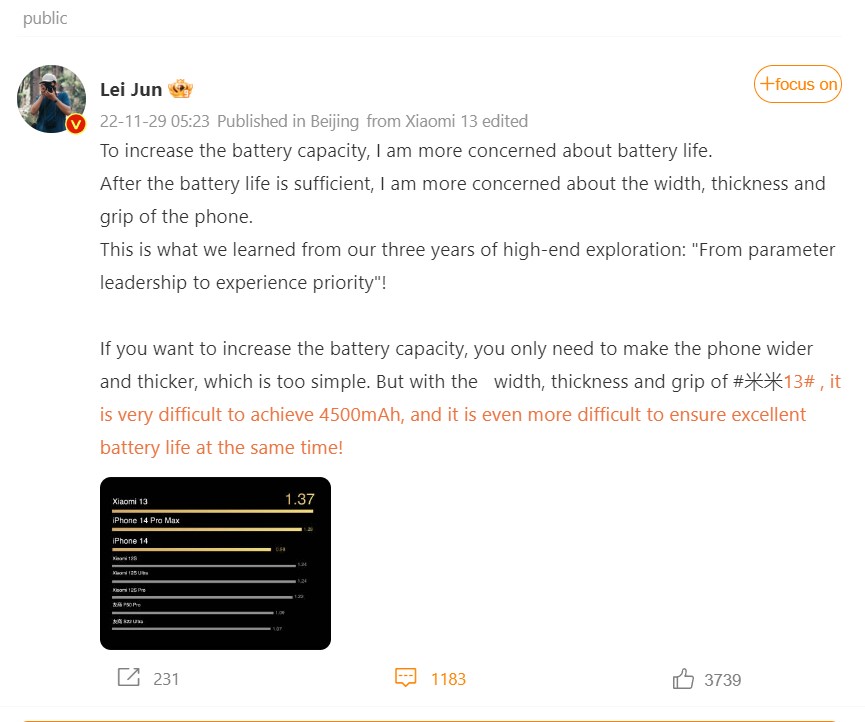 Lei Jun especially highlighted the endurance of the smaller model and immediately backed it up with facts, as he submitted a DOU battery life test. Basic model Xiaomi 13 scores 1,37, which is even more than iPhone 14 Pro Max, which has a score 1,28.

iPhones, especially the Max models, have long been among the leaders in battery life. So is it really possible that the Xiaomi 13 could beat it? Interestingly, the iPhone 14 Pro Max model has a battery capacity 4 mAh. 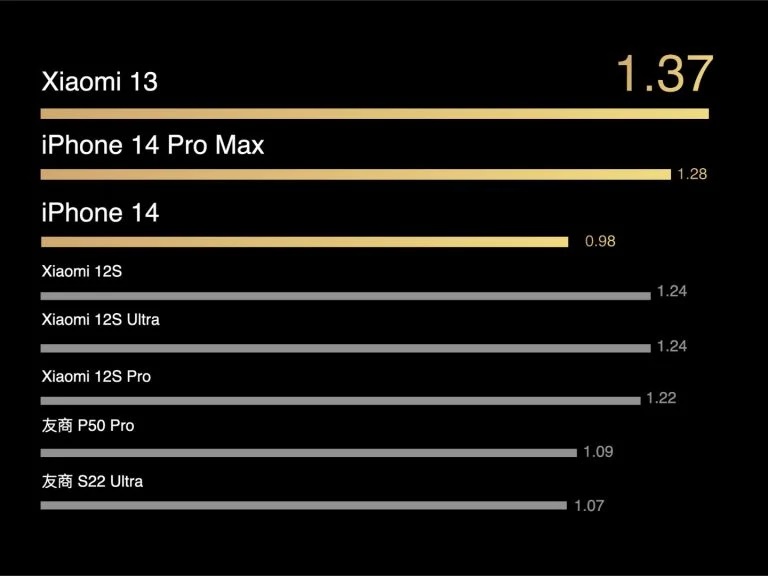 This is less, but iOS is a well-optimized system and even smaller battery capacities can keep the system running for long hours without charging. The iPhone 14 Pro Max even has an LTPO display that can reduce the refresh rate to just 1 Hz.

The secret of success is MIUI 14

The core of success will probably be a new processor Qualcomm Snapdragon 8 Gen2, a smaller display and a new superstructure MIUI 14, which will be better optimized and contain less ballast.

Xiaomi 13 should be a compact smartphone, because according to leaks it will have 6,2-inch AMOLED panel with Full HD + resolution and 120-hertz refresh rate. The width of the smartphone itself will be only 71,5 mm. 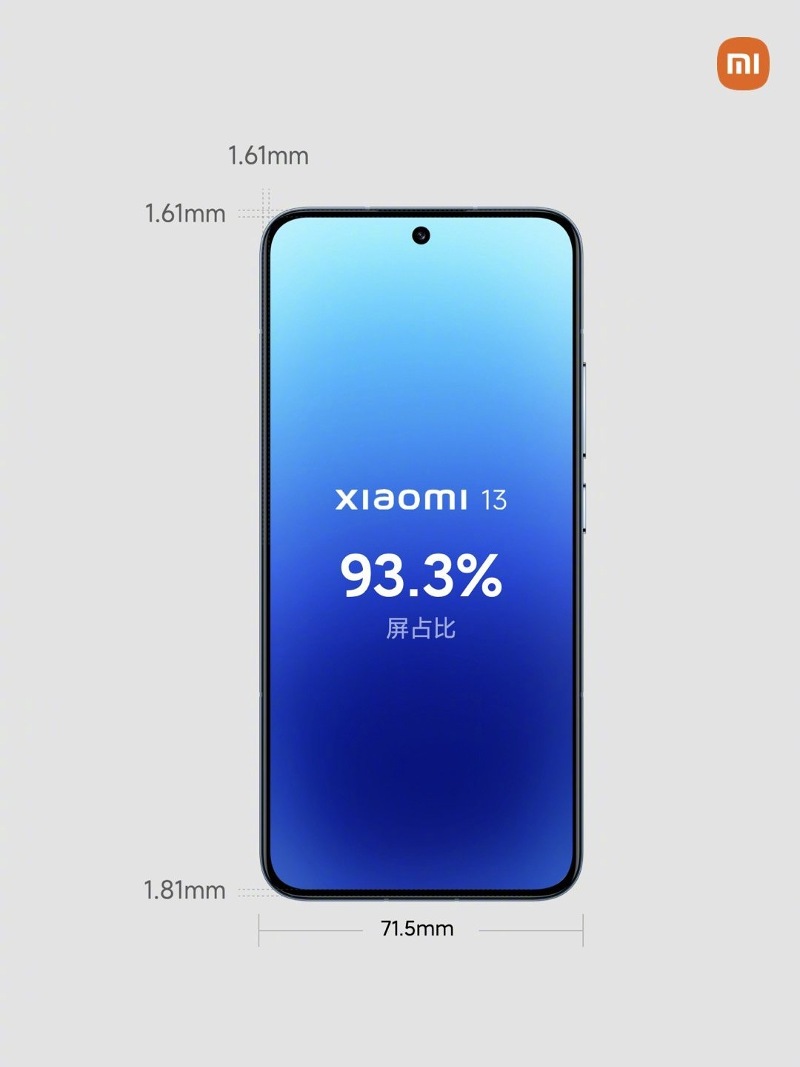 How do you perceive such a high battery life? Is it one of the parameters you pay attention to when choosing a new smartphone? Let us know in the comments below the article. Follow the XiaomiPlanet website, sign up for news and join the our group on Facebookwhere we form an active Xiaomi community.

Xiaomi unveils the "Razor Project": The new generation of MIUI 14 will bring radical improvements that we have been waiting for for years!

A new render and live photos of the Xiaomi 13 Pro have leaked. Xiaomi officially confirms the processors and memories for the new flagships