From the history of Xiaomi: Xiaomi Mi 3 was so good in 2013 that it destroyed all records in sales | Xiaomi Planet

From Xiaomi's history: The Xiaomi Mi 3 was so good in 2013 that it broke all sales records

Xiaomi Mi 3 is here! Don't be scared! You didn't move into another time dimension, you just came across our next article with a preview to the recent history of Xiaomi. In this section, we gradually present the models of Xiaomi flagships.

After Xiaomi My 1 a Mi 2 / 2S a third and extremely successful model also comes into play Xiaomi Mi 3.

He destroyed all sales records

The new smartphone was inaugurated at a press conference in China September 5 / September 2013 and was launched about a month later. first 200 pieces sold out in 000 minutes since the launch of the sale and the Mi 3 has become Xiaomi's fastest selling smartphone. 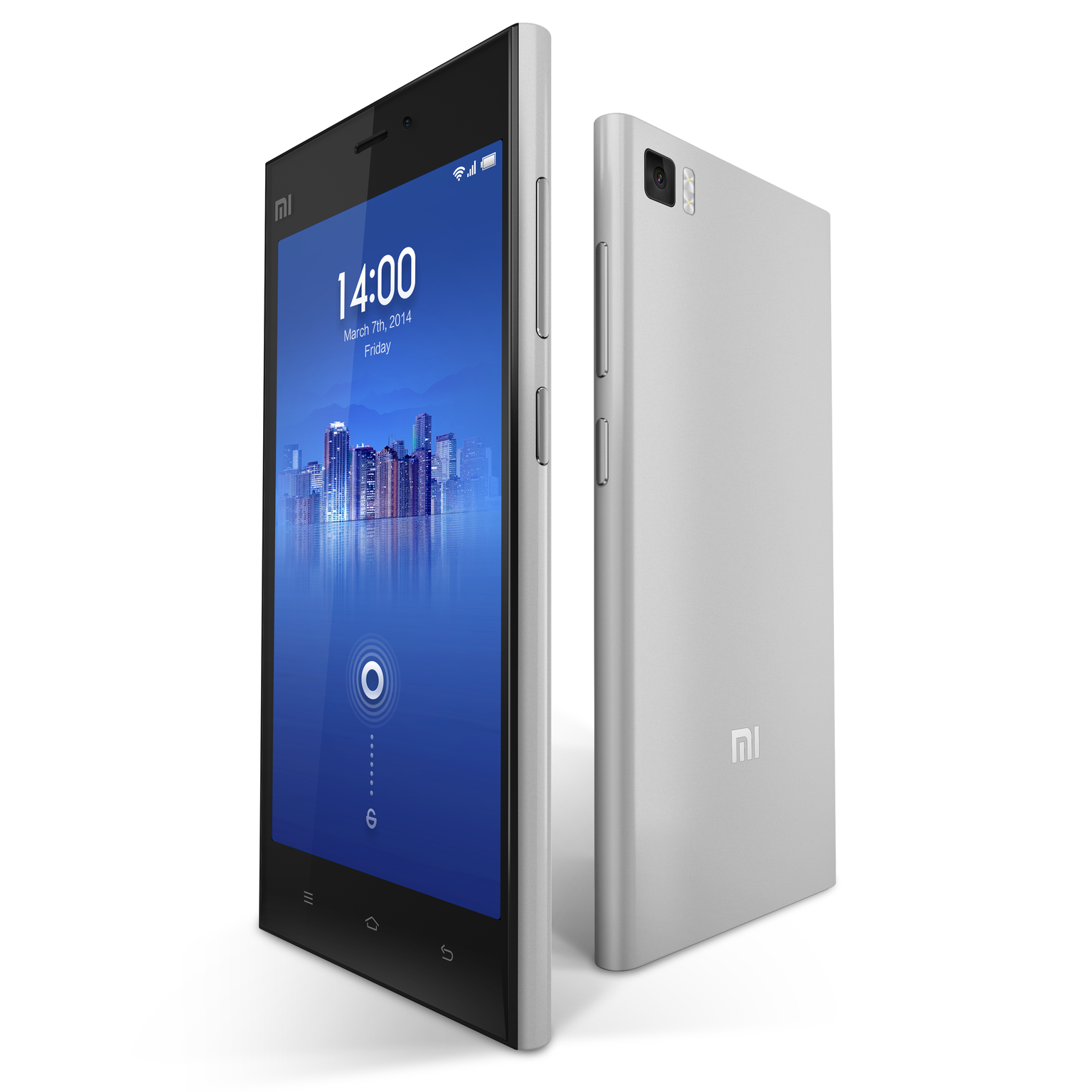 The smartphone was also very popular in international waters, almost a year after its launch. On July 22/2014, it was sold out on the Flipkart platform in 39 minutes and another ten thousand batch disappeared in 5 seconds. In the second half of August / August 2014, a batch of 20 pieces was sold out for 2,3 seconds.

The new smartphone of the Mi 3 series has brought many improvements in its class as well as an innovative minimalist design.

The manufacturer really cared about the appearance of the new flagship. The smartphone came with a flat minimalist design. The body was rounded along the side edges, the front and back were flat, nothing protruded. The upper and lower parts were in the shape of an elongated ellipse. The Mi 3 inner frame was made of aluminum-magnesium alloy and the polycarbonate body. 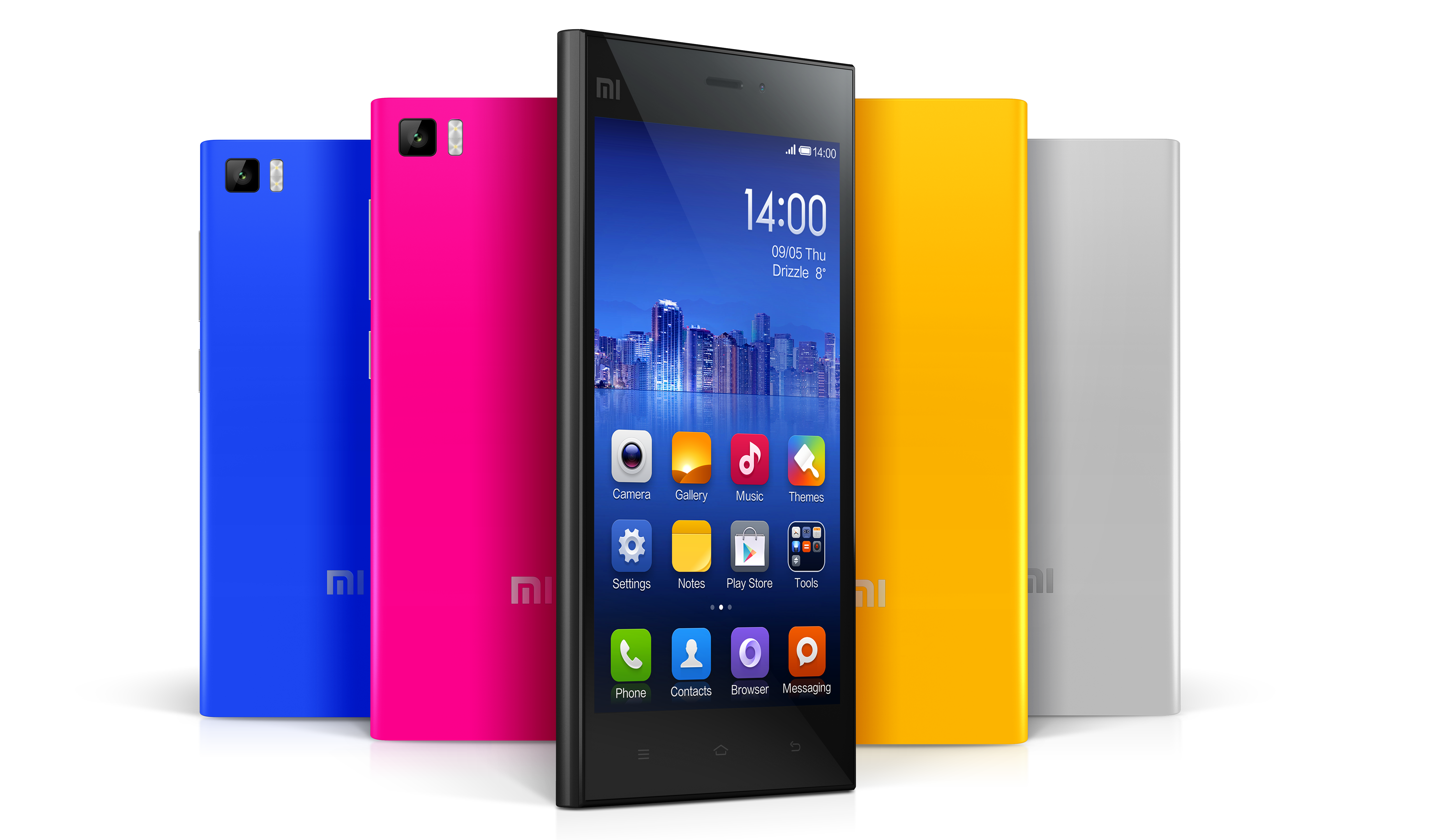 The smartphone had dimensions 144 x 73,6 x 8,1 mm  and today's dream weight only 145 g. It came on the market in five colors: black, silver, blue, pink and yellow. The front part, however, consisted of glass with a black background, which included a display.

At the bottom of the frame was a micro USB port along with a stylish perforation for the speaker. On the right side were the traditional physical buttons for volume control and the on / off button on the smartphone. 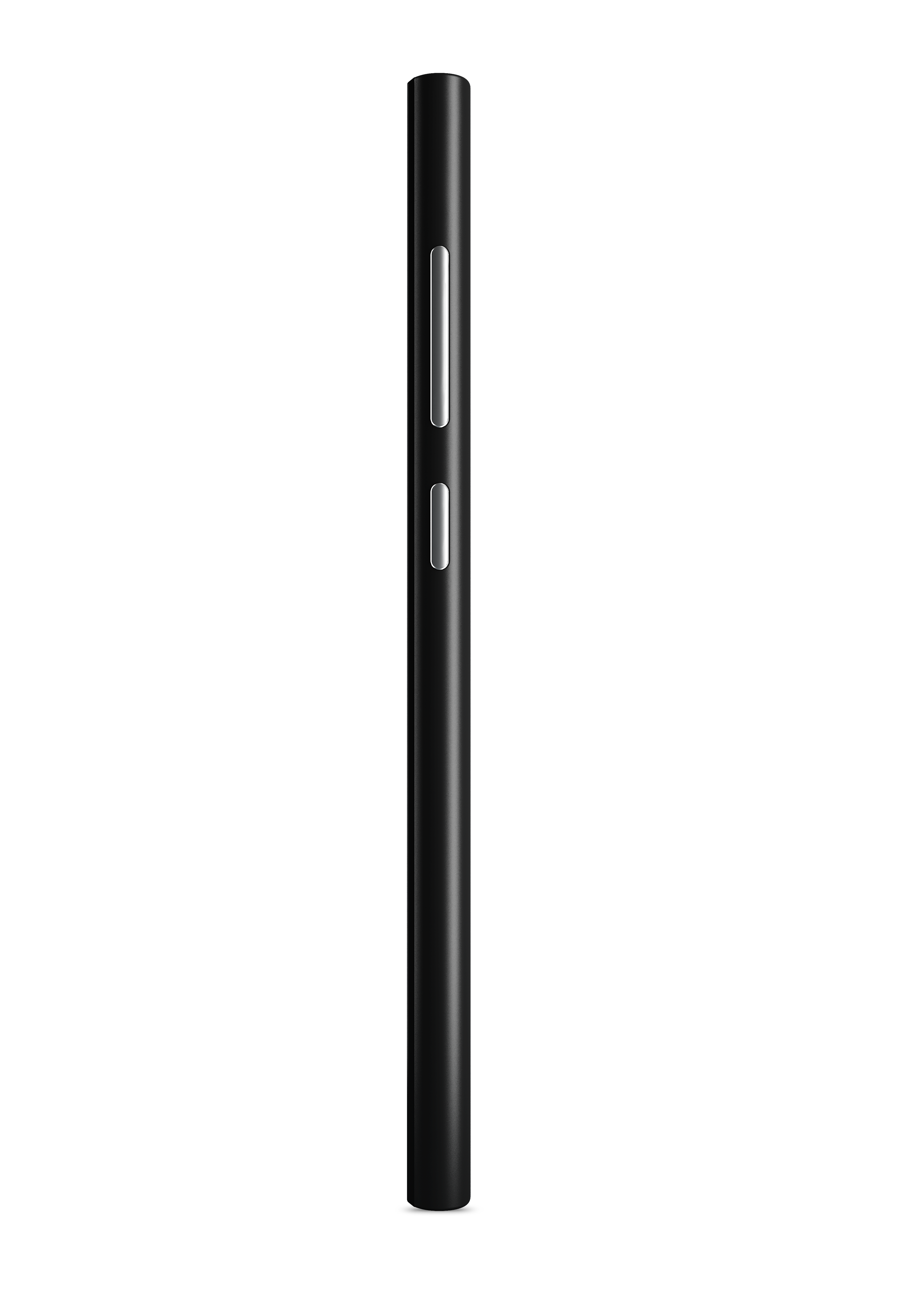 In the upper part it was again a hole for a 3,5 mm audio connector, a slot for a micro SIM card and a perforation for the microphone of the surrounding sound.

As we have already mentioned, the front part was formed by a glass panel with a display. Above the display was a space for the Mi logo, a cutout for the handset, a front camera and an LED notification diode. In the lower part of the front panel below the display, there were three multifunctional capacitive backlit buttons.

In the upper left corner of the back was a camera along with a dual LED flash.

Then the largest display in the Mi series

The Xiaomi Mi 3 model brought the largest display among smartphones in the Mi 3 series to date. It had a diagonal of straight 5 inches and spread over the area 68,9 cm². At the same time, it occupied 65% of the front area of ​​the smartphone. It was IPS LCD panel capable of displaying approximately 16 million colors.

He had a resolution 1080 x 1920 pixels in aspect ratio 16:9 and achieved a high degree of fineness even today 441 pixels per inch. Front panel protection was standard Gorilla Glass 3. 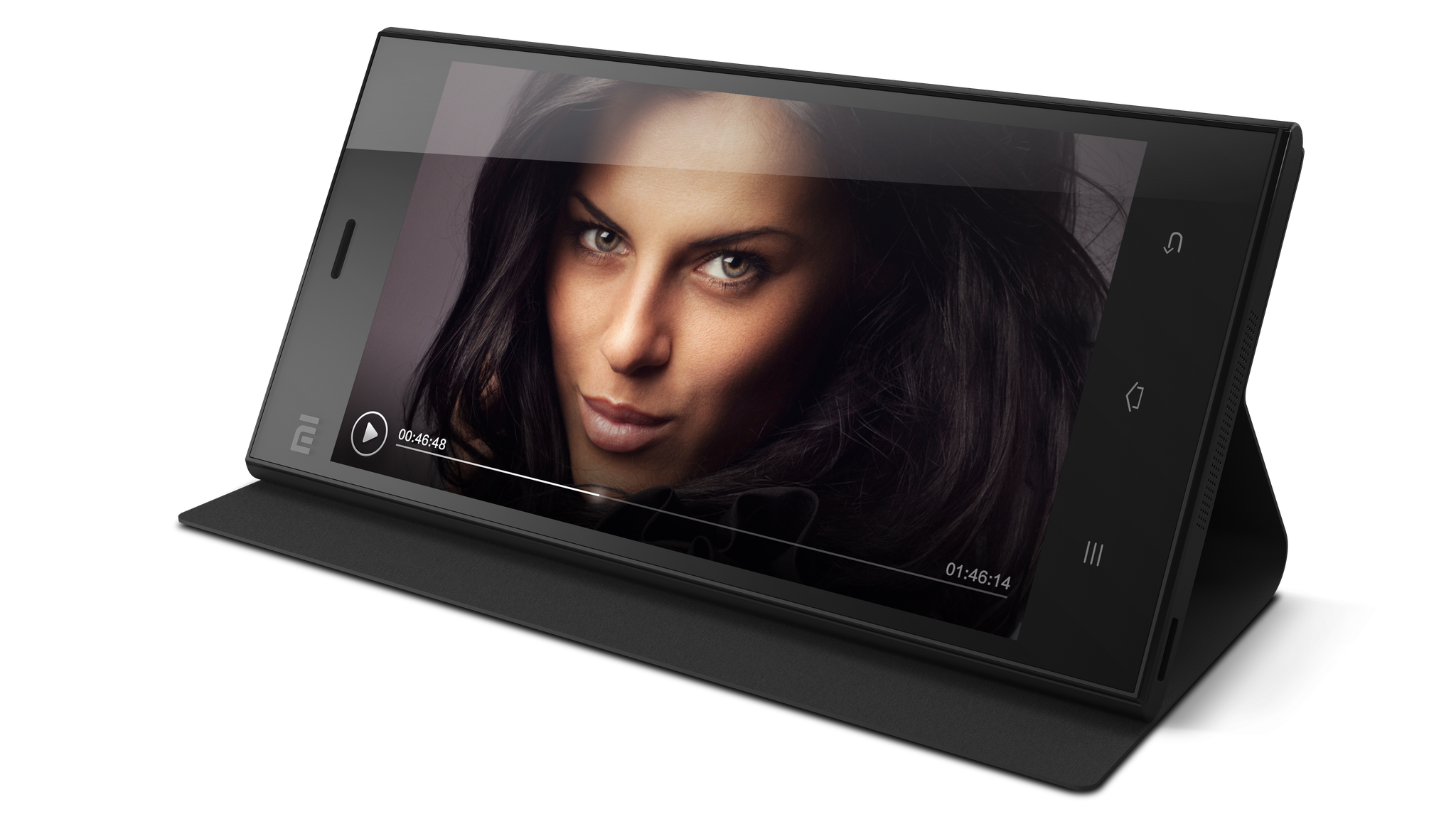 The heart of the smartphone was a chipset from Qualcomm, which consisted of a chip Snapdragon 800 built by a 28 nanomilimeter process. It had four Krait 400 cores with maximum frequency 2,3 GHz. Another part of the set was a graphics chip Adreno 330. Xiaomi Mi 3 was also available in the Chinese LTE version with a processor Nvidia Tegra 4 with 4 + 1 Cortex-A15 1,8 GHz cores.

All versions of the smartphone came with 2 GB RAM and eMMC 4.5 storage in capacity 16 GB or 64 GB. There was no memory card slot in the equipment. This configuration was enough for the flagship to get a score of approximately 55 200 points in AnTuTu performance testing.

The Xiaomi Mi 3, like all smartphones of the brand, came with an Android user interface and an MIUI extension. It came with a version Android 4.3 and 4.4 a MIUI 5. Gradual updates have been reworked to version MIUI 9 and Android Marshmallow 6.0.1.

However, third-party developers have created custom versions of software up to Android 9.0 Pie. In addition to Android, Sailfish OS and MeeGo, known from Nokia, managed to launch on Mi 3.

The top multimedia equipment was represented by a primary photographic sensor Sony Exmor RS IMX135 CMOS BSI. He achieved resolution 13 Mpx, had an aperture of f / 2.2 and a widescreen attribute. had autofocus (AF) and HDR support.

1080P video was shot at 30 frames per second. The dual LED flash provided the necessary lighting for photography. The front camera sensor was supplied by OmniVision, it had a resolution 2 MPx and an aperture of f / 2.2 and also managed to capture 1080P video at a frequency of 30 fps.

Xiaomi Mi 3 would not lag behind with any of its equipment even today, the truth only in comparison with the cheapest smartphones. The user could use WiFi 802.11 a / b / g / n and Bluetooth 4.0 for wireless communication. 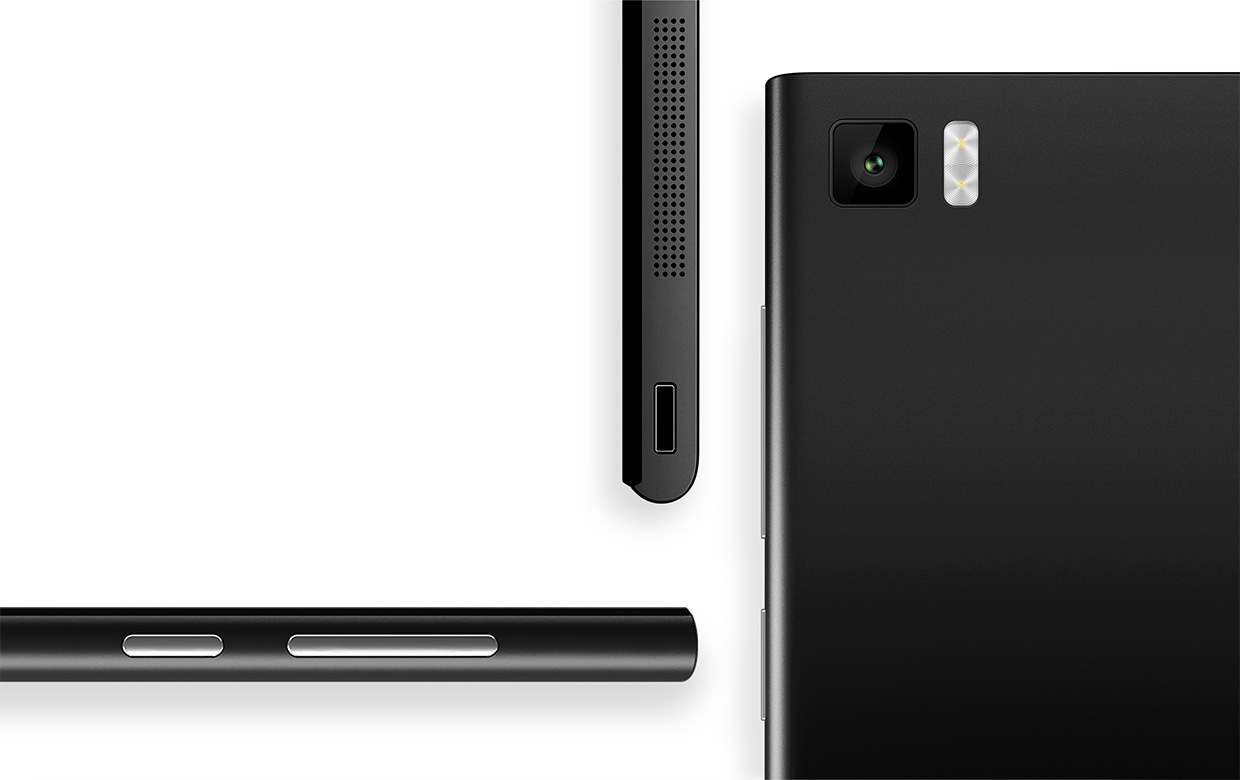 Location services were represented by A-GPS, GPS and GLONASS technologies, and there was even a module NFC for contactless payments. However, it was useless to the user at that time. The smartphone was also equipped with an FM radio.

The battery had capacity 3050 mAh and supported fast charging in performance 18 W.

Due to the equipment, appearance and competition, the price was favorable

By searching in history, we also managed to get to the approximate prices of Xiaomi Mi 3. In pre-orders of global retailers, where the smartphone was also available for us, its price started at approximately 400 € / 10 CZK. Of course, over time the price fell and later this model was sold, for example, on the Indian market for 000 rupees, which is, after recalculating about 180 € / 4 500 CZK.

It can be said that the Xiaomi Mi 3 has reached a large number of users in Slovakia and the Czech Republic. The price-performance ratio has attracted many, and this has given rise to an individualistic look and availability at foreign global retailers.

Did you have Mi 3 too? Boast, which was your first Xiaomi smartphone?

While searching for the parameters of Mi 3, we also discovered the original video review of the smartphone from 2013, which is behind the portal Mobilenet.cz and it's worth a look

We also send Xiaomi attractions from the world by e-mail. Subscribe to the largest Xiaomi newsletter in Slovakia. ?

Xiaomi is preparing one of the fastest routers on the market: Incredible speeds and the Wi-Fi 6 standard