From the history of Xiaomi: Xiaomi Mi 4 is a real legend, which has written itself in the hearts of many fans | Xiaomi Planet

From the history of Xiaomi: Xiaomi Mi 4 is a true legend that has entered the hearts of many fans

On July 22, 2014, a major event was held in China Xiaomi New Product Launch 2014, which indicated the two expected products. One of them was a new smartphone Xiaomi Mi 4 - as the new flagship of Xiaomi. The second was the first smart bracelet We Band.

About the phenomenon called We Band we'll talk sometime next time because of today's part of the series From the history of Xiaomi we would like to dedicate already in the order of their fourth flagship Xiaomi Mi 4. 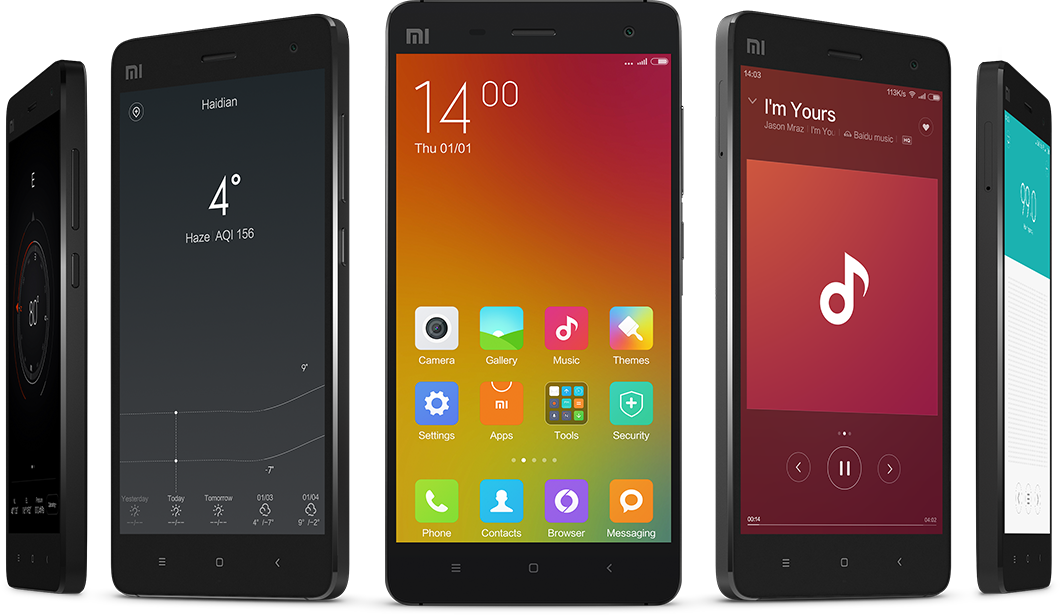 The manufacturer took the new flagship very seriously, which is nothing special about Xiaomi. In terms of appearance and materials used, he literally named it a work of art.

Xiaomi Mi 4 came with an innovative design and around its perimeter it is visually enriched by a metal frame made of stainless steel created in a 40-step process. We can't help but quote the description of the manufacturer itself, as described by its design-unique smartphone:

"The forged stainless steel frame and the middle aluminum-magnesium alloy frame create an extremely strong structure, while the ultra-thin screen and beautifully textured back cover make the Mi 4 a joy to hold. The new generation Mi phone is truly a perfect blend of style and substance.

The Mi 4 phone frame is the result of 193 carefully designed high-precision manufacturing processes. Using advanced engineering techniques and an enthusiastic artistic sense, we transform 309 grams of crude steel into a masterpiece weighing 19 grams in 32 hours of processing, creation and polishing. ”

The back of the smartphone was also made up of an exceptional back cover. It consisted of up to 9 layers of membranes and was equipped with a grid pattern. The Mi 4 was simply a gem from every angle, but many blamed it for the shameless appearance of the iPhone. The smartphone came in dimensions 139,2 x 68,5 x 8,9 mm and for today's conditions up to incredible weight 149 g.

The layout of the individual elements does not deviate from tradition in this case either. The predominant part of the front side is the display, which covers an area of ​​68.9 cm², which is 72.3% in relation to the whole body. Below it are three capacitive multifunction buttons. Above the display is the front camera, speaker grille, proximity sensor and stylish "Mi" logo. 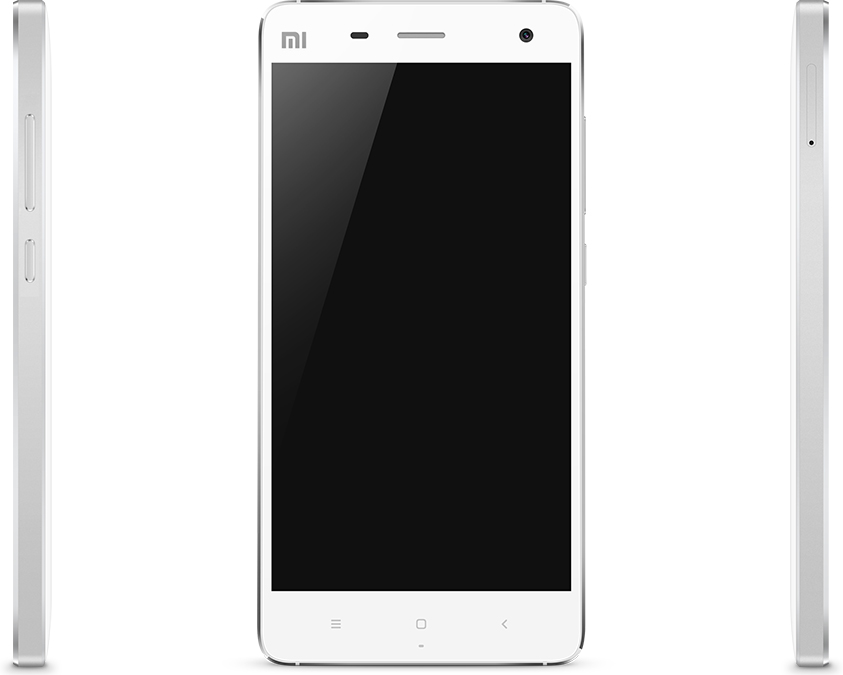 The rear part consists of the already mentioned unique cover, in the upper part of which there is a camera with an LED flash and in the lower part there is the manufacturer's logo. 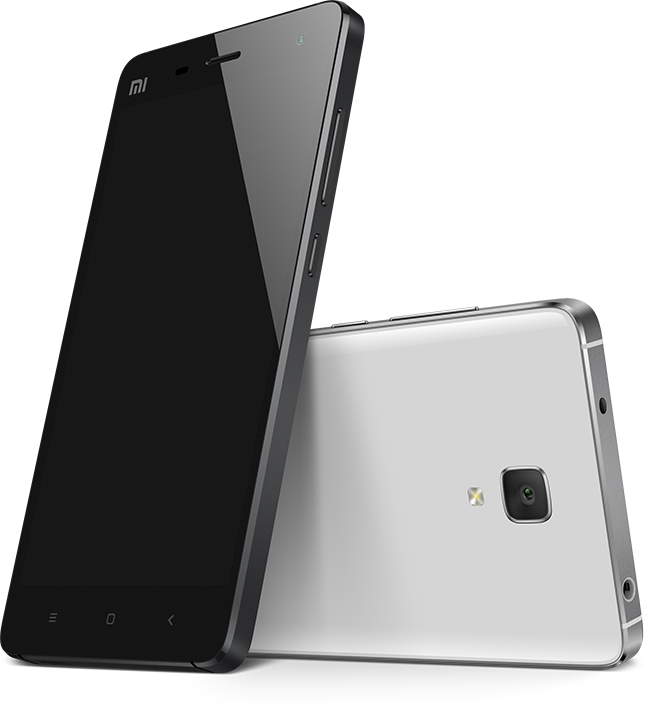 The Xiaomi Mi 4 really looked like a work of art reworked in every detail. It fit well in the hand, the construction was solid and looked very good. Over time, some users have complained that the sharp edges of the metal frame cut uncomfortably into the palm of their hand when holding the smartphone for a long time.

The unique display and the proper performance of a flagship

display IPS LCD panel for Mi 4 supplied by Sharp. It had a diagonal of 5 inches and a resolution of 1080 x 1920 pixels in a 16: 9 aspect ratio. As a result, it has gained incredible softness up to 441 ppi. In addition, the panel has a high color saturation with an 84 percent NTSC gamut.

The heart of the Mi 4 has become a 28 nm processor Snapdragon 801 with four Krait 400 cores clocked at 2,5 GHz and seconded to a graphics chip Adreno 330. The user could choose from two memory versions, with 2 GB RAM and 16 GB storage, or with 3 GB RAM and 64 GB storage.

It was an operating memory module LPDDR3 933 MHz and storage type eMMC 5.0. With this combination, the smartphone was able to achieve an AnTuTu score above 61 points.

Smartphones in 2014 had only two camera sensors - front and rear. The Mi 4 was no different, but it brought quality sensors and excellent multimedia software. Rear 13 MPx the sensor was supplied by the brand Sony and it was a model IMX214 Exmor RS CMOS with 6-element lens. He had size 1/3.06, aperture f / 1.8 and pixel size 1,12 microns. 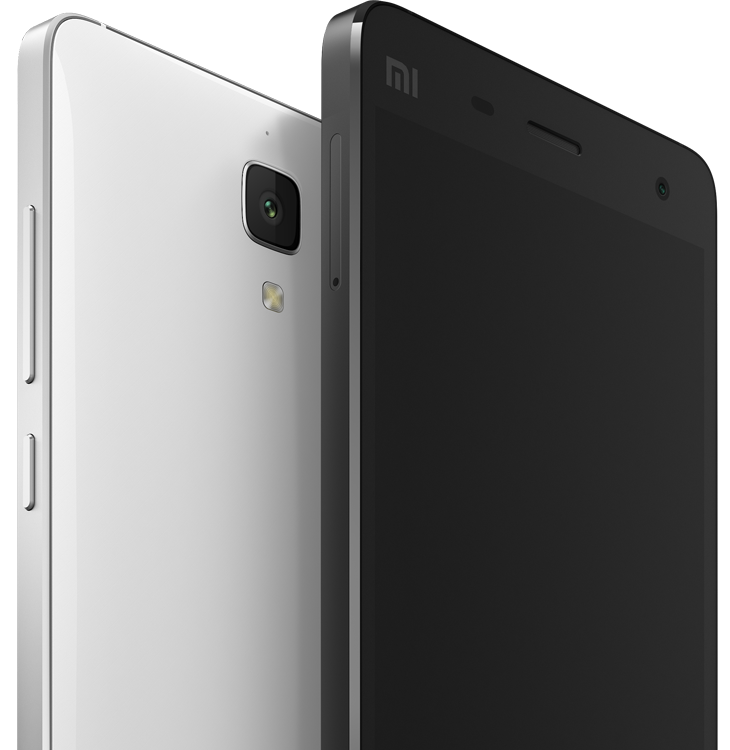 However, what excelled at that time was the speed of autofocus and shooting. The sensor was able to automatically focus on the subject behind 0,3 seconds while the smartphones of the time usually managed it in 0,6 to 0,8 seconds.

The sensor was able to shoot 4K video at 30 fps and slow motion video at 120 frames per second. In addition, the user could use other top multimedia features such as Magic Focus or Touch-To-Track. 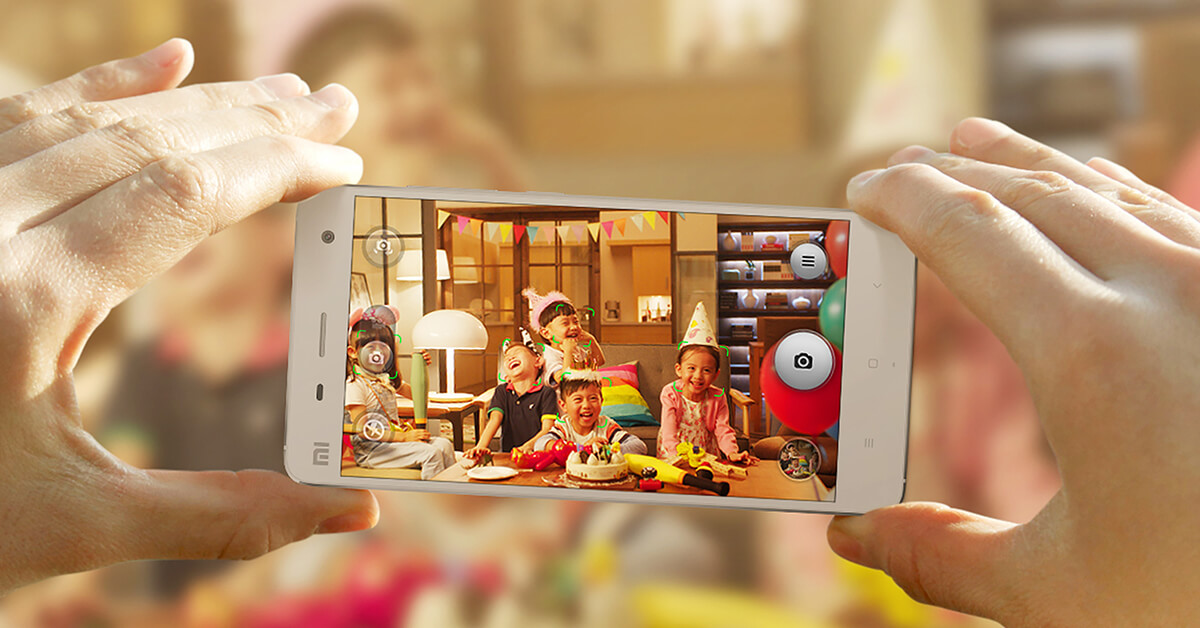 The first was used to additionally focus the photo by changing the focal length, and the second to lock the captured moving object. Fast HDR burst mode was able to capture up to 10 frames per second.

The front camera also came from Sony and had a resolution 8 MPx. It was a backlit sensor Exmor RS s 80-degree wide-angle 5-element lens with aperture f / 1.8. Even in this case, Xiaomi thought about software improvements and enriched selfie photography with Beauty mode with 36 intelligent filters.

The rest of the equipment was not to be thrown away, on the contrary

Xiaomi Mi 4 came with support 4G mobile networks, including on our continent. In addition, it was equipped with dual-band WiFi 802.11 a / b / g / n / ac a Bluetooth in version 4.0. was missing FM Radio a infrared port, in which the manufacturer promised compatibility and the ability to control up to  2 853 various devices. 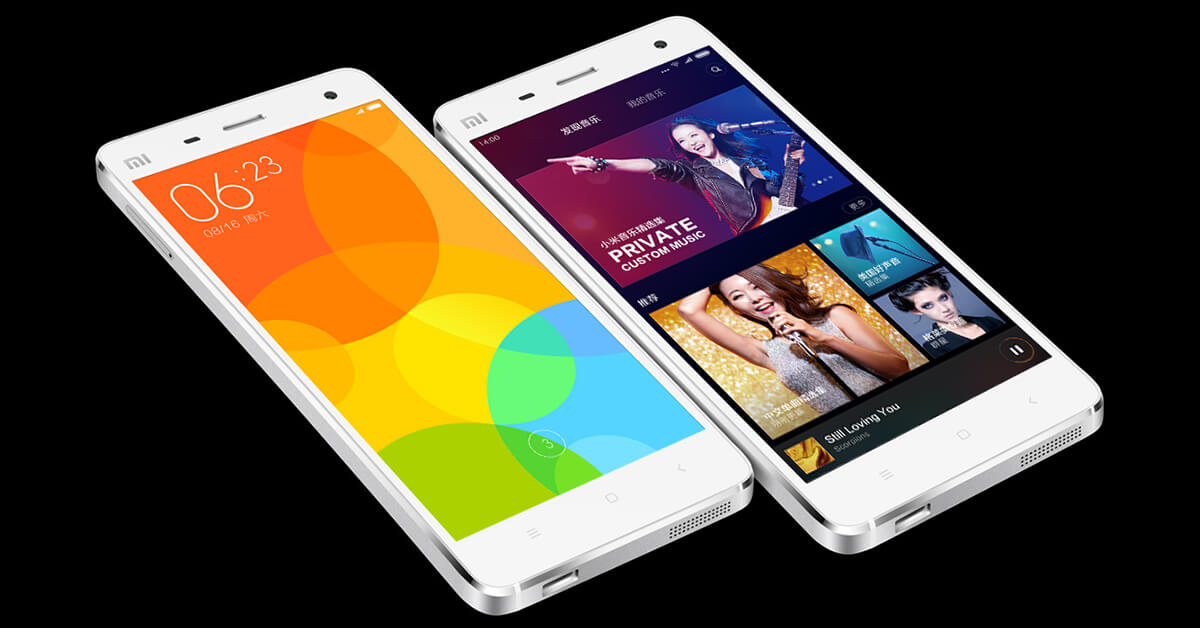 Location services obtained location using A-GPS, GPS, GLONASS and Beida, and as we mentioned in the description of the design, the Mi 4 was also equipped 3,5 mm jack. The micro USB connector had a standard 2.0.

The built-in non-removable battery had capacity 3 080 mAh and thanks to Quick Charge 2.0 technology, it also supported fast 18-watt charging.

The Mi 4 ran at the time of the show at Android 4.4 KitKat with software extension MIUI 5. Just after it went on sale in August / August 2014, it was updated to MIUI 6. The last update of the smartphone brought Android 6 and MIUI 9, on which it runs to this day.

Interestingly, in March / March 2015, Mi 4 users in China could register and get an operating system for their device 10 Windows Mobile. The ROM for these users was released in June / June 2015 and was updated to version 1607 by December / December of the same year.

The price surprised, as always

Thanks to its sophisticated design, the Xiaomi Mi 4 was also a very popular smartphone and very quickly spread to our parts. Many may have been attracted to the then modern square design resembling an apple phone.

However, the Mi 4 was at that time a much better equipped smartphone, which also offered a much more versatile Android, a stable MIUI superstructure and had a several times lower price.

We publish articles about Xiaomi that you won't find anywhere else. Subscribe to our newsletter. 👇

Xiaomi ShowSee A1-W is a great and cheap hair dryer. It has an ionizer, power 1800 W and cold air