MIUI 13 will bring a lot of changes. Closed beta testing is scheduled to begin later this year - Xiaomi Planet

MIUI 13 will bring a lot of changes. Closed beta testing is scheduled to begin later this year

Owners of Xiaomi, Redmi, POCO or Black Shark smartphones are already familiar with the overall look and operation of the MIUI superstructure. The superstructure as such has undergone several significant updates that have improved the resulting user experience.

The latest version available on the domestic market is called MIUI 12.5 Enhanced Edition, and the essence of this version is to speed up the entire system while removing various bugs and bugs. Although this update has not yet reached global devices, information related to the new thirteenth generation of the MIUI superstructure is appearing on the Internet.

Despite the many recent updates that MIUI has received, the truth remains that the superstructure really needs to be visually improved. Many owners of smartphones with MIUI complain about the confusing, sometimes even gooey, design. However, these ailments could change with the advent of MIUI 13.

The renowned leakster Digital Chat Station writes about interesting news in its article. According to him, with the advent of MIUI 13, we will experience major UX (User Experience) changes that significantly affect the user experience. It can be new icons, fonts, animations and much more. 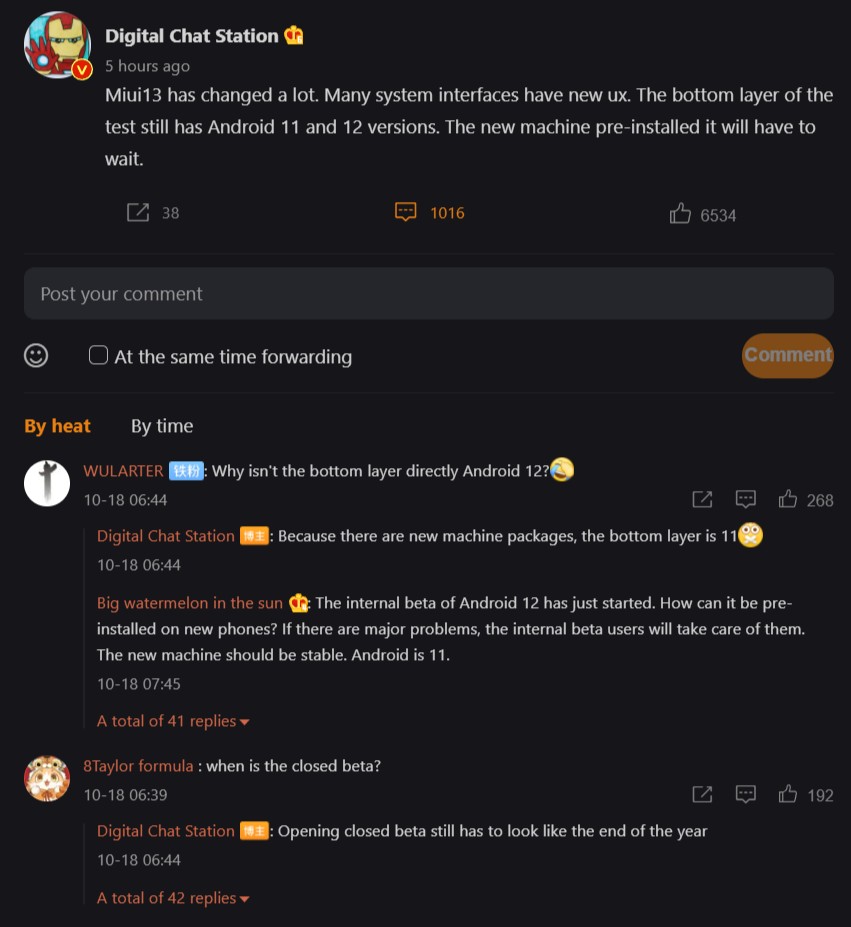 Two questions appeared in the comments below the post, to which leakster answered. From the first one, we learned that MIUI 13 is built on the Android 12 operating system, but it also contains elements from the previous Android 11.

The second question concerns the opening of closed beta testing. Leakster says that the opening of beta testing could take place later this year, which means that MIUI 13 will reach global devices at the beginning of next year. However, these are still unverified leaks that may change over time.

Recently published article on our website we wrote about the effort to deepen the difference between Xiaomi and Redmi smartphones also in terms of software. It is therefore possible that the appearance of the superstructure will be slightly different on the new Redmi smartphones.

For other interesting things not only from the world of smartphones, regularly follow our technology portal Xiaomi Planet, join our friendly group on Facebook and subscribe to interesting articles directly to your email inbox.

Another robotic vacuum cleaner from Xiaomi has a lifting mop, an automatic station with an unconventional design and an output of 2800 pa