Leaked photos of the cover and stylus for the new Xiaomi Mi Pad 5. Confirm the cutout for the rear camera in the style of Mi 11 - Xiaomi Planet

Leaked photos of the cover and stylus for the new Xiaomi Mi Pad 5. Confirm the cutout for the rear camera in the style of Mi 11

We recently they informed you that Xiaomi is planning a big conference in August, at which it should, among other things, present a new tablet Xiaomi Mi Pad 5. Photos that capture the design of the keyboard case and the stylus itself have leaked.

Already known design of a case with a keyboard

Xiaomi has decided that their Mi Pad 5 will not only be intended for content consumption, but also for his creation. Therefore, it will be possible to purchase a case that protects the back and front of the tablet and will have an external keyboard.

The cutout for the camera indicates that we will see a large square module with at least two lenses. We have already seen something similar with the iPad Pro and its Magic Keyboard. Tilting the tablet will be possible in two positions, so the user will have a choice. 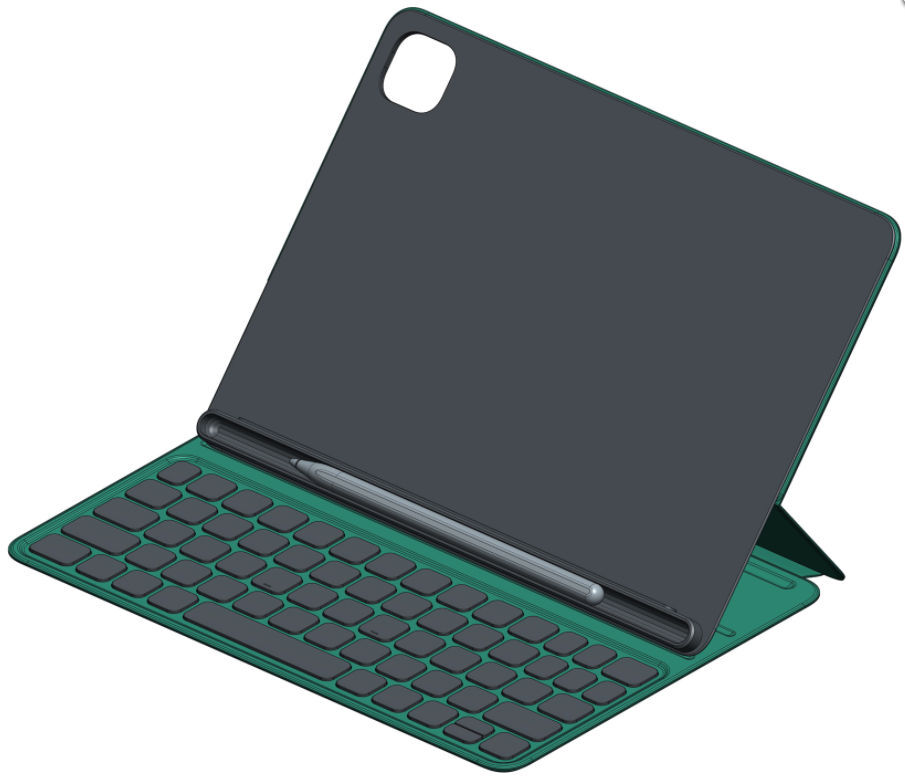 We assume that the case will connect to the tablet by the force of magnets and pins on the side of the tablet, so the pairing will take place automatically and this keyboard will not need to be recharged separately, as it will take energy from the tablet.

Below the part where the tablet will be connected, we can see a "funnel" designed for the stylus so that it does not fall out during travel. We will see how its charging will be solved, whether it will have to be charged separately, or how the competition will be charged using wireless charging from the tablet. The design of the stylus is nothing special, it is a classic white stylus similar to the Apple Pencil.

When closed, the edges of the case will slightly protrude beyond the edges of the tablet, thus protecting them from unintentional scratches. We can't currently confirm that these are the manufacturer's official drawings, but all indications are that we will really see something similar in August. If we find out more, he will definitely be among the first to inform you.

How do you like such a peripheral design? Would such a keyboard suit you for basic office work? And how would you use a stylus? Write us your opinion below in the discussion below the article. Follow the XiaomiPlanet website, subscribe to the newsletter and don't forget to join us as well on Facebookwhere we form an active Xiaomi community.

Xiaomi Nextool multifunctional pliers contain up to 16 tools. They are made of quality materials and available in CZ stock