Xiaomi Mi Pad 5 will also be introduced in a cheaper "Lite" version. The get has a 120 Hz display as well as a 12 mAh battery

Chinese company Xiaomi is preparing its new tablet, and we should also look forward to its cheaper and lighter version. Except for the model Mi Pad 5 tablets labeled should also be launched on the market Xiaomi Mi Pad 5 Lite.

Just a few days ago, the first certification of the prepared tablet appeared Xiaomi Mi Pad 5. Today, however, we also know the first information about the new version, which should be a light version with a label Xiaomi Mi Pad 5 Lite. 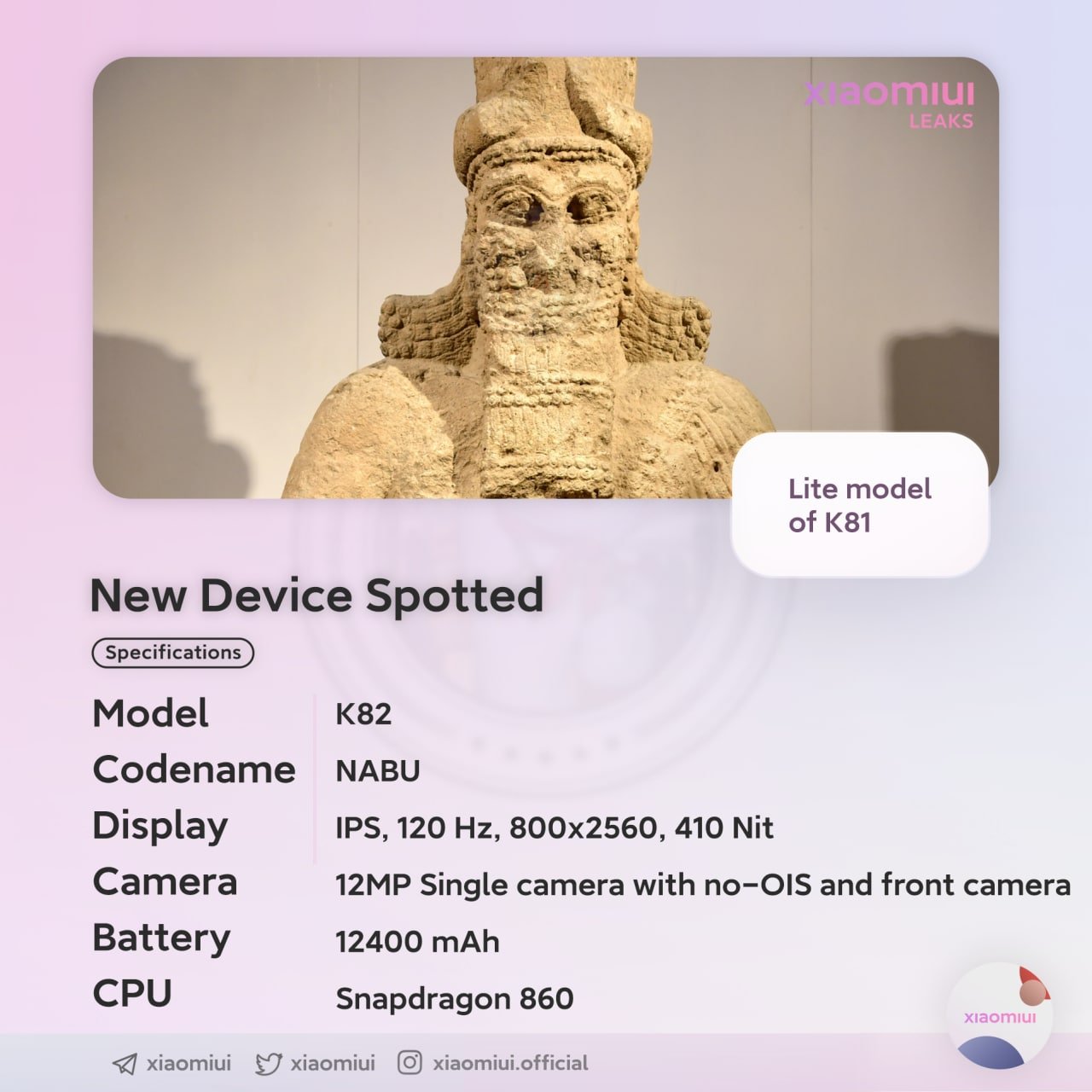 New information comes from XIAOMIUI. The model with the model designation "K82" should offer a slightly less powerful processor compared to the Mi Pad 5 ("K81"), but also an IPS screen and camera, again with a lower resolution compared to the more expensive model.

The certification also revealed the code designation "NABU," while the equipment should offer a Qualcomm Snapdragon 860 processor, 120 Hz IPS panel with a brightness of 410 nits and an unspecified resolution (certification states 2560 x 800, but this is a relatively non-standard data and the official we will still have to wait), but also a set of cameras, the main one of which will offer a resolution of 12 MPx.

Model Xiaomi Mi Pad 5 Lite should also offer a battery with a really high capacity, specifically up to 12 mAh. High capacity predetermines, in cooperation with other equipment and with a slightly lower output, a long endurance per charge.

We do not yet know more information about the planned device, although the available information suggests a total of three different models. The series should consist of the basic Mi Pad 5 model, its more advanced and unspecified version and a light version of the Mi Pad 5 Lite.

How do you like the new upcoming tablet from Xiaomi? Does buying a tablet make sense to you today? You can easily write your observations and opinions to us below in the discussion below the article. Follow our new group on Facebook: Xiaomi Planet - A place for real Xiaomi fans and also our portal Xiaomi Planet and you will learn more.

Xiaomi announces a new series of smartphones: the Mi 11X and Mi 11X Pro will be unveiled on April 23

Xiaomi has an automatic water dispenser with TDS water quality test. The perfect gadget for a low price