Xiaomi Linptech wireless doorbell with WiFi does not need a battery, it generates energy independently

We are gradually getting used to Xiaomi's wide portfolio of products. We still make sure that nothing can surprise us anymore and yet. Now it is doorbell Xiaomi Linptech. Quick and easy installation and great features make it the bestseller you crave.

In addition, the great price thanks to the coupon at the seller Banggood also attracted us. The WiFi version of the doorbell is available at a great 20% discount in the current lightning sale.

We recommend the Air Parcel Register transport, when you get a tracking number for the package and the transport is safer. Thanks to the low price of the product, you don't even have to worry about customs duties and VAT upon delivery.

Self-powered bell, WiFi, control via an application on a smartphone 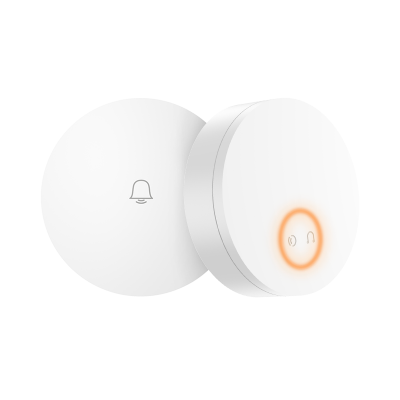 The Xiaomi Linptech wireless doorbell consists of a transmitter and a receiver. The transmitter, ie the button that triggers the bell, is located outside. It has the shape of a circle with a diameter 67mm, is rude only 19mm and weighs 43 g of . It can be placed up to up to a distance of 50 m from the receiver.

Just lightly press and integrated generator produces sufficient energy to send a pulse from the transmitter to the receiver which starts ringing. The device operates at a frequency of 433,92 MHz with a power of 10 dBm.

The receiver has the shape of a circle with a diameter 68mm and thickness 31mm. Its weight is 74 g of . It is placed in an electrical plug and a small disadvantage is that you will have to use an adapter for a European electrical plug to use with us. However, you can get it for a few euros.

In addition, you can connect the Xiaomi Linptech wireless doorbell with WiFi to the Mi Home application and pair the device with other smart home products. The entire system of the intelligent doorbell is made of high-quality polycarbonate and comes in a neutral white color.

Xiaomi is launching a monitor segment. It is preparing another game curved model with a smaller diagonal