The gaming smartphone market is slowly but surely starting to grow. Xiaomi also entered this area, last year with its own Black Shark gaming smartphone. He later got his improved version, which brought up to 10 GB of RAM.

Interesting content from behind the scenes Xiaomi on our social networks

This year, however, we will see even higher performance. The successor to the Black Shark gaming smartphone appeared in the Geekbench performance test, which also revealed some of its specifications.

The most powerful processor, even more RAM

The smartphone with the model designation "blackshark AAA" has been tested several times in the well-known Geekbench test. High scores and available test data suggest the use of Qualcomm's most powerful processor, Snapdragon 855. He seconds it 12 GB RAM memory that is starting to appear in more and more smartphones. The smartphone ran on Android 9 during the test. 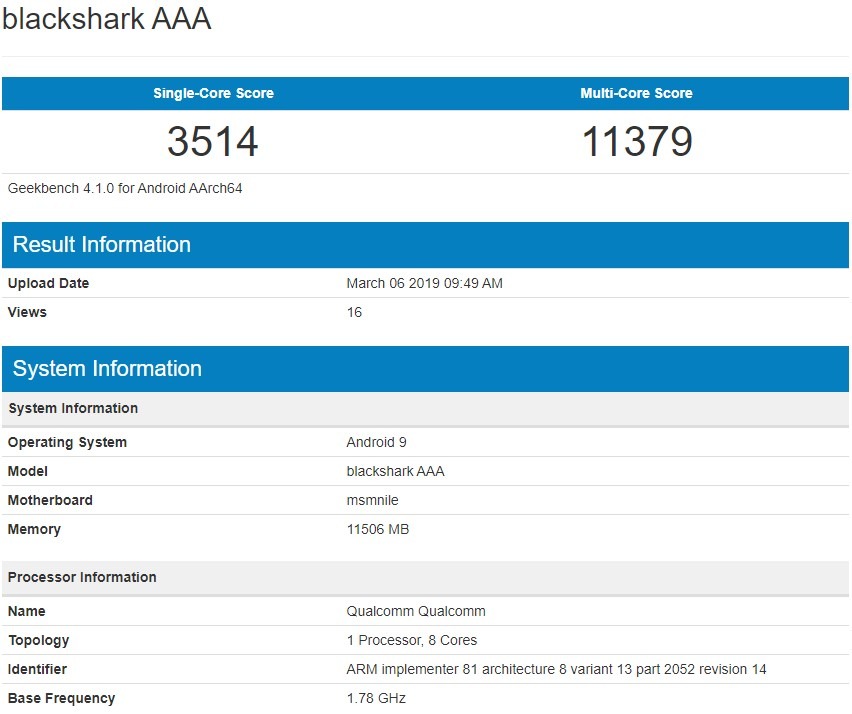 The resulting score of one core is 3514 pointswhile in the test of multiple cores the smartphone reached 11379 points. These are very decent results, which rank at the current peak among smartphones.

There are other rumors about the new successor to the Black Shark game machines. We should find in the equipment 128 GB or 256 GB internal memory. The manufacturer is to equip it with new water cooling technology - Liquid Cooling 3.0. Like the flagship Mi 9, the new Black Shark gets a lot fast 27 W charging.

The exact date of the introduction of the news from Black Shark is not yet known, but it could happen soon. Last year's first model was introduced in April and it is very likely that the manufacturer is also planning this year's show for this month.

Redmi Note 7 will also be available in our 128 GB version. We are the first to know the exact prices of all versions