It is December 10/2019 and the Redmi press conference is still taking place in China. New smartphone Redmi K30 was only officially introduced a moment ago and we are the first to bring you complete information exclusively.

The new Redmi grew into a beauty

The new Redmi K30 is definitely not one of the smaller ones, but we still have to admit that the overall look of the designer in Redmi was again successful. The smartphone comes up in four color versions in blue, pink, red and white.

Some color versions have a grandiose character and shades may change under the incident angle of light.

The front of the Redmi K30 smartphone is a large LCD panel with "space" for front cameras and a thin frame. The body of the smartphone is rounded at the sides and thus points towards the side edge with thickness only 2,44 mm. This consists of a metal alloy frame in the color of a smartphone. 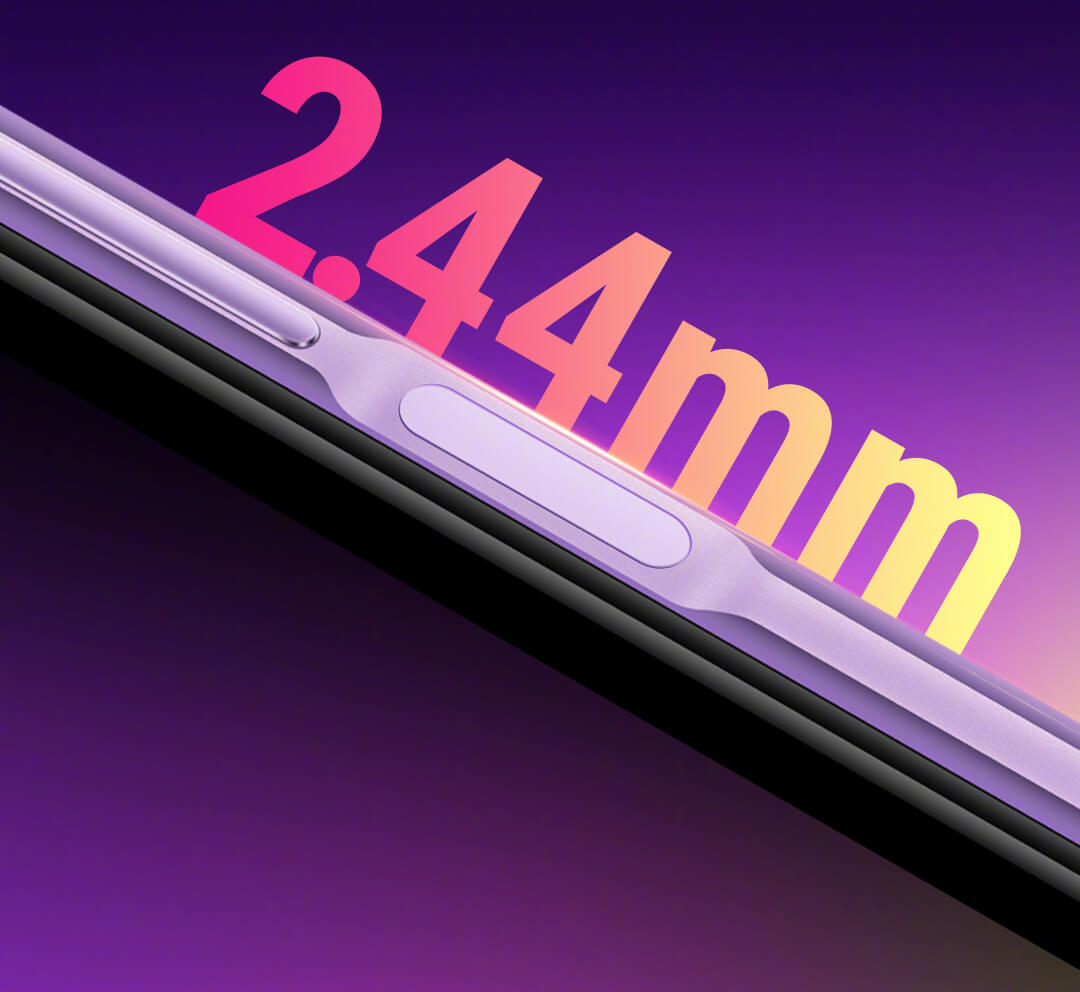 It is recessed on the right side hardware button with fingerprint reader. At this point, the slim side line widens slightly due to the comfortable and error-free unlocking of the smartphone with the thumb or fingerprint. 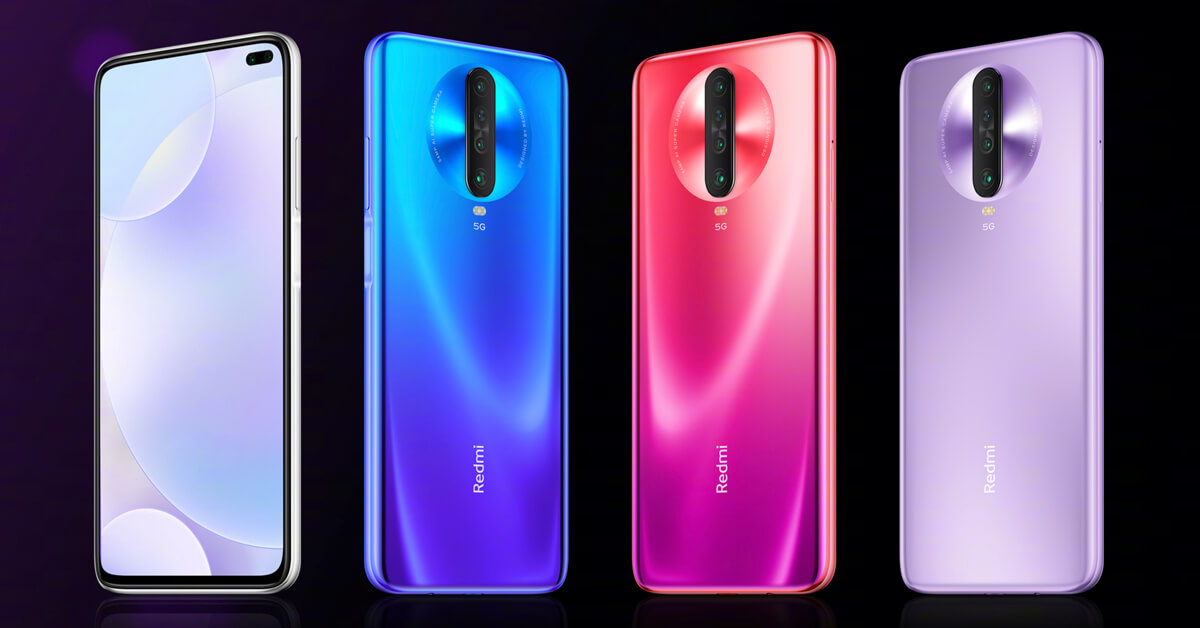 At the bottom of the perimeter frame are three stylish cutouts for the speaker and microphone opening. It's in the middle USB connector type C a 3,5 mm audio connector for headphones. Drawer for two SIMs cards in combination with a microSD card slot in the left part of the frame.

At the back, a module with four cameras below it dominates, which is located in a circle. It has shades of the same color as the rest of the smartphone, but is structurally different from the rest of the back panel. Below the camera module is located dual LED flash. 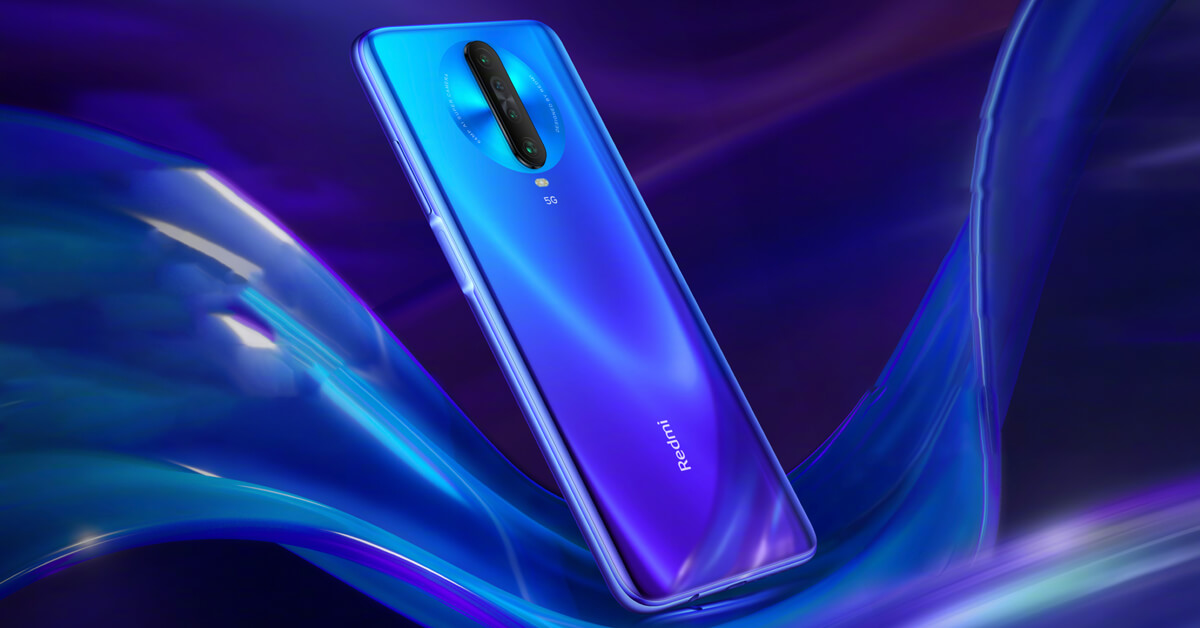 The dimensions of the device stopped at 165,3 76,6 × × mm 8,79 however, thanks to design details such as grand shades, body roundness, a slim side line and a circle around the cameras, it does not look robust at all. The Redmi K30 weighs 208 g. 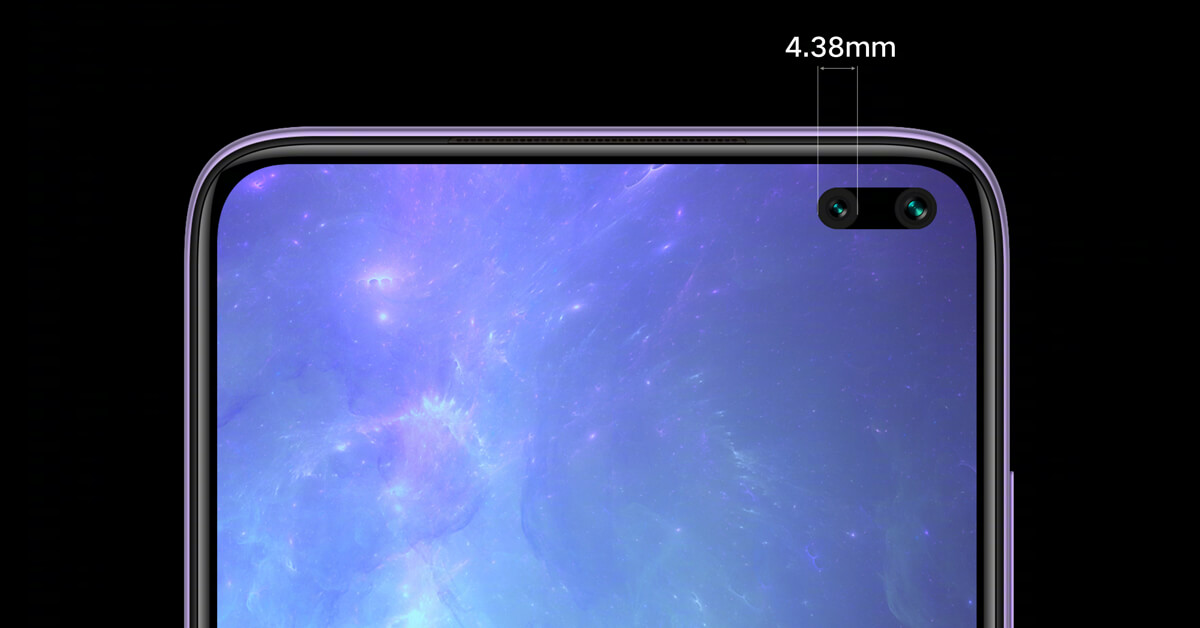 The biggest technological innovation in which the Redmi K30 is a pioneer is increasing the display refresh rate up to 120 Hz. Of course, the user can adjust it in the settings to half the value of 60 Hz, which was standard in previous smartphones Xiaomi and Redmi. 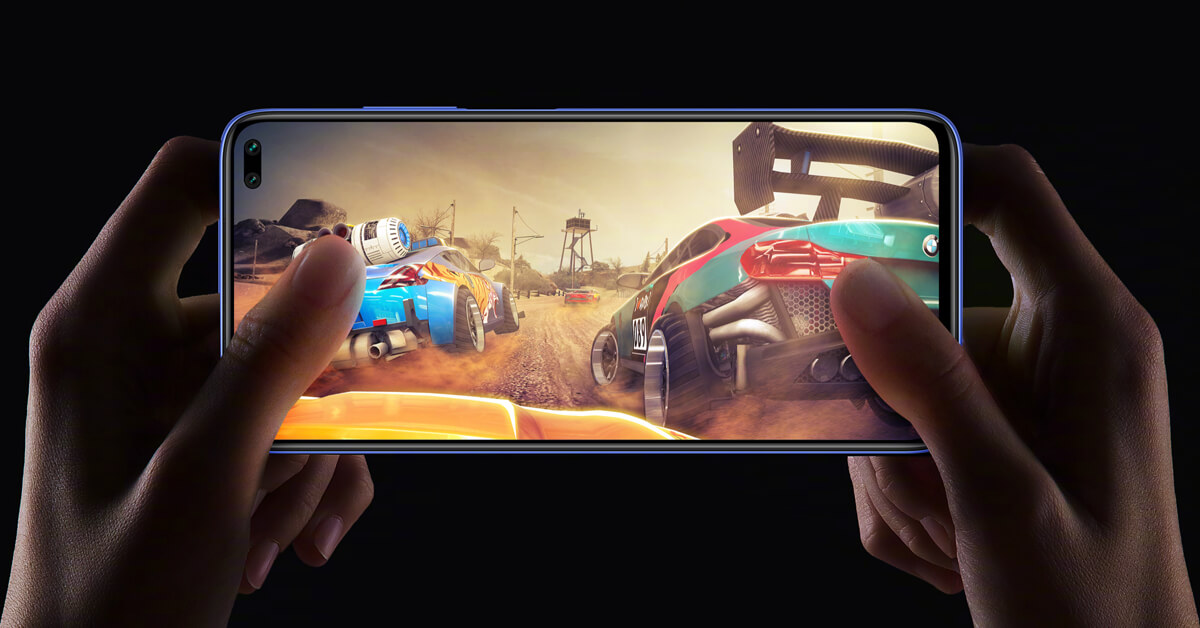 A big innovation that we have not seen in Xiaomi's smartphones so far is the placement of front cameras. First of all, the Redmi K30 is the brand's first smartphone with two front cameras.

The manufacturer chose a hole for their location and not a cutout. The so-called "shot" of elongated shape is located in the upper right corner of the display. It removes part of the top notification bar, but we are already looking forward to imaginative background wallpapers that will use it as a graphic element.

As announced before the show, the Redmi K30 comes in both 4G and 5G versions. At first glance, the difference may seem simple, but in reality it is not. The difference between these two versions will be not only in the networks and price, but also in the internal construction.

Supporting 5G networks in a smartphone requires not only a special modem, but also sophisticated heat dissipation, many more antennas and even a larger motherboard. Redmi therefore had to spend considerable funds on the redesign of the 4G smartphone to the 5G version, research and development.

The world's first smartphone with the Snapdragon 765G

Qualcomm has only recently introduced a new model of the Snapdragon 765G chipset with support for 5G mobile networks. However, it has not yet been integrated into any smartphone and the Redmi K30 is the world's first device with this processor.

The set is completed by another six smaller Kryo 475 Silver cores (Cortex-A55) operating at frequency 1,8 GHz. 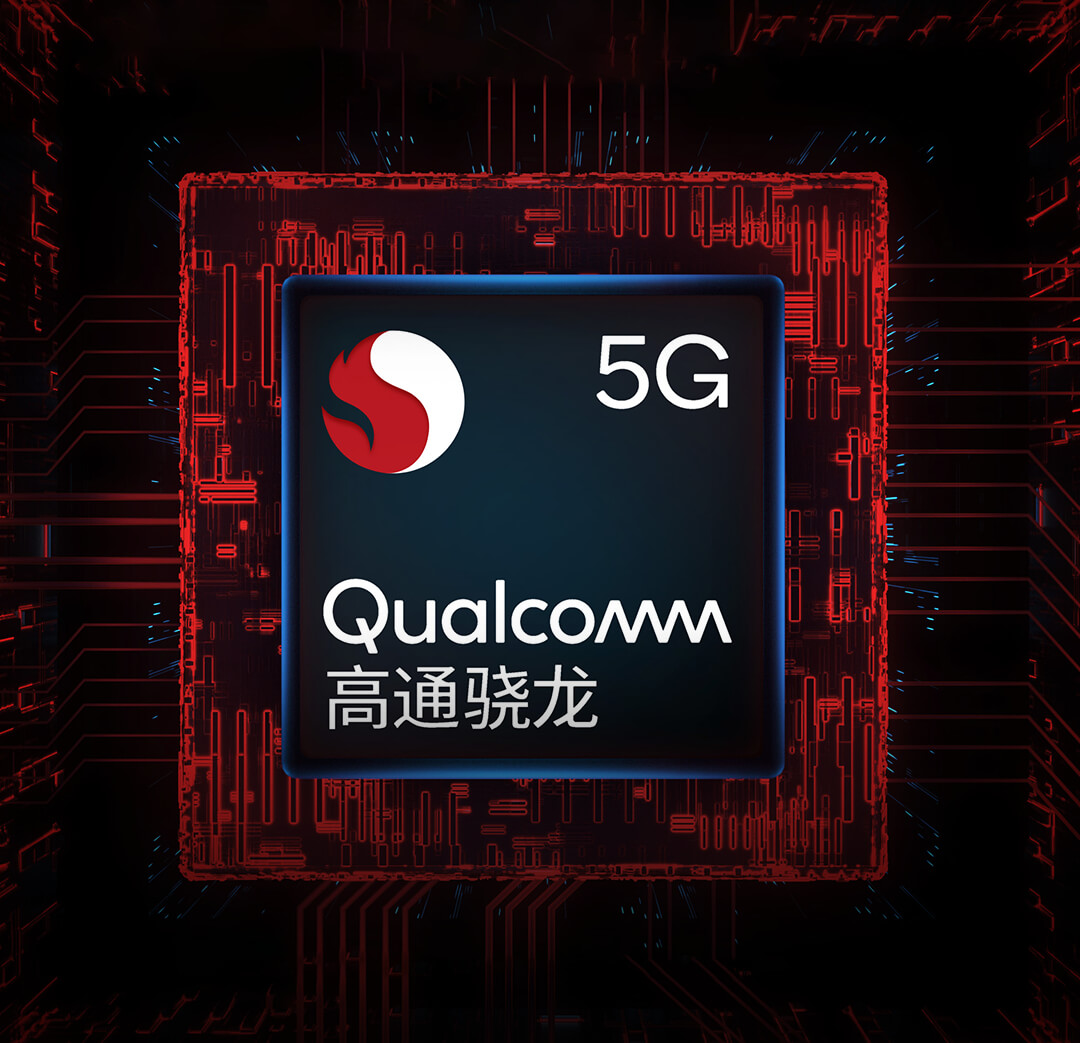 As for the graphics chip Adreno 620, it promises 38% better performance than its predecessor Adreno 618. The fact that it is a really powerful combination is also confirmed by the performance score achieved in the AnTuT test, which has up to  302 847 points.

The chipset comes with a 5G modem Snapdragon X52which achieves a data download speed of 3,7 Gb / s and a data download speed of 1,6 Gb / s over sub-6 GHz and mmWave. The Redmi K30 is the first smartphone to support dual 5G technology. This means that it can connect to a separate 5G SA network, but also to a non-independent NSA network that operates on the LTE network structure. 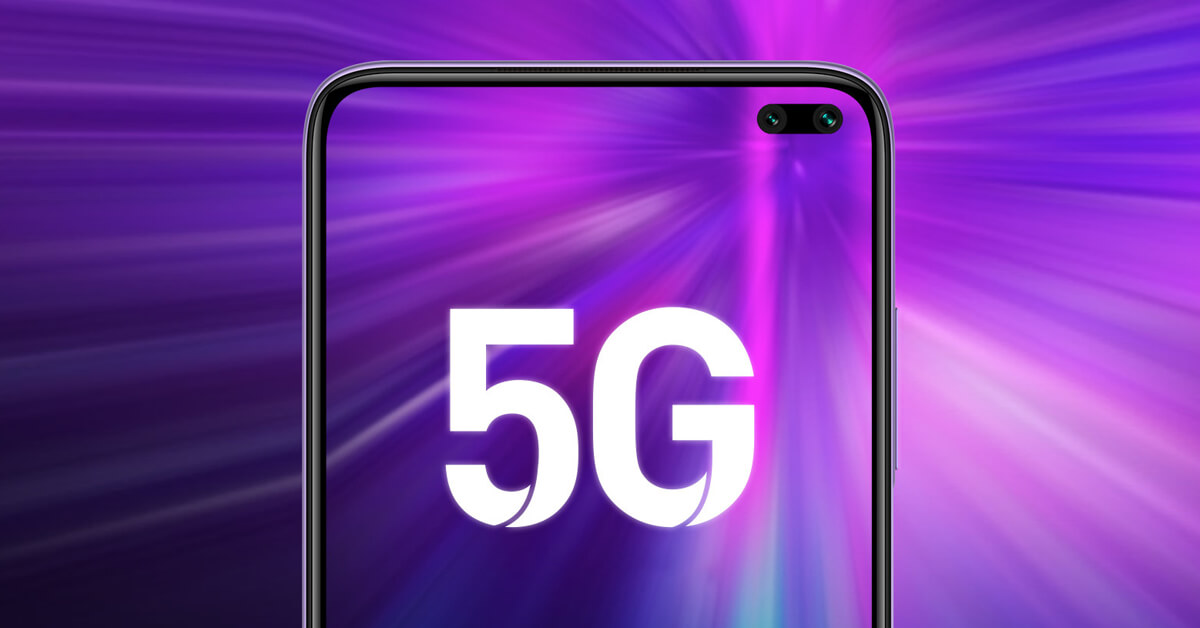 To meet user requirements, the Redmi K30 also comes with several memory versions. The customer will be able to choose from versions with 6 or 8 GB RAM. The storage will have a capacity of 64 GB, 128 GB and 256 GB.

As expected, the smartphone comes with a total of six cameras. These are divided into 4 rear and two front. The rear camera assembly looks like this: 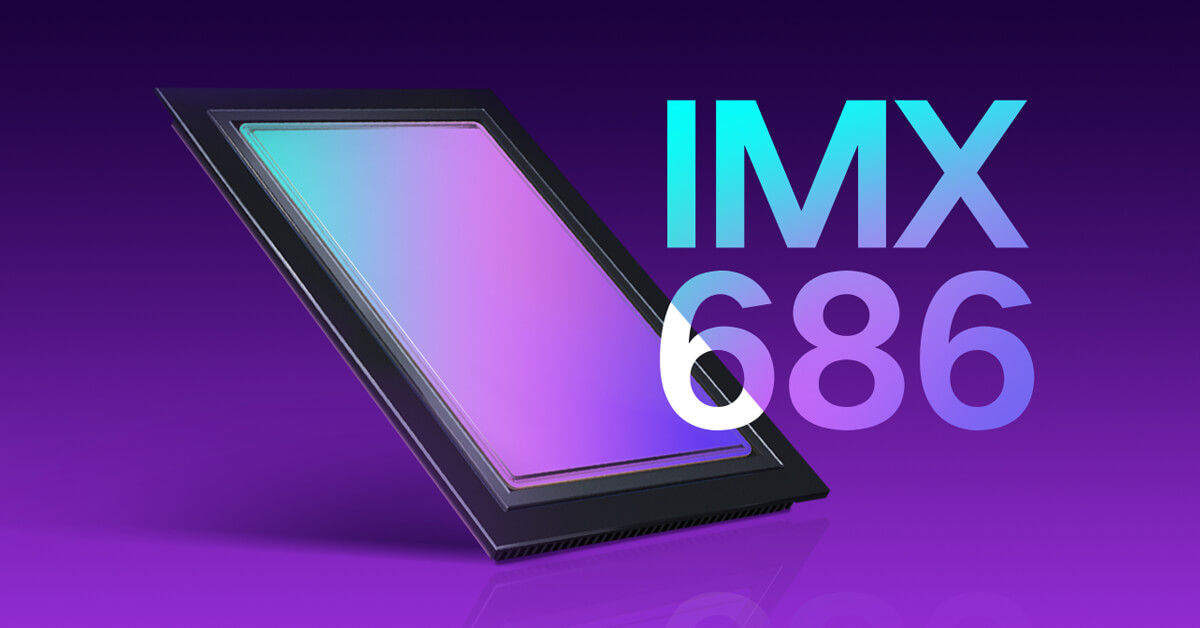 These sensors will complement the dual LED flash located below them. The Camera application in MIUI has a wide range of modes and settings as well as various filters and image adjustments before shooting. Of course, there is also an artificial intelligence mode that adjusts the Quad camera's settings to capture the best possible shot. 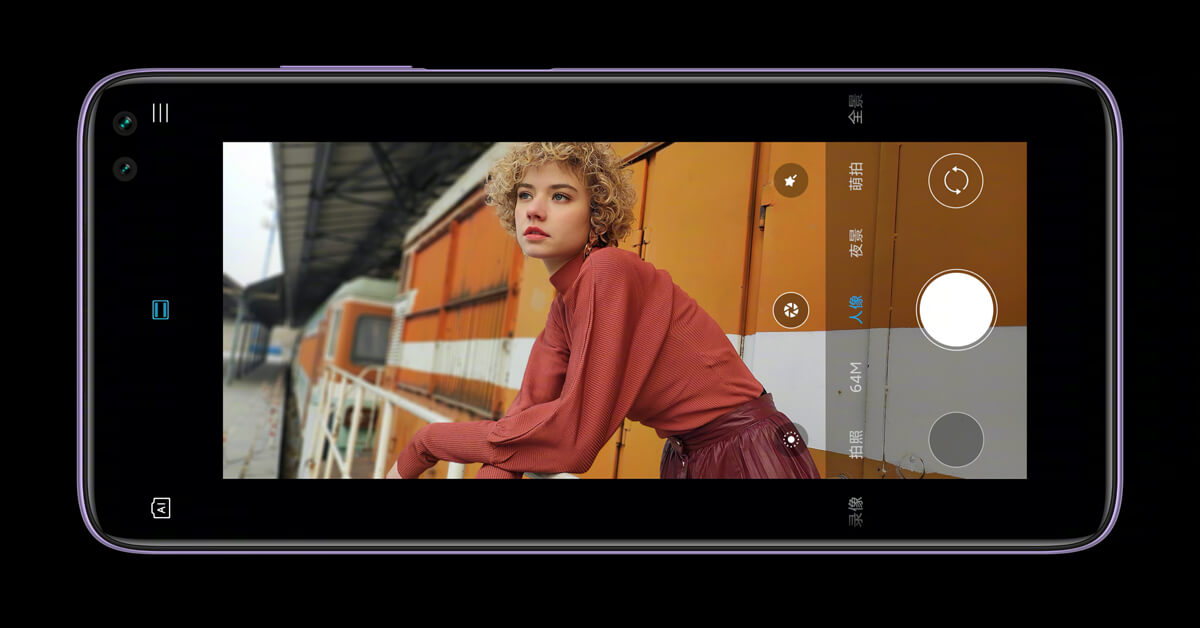 Other camera features include RAW photos, the Vlog feature, which allows the user to trim video with effects directly on a smartphone or super-night mode from the Xiaomi CC9 Pro model (Mi Note 10).

The big innovation that comes with the Redmi K30 smartphone for the first time is combination of two front cameras. Their location is chosen by the manufacturer in the display opening, which we have already described. 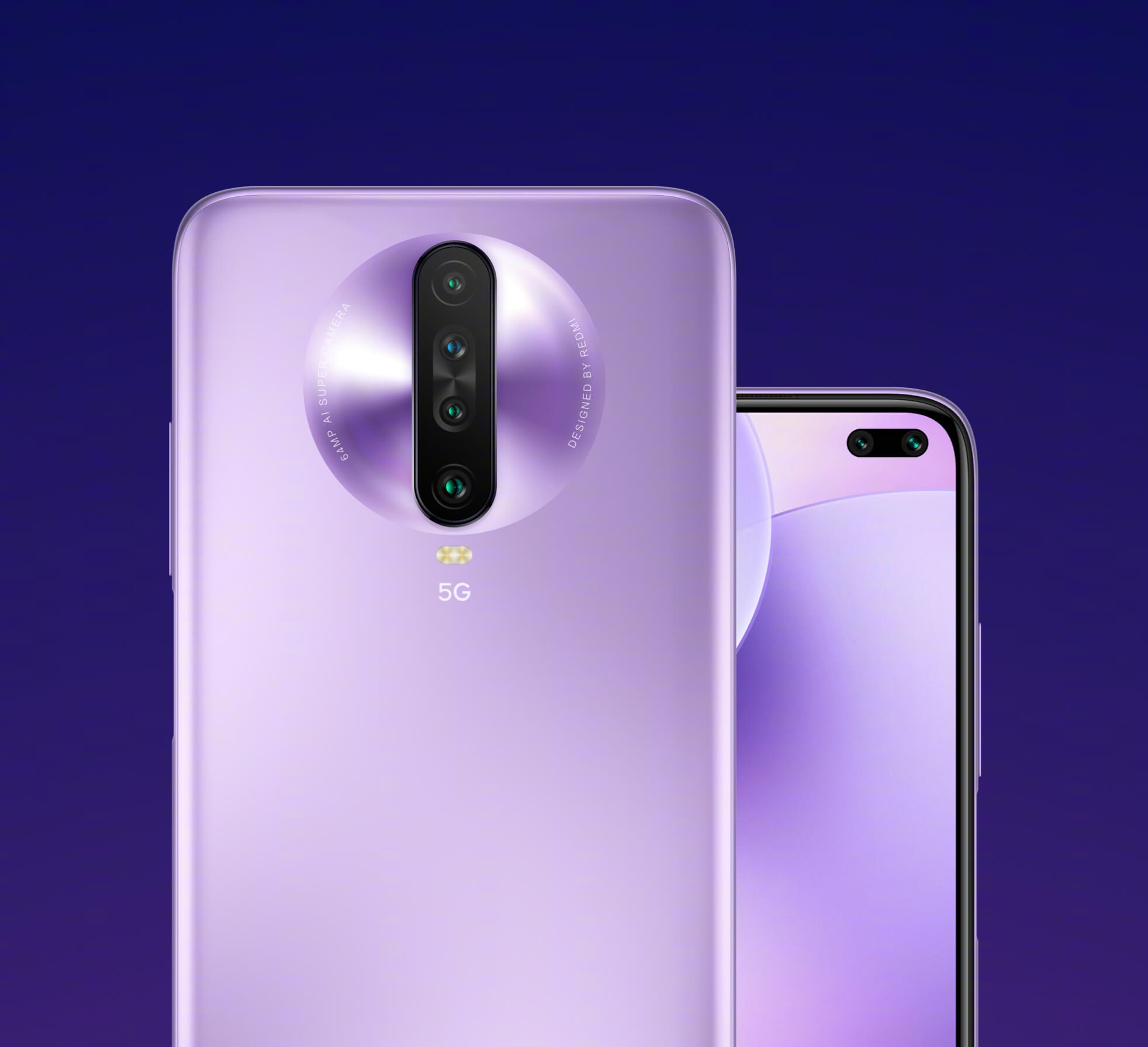 The primary front sensor has a resolution 20 MPx. It has an aperture of f / 2.2, and a pixel size of 0.8µm. The second is 2 MPx sensor, it is a depth sensor with a pixel size of 1.75µm. This combination is capable of recording 1080p video at 30 frames per second.

Other equipment features also include news

She is present 5G MultiLink technology that ensures that seamless downloads are no longer hindered by connectivity. Thanks to the technology used, the smartphone will support at the same time 2,4 GHz, 5 GHz Wi-Fi connection and also 5G mobile connection. 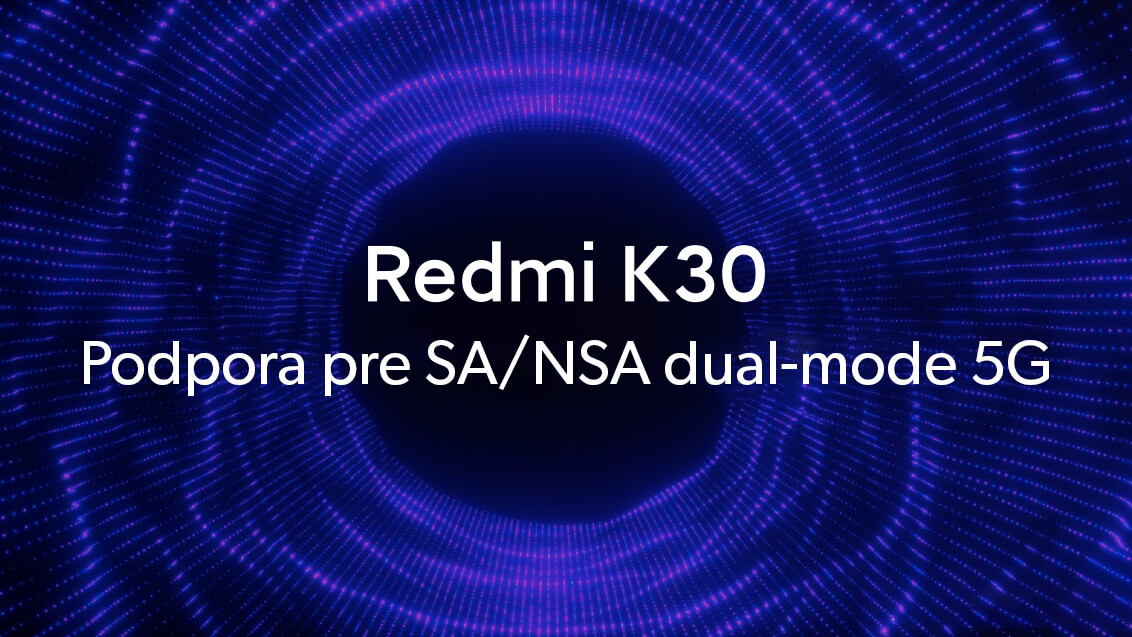 Another improvement is the use dual location search technology. This feature will mainly improve the speed and accuracy of the user's position without inaccuracies or outages. All available navigation systems such as  GPS, GLONASS, GALILEO aj BDS.

In the lower part there is also ultra-linear speaker with new technology that delivers cleaner sound, but above all a truly high volume. In addition, the present is already mentioned 3,5 mm audio jack with certification Hi-Res audio.

The manufacturer integrated the Redmi K30 proper battery with capacity 4500 mAh. It supports fast 30W Fast Flash Charge charging, thanks to which it is possible to charge the battery from zero to full capacity already in one hour.

As expected, the manufacturer also introduced the Redmi K30 in the 4G version. It is designed for customers who cannot or do not want to use 5G mobile networks. Redmi K30 4G looks from the more expensive 5G version indistinguishable. The 5G mark is missing on the back under the dual LED flash and this is the only visual difference. 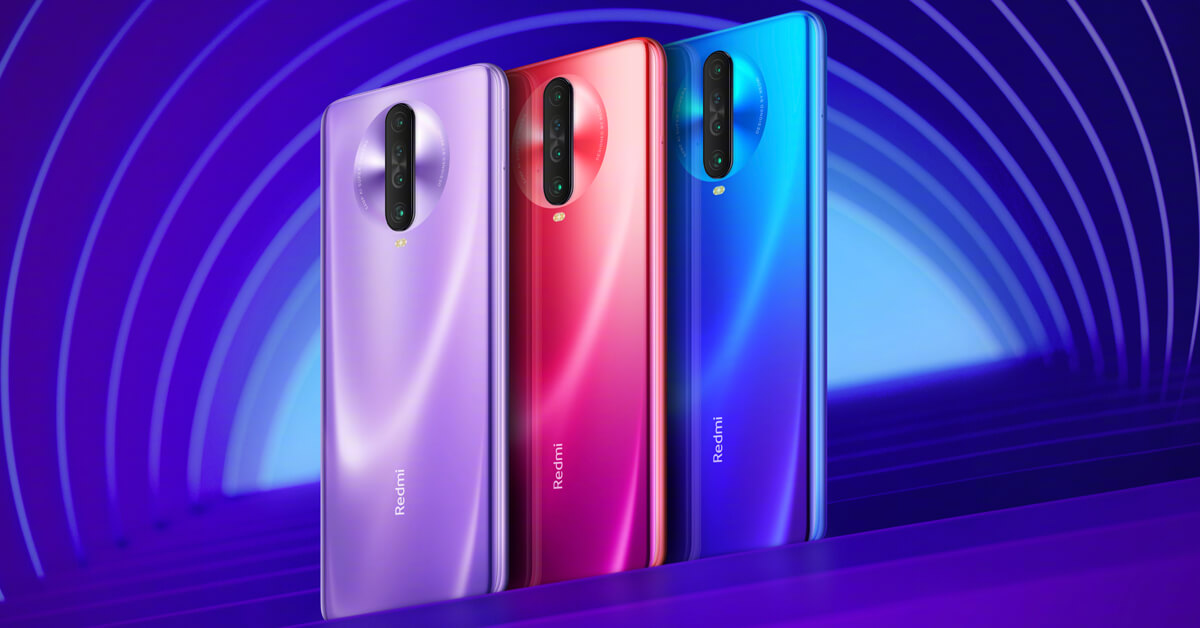 Another difference is the use of a processor. Redmi has integrated the Snapdragon 4G into the 730G version of the smartphone, which we know from the Xiaomi Mi Note 10, for example. It achieves similar performance values ​​as the SD765G, but does not support 5G mobile networks. 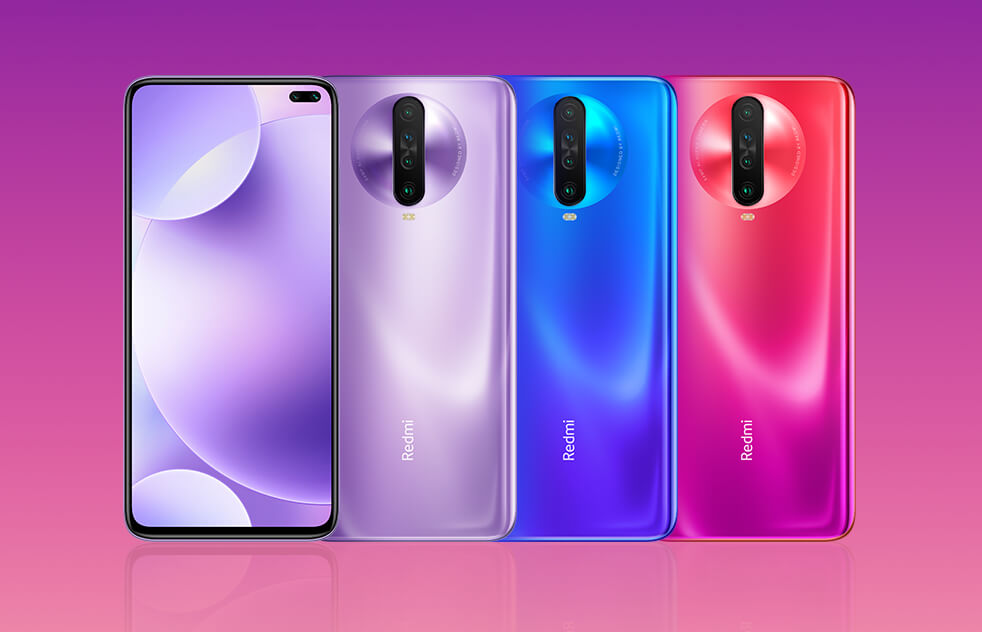 The Redmi K30 4G also has a slightly slower charge 4500 mAh battery 27 W fast charging compared to 30 W in the 5G model. Other parameters such as the amazing 120 Hz display or the 64 MPx Sony camera have been retained.

The prices are crazy

Even with the Redmi K30, the brand confirms its policy in that it brings the best ratio of equipment at the best price. Although the new Redmi K30 smartphone is currently only intended for the Chinese market, its prices are very interesting and favorable.

Will there be a global version?

If the Redmi K30 is available in a global version, we will send you an email. ?

Himo C26 is a great electric mountain bike from Xiaomi. Up to 100 kilometers per charge