As promised to us yesterday, today we will learn the official name of the expected Redmi flagship. The company's director, Lu Weibing, revealed the name on his profile on the Chinese social network Weibo.

Zo four possible designations, which Lu Weibing revealed to us yesterday, the team behind Redmi decided for one. We won't drag you anymore and we'll unpack it right away. The official name of the most powerful Redmi smartphone yet is Redmi K20! 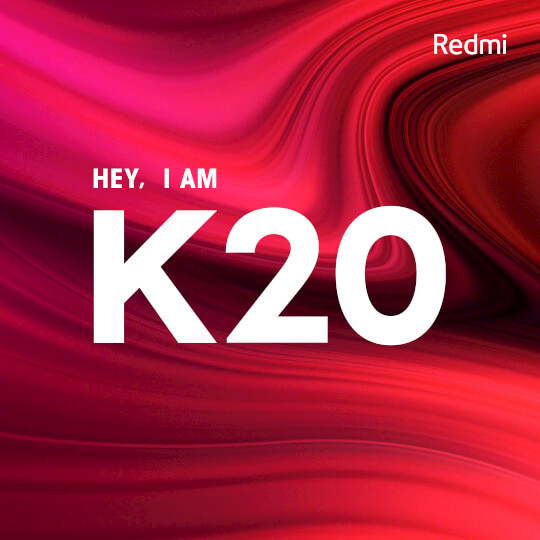 Lu Weibing even explained what exactly this designation meant. The letter "K" means "Killer", tj killer. This designation is intended to capture the main goal of the new flagship - to offer an unbeatable price-performance ratio.

The brand director also has an explanation for the number 20. In his contribution, he mentions that the marketing of the Redmi brand is much more efficient than the marketing of other brands. He also says that while Xiaomi has so far arrived at number 9 with the Mi 9, Huawei is already at number 30 with the flagship P30.

He admitted that they really have to learn from Huawei and that Redmi's flagships will start at number 20. This explanation may be less logical, but anyway, this is how the management of the Redmi brand decided and the name of the novelty is clearly defined.

Previous leaks were not so out

If you're watching the regular information about the Redmi flagship, be sure to see a photo of the base film that is pasted on the smartphone display in the package. The foil revealed the name Redmi K20 Pro, which agrees with the official designation announced today. 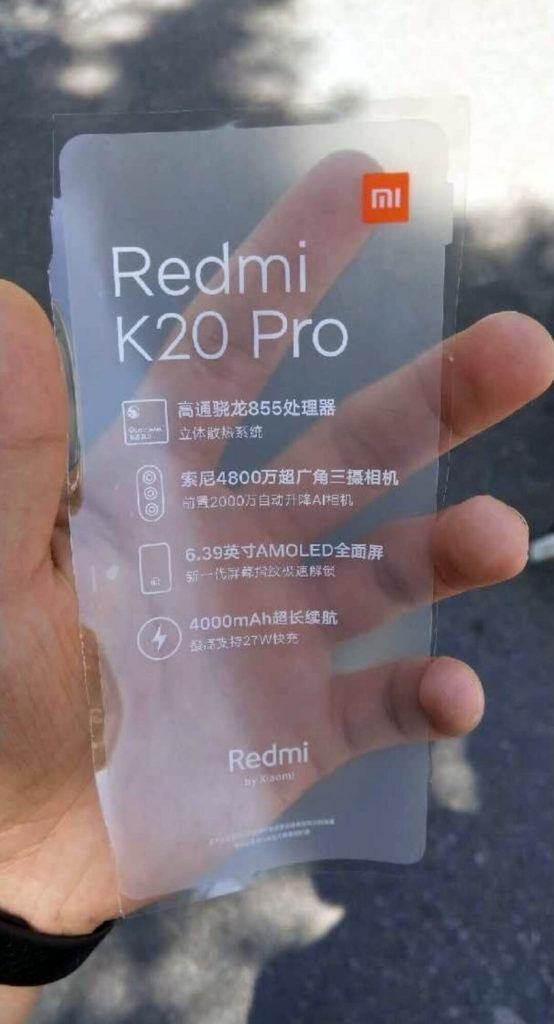 It is very likely that the Redmi K20 Pro will be the real flagship. He has to come with a processor Snapdragon 855, 6,39 ″ AMOLED display, fingerprint sensor in the display, 4000 mAh battery with fast charging, triple 48 MPx rear camera or a retractable front 20 MPx camera.

According to information known so far, Redmi is preparing another smartphone that will be equipped with a processor Snapdragon 730. Due to the processor used, it will be an upper-middle-class smartphone, and this may be the Redmi K20 model.

As we already know Lu Weibing, he will soon reveal something new about the Redmi K20 flagship again. We are constantly monitoring him and we will inform you immediately about everything. Definitely don't stop watching us. For hot Xiaomi news, you can also subscribe to our newsletter below.