AnTuTu brings the ranking of the most powerful Chinese smartphones for May 2020. There is also a TOP 10 middle class

Known application AnTuTu regularly provides a ranking of the most powerful devices in performance testing.

In addition, the results are made from more than 1000 test samples from each piece of smartphone. Now let's imagine the most powerful ones chinese smartphones for May 2020.

It is becoming the most powerful Chinese smartphone in May 2020 OPPO FIND X2 PRO. It offers the flagship Snapdragon 865 processor, in a configuration of 12 GB RAM + 256 GB storage.

The smartphone received a total of 604 points. The OPPO model also took second place, namely OPPO Find X2 with the same processor and a gain of 600 points. 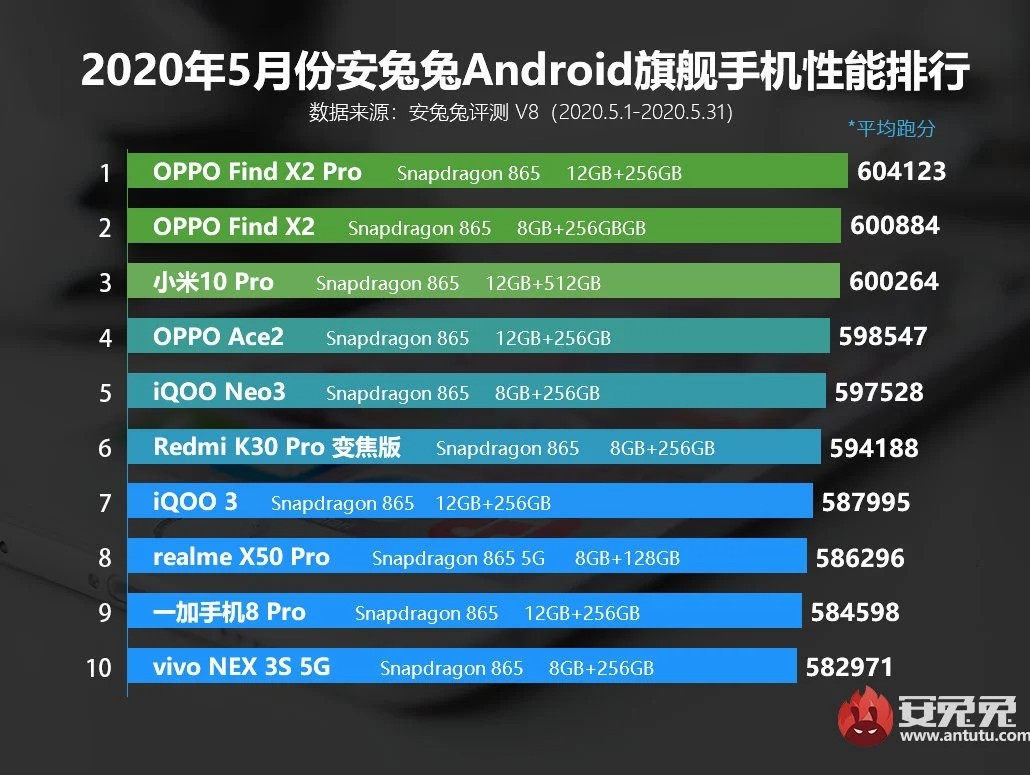 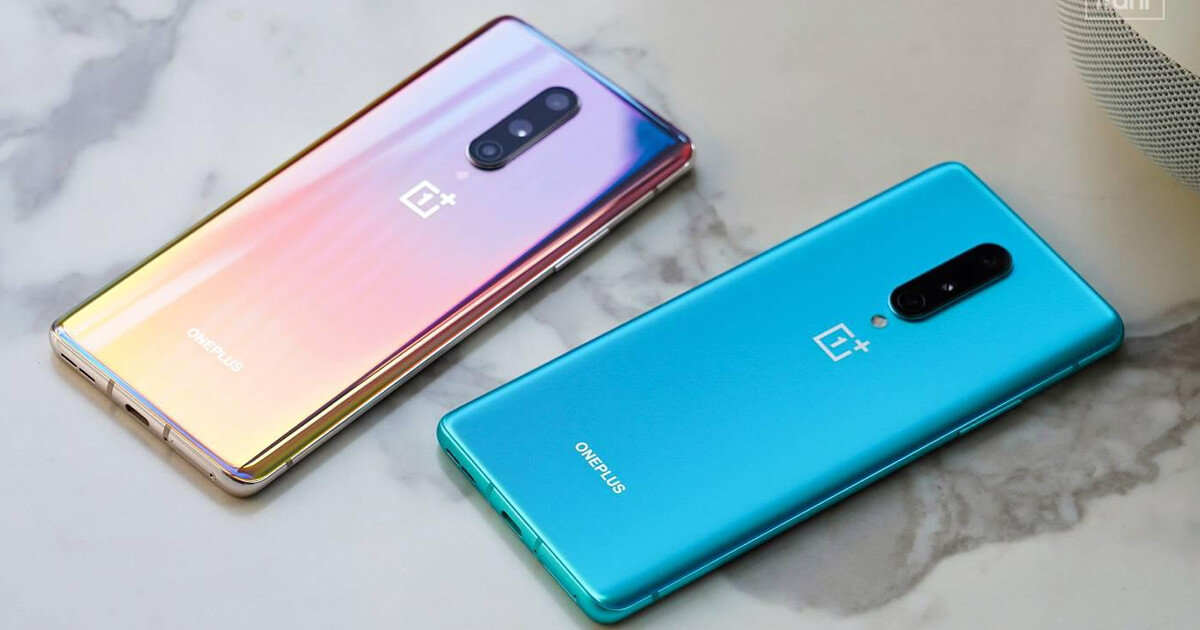 He is the leader in the ranking of Chinese middle-class smartphones Oppo Reno3 5G with a MediaTek Dimensity 1000L processor, in a configuration of 8 GB RAM + 128 GB storage and a gain of 403 points. He took second place Honor 30 with a HiSilicon Kirin 985 processor and a gain of 387 points. 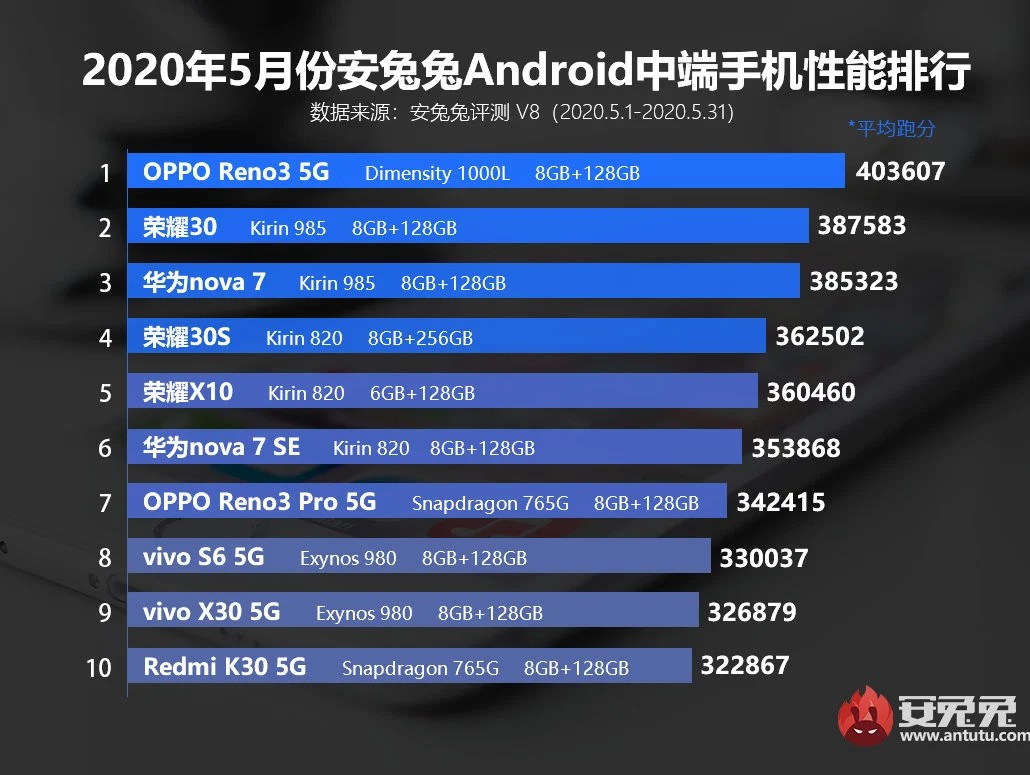 In sixth place is the model Huawei Nova 7 SE also with a HiSilicon Kirin 820 processor and a profit of 353. The seventh place belongs to the smartphone OPPO Reno3 Pro 5G, offered by the Snapdragon 765G processor and scored 342 points.

Redmi Display 1A as the cheapest 23.8 "monitor from the Xiaomi portfolio in the EU stock costs only 107 €

Redmi 10X 5G is a really hot smartphone. In 5 minutes of sales, it exceeded the turnover of 100 million Chinese yuan