After introducing the new Amazfit watch models, we decided to prepare a popular product comparison. On August 29 / August, Huami presented the watch at a press conference Amazfit GTS a Amazfit Sport Watch 3 - also referred to as Stratos 3.

We have added another model to the news

We have added another year's and very popular model to the presented news Amazfit GTR, namely their 47 mm version. See what the comparison of the basic parameters in the table looks like:

Extensive texts are not waiting for us in today's comparison. Each of the models has its advantages and specifications, thanks to which it is unique. The basic functions that can be expected from a smart watch are provided by all three models being compared.

If there were only these three models to choose from, which should I choose and why? This question has many very subjective answers and we will try to guide you. Today, we do not divide the article according to the comparison of specifications, but according to the watch models.

Thanks to their hardware, this watch has one important extra function. Stratos 3 have 4 GB of storage spacefrom which they can play music. This significantly distinguishes them from the other two compared models. If you need this pleasant doping during training, you don't have to read any further and Stratos 3 is just for you. 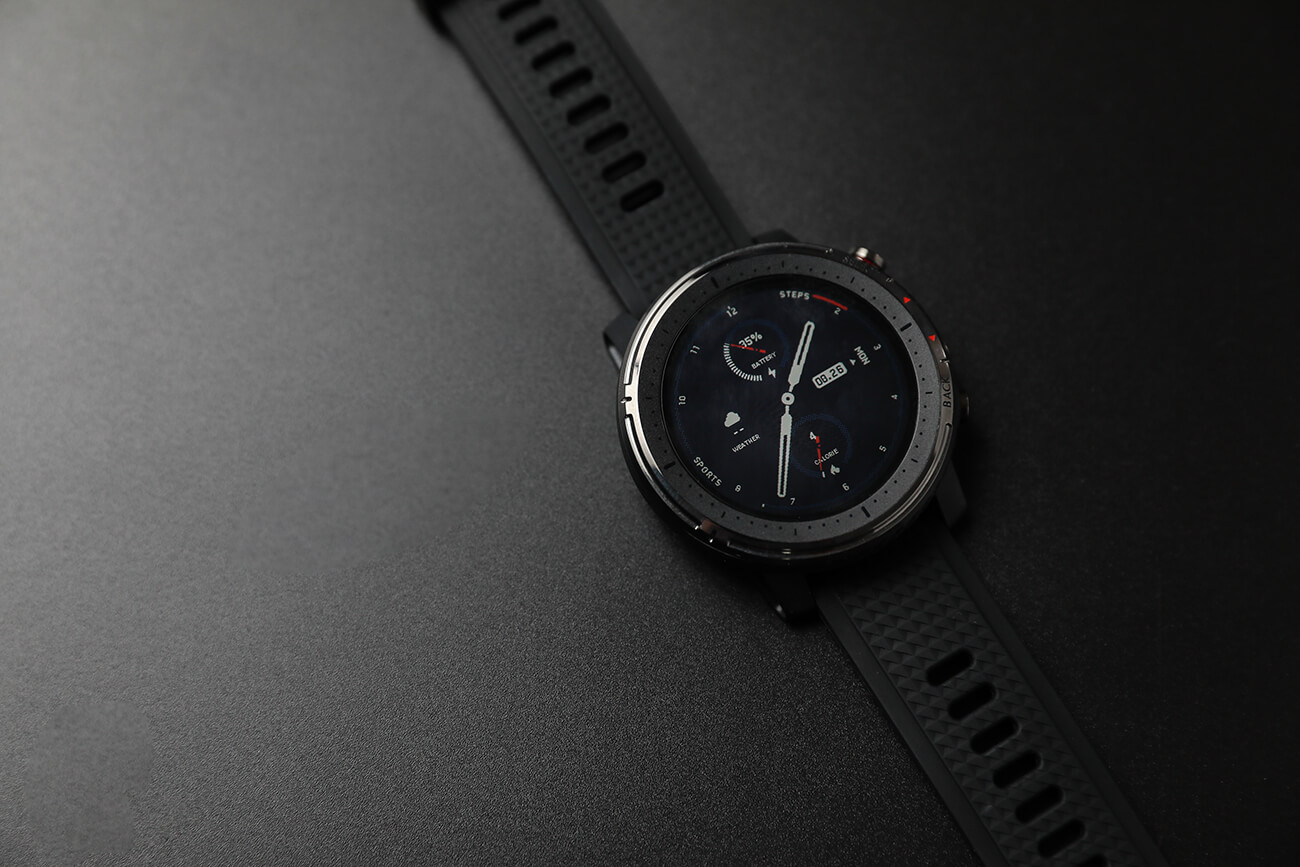 Their other advantage is connectivity. Not only do they have a Bluetooth connection and an NFC module. missing WiFi support and up to four satellite positioning systems. We found another advantage over opponents, and that was support 19 sports modesthat can monitor and evaluate. For the other two watches, it's a little less. 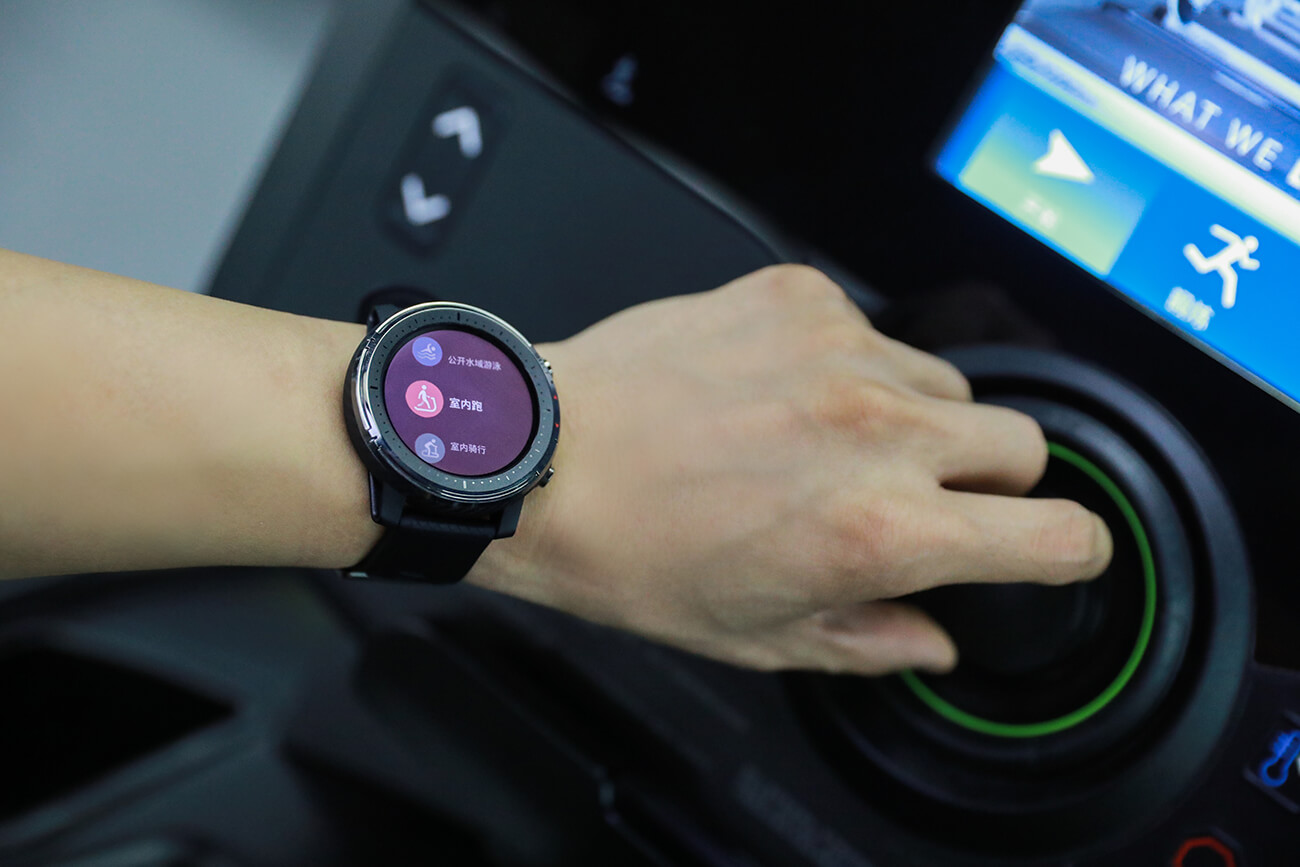 The reflective display is a debatable element in the Stratos 3. Although it is a quality technological novelty, it has the lowest resolution and dimensions. We cannot evaluate its real properties in use yet. 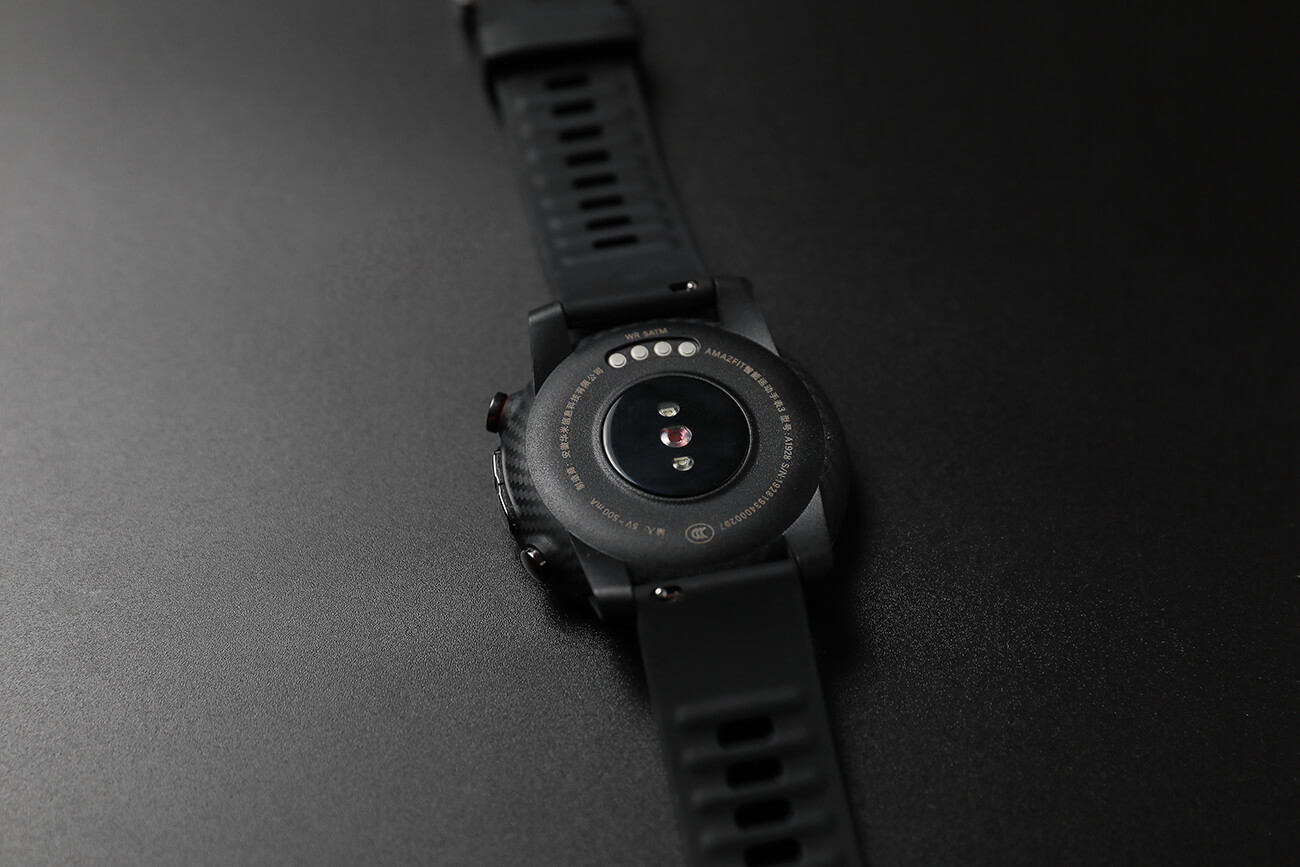 The main disadvantage is the paper's weakest battery life among the compared models. If we evaluate subjectively, we would include even larger dimensions and weight among the disadvantages.

So far, the introductory price of this watch starts at 1299 yuan, which is converted 163 eur / 4220 CZK. This makes them the most expensive model. They are not for sale yet for us and we have no further information about the availability of the global version.

With this model, decision-making is even easier than with the Stratos 3. Among the models being compared, they form a gray average. So how should they entice you?

It is obvious at first glance. It's their different design. Although in this case in Huami they "described over the shoulder" from Apple, it can be said that they did not take a bad step and will certainly find a wide base of fans of this model. If you prefer squares to circles, you don't have to make a difficult decision. However, we can also include the copied design as a disadvantage. 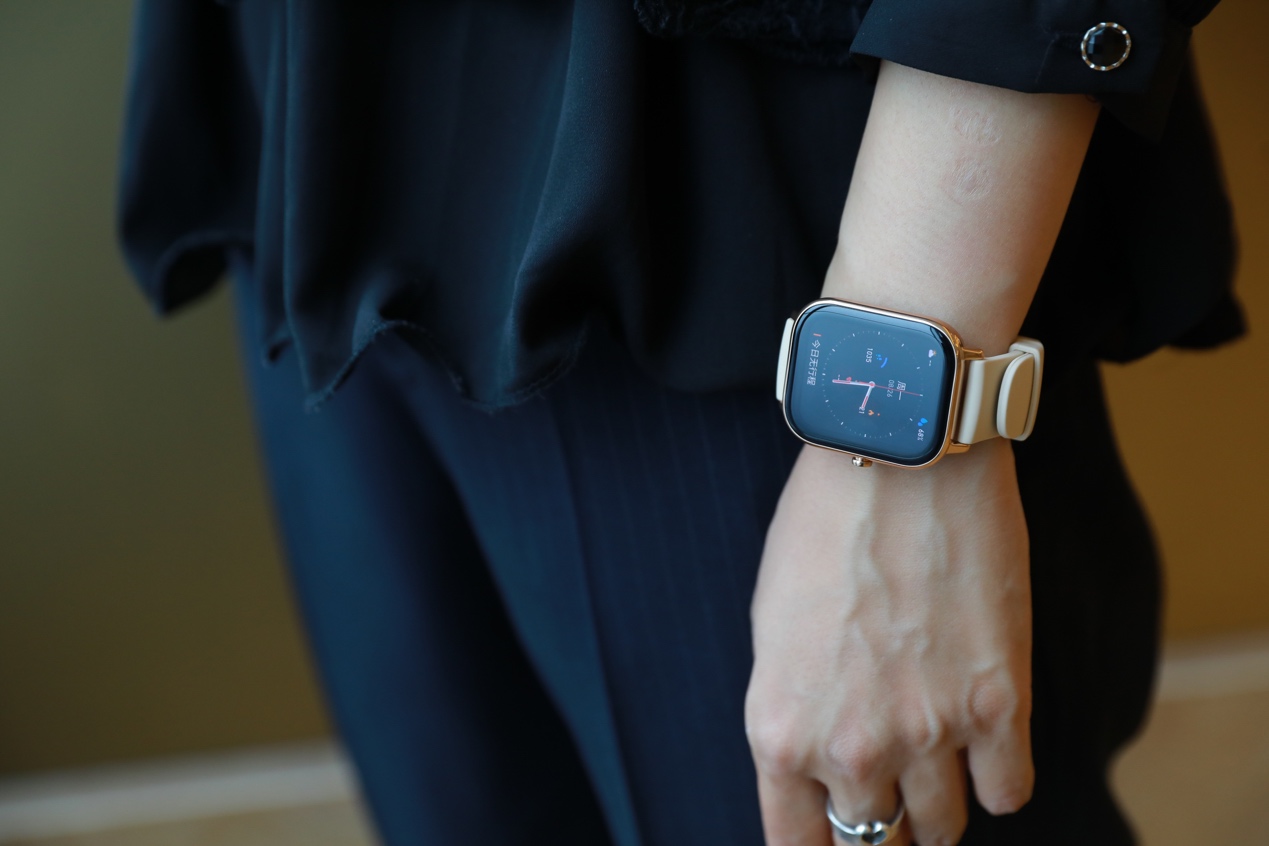 The advantage of the Amazfit GTS model is definitely their AMOLED display with a diagonal of 1,65 inches, into which they managed to squeeze a resolution of up to 348 x 442 pixels. These parameters even surpassed Apple in Huami. From the compared models so have GTS largest display and its square design ensures a clear display of multiple items.

The pleasant and the smallest parameter of all three watches being compared is the weight as well as the dimensions.

The other parameters are somewhere in the middle and "GTSka" is no longer heated by anything. However, the best price of all three can attract you to them. At the introduction of the watch, the value of 899 yuan was proudly revealed, which is calculated 113 € / 2920 CZK. The global version should go on sale in the second half of September.

We certainly don't have to introduce the GTR model. We wrote about him many times and he even appeared in some comparison. In addition to offering all the standard features, the Amazfit GTR is particularly impressive with its luxurious yet discreet appearance. It is simply a gem, which also has wide variability in the form of several versions of dimensions or materials used. 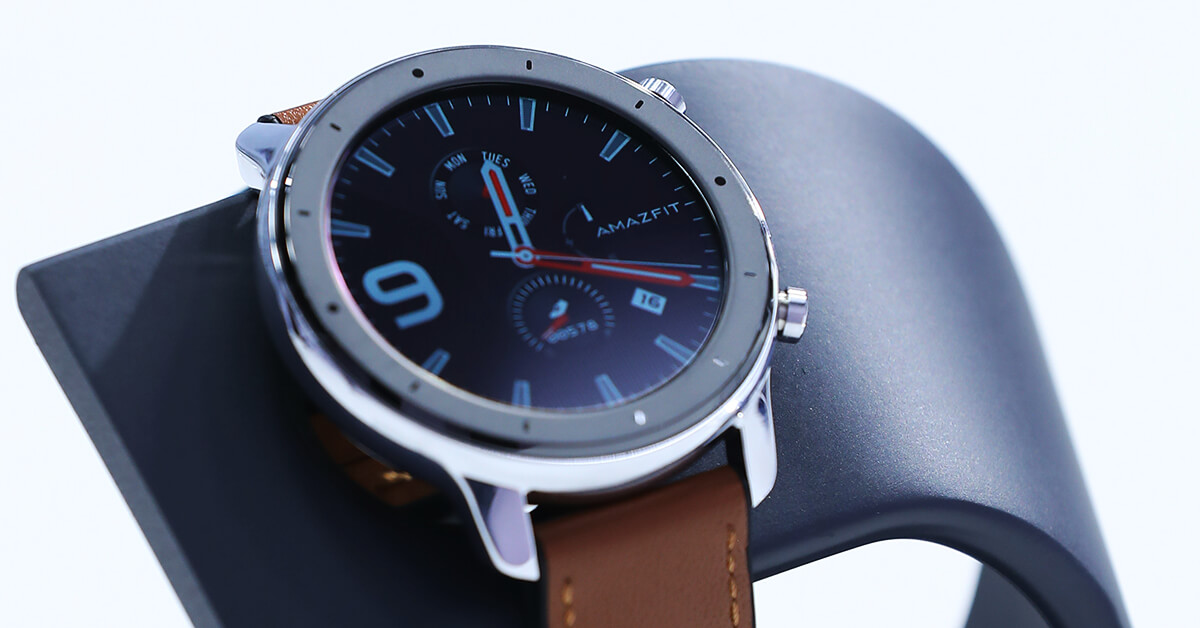 Although subjective, but boldly we can evaluate them as the most beautiful of the three. Add to that the beautiful AMOLED display with a diagonal of 1,39 inches and an incredible resolution of 454 x 454 px. This figure puts them in first place ahead of GTS and Stratos 3.

Another uniqueness of the Amazfit GTR watch is its powerful battery and the best endurance ever in a Huami smart watch. In normal mode, they should last up to 20 days. Cons are very difficult to find with this almost perfect model. Anyway, a storage space with the ability to play music would be a pleasure.

Even the price does not make this model an outsider and them global version is available since 126,70 € / 3258 CZK. ? Click here and you get to the discount offer.

As we mentioned in the introduction, all three watch models will provide the features you expect from them. The final decision is, as always, up to you and your priorities. In this case, a little in terms of the design that suits you best.

We will make it easier for you with three bullets:

Did we help with the decision, or did we confuse our heads even more? Write us your opinion, which one would you choose and why?

Xiaomi is coming with the second generation Mijia night light. It has many improvements and is still perfectly cheap