The Segway brand, which currently belongs to Ninebot, also supported by Xiaomi, has a successful campaign on the well-known Indiegogo portal.

? NEWS: We have created a place where there should be no Xiaomi fan. join.

The manufacturer, known mainly for the production of electric scooters or other means of transport, presented the madman Segway Dirt eBike.

Electric dirt bike as it should be

The Segway Dirt eBike is an ecological, electrically powered dirt bike, ie a small and light motorcycle designed primarily for off-road riding with electric drive. It is compact, light, easy to use and easy to maintain and comes in two models - X160 a X260. 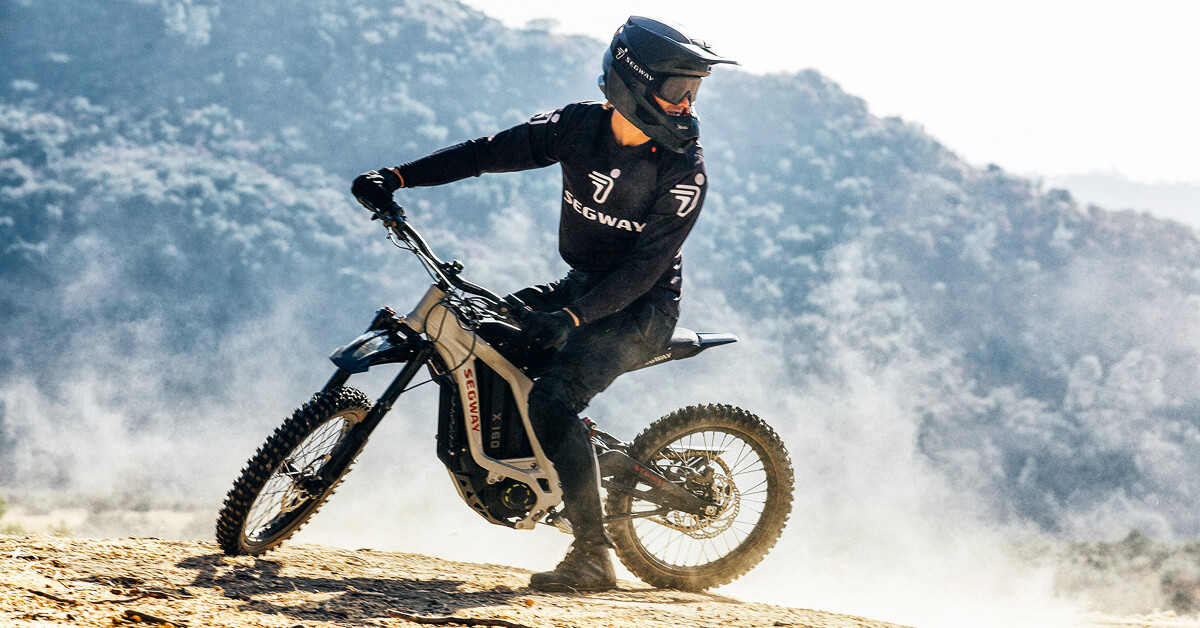 This model is the smaller of the two machines on offer. It has a curb weight of only 48 kilograms and its wheels have a diameter 17 inches. The engine of this model has a power of up to 3 000 W and reaches maximum torque 220 Nm. The X160 can develop maximum speed 50 km / h and has a range of approx 65 km.

The lithium battery is charged for approximately 4 to 5 hours and has a capacity 960 Wh. Just for the sake of interest, if we multiply the capacity by the voltage, we get an indication of the capacities of the batteries in mobile phones, which is approximately 16 mAh in this case. 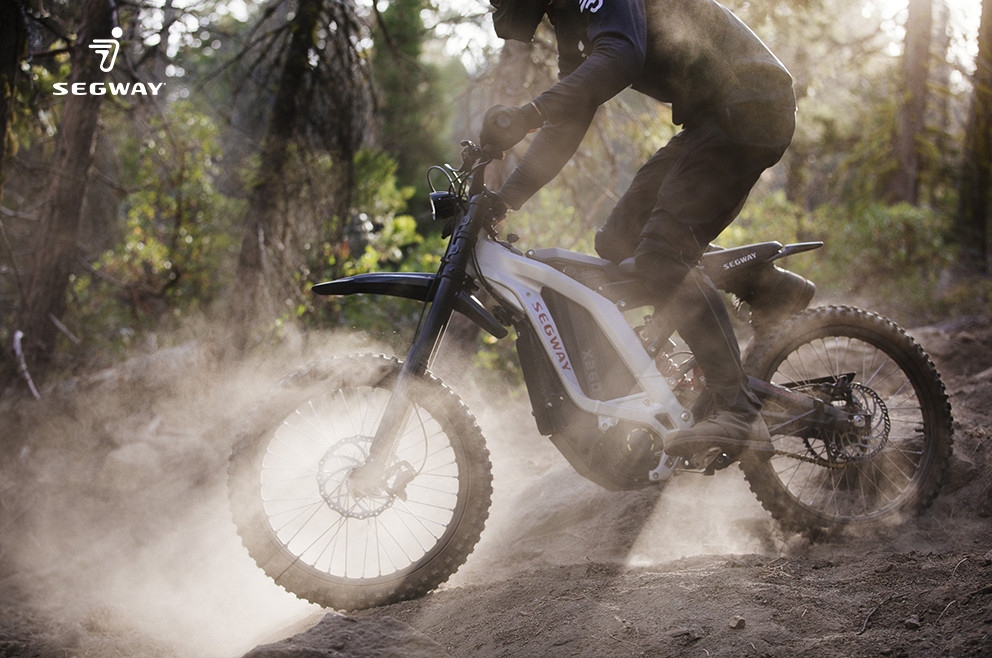 The Segway Dirt eBike X160 has a single-arm front suspension with adjustable stiffness. The range of the rear shock absorber is 75 mm and its rigidity can also be adjusted. The clear height of the ebike X160 is 22 cm.

This eBike was inflated in almost all parameters compared to the smaller twin. It has a curb weight 56 kg and its wheels have a diameter 19 inches. In this case, the engine has power 5 000 W with maximum torque 250 Nm. The X260 can drive at maximum speed 75 km / h and it has a range of approximately up to one charge 120 km. 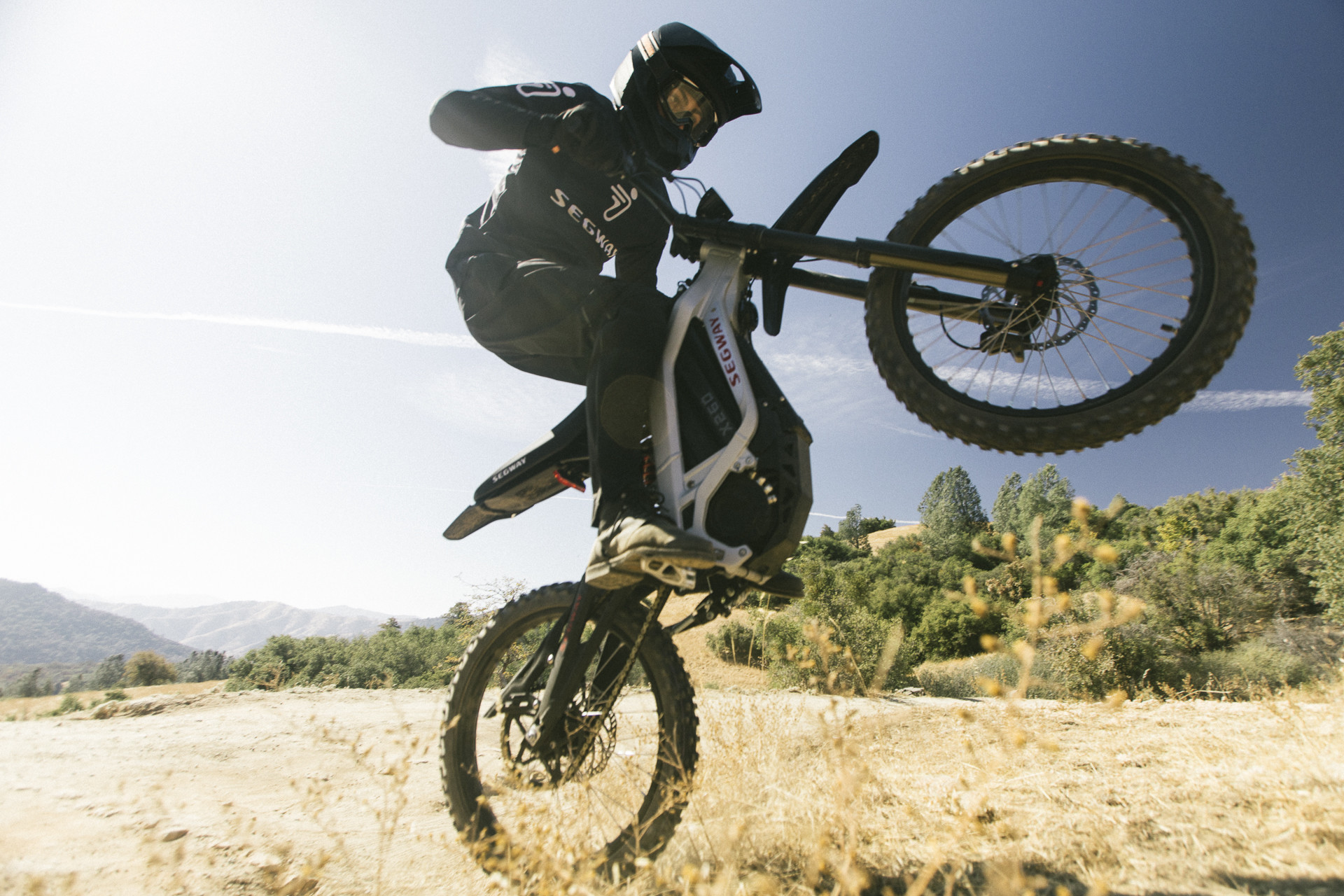 The lithium battery also has a capacity 1920 Wh (approximately 28 mAh) and charges for approximately 500 to 3 hours. The Segway Dirt eBike X4 has a two-arm front suspension with the possibility of adjusting stiffness. 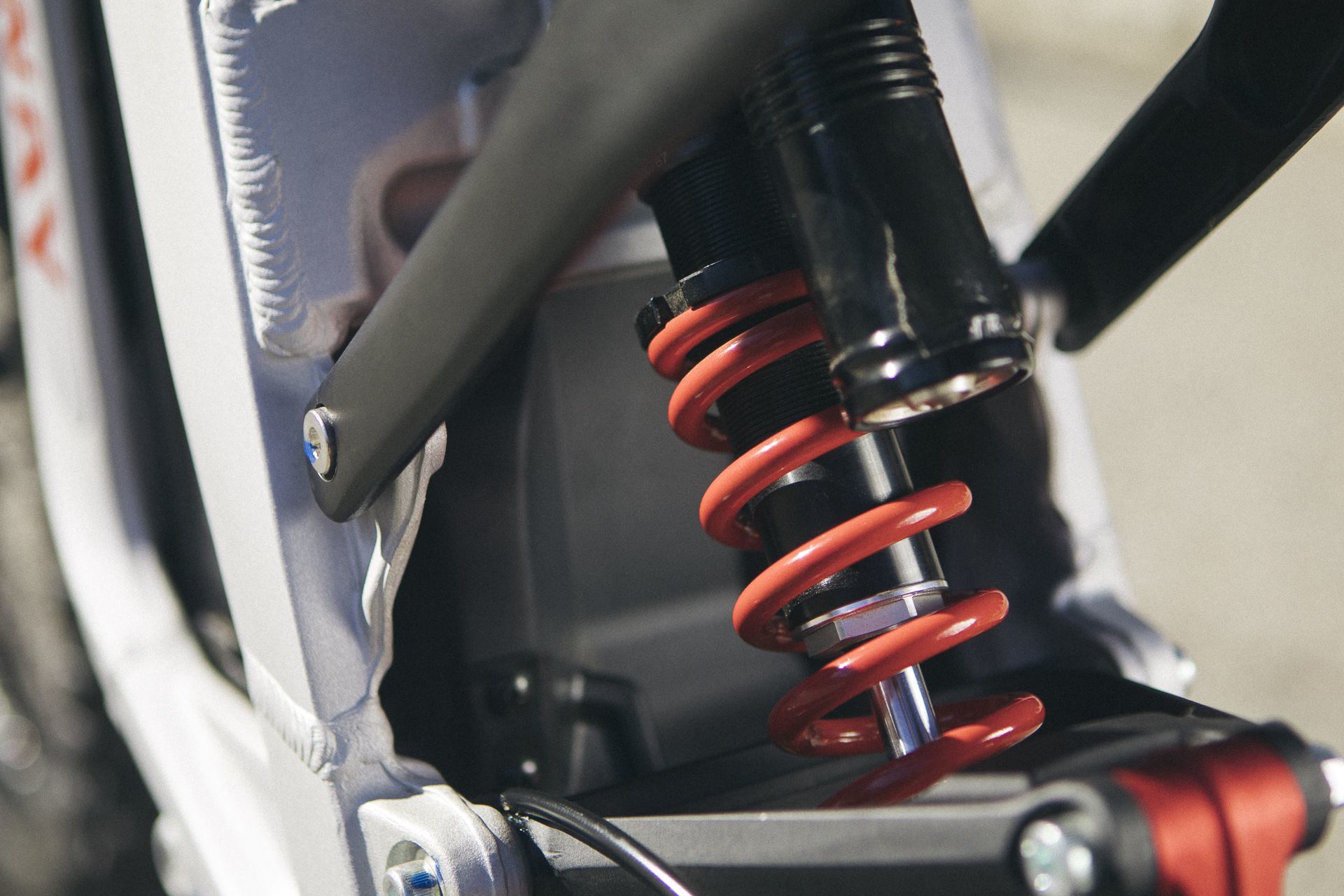 The range of the rear shock absorber is 85 mm and its rigidity can also be adjusted. The clear height of the ebike X260 is 27 cm.

Both Segway Dirt eBike models have excellent driving characteristics. Their relatively simple and lightweight aluminum alloy construction in conjunction with powerful motors allows you to perform the most demanding tricks effortlessly.

It is no problem to overcome more difficult terrain, or steep stairs, or make a stunning wheelie (riding on the rear wheel).

Water resistance certificate IP67 pre dirt ebike a IP65 for the accumulator it does not force you to stop even in front of a stream or a larger threshing floor. The multi-component hydraulic suspension of the central rear shock absorber in conjunction with the front fork with the latest suspension system is designed for maximum rider comfort in any terrain. 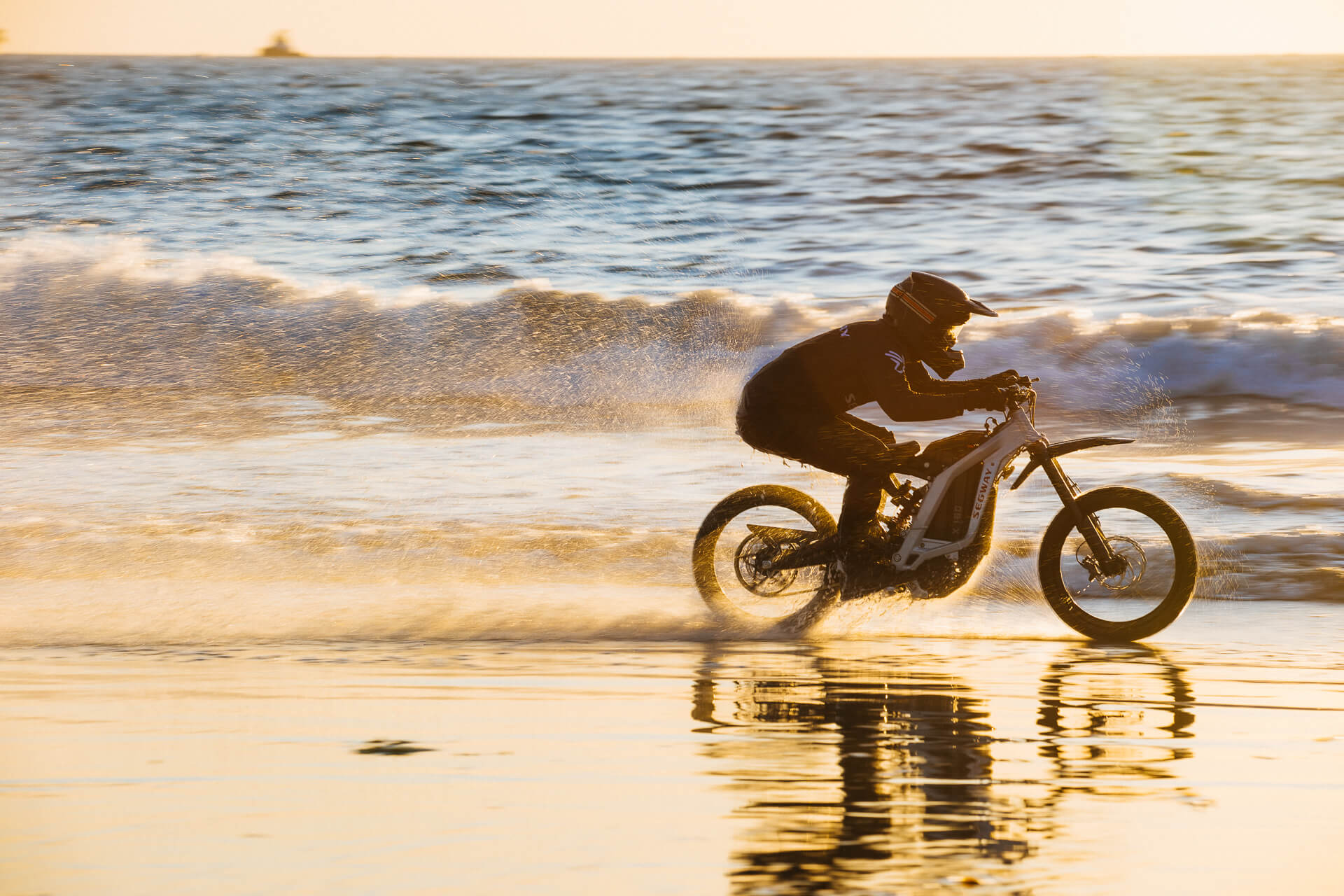 The front and rear brakes are disc brakes. It is resistant to water and higher temperatures and has a sufficient braking effect.

The Segway Dirt eBike has two driving modes. regime Sport for a more vigorous ride, or mode EP for economical operation with the longest possible range. The battery is easily replaceable and if you have another fully charged in stock, you can continue driving in a few seconds.

The advantage is also the ability to pair the dirt ebike via Bluetooth wireless interface with the application on the smartphone. There, the rider can view various statistics of speeds, distances traveled, battery status and many other information.

The campaign at Indiegogo was successful, the manufacturer raised an incredible $ 1,6 million and began sending its new electric dirt bikes to the first customers.

Receive news from the world of Xiaomi via e-mail. Subscribe to our newsletter. ?

Xiaomi with the Jordan & Judy brand sells a multifunctional kitchen slicer 7 in 1. There is no lack of a super coupon