The larger version of the top Xiaomi Pad 5 Pro 12,4" tablet will arrive in just 2 days!

Xiaomi unveils a larger version of its flagship tablet: Xiaomi Pad 5 Pro 12.4″ will be presented in 2 days

Popular Chinese brand Xiaomi is preparing its new version of a high-end tablet called Xiaomi Pad 5 Pro, which will offer up to 12,4 ″ display. In addition, this premium device will be officially presented at a press conference in two days.

It seems that during this week we will see several new Xiaomi products that many of you are impatiently waiting for. The manufacturer has already announced a press conference on August 11, 2022, where the folding smartphone Xiaomi MIX Fold 2 will be officially presented, as well as the Xiaomi Buds 4 Pro headphones. 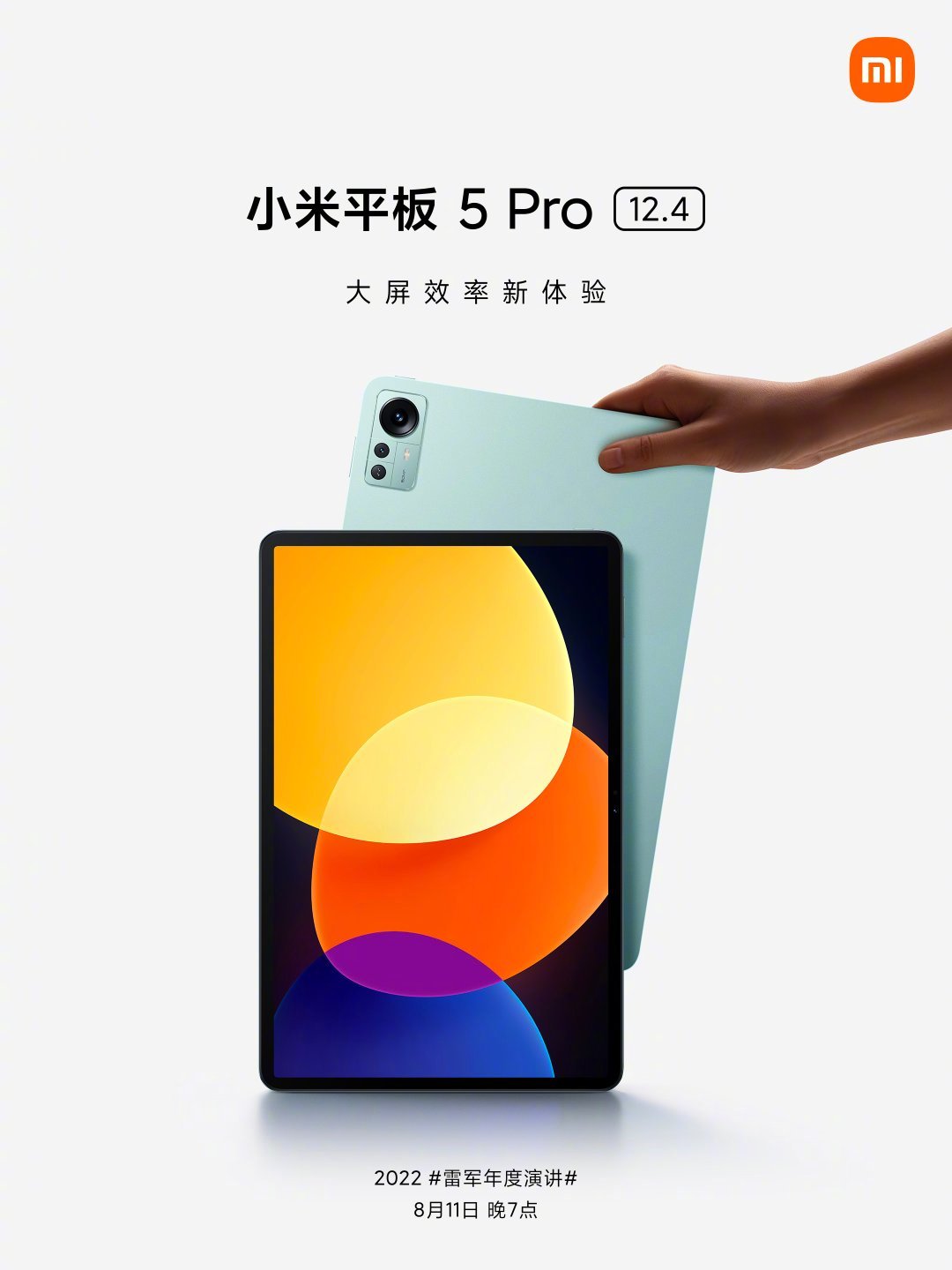 However, these products will probably be supplemented by one more. It is specifically a tablet Xiaomi Pad 5 Pro in the version 12,4 ". The first official poster of this tablet has already appeared on the Internet. And compared to its predecessors Xiaomi Pad 5 and Xiaomi Pad 5 Pro (11″), it will offer a refined design in light green.

As you can see in the picture itself above, Xiaomi 5 Pad Pro 12,4″ it has a slightly modified exterior on the front as well as the back of the device. While the display has rounded edges and thin frames, it should be IPS technology, i.e. the same as the 11″ device. The back side then corresponds to by the Xiaomi 12 series of flagship smartphones respectively Xiaomi 12S.

We do not yet know the configuration of the rear cameras. However, the tablet should offer three photo sensors, supplemented by an LED flash. In addition, according to the portal gizmochina.com, the tablet probably leaked in Geekbench testing as well. Thanks to this, we can assume that it will offer a processor Qualcomm Snapdragon 870, which will be supplemented with an Adreno 650 graphics chip or 8 GB of RAM.

However, we will have to wait a little longer to confirm these technical specifications. The official presentation will take place already on Thursday, August 11, 2022 at 13:00 PM our time. We expect a live broadcast of this event on Xiaomi's social networks and YouTube.

How do you like the upcoming tablet from the workshop of the Chinese brand Xiaomi? If you have any other questions, feel free to write them to us below, in the discussion below the article. Follow our group on Facebook: Xiaomi Planet - A place for real Xiaomi fans as well as our portal Xiaomi Planet and find out more.

The European ceiling lamp Xiaomi Mi Smart LED Ceiling Light has a diameter of 450 mm. With a coupon for € 59 in EU stock