[COMPARISON] We used Xiaomi Mi Band 3 for a year and switched to Mi Band 4. We couldn't have done better

Fitness bracelets have become a popular part of wearable electronics among a wide range of users. Are you also considering buying one of the affordable models of the brand Xiaomi? The following comparison of Xiaomi Mi Band 3 vs Mi Band 4 is prepared just for you in this case.

Both devices as last year Mi Band 3, so this year Mi Band 4, they are supporters of a camp with a very well-balanced price / performance ratio. It is a handy and practical alternative to smart watches or more expensive fitness bracelets from the workshops of competing manufacturers. 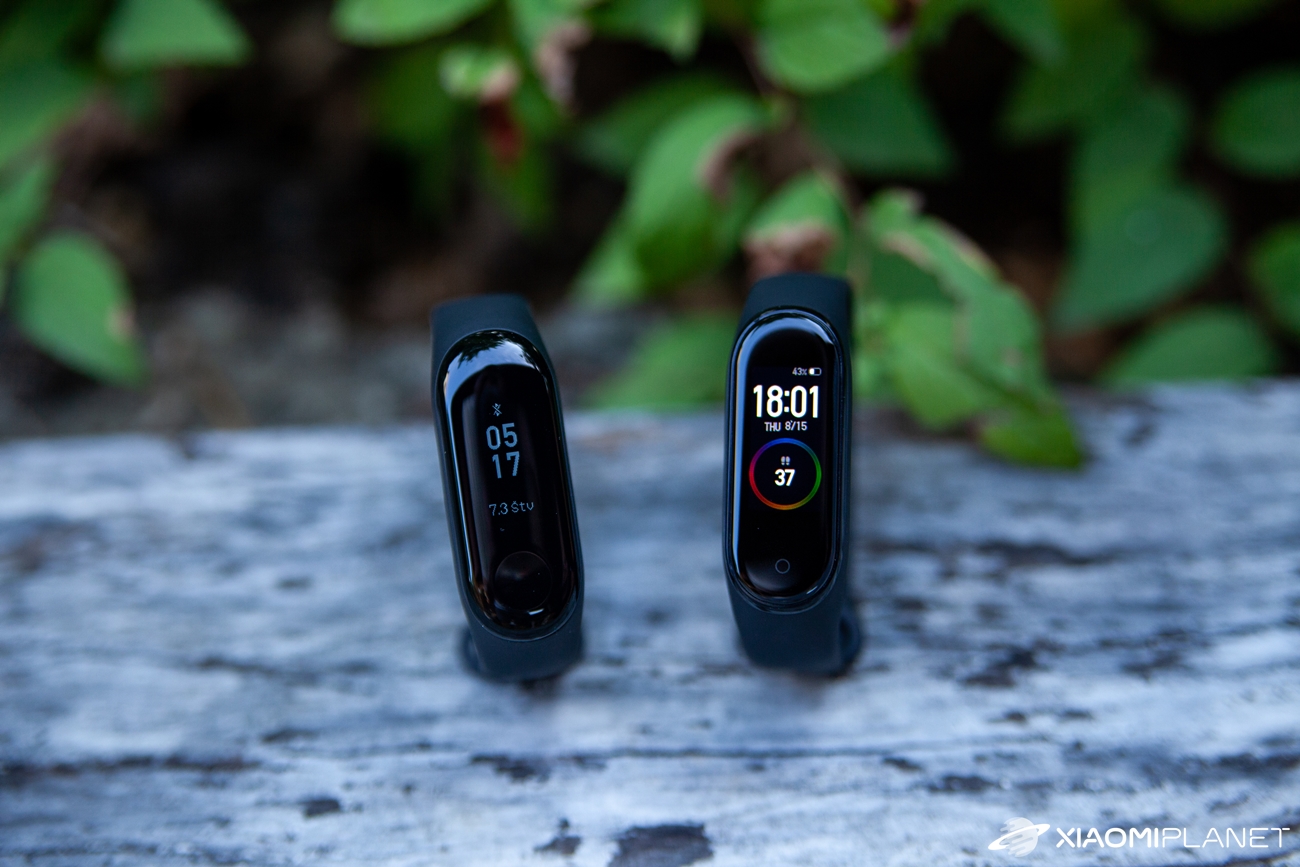 At present, if the user is looking mainly at the price, last year's version is available for sale at a virtually historical minimum in the price below 20 eur / 542 CZK. However, the novelty will offer improvements on several fronts and will definitely defend its slightly more expensive amount. The fourth generation can be purchased at a price around 28 eur / 725 CZK.

The design has been updated, the packaging as well

Last year's model was originally distributed in a standard white, not very attractive box. Later, the design was updated to what we know it today. It is an oblong and colorful box with a pleasant design. The fourth generation followed the same design.

However, the contents of the package are practically identical. There is also a base, ie a capsule of the bracelet and an ordinary black silicone strap, a USB cable / charging tray and brief instructions on how to put the bracelet into operation. Simple and practical, this is how the packaging could be characterized, but also the mission of this product.

The display is the biggest weakness / advantage

The older bracelet contains a small 0,78 ″ and a colorless display with below-average brightness. Sure, it was much better than the second generation, but it's still not quite that. There is a problem with readability in the sun and its control was also not the most reliable or fastest. The display is simply probably the weakest link on Mi Band 3. 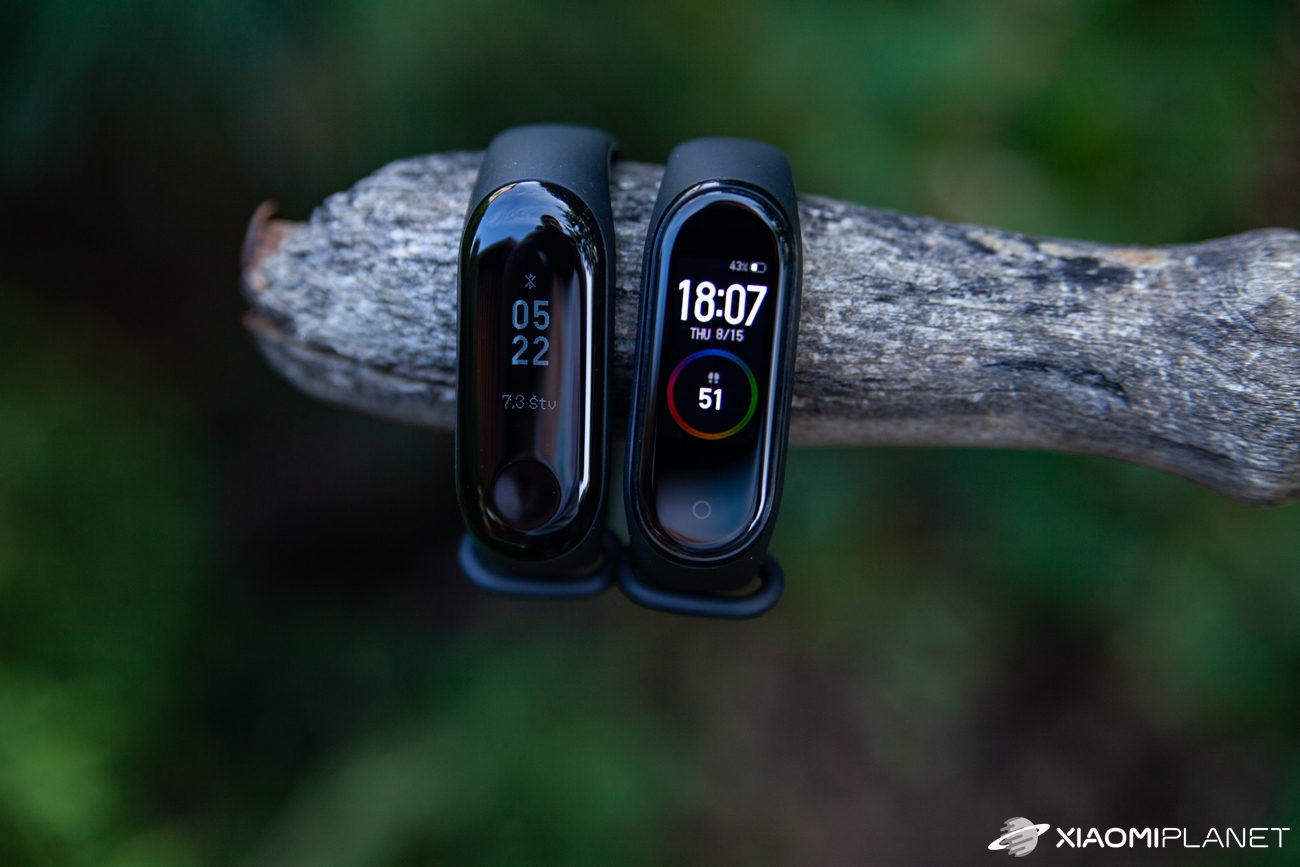 The exact opposite situation occurs in the case of a new one Mi Band 4 bracelet. In this case, it is a stylish 0,95 ″ color AMOLED display with a special layer against capturing fingerprints.

This panel is "level" better in terms of brightness (400 nits) and a few levels higher in terms of readability or response. They freeze only relatively thick frames and visible in the sun, resp. display border.

How are the functions?

It can be said that both bracelets offer very similar functions that can be further customized through a well-known application We Fit. It is available for download for both Android (4.4 and higher) and iOS (9.0 and higher). There is sleep monitoring, fitness functions, pedometer, alarm clock, weather and much more.

The fourth generation of the bracelet, in addition, offers the official certification of 5 ATM for water resistance and also a mode for swimming. For a long time, however, we immersed the third generation in the water, which also had some increased resistance and survived it. Anyway, security is security, and in that sense we would probably choose the latest generation.

The performance of both devices is not bad

In terms of performance, there is virtually nothing to complain about. Yes, the fourth generation is a little more responsive to the new AMOLED display, but in general it's not a disaster, especially if we look at the price at which the third generation is currently on sale.

We were satisfied with the performance of both versions of this device and neither in the third nor in the fourth generation we revealed any major shortcomings that would prevent the full use of the bracelet and its functions, which the manufacturer brings for a given price.

The battery is bigger, the endurance is the same

While the previous generation contains a 110 mAh battery, the novelty will offer a slightly larger 135 mAh. The endurance was reflected as follows: Both bracelets declare 15 - 20 days of active use (depending on use). A nicer and newer display takes more energy and also depends on what the user synchronizes and how often he measures his heart rate. 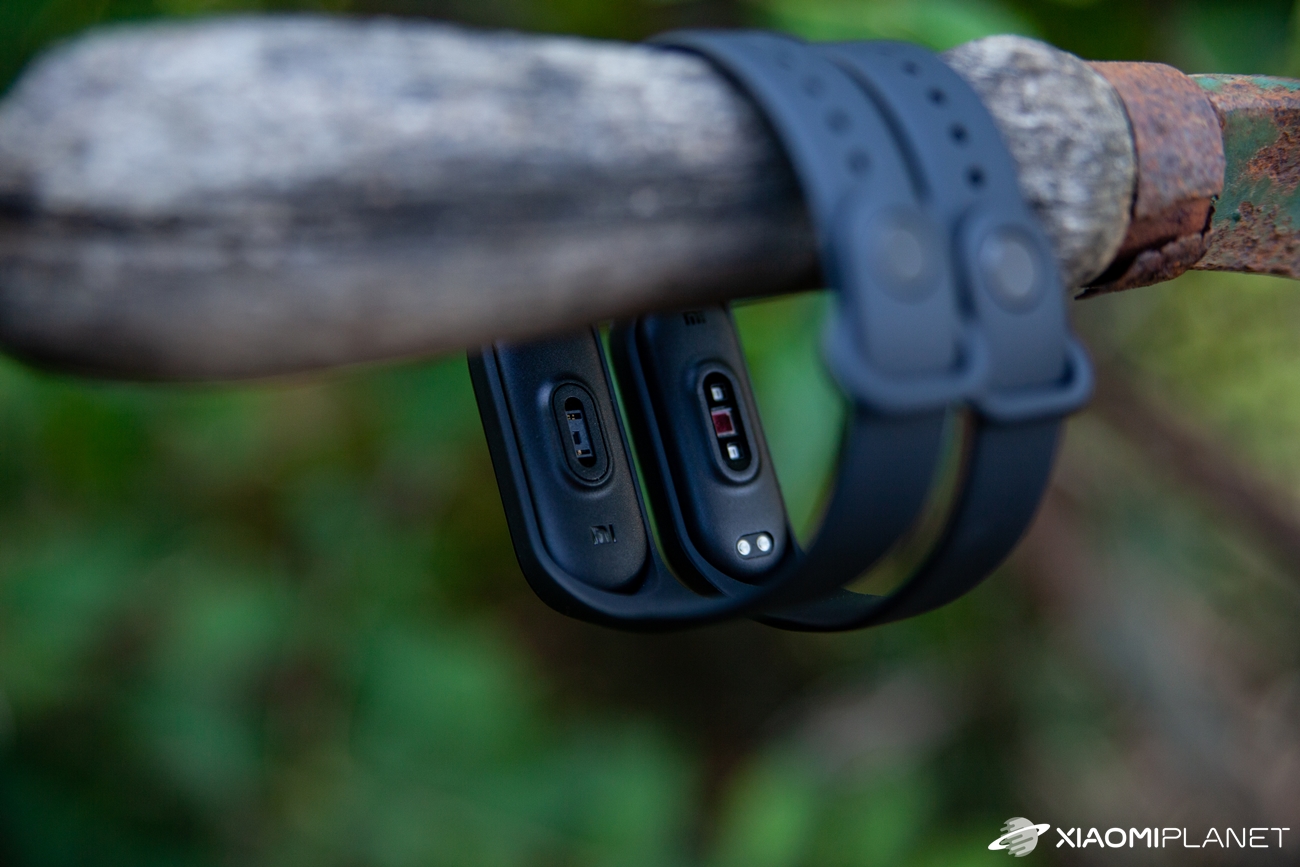 In our case, it was only a manual heart rate measurement, and notifications for SMS, phone calls, Viber, e-mails or Facebook. Messenger and its frequent notifications drained the battery above average. On average, however, our endurance was 19-21 days, in both cases. With an unusually higher load, the endurance decreased in both cases to 16-18 days. However, this is still a great value for which none of the bracelets need to be ashamed.

Which pair to buy?

A rational decision would, of course, be - Mi Band 4. For its great price, it really offers a lot, including a bright and colorful display with extra features, in a more modern spirit.

However, if you want to save money, and you are mainly looking at the price of the device, do not be afraid to buy a version Mi Band 3. To this day, there are many satisfied customers for whom even this more modest, but still practical alternative will suffice. Of course, we could, with a clear conscience, call the latest fourth generation the direct winner of an imaginary duel.

take advantage of the discount
Share this article
Previous article

The Xiaomi Mi 9T Pro with Snapdragon 855 is already available from a well-known dealer. Such are the prices

Redmi Note 8 and Redmi 8A are likely to come later this year. We have the first specifications and photos