Xiaomi Mi 9 dominates the performance rankings. It has become the most powerful smartphone on the market - Xiaomi Planet

Xiaomi Mi 9 dominates the performance rankings. It has become the most powerful smartphone on the market

The beginning of spring not only means waking up nature from hibernation, but also smartphone manufacturers are waking up. Some have already managed to present their flagships for 2019, which are gradually coming on sale. Xiaomi with the Mi 9 model is one of them.

Mi 9 is the current king

At the MWC 2019 mobile congress in February, we saw several new TOP smartphones that will compete with each other for the rest of the year. And it will also compete in performance. Like every month, this well-known AnTuTu Benchmark has released a ranking of the most powerful smartphones - for February / February 2019.

Before we start writing the results, we must remember that this is about the very first ranking of this year, which so far contains only the first two new smartphones. Other models have not yet reached the rankings, as they were not available on the market at the time of drawing up the rankings. The score in the ranking is determined based on the average from more than 1000 tests performed for the given model. 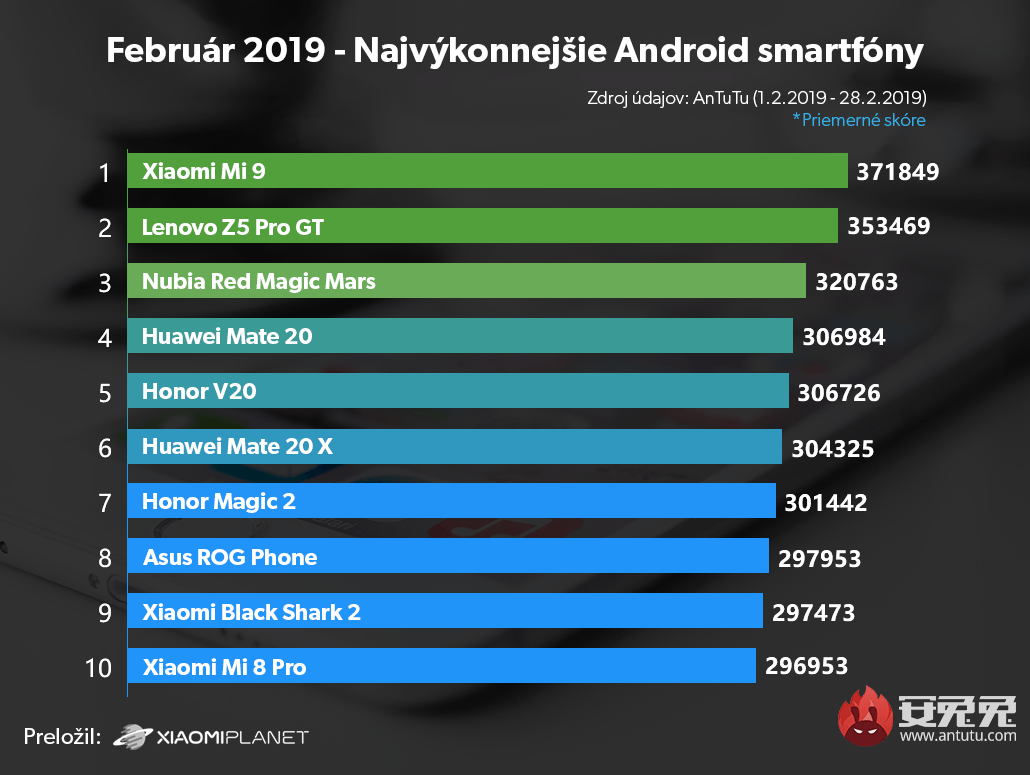 As we can see, the first two places were occupied by flagships with the latest Snapdragon 855. Xiaomi Mi 9 reigns the ranking with an average rating of 371 points. He took second place Lenovo Z5 Pro GT, also with Snapdragon 855. His average score is just over 353 thousand points.

This is followed by older models with last year's Snapdragon 845, starting with the Nubia Red Magic Mars (with 10 GB RAM) in third place. Models from Huawei and Honor are still relatively high - Mate 20, Mate 20 X, Honor V20 and Honor Magic 2. This only proves that the manufacturer really locked the Kirin 980 processor.

Did you find your smartphone in the ranking? What score did he achieve in AnTuT?

USB 4 officially introduced. It has a maximum speed of up to 40 Gbit / s and so much power that it can power two 4K monitors at once