Xiaomi Mi 9 is here: Killer of all Samsung, Apple or Huawei? | Xiaomi Planet

Xiaomi Mi 9 is here: Killer of all Samsung, Appl or Huawei?

It is here. One of the most important days for Xiaomi this year. At a grand conference held in the manufacturer's home country, he officially unveiled his most important smartphone for 2019 a moment ago.

Despite the fact that the company's representatives have been pouring a lot of official information on us in recent days, we have not learned everything. welcome Xiaomi Mi 9!

The Xiaomi Mi 9 design was completely revealed to us before the show, so let's just summarize the changes. The whole construction consists of glass, which is specially modified on the back so that it creates a rainbow effect when light strikes. For better ergonomics, the manufacturer has covered every side and the smartphone is nicely rounded everywhere.

As for the layout of the elements, it's a classic, "Xiaomacic". The volume and power buttons on the right are domesticated. There was a special one on the left button to invoke Google AI assistant. 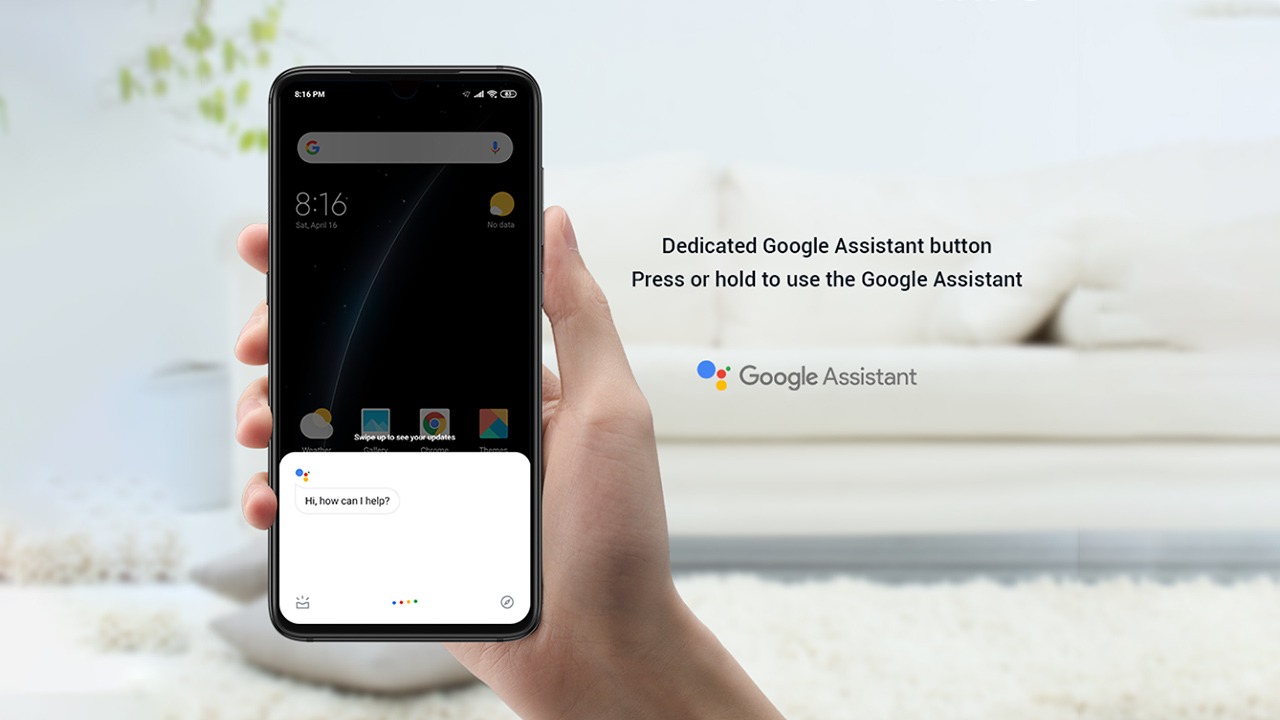 The bottom side belongs USB Type-C connector and speaker. He occupied the upper side only infrared sensor (IR Blaster) for controlling home appliances. We would look in vain for a 3,5 mm jack.

It forms the front side 6,39 ″ Super AMOLED display s FullHD + resolution, in which an effective cut in the style of a raindrop was placed. The manufacturer has worked to reduce all the frames around the display. The result? The display forms up to 90,7% of the front. It also helped 40 percent reduction in lower chin. 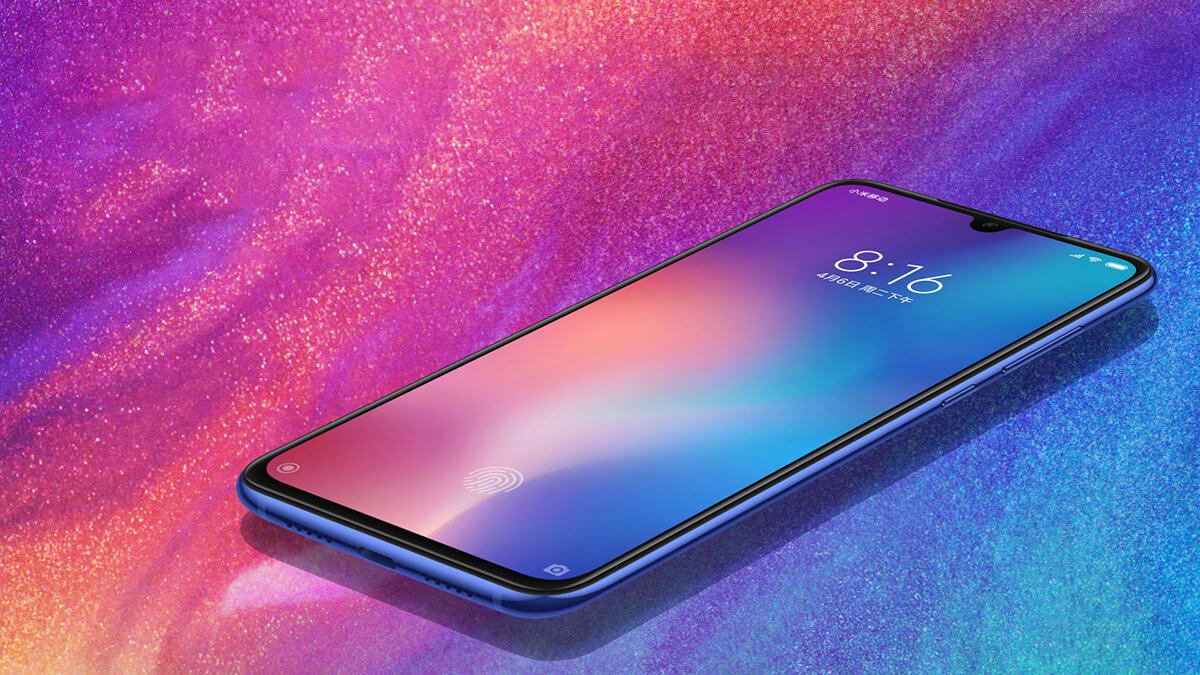 Maximum brightness is reached 600 rivets and the display gets 103,8% NTSC super wide color range. On the other hand, the manufacturer did not forget to optimize the brightness when using a smartphone at night. 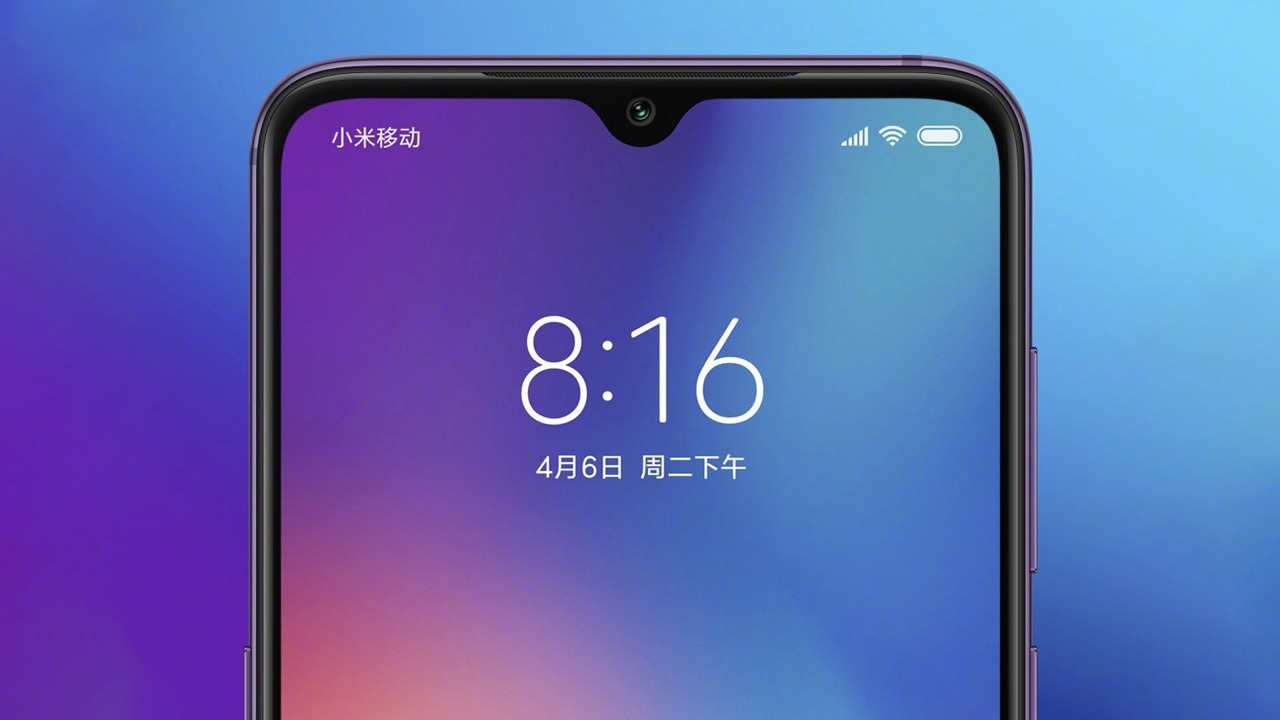 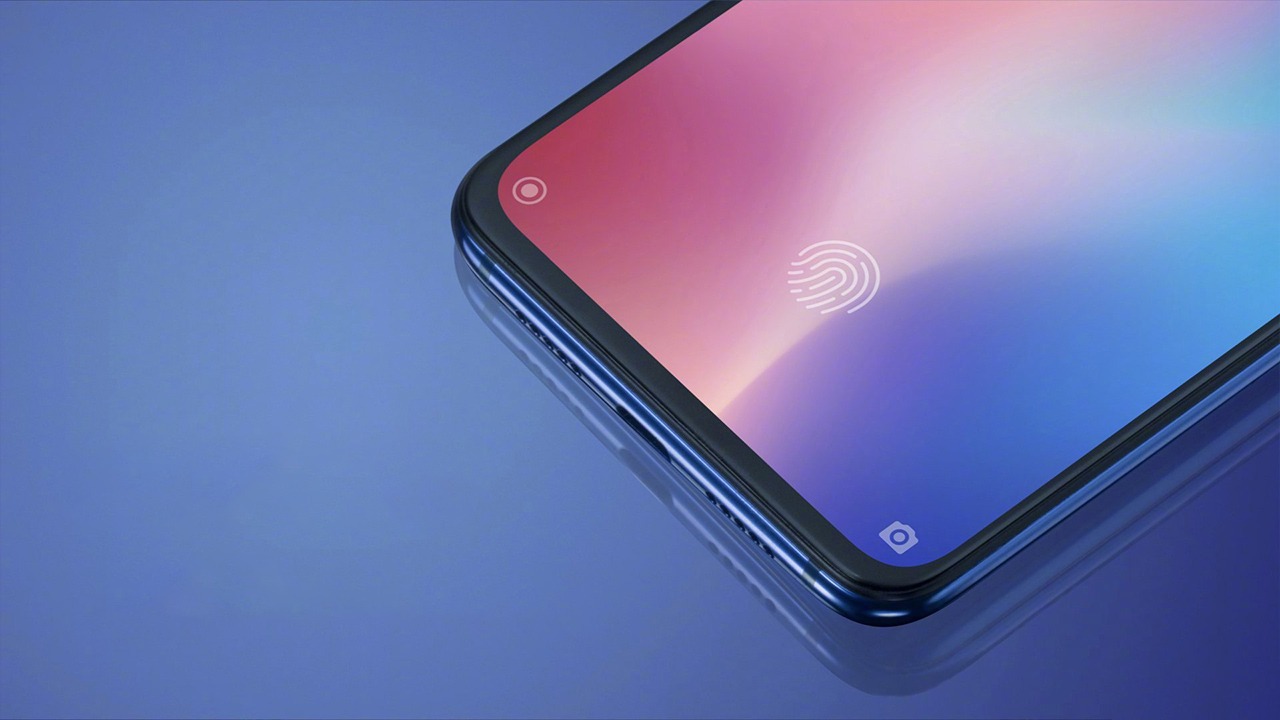 It is also built into the display fingerprint sensor. Xiaomi used 5th generation optical scannerwhich is up to 25% faster from previous version. The Mi 9 also comes with technology Eye Protection 2.0which protects the eyes with an improved reduction of harmful blue color. The perfect management is the protection of the display with the latest durable glass Corning Gorilla Glass 6.

It is also a novelty color Always-on mode. The specialty is editable pattern stylewhich are displayed as an effect. It is available throughout the system from the factory Dark modewhich reduces energy consumption to full power up to O 83%.

Xiaomi has been working with Qualcomm for a long time and is even involved in the development of these top chipsets. Not surprisingly, the Mi 9 is among the first smartphones with Qualcomm's latest processor. Snapdragon 855 phone provides direct bestial performance. He achieved high scores in the well-known AnTuT Benchmark 387 851 points.

Snapdragon 855 is a chipset manufactured 7 nm manufacturing process. Total contains 8 coreswhich are divided into three clusters. The primary one core has a clock speed of 2,84 GHz, the other three cores run at 2,42 GHz, and the last four clock clocked at 1,8 GHz. 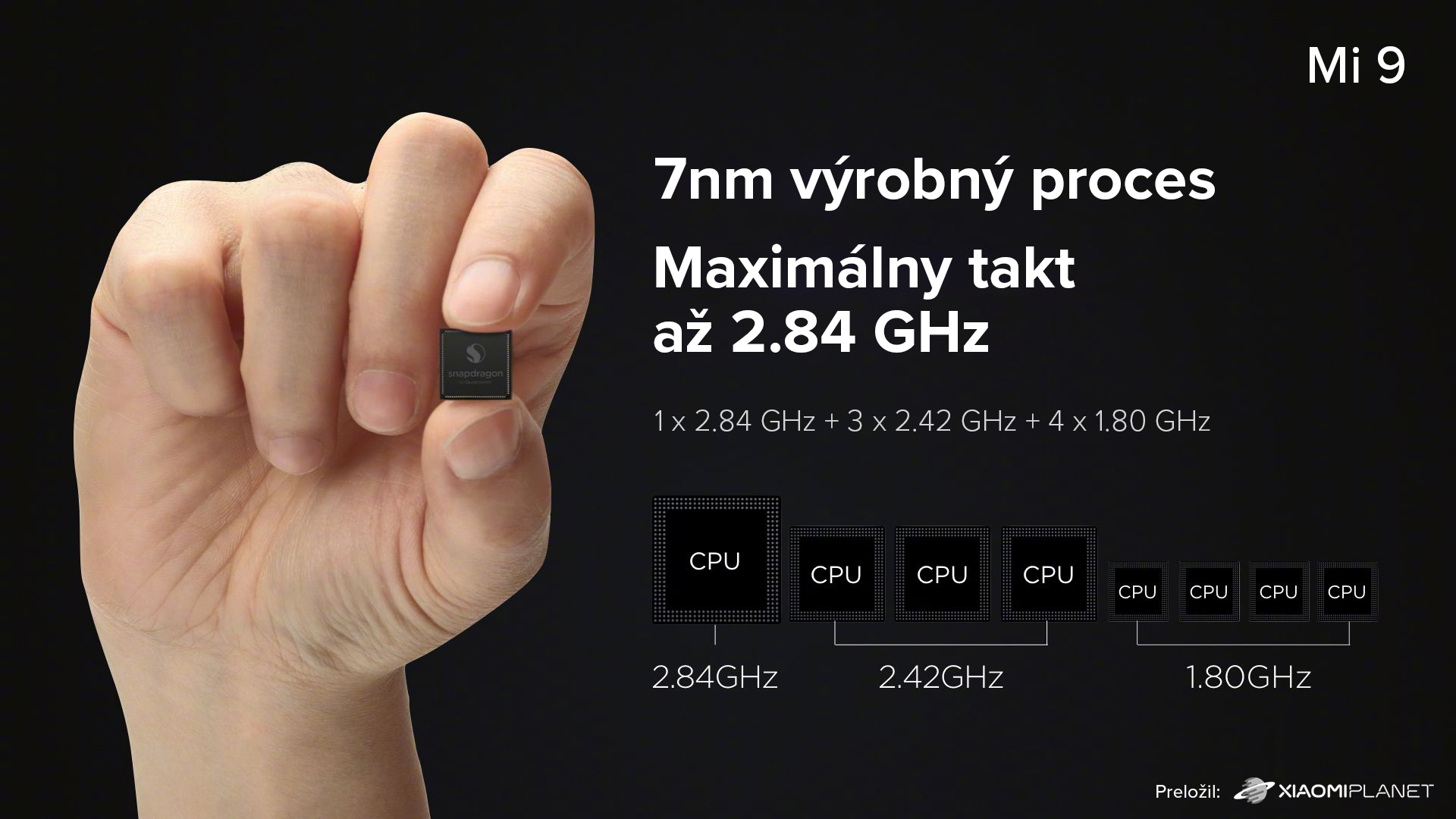 Along with the processor comes a more powerful graphics chip Adreno 640. The total performance of Snpadragon 855 compared to 845 increased to by 45%. The first benchmarks show that Qualcomm will continue to dominate the performance rankings this year as well.

Mi 9 also got a special GAME TURBO mode that takes full advantage of the CPU when playing games. His role is increase FPS in the game and also view even more detailed images.

He can handle multitasking without any problems 6 GB, if applicable 8 GB RAM LPDDR4X memory. So far, only the so variant is available 128 GB memory. The internal memory is based on a fast UFS 2.1 chip. 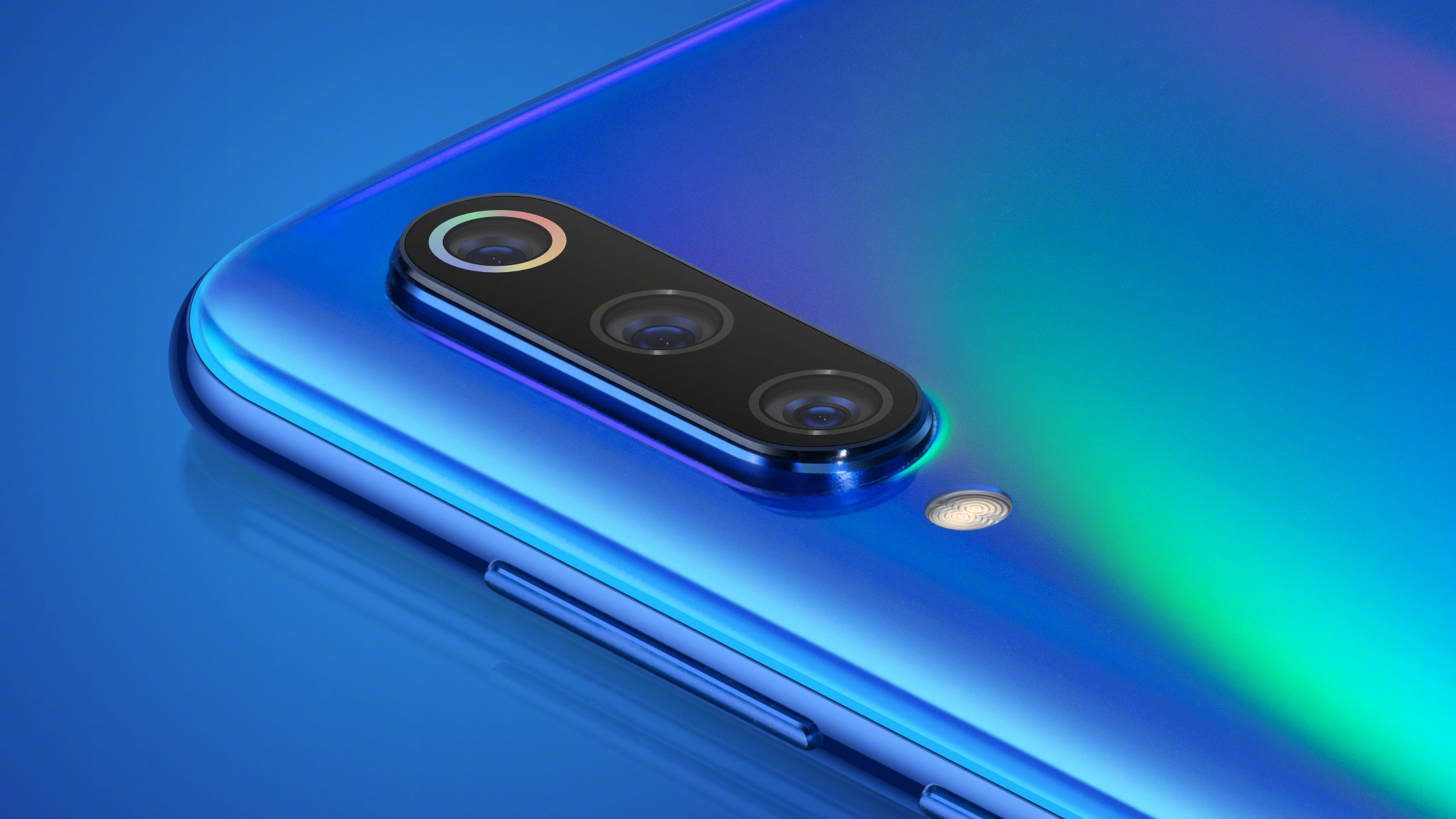 Xiaomi has focused very much on the quality of the camera when designing and manufacturing the new generation of its flagship. Their new division, which deals purely with the development of cameras, suggested triple camera. Here are all the specifications of each sensor:

They are also a specialty Macro photo, which can be created from a distance of as little as 4 cm from the object. These are created by just a 16 MPx sensor. The camera lenses are protected from the outside by a durable one sapphire crystalwhich is most effective against scratches.

missing Super Night Mode, which we already know from previous models from Xiaomi. The complete novelty is the regime Super Moon, thanks to which the camera can capture incredible images of the moon.

During the performance, Lei Jun boasted several shots taken with a new camera. Here they are.

Xiaomi really worked on the camera and will be at the top of the smarfón industry in 2019. They have already managed to test the camera in the well-known DxOmark test, where he got a brilliant score 107 points.

Battery: The fastest wireless charging in the world

Despite the relatively thin construction, the manufacturer managed to push into the Mi 9 3300 mAh battery. However, you can recharge it very quickly thanks to the really powerful one 27 W charging. We've had it too wireless charging at maximum power 20 W. It is the very first smartphone in the world with such fast wireless charging.

Xiaomi also introduced the first wireless chargerwhich can issue power 20W. In its home China, it will cost only 99 yuan, which is 13 € / 330 CZK. It also introduced wireless car charger with the same performance and price 22 € / 570 CZK and 10 mAh power bank also with wireless charging. Just place the phone on it. Its price is 19 € / 500 CZK.

Like every real flagship, the Mi 9 got a lot of connectivity into the equipment. Except for Bluetooth 5.0 a dual-band 802.11ac WiFi standard, offers us news NFC with support for contactless payments.

The dual GPS novelty inherited from its predecessor. Xiaomi also highlights sound quality. He claims that Mi 9 got it best linear speaker in industry. We can look forward to sufficient bass, which is balanced by pure tones. The sound should be equivalent to 0.9cc speakers, such as these from Logitech.

And what about the price?

The exact price tag has been unknown to this day. Xiaomi fans have been waiting impatiently for this moment. We can say that Xiaomi did not disappoint. It adheres to its pricing strategy despite more expensive technologies.

We emphasize that we Europeans will not be able to buy a phone at these prices. They are for Chinese people only. As soon as Mi 9 gets there to the offer of international sellers and we will know the price, we will let you know also through our newsletter. Just log in.

The Xiaomi Mi 9 Explorer Edition is a beast with 12GB RAM and a f / 1.45 aperture camera