Xiaomi again demonstrates its quality: It has become the 4th largest smartphone manufacturer in the world!

Xiaomi sa in the first quarter of this year has placed in the ranking of the world's largest smartphones retailers on beautiful 4th placewhen it overtook the Chinese phone manufacturer OPPO. This company has achieved strong growth in the last 2 years and has ranked in 4th place, Xiaomi a it was only a matter of time before it was overcome competitive OPPO.

According to the report provided by the company Strategic Analyticsselling smartphones company Xiaomi increased from 12,6 million units to the incredible 28,3 million units! It means annual increase of 15,7 million units, a massive 124%. On the contrary, OPPO sales decreased of 27,6 million pieces to 24,1 million pieces.

Table of sales of smartphones companies and their market share 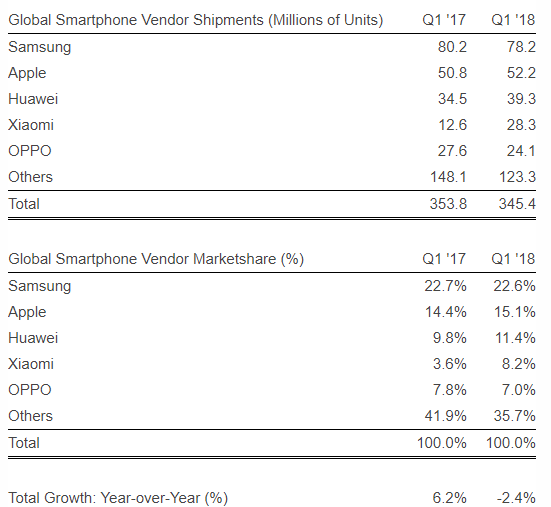 Xiaomi WalkingPad gives you a walk every day. Even in your living room