Xiaomi is the largest manufacturer of smart watches and bracelets. Not even Apple | is enough for him Xiaomi Planet

Xiaomi is the largest manufacturer of smart watches and bracelets. Not even Apple is enough for him

Over the past decade, smartphones have become an essential part of our daily lives. Thanks to rapid progress and new technologies, wearable devices are also being added to smartphones. We include smart watches and bracelets among them.

The market leader is Xiaomi

Canalys, a market research company, released the latest statistics on sales of wearable equipment in the third quarter of 2019. As expected, the Xiaomi brand achieved the best results, behind which placed Apple and Huawei. 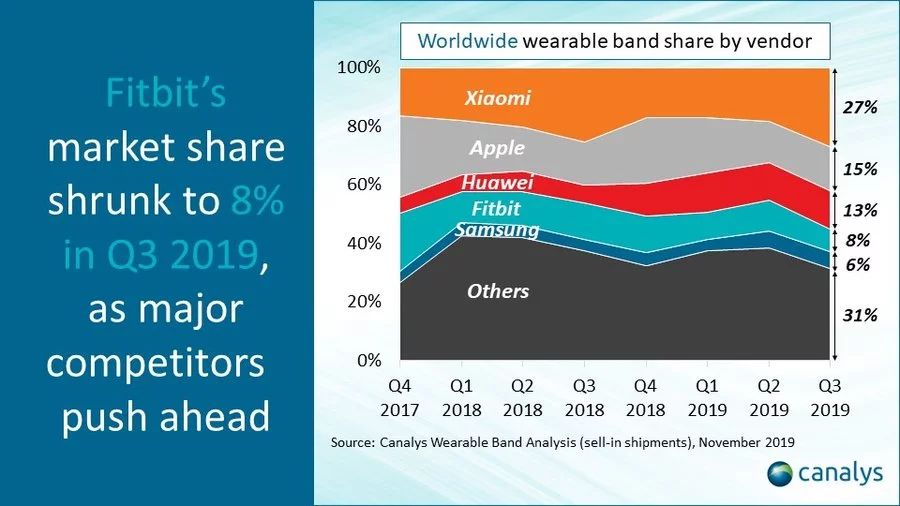 The fourth model of the successful series of smart bracelets undoubtedly deserved the first place for Xiaomi We Band. Sales of intelligent wearable devices from Xiaomi have reached together 12,2 million pieceswhich represents 27% share on the market in the 3rd quarter of 2019.

The year-on-year increase was 74%. The main reason for Xiaomi's success is its good strategy of selling feature-rich products at competitive prices.

Apple ranked second with a 15% market share. 60% of shipments were the latest Apple Watch Series 5 product. Apple reduced the price of the Watch Series 3 to $ 199 during the period under review. Canalys notes that Apple recorded the highest year-on-year growth since the second quarter of 2017.

As a reseller of wearable devices, Huawei ranked third with 5,9 million units sold. It gained 13% market share and recorded a year-on-year growth of 243%, thanks to growing sales in China. Unlike Xiaomi and Apple, Huawei also manufactures fitness bracelets as well as smart watches, which gives the company a slight advantage.

The Fitbit brand, bought by Google, gained 8% market share and was the only seller that did not grow significantly compared to last year. In terms of market share, Samsung maintained its position. The remaining 31% share was divided by several smaller brands that were not specified in the statistical report. 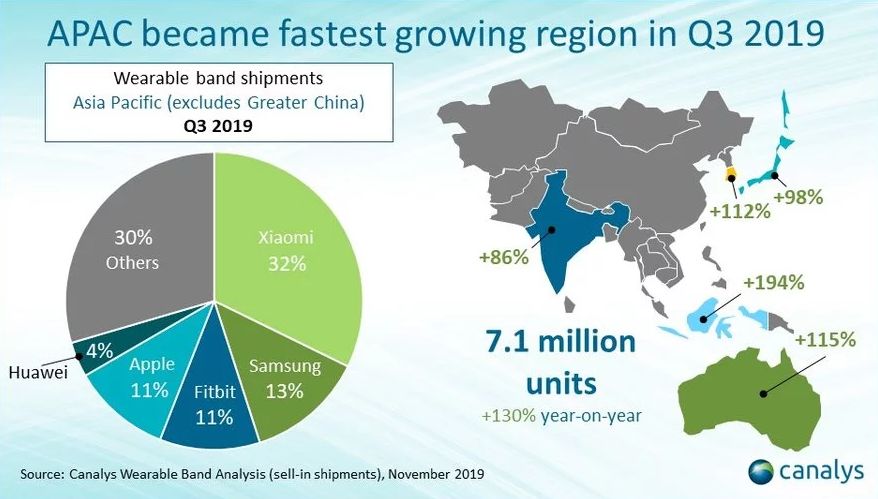 The US market was dominated by Apple, mainly due to the Apple Watch Series 5. Highly price-sensitive markets in the Asia-Pacific region were dominated by Xiaomi, Samsung and Fitbit. The Mi Band 4 bracelet was also a great success in India, where it was very popular with users of both Android and iOS operating systems.

We also send the latest news about Xiaomi by e-mail. ?

Xiaomi smart aquarium has a self-cleaning system, colorful LED lighting and the lowest price since the market

Lei Jun: Xiaomi has not previously focused on fast charging, but now leads the field of wireless charging