Xiaomi reached an agreement with the United States. No more blockades should occur - Xiaomi Planet

Xiaomi reached an agreement with the United States. No further blockades should occur

Xiaomi has not had an easy position in recent months. The US added it to the blacklist of companies, just as it did a few months ago with Huawei. After months of stretching, the two sides reached a mutual agreement.

The situation began to improve earlier this year, when Xiaomi sued the US government and called for the lifting of the investment blockade. That happened on March 13, when the judge ordered her annulment. 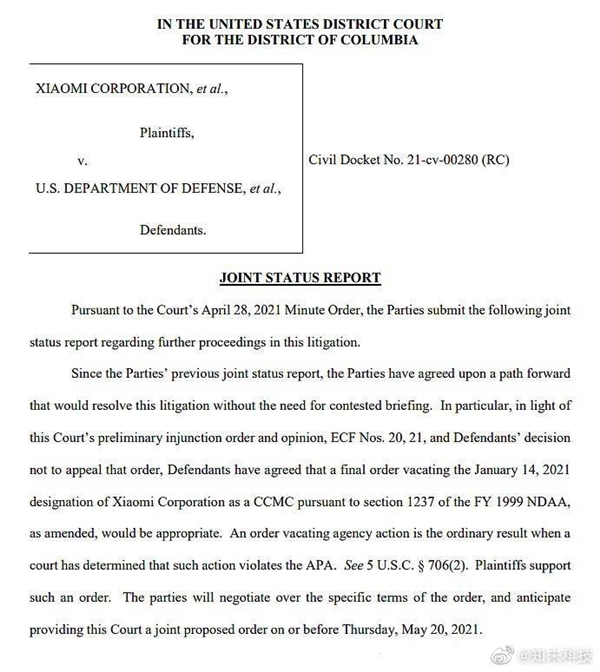 According to the latest report, the two sides have reached a peace agreement that would prevent Xiaomi from being added to the US blacklist. It could be said that Xiaomi won the fight with the USA and proved that he is not under the control of the Chinese government or the Chinese army.

Impacts of the investment blockade

The inclusion of Xiaomi on the blacklist of US military companies caused the value of the company's shares to fall by as much as 30%. This caused considerable financial losses on the part of investors. The situation should only improve now.

Xiaomi's lawsuit from Xiaomi only shows that the company is not afraid and is as open as possible to prove its innocence, which is what happened. In the end, the story ended happily and the company did not make the list of Huawei, which is still on the US blacklist, which cost it to be unable to use Google services on its smartphones, discouraging many users from buying and selling its smartphones sharply. are falling.

Xiaomi is still saved. Its shares are slowly growing again and it can once again devote itself fully to the development of interesting devices that have an excellent price / performance ratio. These are exactly the things we love Xiaomi for.

What is your opinion on this case? Do you feel that the US is deliberately discrediting Chinese companies and thus getting rid of competition? Let us know your observations below in the discussion below the article. Follow XiaomiPlanet, subscribe to the newsletter and don't forget to join our facebook groupwhere we form an active Xiaomi community.

POCO plans to present its own POCO UI superstructure. It will be an alternative to MIUI