AnTuTu has been measuring the performance of mobile phones for a long time. It mainly uses its application for this AnTuTu Benchmark, in which it tests individual components of the used hardware.

The results are then added to the point score. At the same time, it compares the achieved score with other tested devices.

Ranking of the 10 most powerful phones in April 2019

From the data collected from 1 April 2019 to 30 April 2019, AnTuTu compiled a ranking top 10 most powerful smartphones. Surprisingly, the first three partitions occupied the smartphones of our favorite brand Xiaomi. We must add that the point values ​​are the average result of the tested devices in a month. 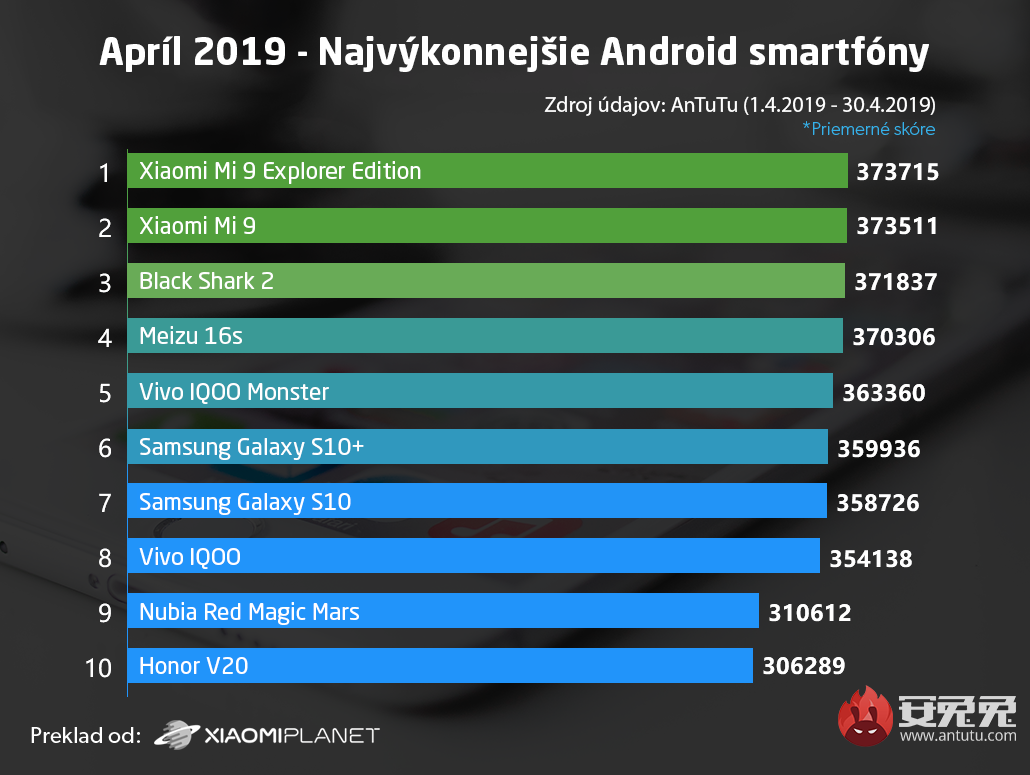 The first two positions were occupied by Xiaomi Mi 9 Explorer and Xiaomi Mi9 with a score of 373 and 715 points. In third place is the Xiaomi Black Shark 373 gaming phone with a score of 511. The fourth and fifth places include the Meizu 2s and the Vivo iQOO Monster with an average score of 371 and 837.

The Redmi flagship will definitely change its order

We expect that in May 2019 this ranking will be mixed by new smartphones with Snapdragon 855. It will be the highly anticipated new Redmi, but also OPPO Reno 10x Zoom, Lenovo Z6Pro, or models from ZTE - Axon 10 and Nubia Red Magic 3.