It didn't take long and Xiaomi's latest gaming smartphone Black Shark 2, has officially started selling in Europe as well. It is currently available through the official European Black Shark website and we know its prices.

So far, two versions in Europe

Na European website Black Shark is currently available in two versions of the smartphone. The model with 8 GB RAM and 128 GB memory was awarded at 549 € / 14 200 CZK, while the version with uncompromising 12 GB RAM and 256 GB storage is based on 649 € / 16 800 CZK. The manufacturer delivers from this website to Slovakia and the Czech Republic. 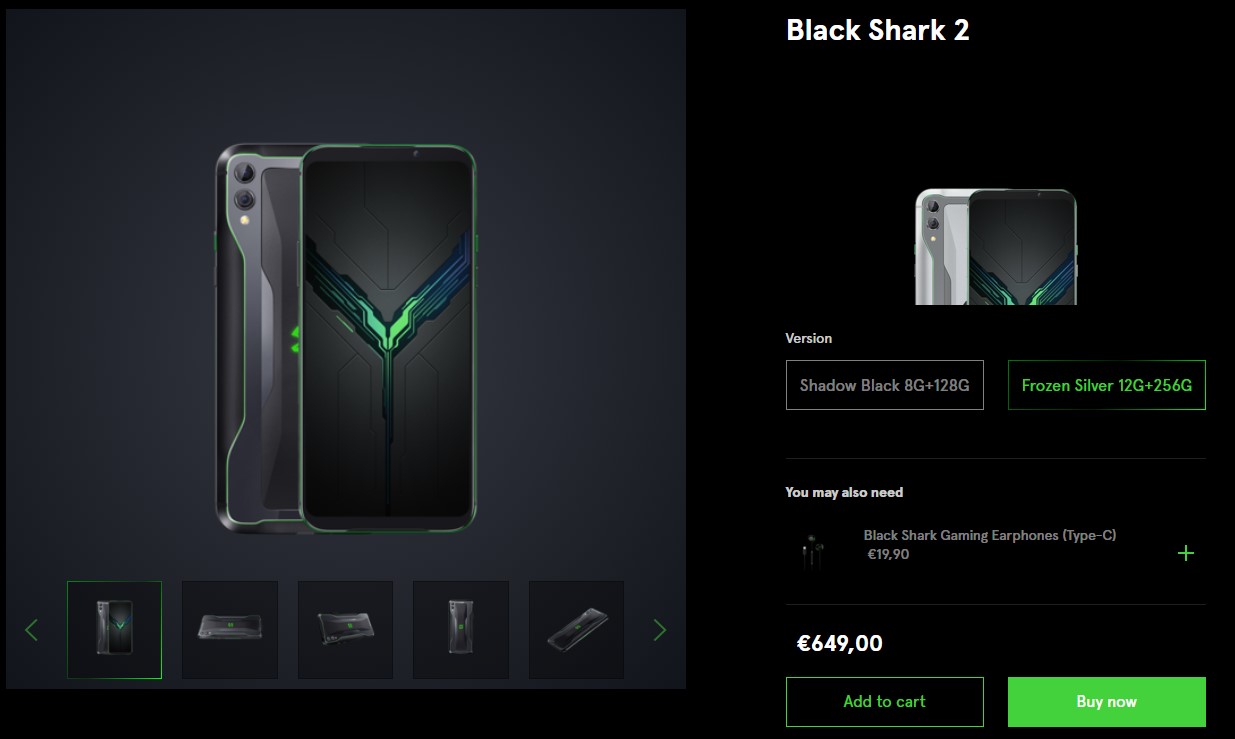 The official European version of Black Shark comes with the original EU adapter, complete network support and a multilingual system. The smartphone is thus fully capable of operating in European countries.

Black Shark 2 is a smartphone designed for real players. Includes AMOLED display with so far fastest responseou, which we have ever encountered with smartphones. In addition to 12 GB of RAM, it is also present Snapdragon 855 processorwhich is cooled by a new generation of liquid cooling Liquid Cooling 3.0.

We will also find a proper one in the equipment 4000 mAh battery with fast 27 W charging, 48 MPx Sony IMX586 camera with f / 1.75 aperture, fingerprint sensor in the display or support for game joysticks for an even better gaming experience. We have described the complete specifications in the performance article.