This is the 10 most powerful Android smartphones for the month of March according to AnTuTu. How's Xiaomi? - Xiaomi Planet

This is the 10 most powerful Android smartphones for the month of March according to AnTuTu. How's Xiaomi?

Most of us have experienced the concept of AnTuTu at least once in our lives. AnTuTu tests the performance of smartphones, which then evaluate and then assign the ranking based on the score obtained.

In today's article, we will introduce the 10 most powerful phones for the month of March.

And the winner is…

The model became the most powerful smartphone in March Oppo Find X2 Pro. A smartphone whose moment of glory was during its launch on March 6, 2020. The Find X2 Pro came in first with 606 points.

He beat the latest flag model from Xiaomi - Mi 10 Pro by just a small bit, which was rated at 598 points. 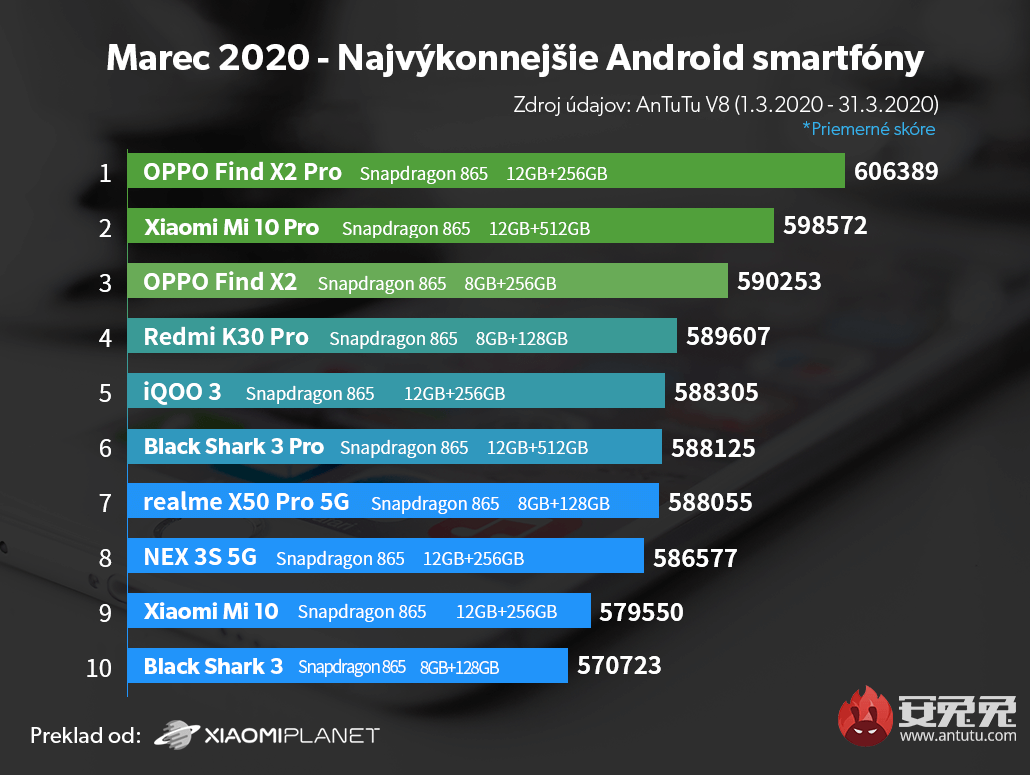 The top five most powerful smartphones for the month of March are complemented by the iQOO 3 model, which with its hardware managed to climb to 588 points. In close proximity, we can see a smartphone from Black Shark - Black Shark 305 Pro placed sixth.

With 588 points, he reached the seventh place Realme X50 Pro. Vivo Nex 3S 5G is in eighth position and scored 586 points in the AnTuTu test. The penultimate smartphone is the Xiaomi Mi 577, which won 10 and rightfully ranks ninth. Tenth place was taken by Black Shark 579 with 550 points. 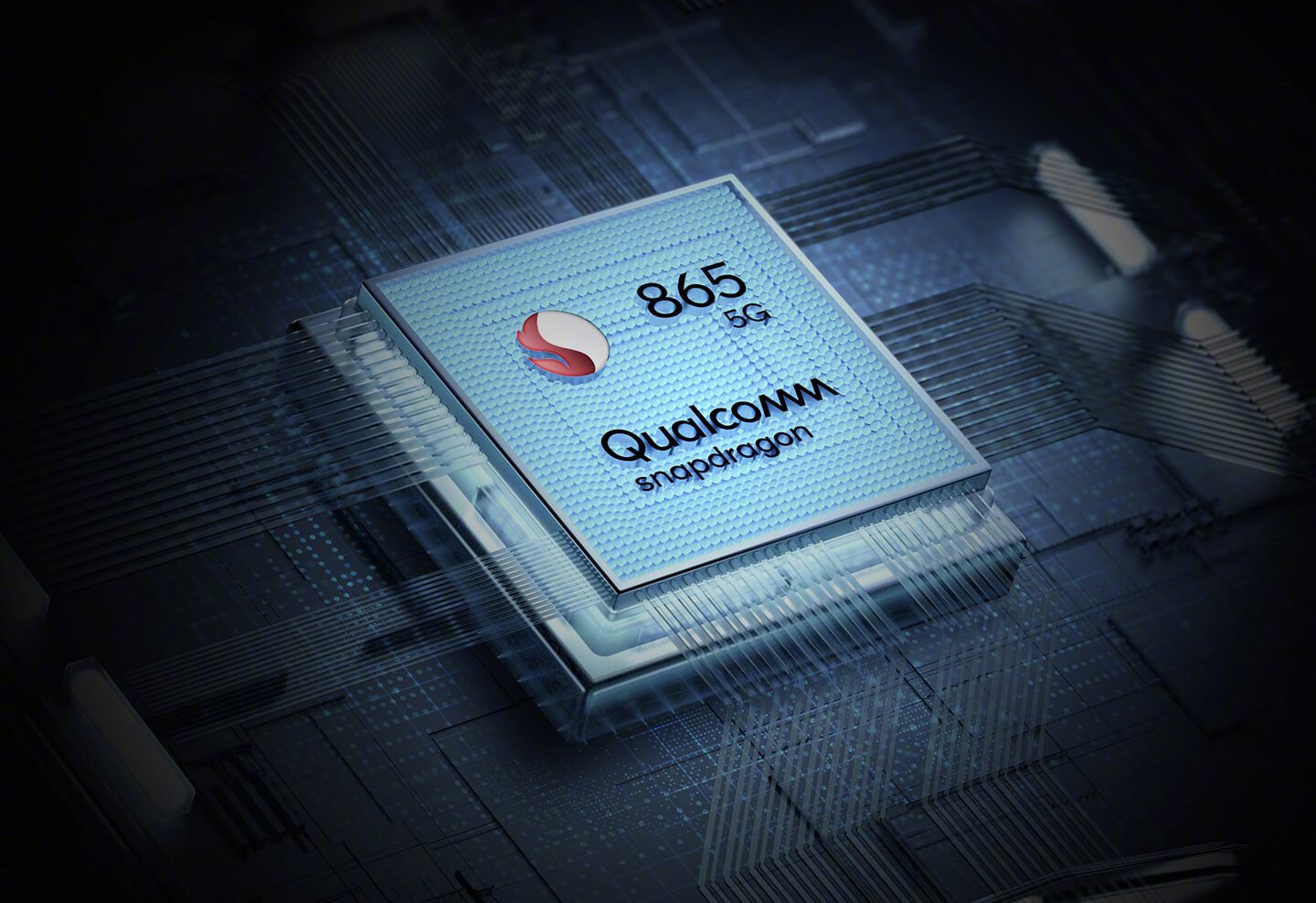 All placed smartphones are powered by the most powerful Snapdragon 865 5G processor from the Qualcomm workshop. With the exception of the iQOO 3 and Vivo NEX 3S 5G, all the models mentioned were equipped with UFS 3.0 storage and the fastest LPDRR5 RAM.

The number of points earned grows in proportion to rapidly evolving processors, storage, or RAM. With the same pace of development, we can expect a large increase in the already high performance, as evidenced by the upcoming A14 chip from the workshop of the American Apple.

We also send news from the world to Xiaomi by e-mail. 👇

Xiaomi has improved its smart home cameras. They have a high 2K resolution and still excellent prices