We traditionally bring you a ranking of ten the most powerful Android devices for the past month, which it publishes AnTuTu, creator of a popular service for benchmark device testing.

The results are not published by one test, it is an average of at least 1000 measured results from users.

The first place is the game ROG Phone 2

He took first place last month ROG Phone 2 as a gaming smartphone in the highest configuration 12 GB RAM + 512 GB RAM. The final score stopped just before half a million at 496 points. 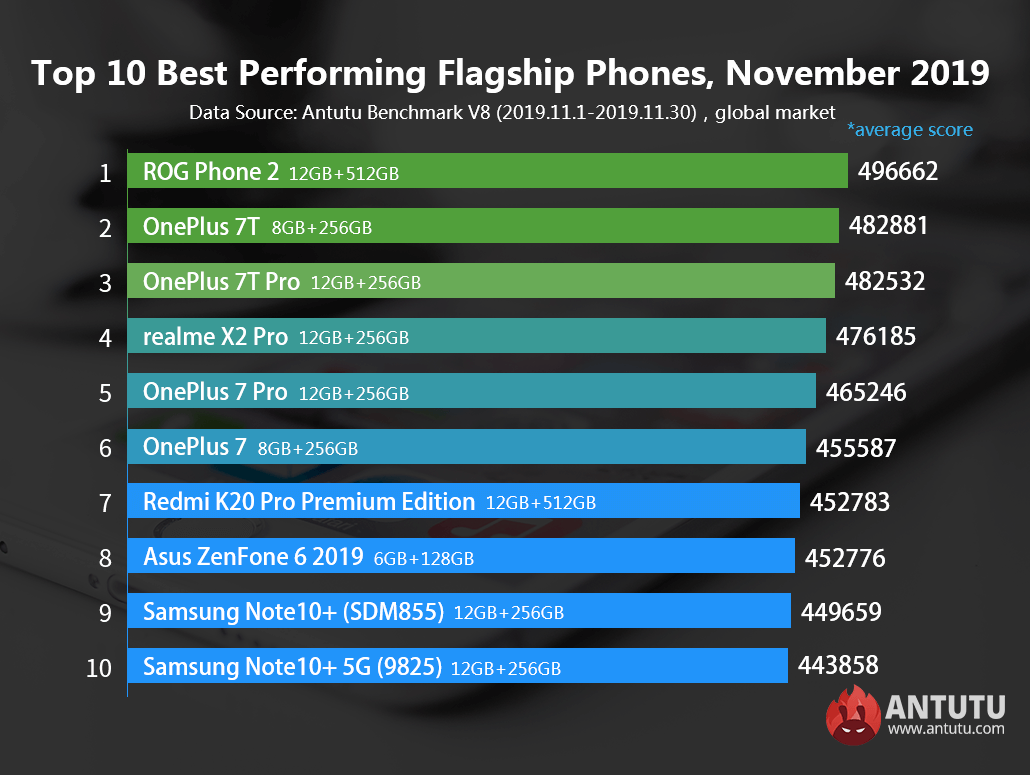 The last three include eighth place and Asus Zenfone 6 (2019), which scored 452 points. He finished ninth and tenth Samsung Galaxy Note 10 +. The ninth place is in the version with the Snapdragon 855 processor with a gain of 449 points. The ranking closes in tenth place with an alternative with the Exynos 659 processor with 9825 points.

Also the ranking of middle-class smartphones

AnTuTu also published a ranking of middle-class smartphones, which this time is dominated by a well-known model Notes redmi 8 Pro in a configuration of 6 GB RAM + 128 GB with a gain of 283 points. The smartphone contains a processor MediaTek G90T focused on the gaming experience, but there are four cameras and an NFC chip. 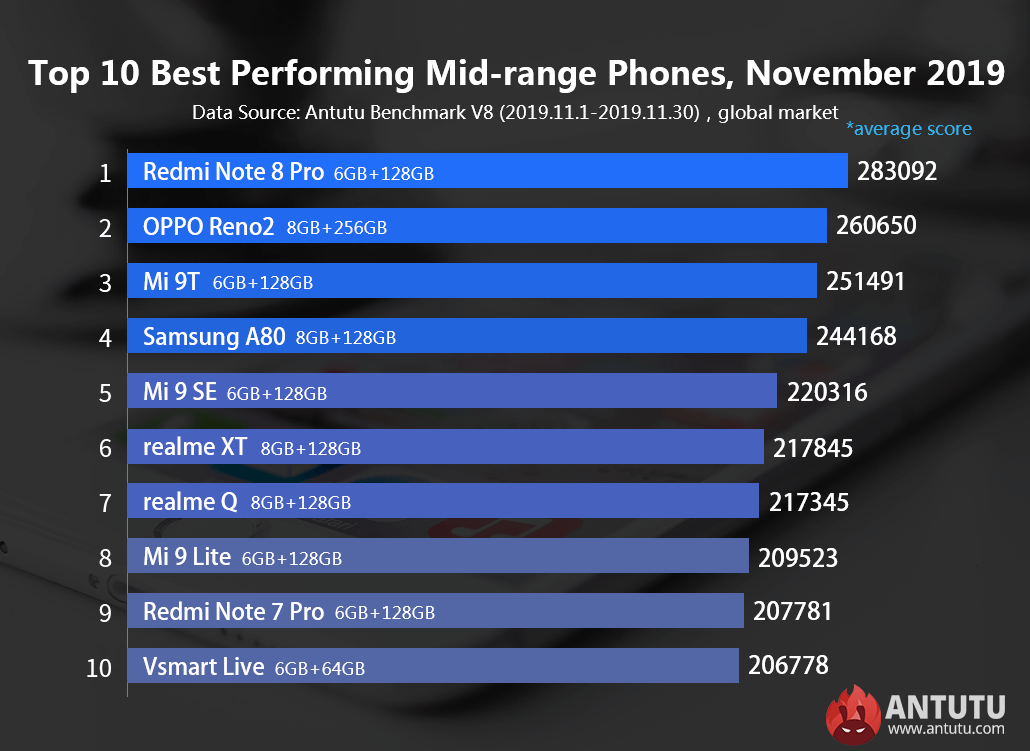 The second place in this ranking was taken by the model Oppo Reno 2 in a configuration of 8 GB RAM + 256 GB with a point spacing of 260. The third place belongs to the popular model Xiaomi Mi 9T in the version 6 GB RAM + 128 GB with a gain of 251 491 points. Xiaomi thus does not lose representation even in this strong category.

However, the competition does not lag behind and the fourth place belongs to the model Samsung A80 with a total score of 244 points. Behind it is a compact smartphone Xiaomi Mi 9 SE with a gain of 220 points. He finished sixth Realme XT with a score of 217 and seventh subsequently Realme Q with a gain of 217 points.

The last three places do not have to be ashamed at all, the eighth place belongs to the model Xiaomi Mi 9 Lite with a number of 209 523 points. The ninth place was occupied by a smartphone Notes redmi 7 Pro with a total score of 207. This time, the ranking closes the model with the tenth place Vsmart Live with a gain of 206 points.

We send other interesting facts about Xiaomi smartphones by e-mail.

AnTuTu score: This performance will be offered by the Redmi K30 powered by Snapdragon 765G

RedmiBook 13 has a stunning design, ultra-slim frames, 10th generation Core i7 and prices that didn't disappoint