This is also how exaggerated love for the brand may look like: Indian fan names his daughter Xiaomi | Xiaomi Planet

This is also how exaggerated love for the brand may look like: An Indian fan named his daughter Xiaomi

Xiaomi is undoubtedly one of the world's most popular brands. Fans fell in love with the Chinese manufacturer because of its fair pricing policy, but also because of the number of different devices it manufactures. But the Lord of India took it too seriously. He named his daughter after a popular electronics manufacturer.

Did your father go too far in that? Probably. Would you name your child that way? Manu Kumar Jain, vice president of the Chinese company, posted the information on his Twitter. He thanked his proud father for his trust in the brand. He also mentioned that the popular Chinese manufacturer would not be where it is now without its loyal fans. And all with zero marketing.

Touched & feeling loved to hear about a #MiFan (& business partner), who named his daughter - "Xiaomi" 😍🙏

Mi Fans love Xiaomi & promote us. Thanks to them, we were able to become No. 1 brand with Zero marketing $. 🥇 This love is special. 💙💚

It didn't happen the first time

If you thought something like this had happened for the first time, you were wrong. Already in 2018, parents from Indonesia decided to name their daughter "Xiaomi Fradella Naufralyn". They also shared their decision without hesitation on social networks, where they shared their daughter's birth certificate. 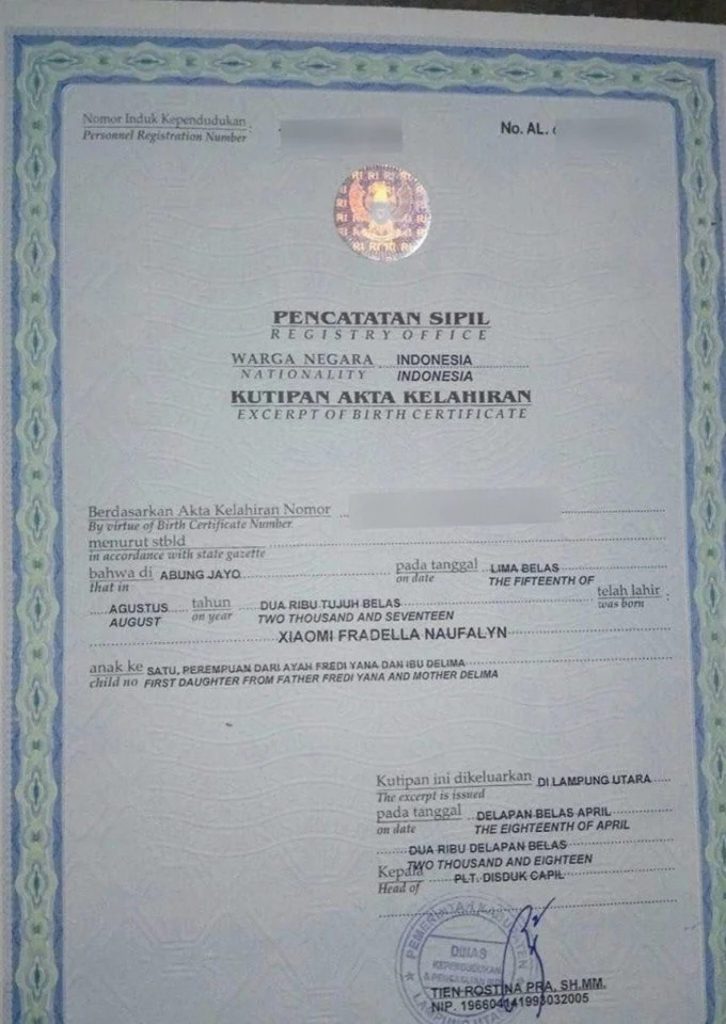 At first, the decision to name the child after the Chinese manufacturer seems at least fleeting. But it is more common in the world than it might seem at first glance. Abroad, for example, many children respond to the name Chanel. It is also quite common for children, as well as adults, to like to be compared to important personalities, such as footballers.

However, the name after the Chinese manufacturer is probably a bit over. The very meaning of the name Xiaomi consists of two important words, which together have an important meaning for the people of Eastern countries. Xiaomi is a word that is derived from cereals that have been used as a staple food in the past. The beginning of the word - Xiao - in translation means dawn, so it can be suited to female names.

Would you name your daughter Xiaomi?

Could you name your offspring after an electronics manufacturer? Or right after Xiaomi? When this has happened at least twice, we can expect to meet even more people named Xiaomi in the future. This is unlikely to happen in Slovakia, but it could easily be repeated in India. And not once.

Amazfit GTS 2e and GTR 2e in the EU stock cheaper only at 114 €: Smart watch capable of measuring body temperature