This is how the gigantic 98 ″ Redmi Smart TV Max is delivered: Crane and a lot of guys - Xiaomi Planet

This is how the gigantic 98 ″ Redmi Smart TV Max: Crane and a lot of guys are delivered

At the end of March, specifically 24,3. In 2020, the Redmi brand introduced a huge 98 ″ television called Redmi Smart TV Max.

Since then, we have brought interesting articles from behind the scenes of this television, for example from its production, but now we could also use the Weibo portal to see how this huge device is installed in the home.

A team of mechanics and a crane?

Before we show in the photos how this gigantic television is installed by customers, let's recap its basic parameters.

Redmi TV Max has a huge 98 ″ display with a resolution of 4K (3840 × 2160 pixels), which demanded its tax on the size and especially the weight of the device. The diagonal of the television in centimeters is up to 249 cm.

TV with accessories weighs an incredible 70 kg and its dimensions without base are up to 1 255 × 2 190 mm. So these are literally gigantic dimensions.

It is clear to almost everyone that an ordinary courier will not be enough for transport and subsequent installation. In the photos above you can see the process of transporting the TV to its owner.

If you lived in China, where 30- to 50-story apartment buildings are common, and decided to buy this gigantic television, a group of guys with a crane overhead would knock on your door instead of an ordinary courier. 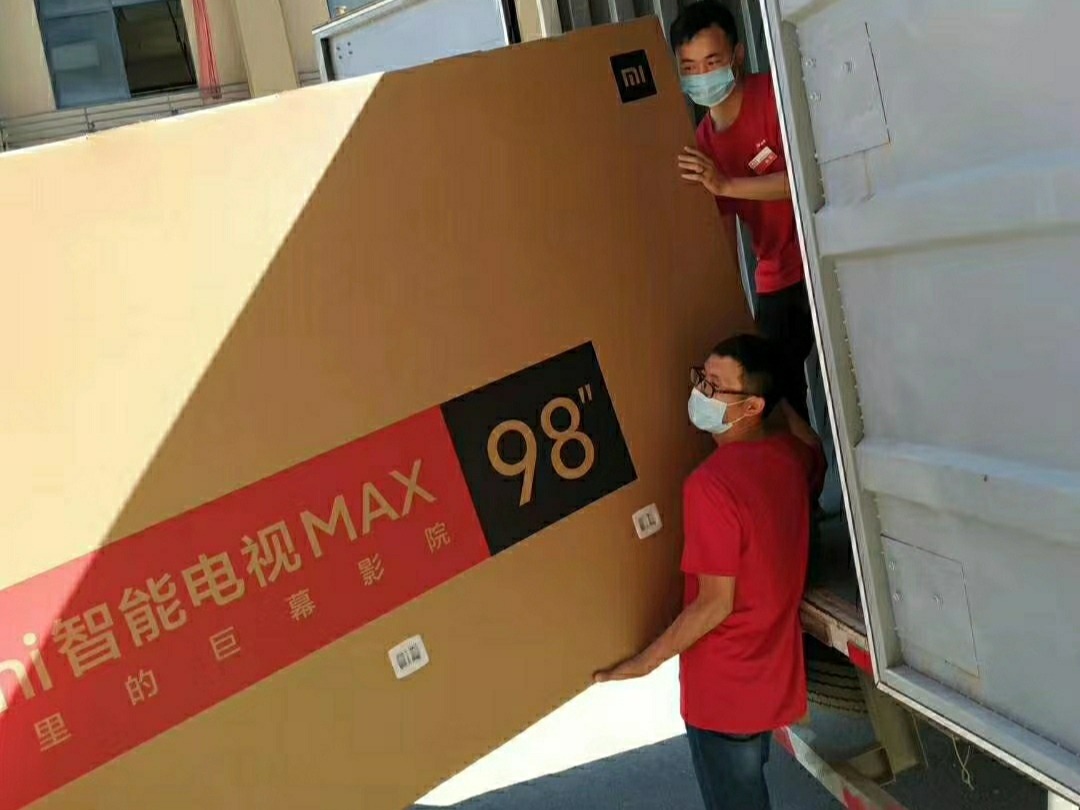 However, it must be acknowledged that the delivery experience once climbs to a completely different level than you were used to. The installation of the huge Redmi Smart TV Max therefore requires a lot of work, but in the end it definitely pays off.

However, it is interesting to see that Xiaomi will also take care of such a demanding delivery process.