Snapdragon 865, which will be in the Xiaomi Mi 10, demonstrates its performance in benchmarks. He destroyed everything - Xiaomi Planet

Snapdragon 865, which will be in the Xiaomi Mi 10, demonstrates its performance in benchmarks. He destroyed everything

Qualcomm has developed and introduced the most powerful processor Snapdragon 865. It is designed for high-end Android smartphones in the coming year 2020. One of the first should be Xiaomi Mi 10.

The performance of the Snapdragon 865 was measured

December 4 / December 2019 took place Press conference Qualcomm brand, on which the new processor was introduced Snapdragon 865. In addition to the information, the invited guests, who came from the most prestigious technological media, were also provided with a reference model of the test equipment. 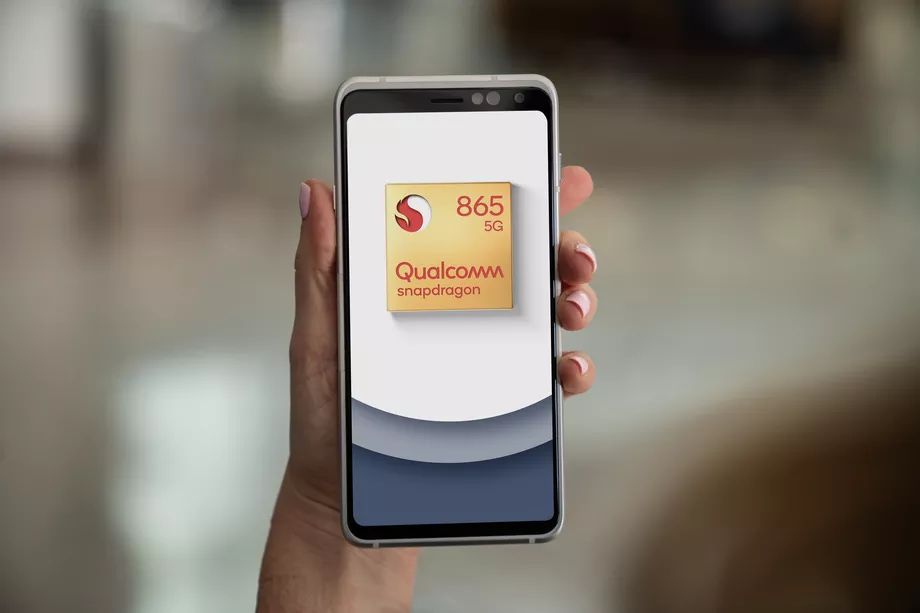 In addition to the reference device, the participants also had other smartphones at their disposal, which are currently among the most powerful in the world, so that they can compare the achieved results. Well-known technological and programming team xda-developers compared the reference device with smartphones Asus Rog Phone 2, Google Pixel 4, Google Pixel 3XL a Huawei Mate 30 Pro.

The table below shows their basic equipment in the table: 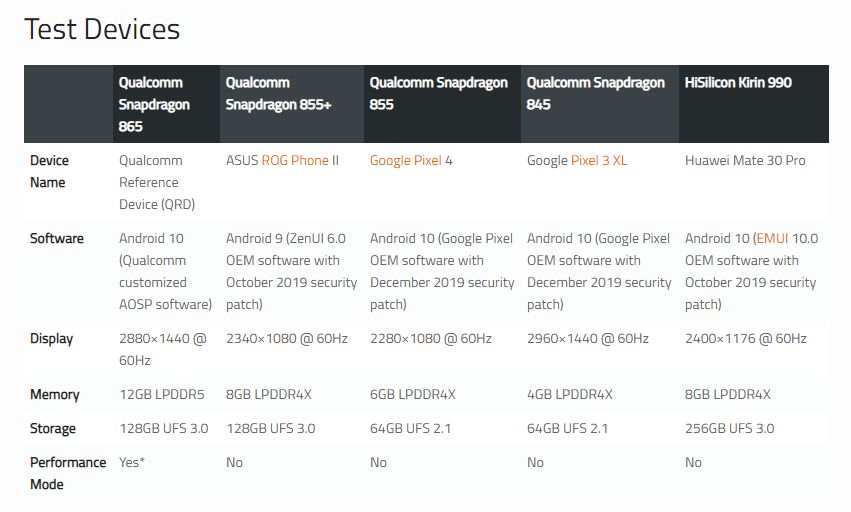 Testing was performed on all known test applications such as AnTuTu Benchmark, GeekBench, GFXBench, but also other less known to the general public. Here are the results: 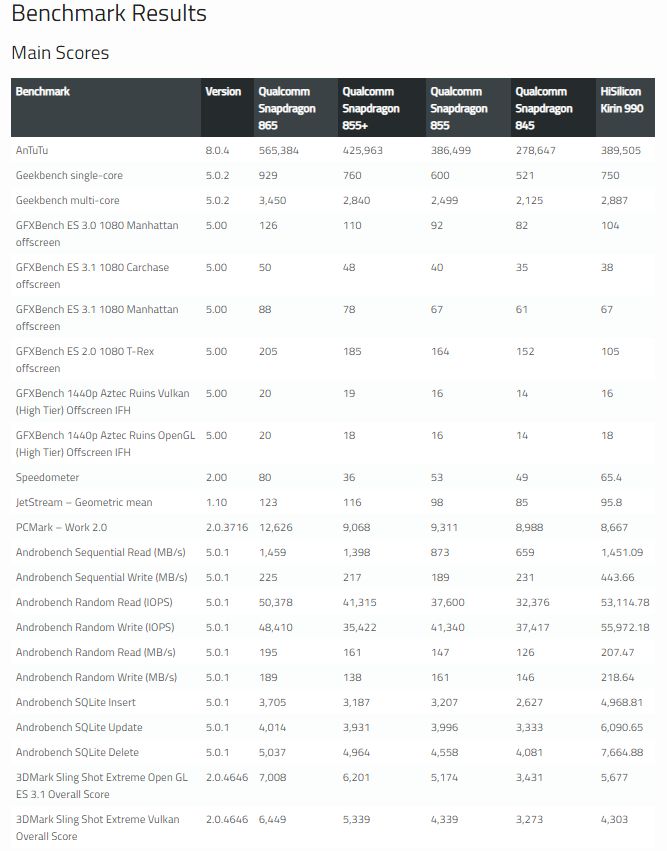 As you can see in the table, the new Snapdragon 865 did not give competitors any chance and in achieved the highest score on all indicators. In the most well-known performance test, AnTuTu thus pushed the imaginary bar to a value 565 384 points.

It should be noted that the current performance results of the Snapdragon 865 come from the Qualcomm reference design platform, which is equivalent to an engineering prototype. Test results may be slightly higher in the future.

The novelty will be integrated in a serial and software-optimized smartphone with better cooling and other more ideal conditions for achieving even better results.

There are even better results from another source

Internet technology diary mydrivers.com published another performance comparison table. According to this test, Snapdragon 865 achieved an even better score. Among others, it managed to compare it with the top processor of the Mediatek brand.

Also an upcoming news label MediaTek Dimensity 1000 achieved a record score, but it was not enough for the new Snapdragon. 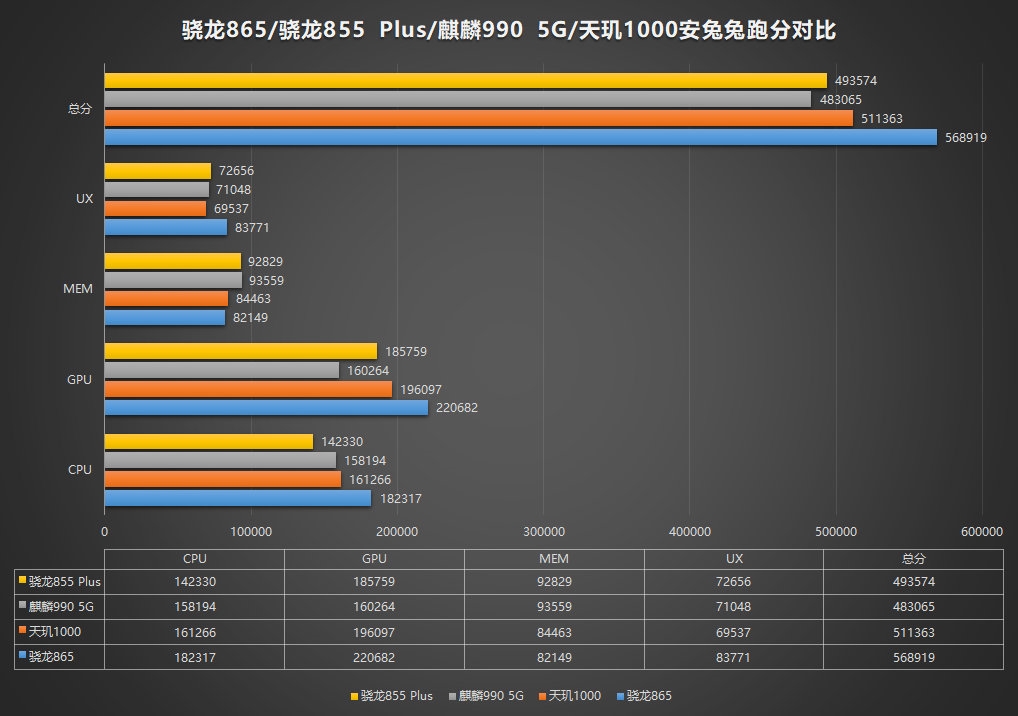 According to the data of the test application AnTuTu Benchmark, the highest measured performance score is currently 568 919 points. This was achieved by a device codenamed "Kona", which was equipped with the latest Snapdragon 865 processor. 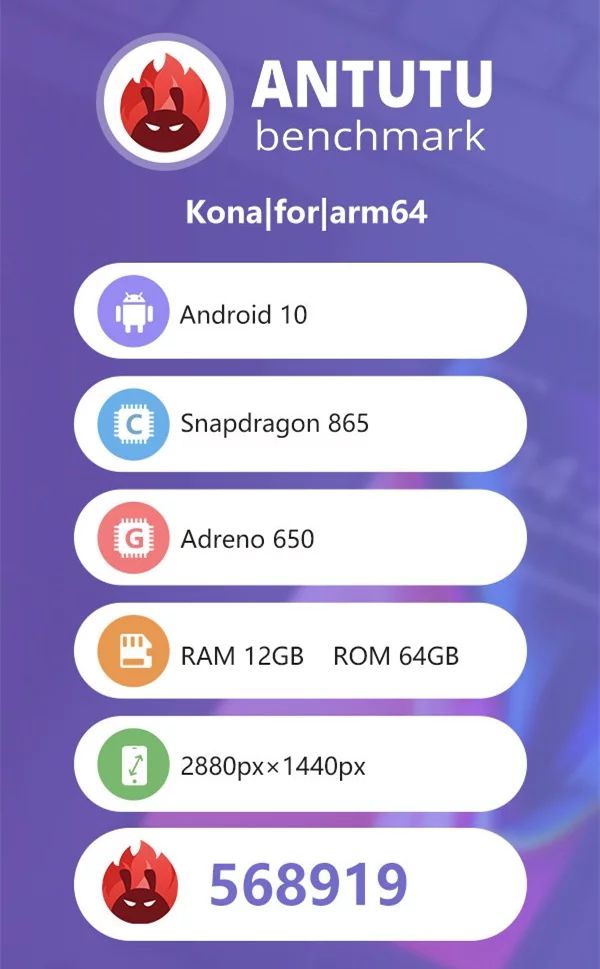 The results achieved are amazing and we are very pleased that this "bloated muscle man" will be among the first to debut in a smartphone from Xiaomi. The already announced flagship Xiaomi Mi 10 raises high expectations and we believe that, as well as the performance, it will not disappoint us with other equipment and a reasonable price.

We also send further news about Xiaomi Mi 10 by e-mail. ?

Xiaomi with the ZMI brand introduced a super-fast car charger. It has an output of up to 45 W and a low price

Xiaomi has a new AKU screwdriver with a USB Type-C connector and charging via a power bank. We have the first coupon