The Segway GT2 is an inflated scooter. Reaches 50 km / h in 4 seconds

Still a record price in the EU warehouse! The monstrous 6000 W Segway GT2 scooter reaches 50 km/h in under 4 seconds

Segway-Ninebot, which is known worldwide for its electric scooters, has introduced a complete model line for the current year 2022. Two scooters from the P series, but also from the GT series, will be launched on the market. Specifically Segway GT2 and Segway GT1. These models promise interesting performance parameters.

Now also in the EU warehouse, we have a decent coupon

Segway, as the largest manufacturer of electric scooters and other vehicles in the world, is bringing its most powerful scooter, the Segway GT2, to market. The scooter is now available on the DHgate marketplace, where the well-known Ninebot Global Store is currently offering it from a Polish warehouse.

The advantage is express delivery within 7 days. We also managed to arrange a decent, more than 80 euro discount coupon. Shipping is even completely free, and the seller states that delivery will take 8-25 business days. 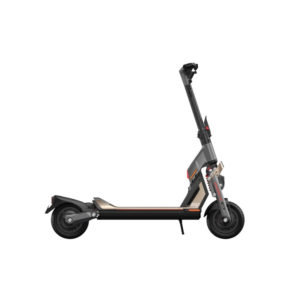 TIP:Express delivery from a Polish warehouse free of duty and VAT.

This product will be delivered to you expressly from a local Polish warehouse. Delivery from Poland usually takes 7-10 days and is delivered by courier. You do not pay any additional fees, no duties or VAT on delivery.

2. Click on our orange button Take advantage of the discount, you will be redirected to the product. Then click on "Buy It Now".

Electric scooters from this manufacturer are characterized by excellent efficiency. Compared to the competition, they can travel a much longer distance on a single charge with an equally large battery. Regardless of whether it is a classic commute to work in the city or more demanding terrain. According to the manufacturer, the news for 2022 should be faster, smarter and safer.

Video from the show:

The Segway GT2 offers even higher performance and longer range. It is a twin-engine scooter with a maximum power of up to 6000 W. This means that accelerates from 0 to 48 km / h in just 3,9 seconds. The maximum speed it makes is also respectable 70 km/h. The battery got capacity 1512 Whwhich should be enough for a 60 km drive. 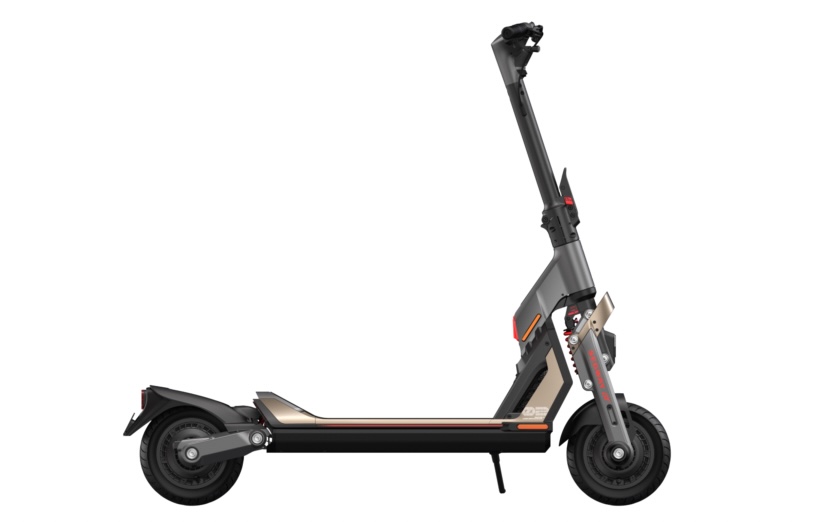 The scooter is built on 11 ″ tubeless tires with a gel layer against the defect and has robust front and rear suspension. The big advantage is that the front shock absorber is hydraulic and the user can even adjust its hardness, depending on the surface conditions.

The manufacturer has even developed its own STDC traction control technology, which will ensure better grip and traction even in the field. 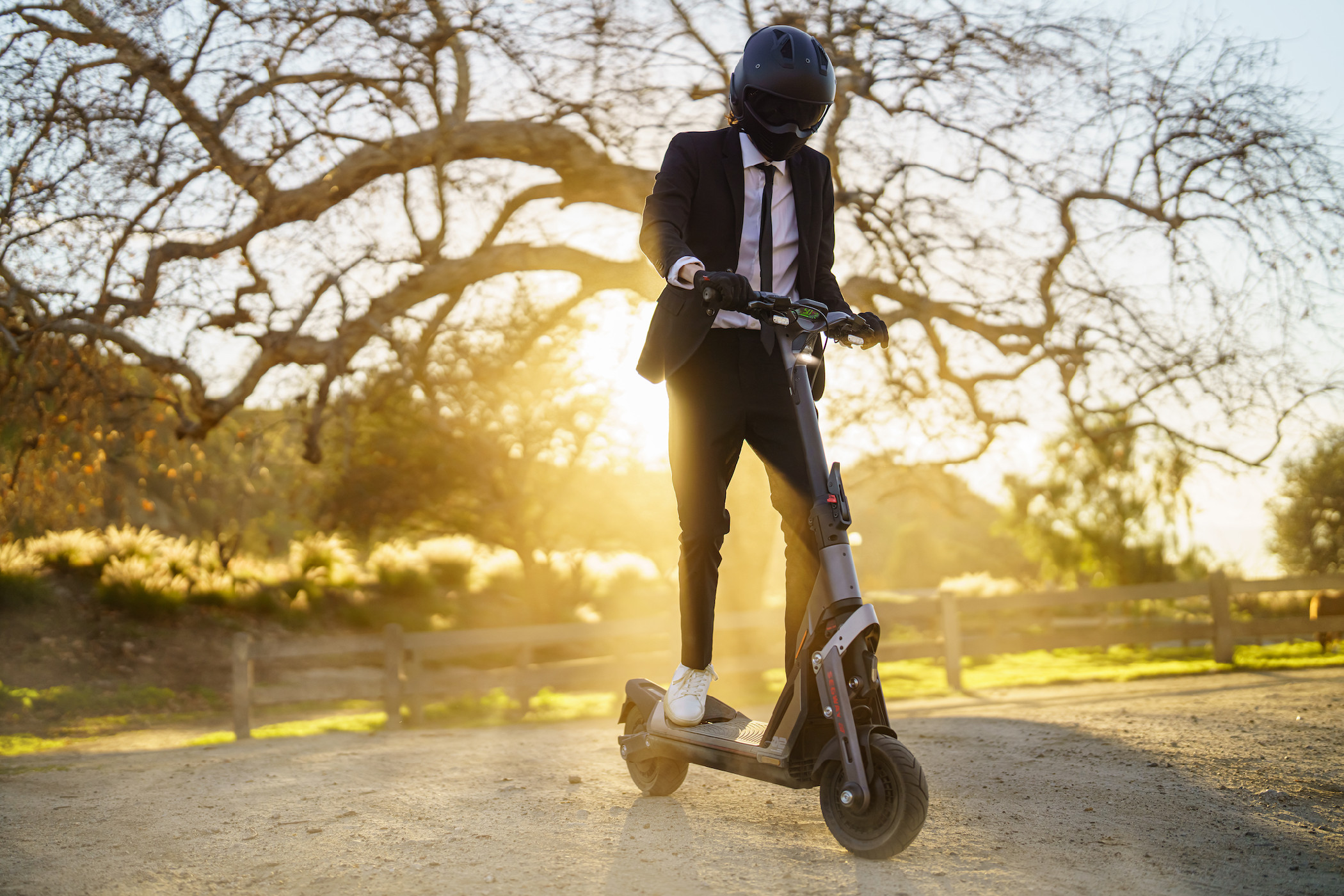 The Segway GT2 also offers a transparent OLED displaywhich displays the current speed while not obstructing your view in front of you. An interesting security solution. 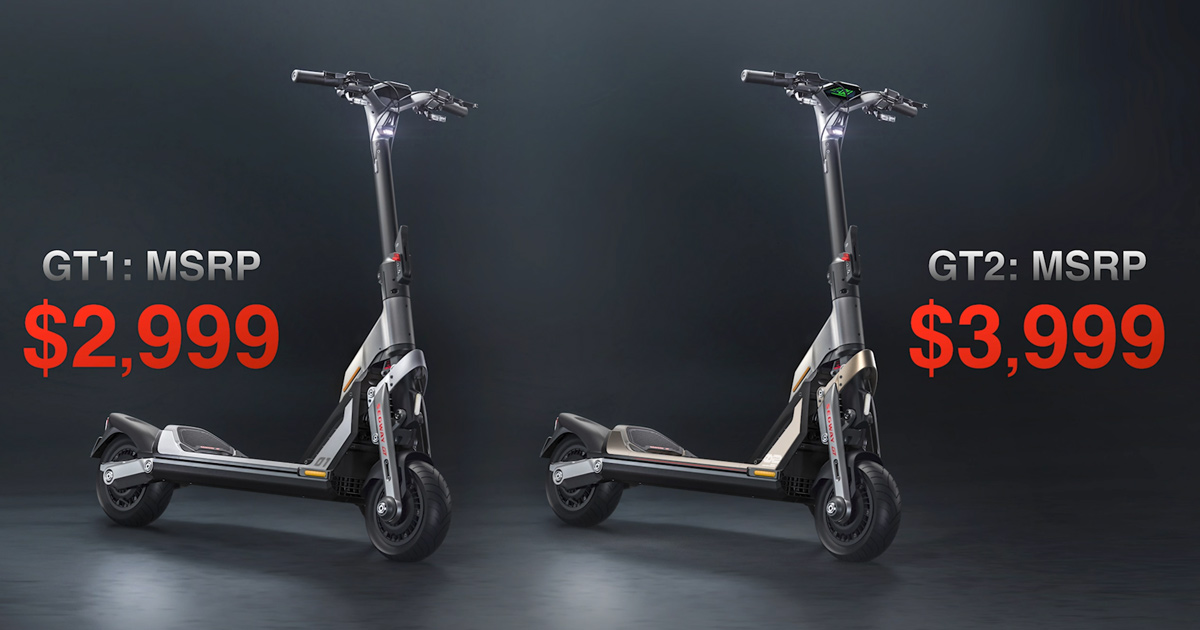 It is these two models that are supposed to be the best that the manufacturer has prepared for us this year. The less powerful and cheaper GT1 can develop a top speed of 60 km / h. The acceleration is also excellent, as it only takes 7,5 seconds for this scooter to get from 0 to 48 km / h. 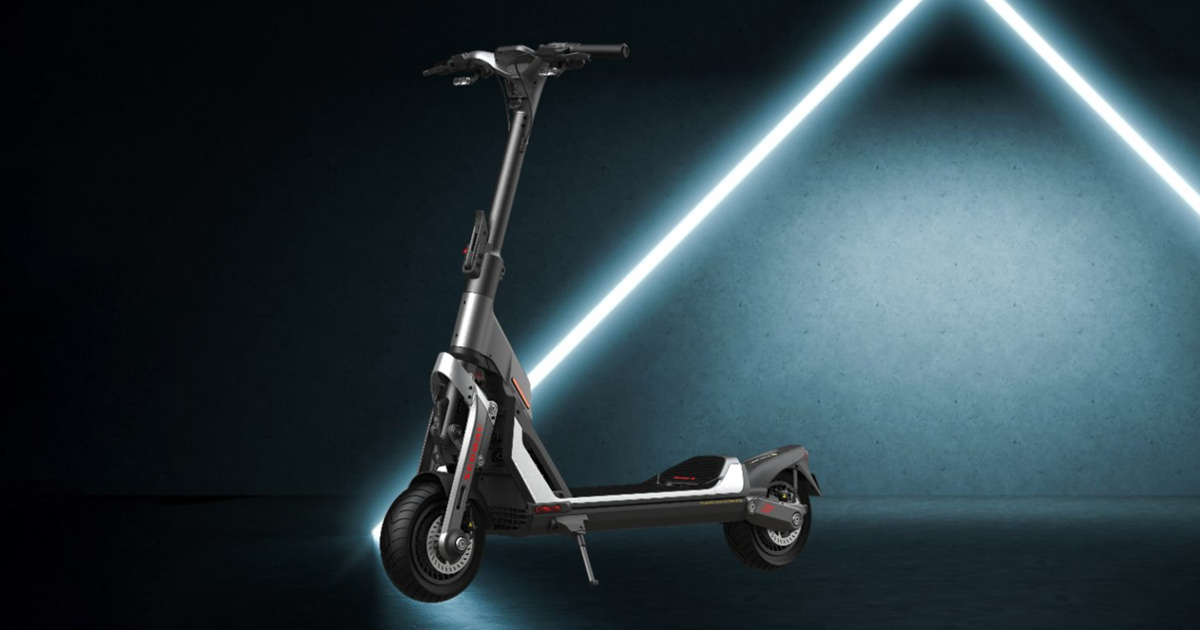 The engine is at maximum load power equal to 3000 W, while the rear wheel is driven. Thanks to the battery capacity 1008 Wh can travel 50 kilometers on a single charge. In the middle. between the handlebars there is an information display where you can see your current speed, driving mode and other important parameters.

These are the direct successors of the popular Segway Ninebot Max G30 scooter. The P-Series is set to be the new standard for "daily commuting". Scooters have a very similar design, but they differ in some key parameters. 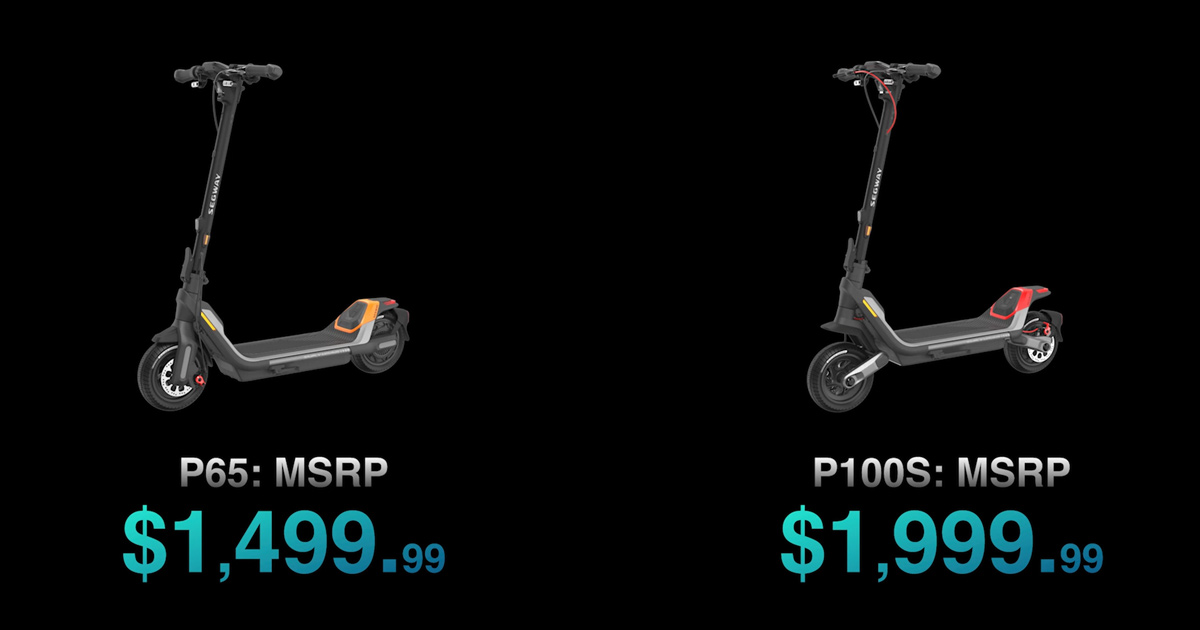 Both models offer the possibility of unlocking and locking via NFC technology. Just attach your smartphone and you're unlocked. Thanks to this, you will not have to carry the keys with you. You will also enjoy the USB-C charging connector, which makes it easy to charge your wearable electronics. 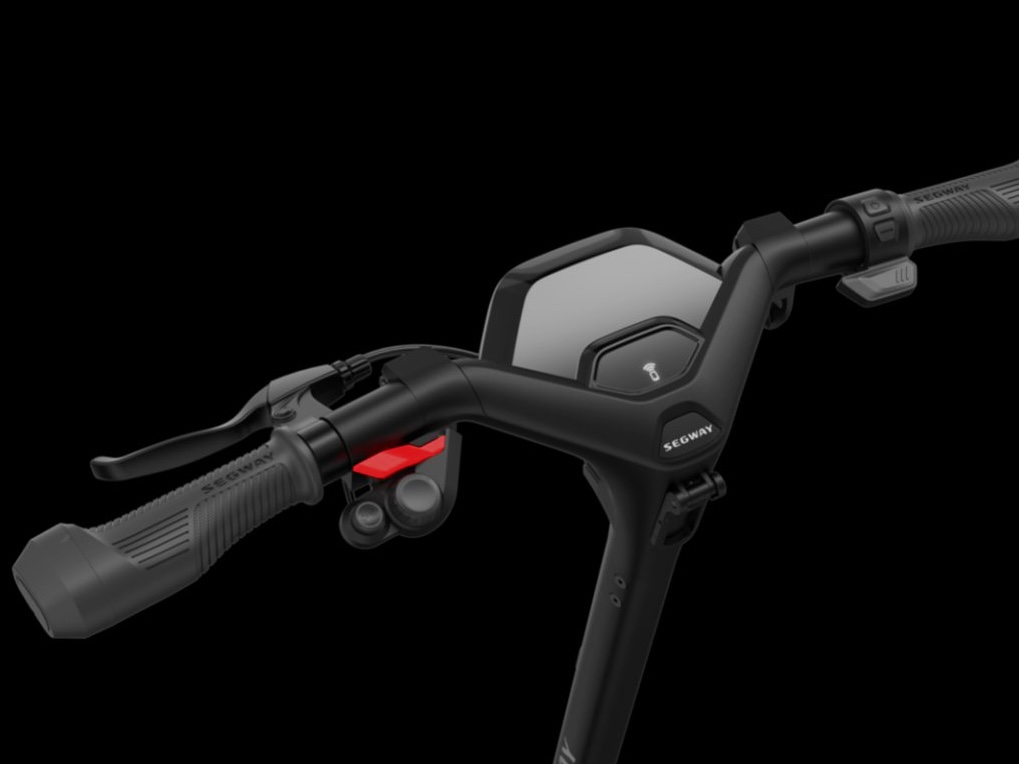 Both scooters are fitted with 10,5-inch tires and feature a single motor that drives the rear wheel. However, they differ in performance and range. While the Segway P65 offers a nominal power of 500 watts, it temporarily offers up to 1080 W, the P100S engine has 650 W, while temporarily able to develop the maximum power 1350 W.

The maximum speed is 35, resp. 43 km / h. While the cheaper model offers a very decent range of 65 km, the P100S manufacturer states up to 100 km. The mentioned runs are guaranteed at a speed of 25 km / h and a rider weight of 75 kg. Both scooters have an OLED display on the handlebars, which informs you about the current speed and other important driving parameters. 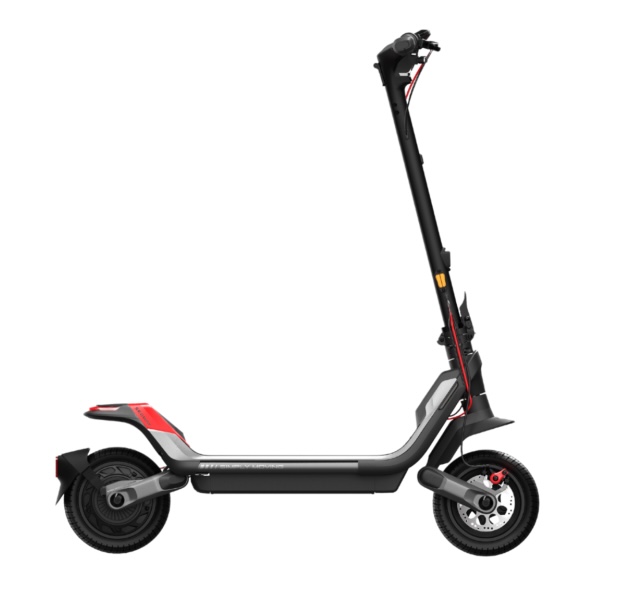 Such a price has never been in the EU warehouse! Roidmi Eva is an almost self-sufficient vacuum cleaner. Washes and dries double mops, pours clean water