Our favorite Chinese manufacturer, Xiaomi, in a few days (press conference is scheduled for September 15, 2021) will present global news within the series of smartphones Xiaomi 11t. We have new renders and we also know the price of the tablet Xiaomi Pad 5.

As you can see in the pictures below, a novelty with the label Xiaomi 11t should be available in blue, white and gray. These should be the same colors that were mentioned in the previous leak from 91 Mobiles, which concerned the UK market. The official designation of these color versions is Meteorite Gray, Celestial Blue resp. Moonlight White.

From the new photos, we also know the side of the smartphone. It contains a button for volume control and a slightly recessed button for switching the device on / off. This button will probably also include a capacitive fingerprint reader sensor.

The Chinese manufacturer recently confirmed that the Xiaomi 11T series of smartphones will receive three generations of new operating system updates. In addition, there will be four years of security updates. 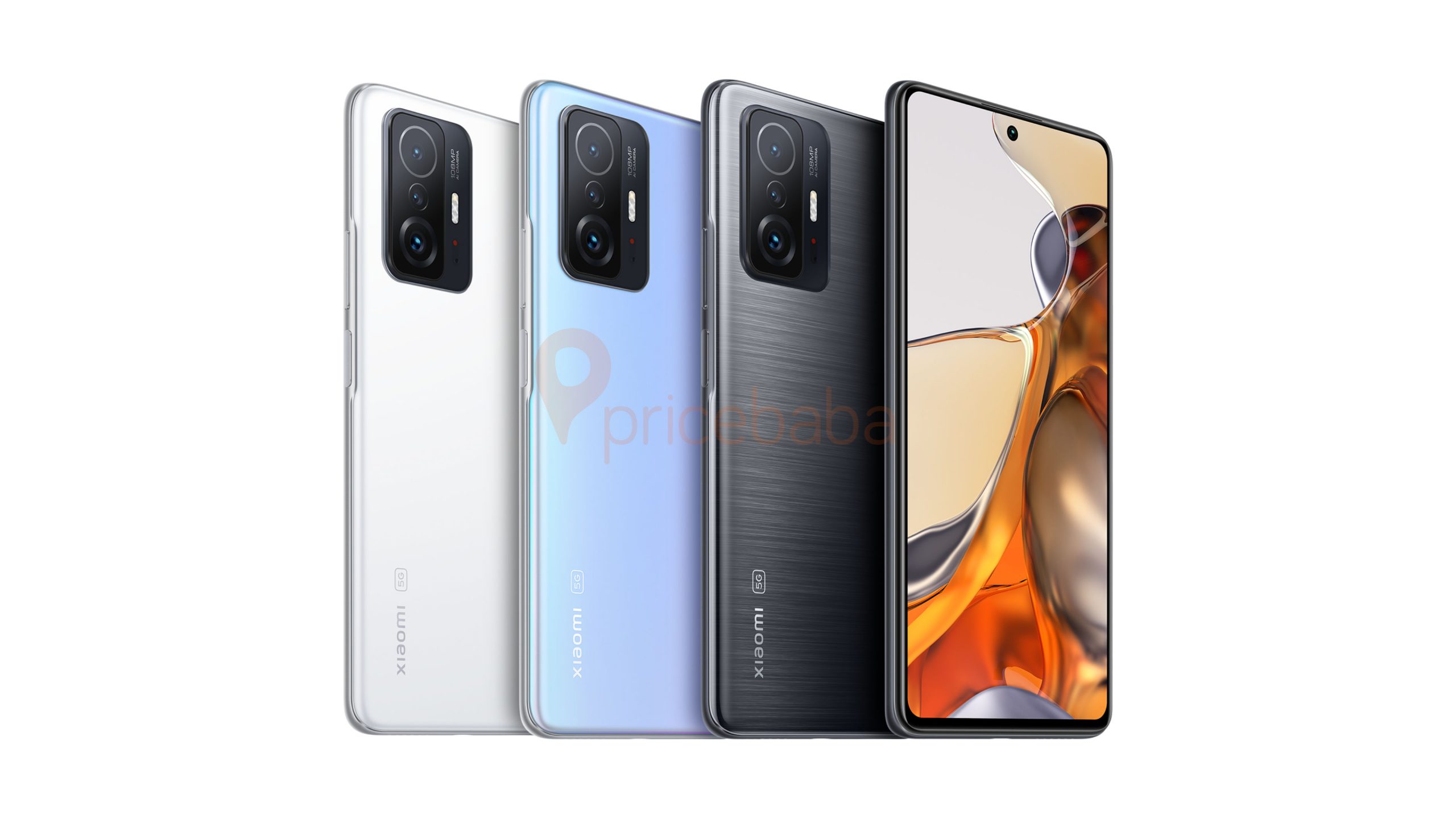 We know from other leaks that the 11T Pro will offer a 120 Hz OLED panel, a Dimensity 1200 processor, 8 GB of RAM or 256 GB of storage. Three rear cameras with a main sensor of up to 108 MPx or a powerful battery with 120 W fast charging are also expected. The 11T model should offer identical specifications with one single difference - the main rear camera should be a 64 MPx sensor.

New with the name Xiaomi 11 Lite 5G NE should arrive in color versions Vinyl Black, Tuscany Coral and Jazz Blue. There should also be a textured white version, similar to the original Mi 11 Lite 5G. And this white version was already part of the leak of information from the source 91 Mobiles. 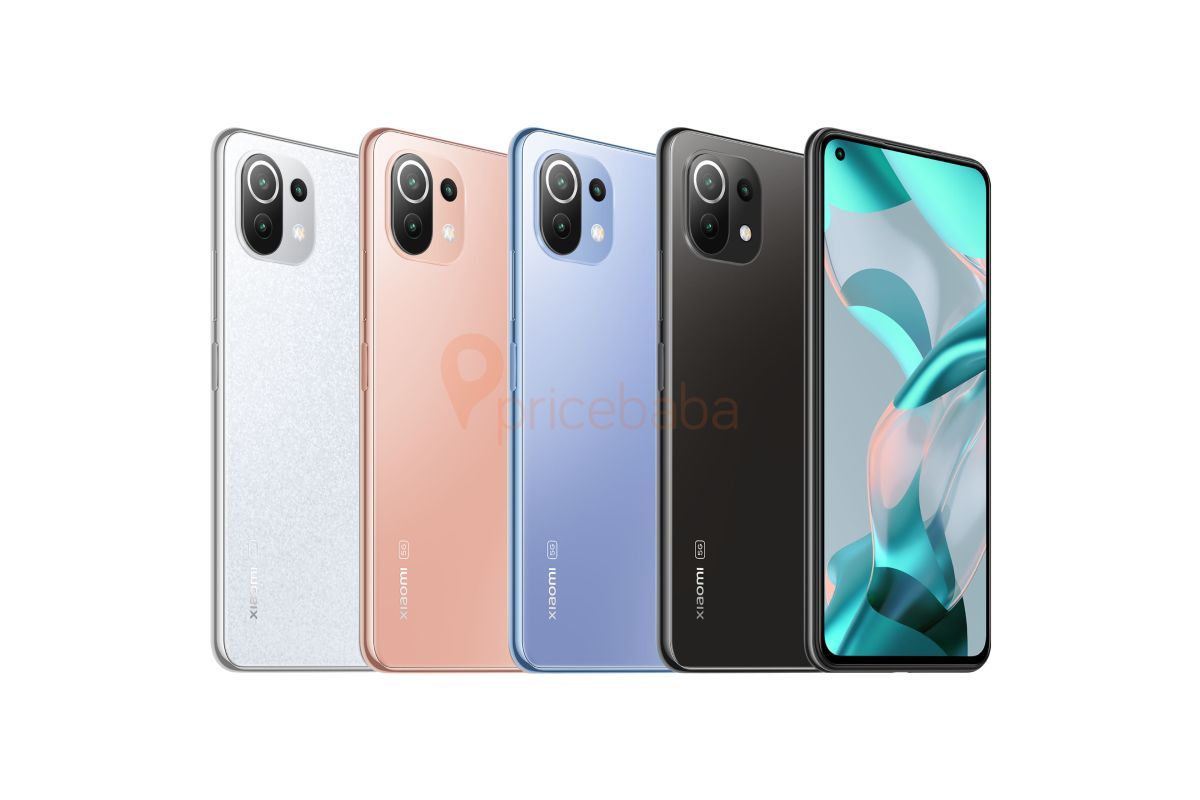 We also received an explanation for the abbreviation "NO" in a recent leak. This is the New Edition, meaning "the new edition." Other technical specifications should be the same as for the original smartphone. What are they like?

The Xiaomi Mi 11 Lite 5G was equipped with a 6,55 ″ Full HD + AMOLED panel with a refresh rate of 90 Hz. It had a 64 MPx rear camera, a 20 MPx front sensor, 8 GB of RAM or 256 GB of storage. The equipment also included the Android 11 system with a MIUI 12.5 graphic superstructure or a 4250 mAh battery with 33 W fast charging. In this case, the fingerprint sensor was located at the side edge.

The latest product to be introduced globally at the press conference is the new tablet Xiaomi pad 5. A new leak confirmed the configuration of 6 GB RAM + 128 GB storage for a retail price of € 399 (tablet, without accessories).

This price was also mistakenly and prematurely listed on the website of one of the European sellers. There is also a Pro version of this tablet, but it is currently only sold in China. 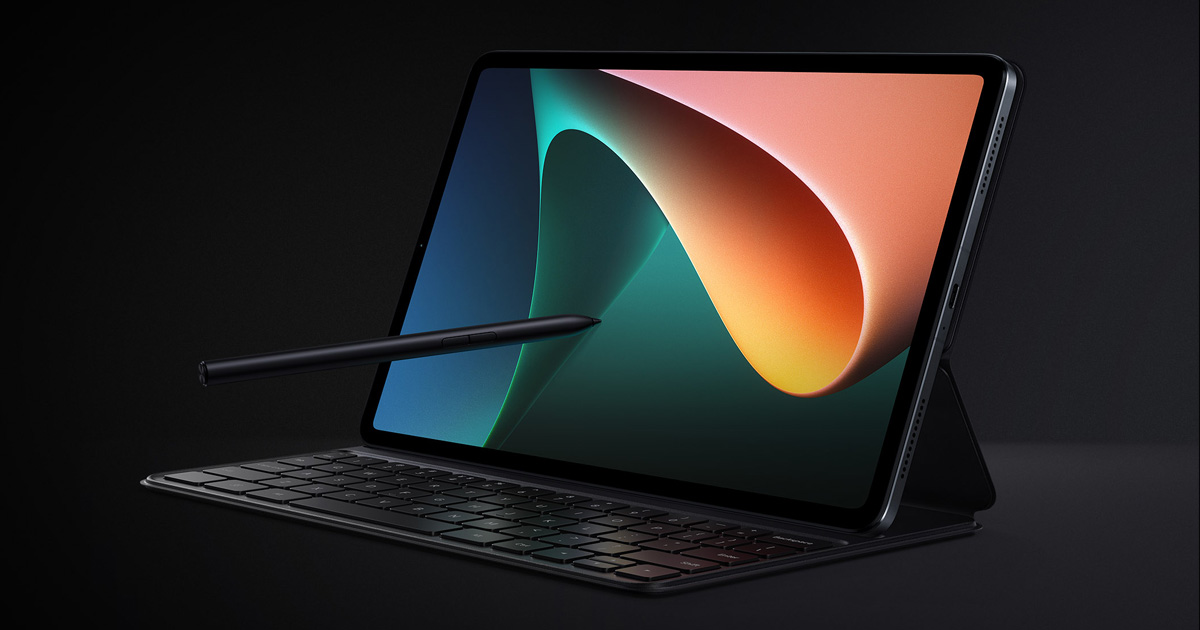 Xiaomi pad 5 should offer an 11 ″ 120 Hz LCD display with a resolution of 2560 x 1600 pixels, a brightness of 500 nits and support for HDR 10 and Dolby Vision technologies. In terms of performance, the Snapdragon 860 processor will not be missing, and the 8720 mAh battery with support for 33 W fast charging will ensure good endurance. The tablet will also have a rear 13 MPx camera as well as a front sensor with a resolution of 8 MPx.

Do you like the upcoming news from the Xiaomi workshop? You can easily write your observations and opinions to us below in the discussion below the article. Follow our new group on Facebook: Xiaomi Planet - A place for real Xiaomi fans and also our portal Xiaomi Planet and you will learn more.

Xiaomi Mijia 1T vacuum cleaner in EU stock for a great 212 € also with accessories. Power up to 3000 Pa or ToF camera with 3D modeling of the environment