Redmi smartwatch has been certified. They should be presented in October

Xiaomi Mi Watch attracted a lot of attention last year. It was a smart watch with the Wear OS operating system, a huge battery and a number of advanced functions. However, we still have not seen the global version.

The first Redmi smartwatches are on the horizon

The Chinese manufacturer now plans to introduce a similar model, but under the Redmi brand. This means that the watch will offer, in addition to all the necessary functions, an interesting price.

New Redmi smartwatch has already received a certificate from the Chinese Ministry of Industry and Information Technology.

We don't have much information yet

The incoming model was designated REDMIWT01. According to the latest information, the official performance should take place in October this year. We don't have much information about smart watches yet. Above-standard endurance should be confirmed. 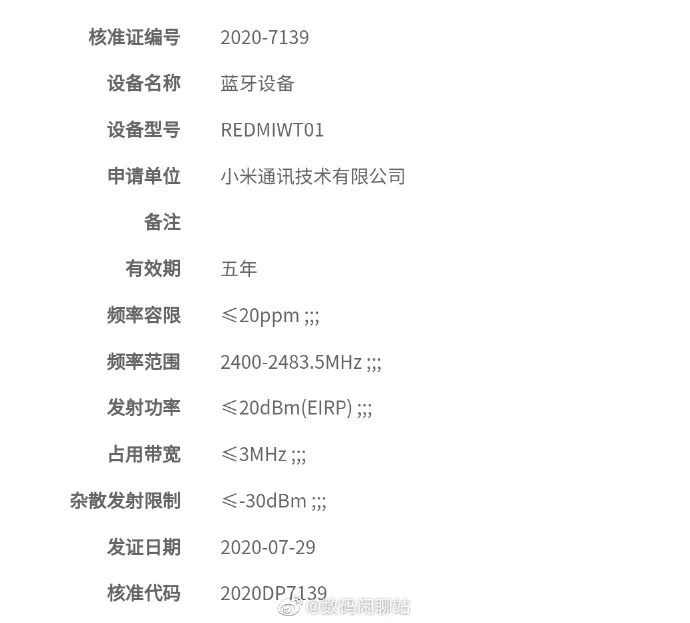 The well-known leakster Digital Chat Sation published a screenshot on the Chinese social network Weibo, which confirmed the certification of the incoming watch.

There is no information yet about the used processor, memory or display resolution. Xiaomi Mi Watch offered a 1,78 ″ display with a resolution of 368 x 448 pixels, in this case we can expect something similar.

As it will be a cheaper model, the manufacturer will have to take it somewhere. We would bet on storage capacity, which could be reduced from 8 GB to 4 GB, or eSIM support could be omitted.

But we will have to wait for the final specifications. Maybe we will learn more in a moment, now we can only argue about the parameters.

Xiaomi has announced the launch date of its first 8G Smart TV with 5G support. He gets special technology