Redmi Note 9 Pro is shown in the video the day before the show. This is what it will look like Xiaomi Planet

Redmi Note 9 Pro is shown in the video the day before the show. This is how it will look

The presentation of the new series of the Redmi brand with the number 9 is ready for tomorrow, ie for March 12, 2020. Two smartphones are expected to be introduced Redmi Note 9, Notes redmi 9 Pro, although some leaks also speak of a super big Redmi Note 9 Pro Max.

There is not much official information about the new series

Due to the conditions of the Redmi brand, it is an unusual situation when only a day before the introduction of the news we do not have at least basic information about the upcoming products. In the past, we witnessed the sharing of information from official sources and we knew the parameters of new smartphones before the official presentation. 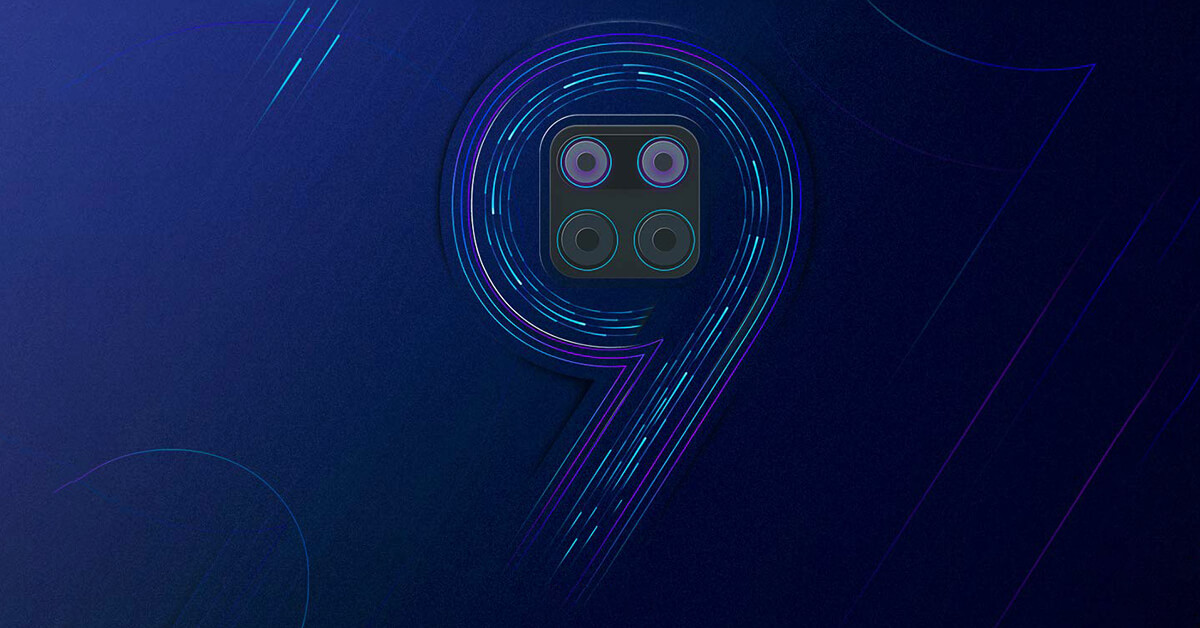 However, something got into the public space, thanks to leaks. However, it is difficult to distinguish between them which of them provide relevant information and which are fabrications. One of the last ones is the sharing of real photos prepared by Redmi Note 9 Pro by the Vietnamese Youtuber.

The first real views from the Vietnamese Youtuber

These photos revealed the front of the smartphone and its internal components. At first glance, the innovation is interesting in the form of a hole in the display in which the front camera is located.

This element, slang for "shooting", is for the first time in the Redmi smartphone placed in the middle of the upper part of the display and has an unreasonably large diameter for our taste. 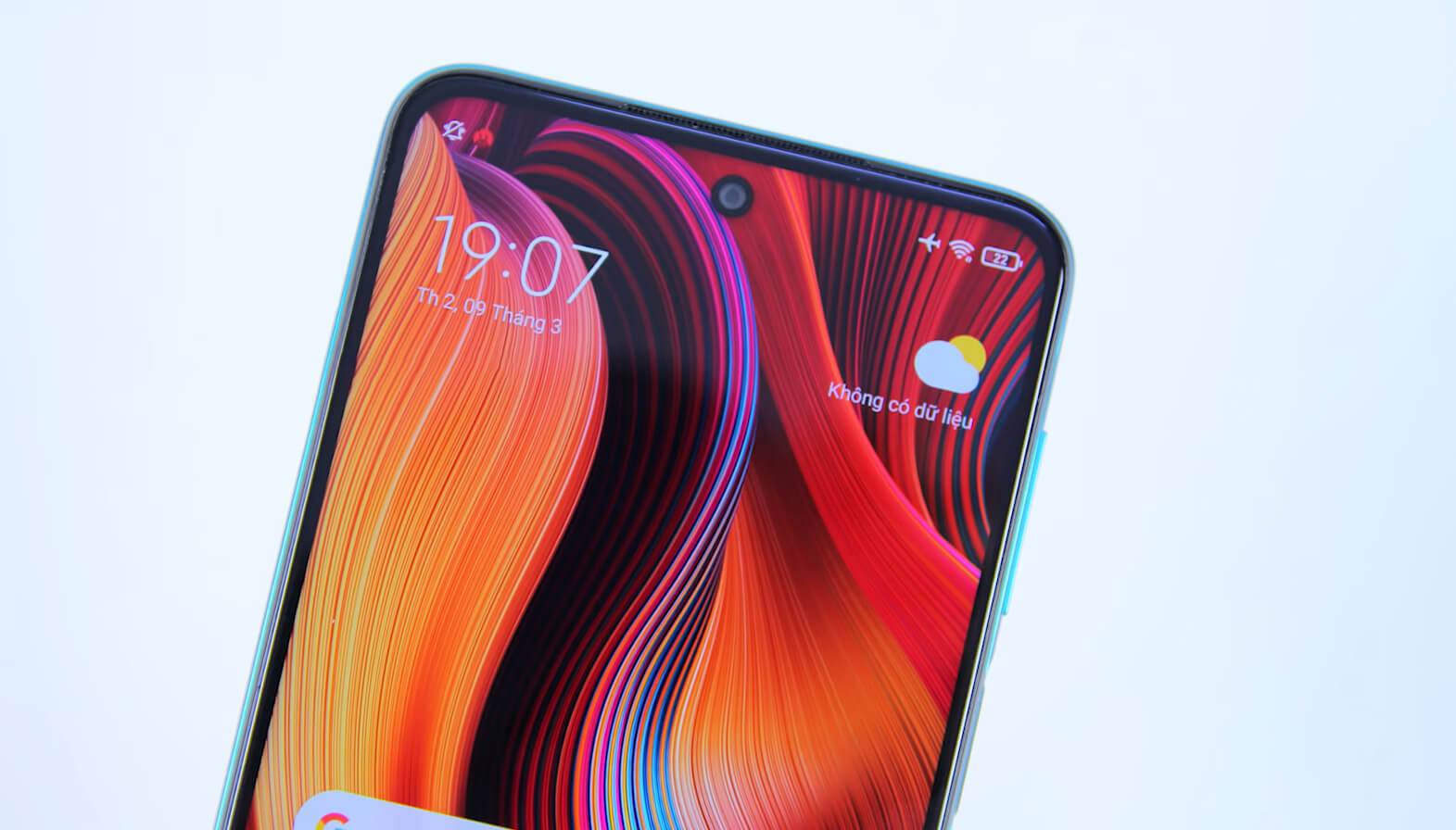 The phone shown otherwise has a classic layout of controls and relatively narrow frames around the display, which, however, we cannot compare with top smartphones. 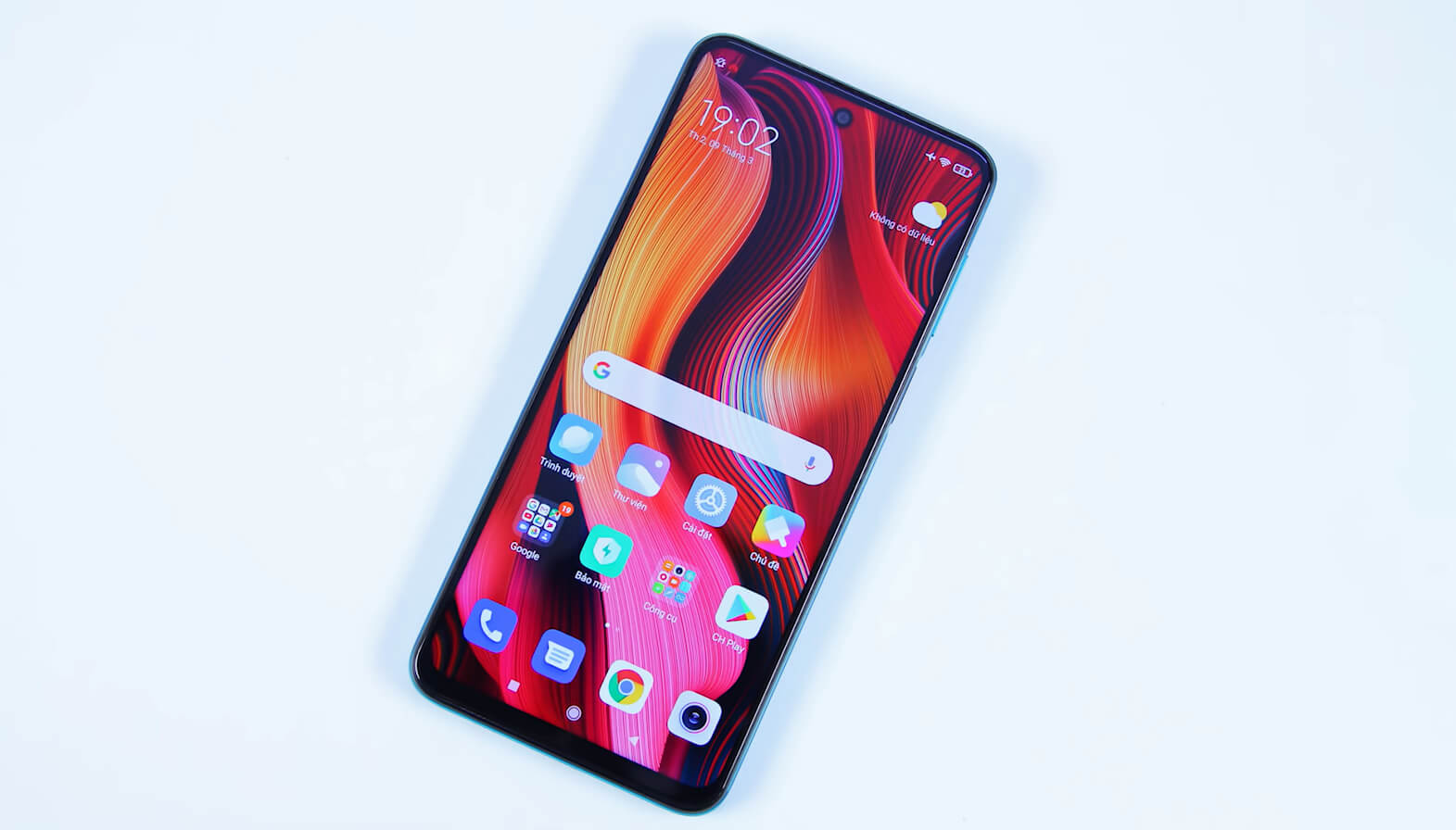 The rear disassembled side of the phone offers a view into the bowels of the device. We see a square camera module with four sensors, but their configuration has not been officially confirmed. 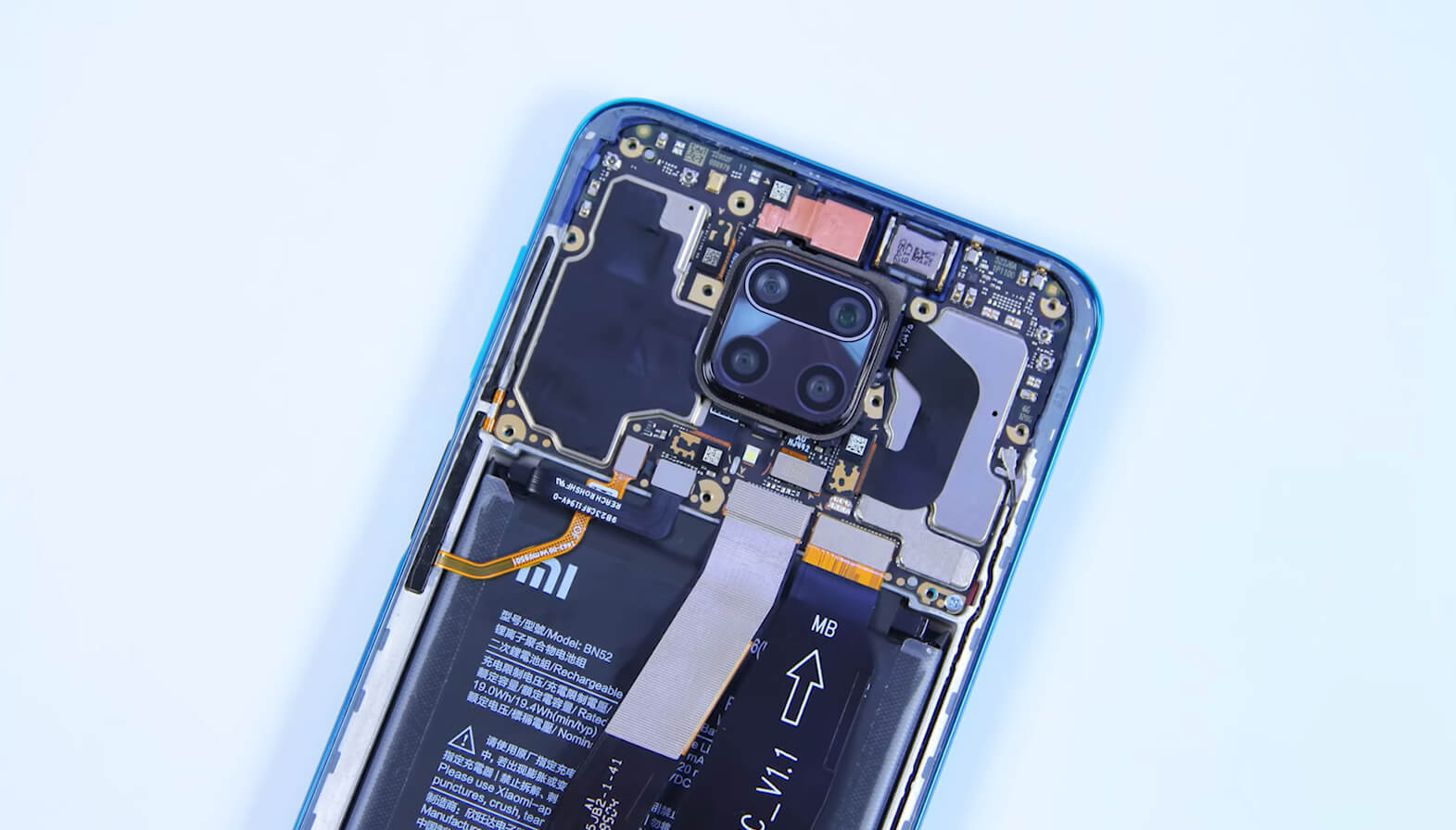 Youtuber also offered a detailed view of the side walls of the smartphone. On the left side there is a drawer for two nano SIM cards together with microSD card slot. 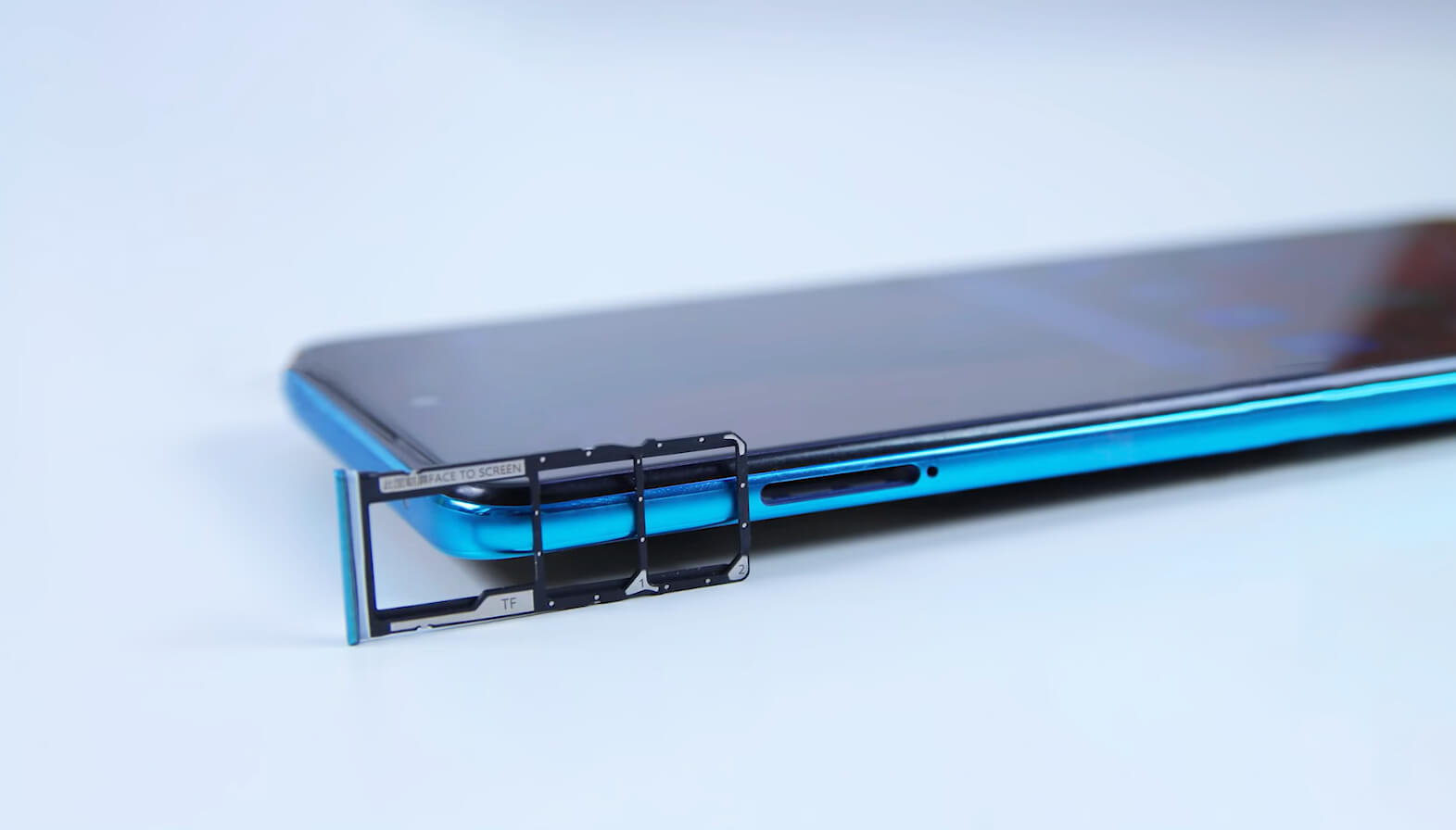 The right side reveals the position of the volume +/- buttons and the power button. It is slightly recessed into the side edge, similar to Redmi K30 and is likely to contain in this case as well fingerprint reader.

The lower and upper edges of the smartphone were also revealed. In the lower one we see the perforation of the speaker and the microphone. It's in the middle USB C connector and to the left of it 3,5 mm audio connector. There is a lens at the top infrared port and a small hole for another microphone.

At the end of the video, youtuber will show the offer of the Vietnamese sales internet portal ClickBuy.com, where the Redmi Note 9 smartphone is for sale. It is available for 4 Vietnamese dong, which is approximately 170 € / 4 374 CZK. 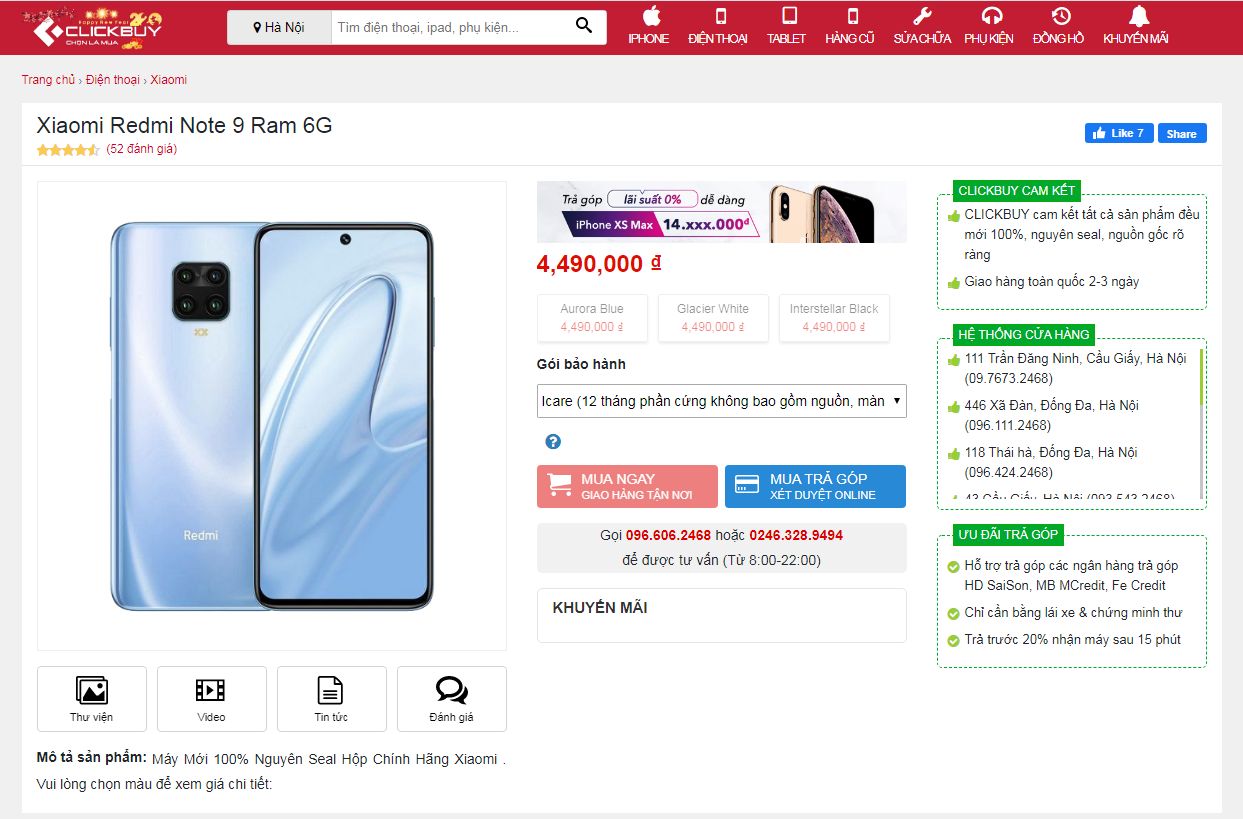 The battery has a capacity 4 500 mAh and the smartphone is offered in three colors Aurora Blue, Glacier white, Interstellar Black. As this offer is credible, it remains a question.

If you fancy, watch the full presentation video in Vietnamese:

In the platform database GeekBench, which deals with measuring the performance of processors in smartphones passed a device with a code designation Xiaomi merlin. Estimates say this should be the much-anticipated Redmi Note 9 smartphone.

It is interesting that the tested device is equipped with an unknown brand processor Mediatek with code number ARM MT6769V / CZ. Together with 6 GB of RAM, the device scored in the test 345 points per core and 1 247 points in a multi-core test. 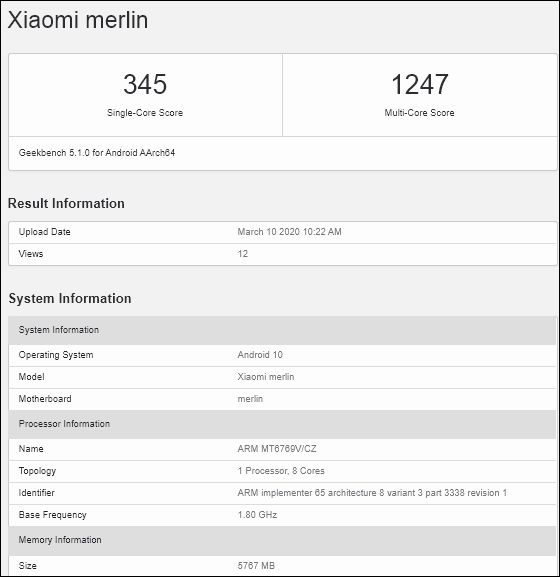 Devices with processors get similar values Mediatek Helio G70 and therefore it is expected that it could be this chipset. However, this is not confirmed, nor is the fact that the tested device could be the Redmi Note 9 / Pro smartphone.

Information from official sources does not reveal much. Only a few advertising banners were listed. These refer to the Redmi 9 series and show a rear camera module with four cameras arranged in a square.

The manufacturer attracts professional camera functions, processor performance as well as fast charging and design. At the same time, he characterizes all these elements in the advertisement bestially. The latest published poster invites to the largest online live presentation of new products, dominated by the numbers 9. The event will take place March 12, 2020 in India o 12: 00 h local time. 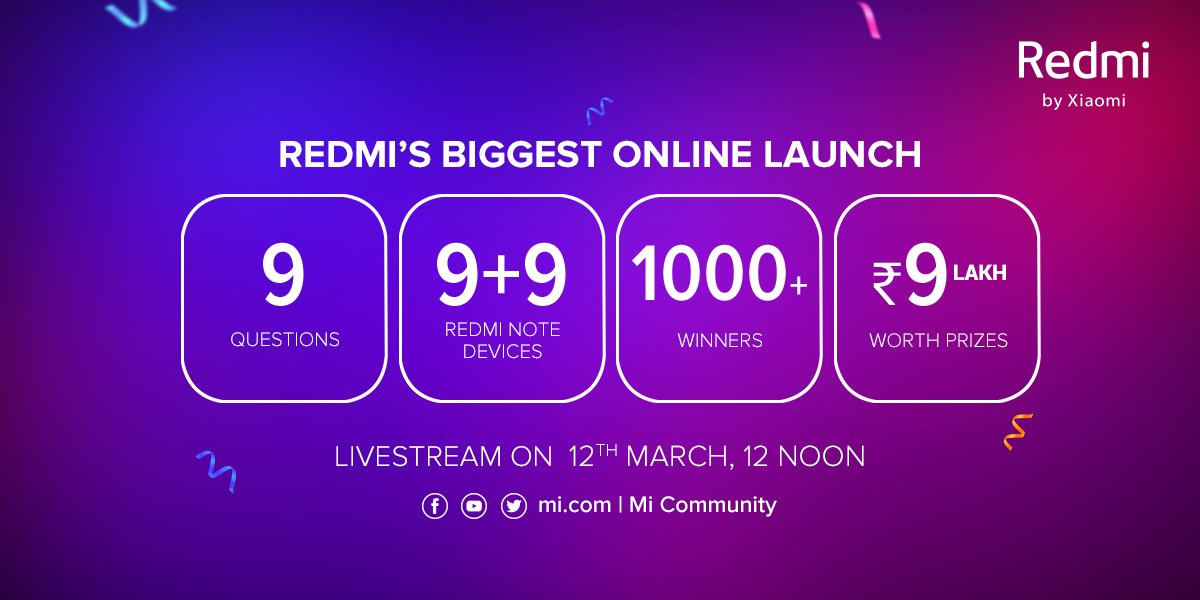 The ad promises a show two Redmi devices and attracts the price Rs. 9 Lakh - which could be encrypted 9 Indian rupees. (after conversion approx 107 € / 2 753 CZK).

Redmi devices will be introduced tomorrow in the morning of our time. Of course, we will monitor the online broadcast and release comprehensive information about the news as soon as possible.

As soon as Redmi Note 9 Pro introduces, we will send you the prices and parameters by e-mail. 👇

Video: Xiaomi Mi Note 10 in endurance test. It is one of the most durable Xiaomi smartphones ever