Redmi Note 9 Pro vs. Redmi Note 8 Pro: What has changed and what are the improvements? - Xiaomi Planet

Redmi Note 9 Pro vs Redmi Note 8 Pro: What has changed and what are the improvements?

The new series of Redmi Note smartphones has just been introduced, and questions are beginning to arise as to whether buying them will pay off. Notes redmi 9 Pro a Redmi Note 9 Pro Max they definitely brought some innovations and we prepared to compare them with last year's predecessor Notes redmi 8 Pro.

This topic may be a little premature, as the news will not be available immediately and no one has yet confirmed its availability in the global market. However, many users are concerned about whether it is worth waiting for the new Redmi smartphones.

Undecided are especially those who are currently choosing a new middle-class smartphone, but also those who own last year's Redmi Note 8 Pro. Let's take a look at a comparison table of technical specifications of both innovations with their predecessor. We will point out a few more fundamental differences in more detail.

It's unbelievable, but our smartphones have grown a bit again. The Redmi Note 8 Pro is already a relatively large and heavy smartphone, and the 9 Series contains a few extra millimeters and grams. We are not happy about this growing trend, but we have nothing left but to get used to it. 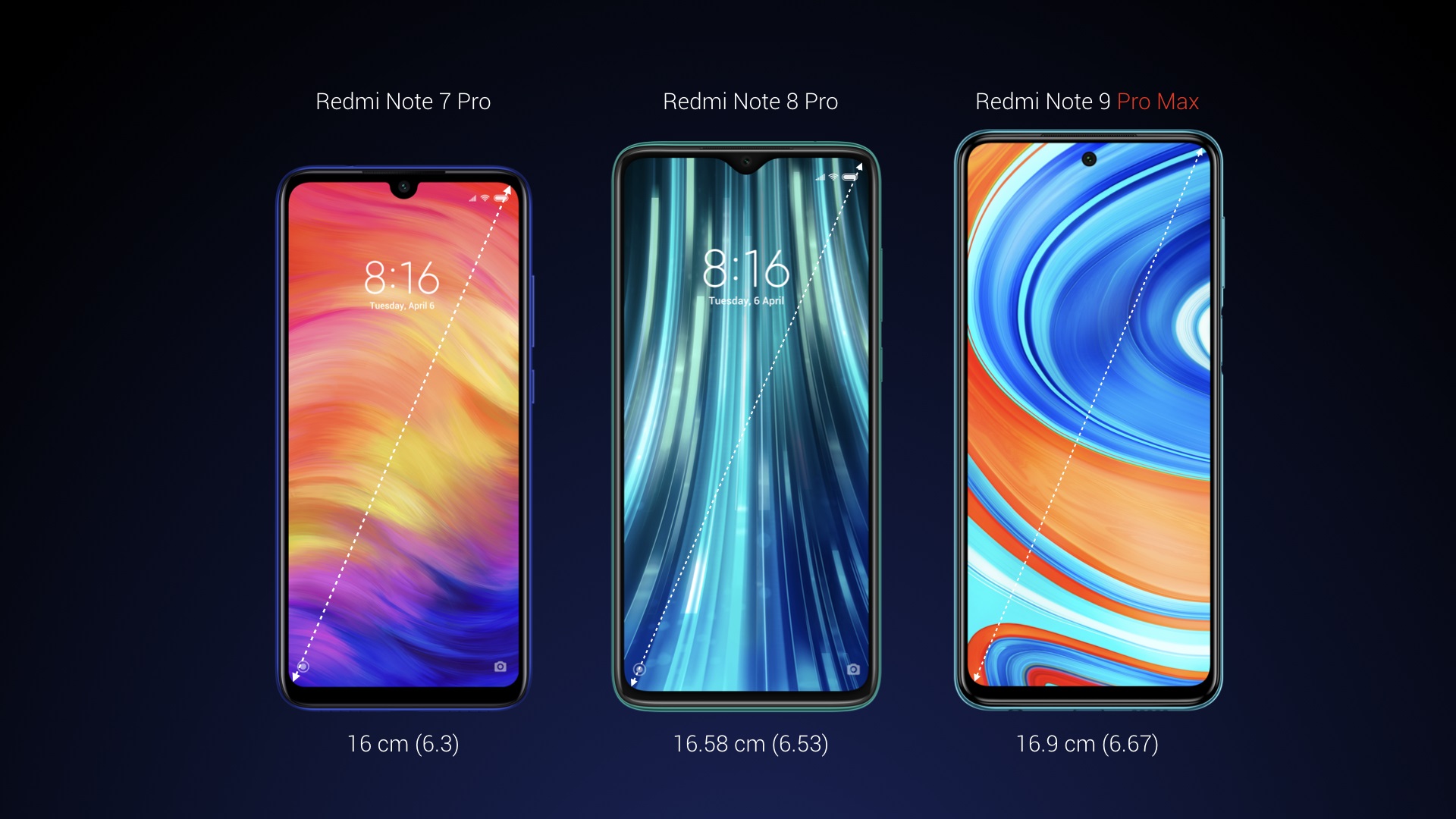 However, we have to praise the manufacturer for the innovative design, which is in line with today's trend. On the luxurious look, which is close to the flagships, adds a front camera located in the shot.

The back with an innovative square camera module also acts symmetrically. Many fans don't like it, but we were approached by a thin gray line that orbits the two upper lenses. The black matt base layer, which extends below the LED flash with the description of the main sensor parameter, optically extends the entire module. It adds to the attractiveness and overall revives the back panel of the smartphone. 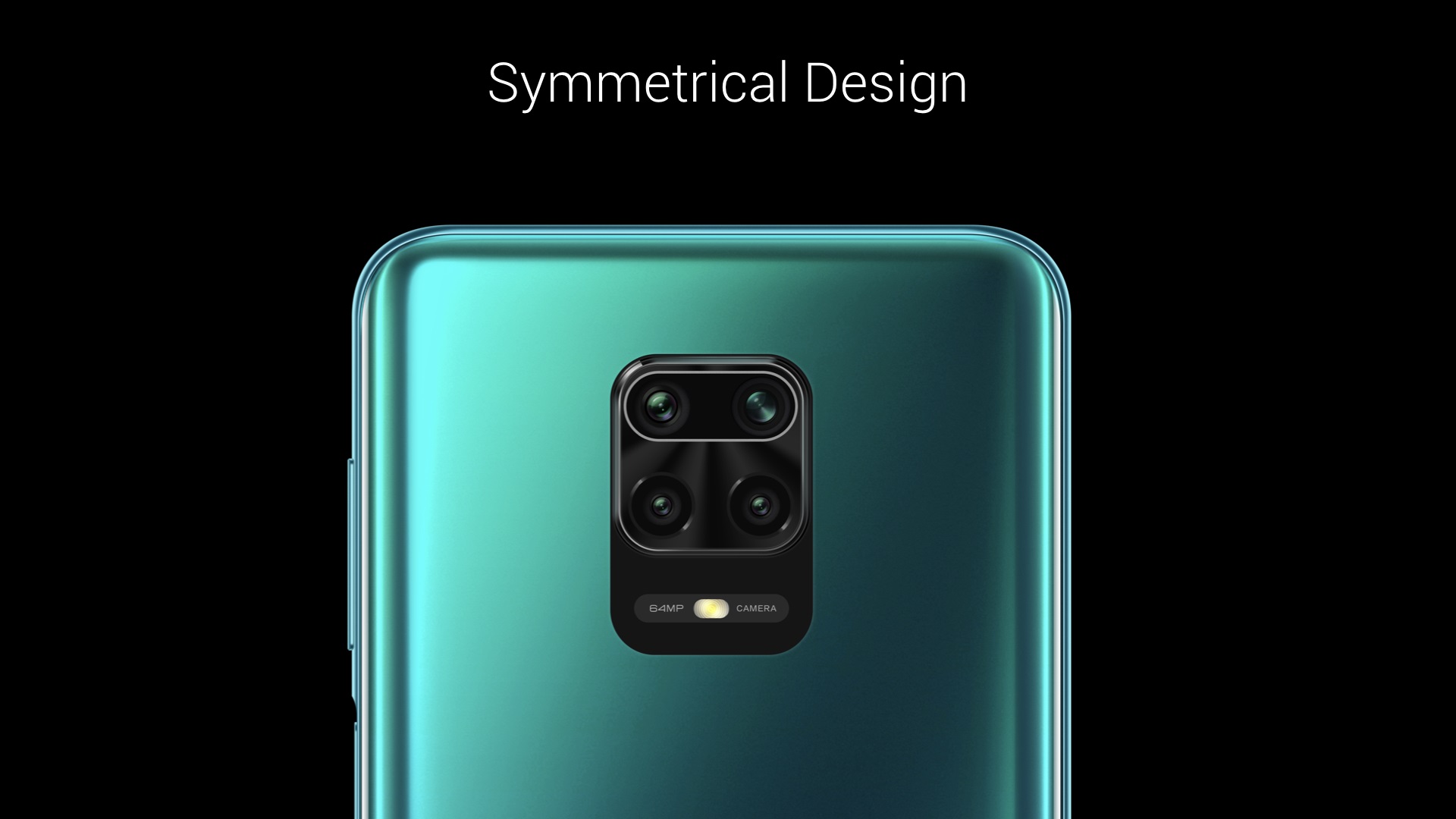 Redmi Note 9 Pro and its Max version is proof that the Redmi brand wants to be trendy and raises the middle class design to a higher level. We like these innovations, and although the upcoming smartphones have grown a little, we would definitely prefer them over Note 8 Pro in terms of design.

The display panel is also closely linked to the overall appearance of the smartphone. From the point of view of technical specifications, the displays are almost the same, if we do not take into account the lower level of brightness achieved in Note 9. 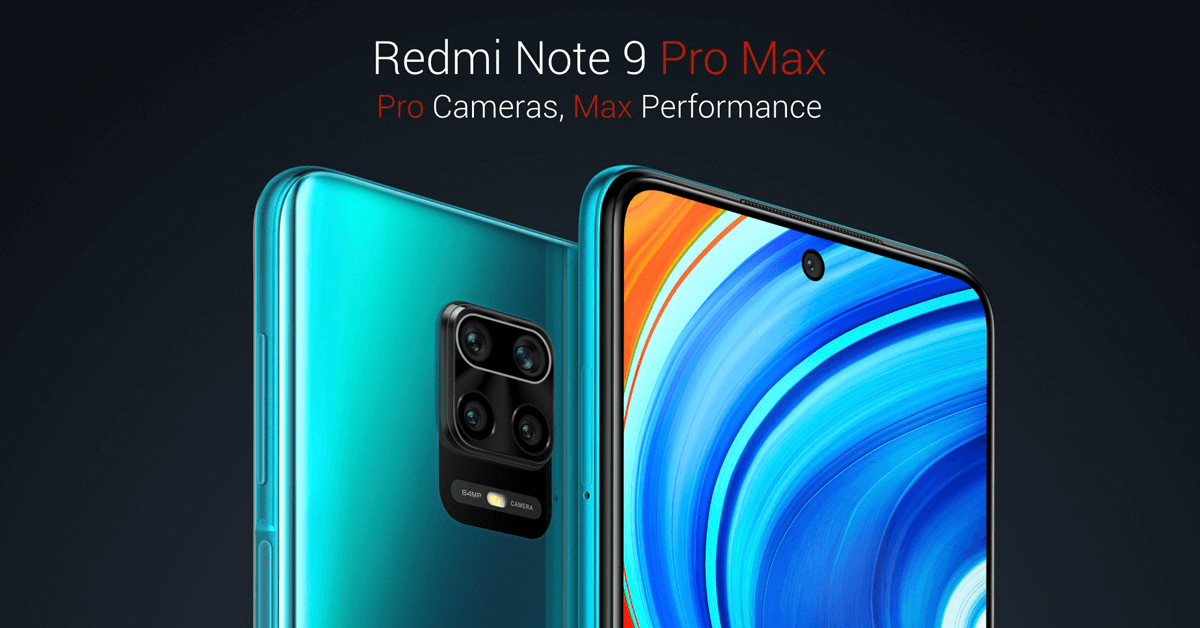 When we have to use a larger phone, we are already accepting a positive increase in the size of the display. The diagonal grew by only 0,14 inches, which is about 0,35 cm, but it also pleased a little. Perhaps the most significant difference between Note 9 Pro and Note 8 Pro is the location of the front camera.

Due to the size of the display, we also give an innovative perforation for the front camera, plus the Redmi Note 9 Pro series.

In the scoring performance measurement for both versions of the Redmi Note, the differences are only minimal. It is interesting that the eight wins in the total measured performance and in the application of AnTuT it achieves a score of almost 6 points more. 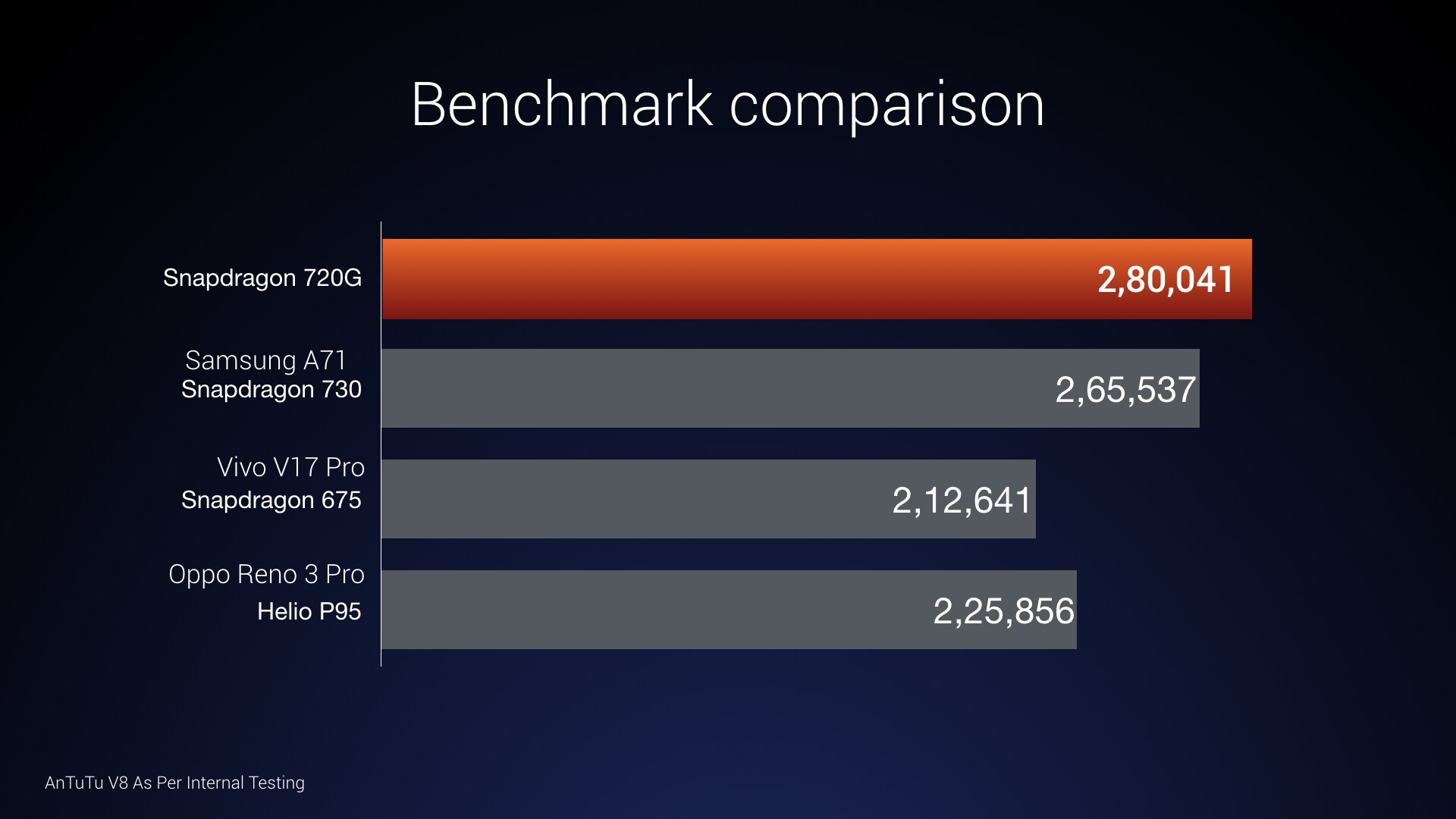 In contrast, when measuring processor performance in GeekBench, the figure eight lags slightly behind. Here, the Snapdragon 720G clearly beats the Medio Helio G90T processor. The damned by some and praised by others, but in any case the controversial Mediatek did not achieve the performance of the used processor from the Qualcomm workshop.

We attribute the overall, but not large, difference in performance in the AnTuT application to better system optimization. All smartphones compared have the same LPDDR4X RAM module and the same type of UFS 2.1 storage. Gradual updates of new smartphones can increase the score, but only real use and practice will show reliable results.

We will also mention the improved fluid-based cooling of the Redmi Note 8 Pro. The new nines do not have such an improvement, and with a longer load, this can mean a loss of performance.

In terms of performance, the models are compared at the same level, and whichever you choose, it will certainly not disappoint you with its performance in this price category. On the contrary.

The evaluation of cameras in the new Redmi Note 9 Pro and Pro Max is premature, so we rely only on technical specifications. Mode Note 9 Pro lags behind the other two smartphones in the number of pixels. However, both nine smartphones have a better macro camera configuration than the eight, which has a higher resolution in their case.

You can see how real Redmi Note 8 Pro takes photos in our review. Much better results can be achieved with the pre-installed application Google Camera. It will be possible to install it in the new Redmi Note in the future, but we will test their real photographic abilities only when we manage to get new smartphones.

If we rely solely on specifications, the clear winner of this category is Redmi Note 9 Pro Max. It has the best rear camera configuration of the smartphones being compared, as well as the front camera with the highest resolution.

The older Note 8 Pro lags far behind in this category. Behind both nines it is in the capacity of the battery and behind the Max model also in fast charging. The exact data on batteries and charging are in the table. Here the winner is the Max model, which you charge the fastest thanks to 33 W charging.

The other equipment is almost the same for all three smartphones. They can conjure almost the same functions from the hardware available on the phones. It freezes a bit that the new series of Redmi Note smartphones was not equipped with an NFC module. We are counting on the release of an additional version of at least one of these smartphones that NFC could have.

As a plus, we rate the newer Note's support for a more stable 2 × 2 WiFi MIMO and a separate slot for a microSD card. This allows the external memory to be used with two SIM cards at the same time. Both Note 9 Pro have also received support from Indian NavIC location services, which means nothing to us Europeans.

Newer of the compared devices are not yet available for customers and therefore we can only compare the prices given by the manufacturer at the presentation. The devices being compared were presented at the following prices:

As you can see for yourself, the introductory prices are almost balanced and we will just remind you that they apply to the Chinese and Indian markets. Note 8 Pro has an advantage in this category, which has been on the market for a few months now, and thanks to to our discounts will be more affordable.

The new Redmi Note 9 Pro smartphones may have come a little early, but in any case, they have brought a pleasant revival to this series with a few innovations. However, they are not yet available and their date of entry into the global market is still in the stars. If you need to buy a smartphone as soon as possible, you can't rely on these devices. 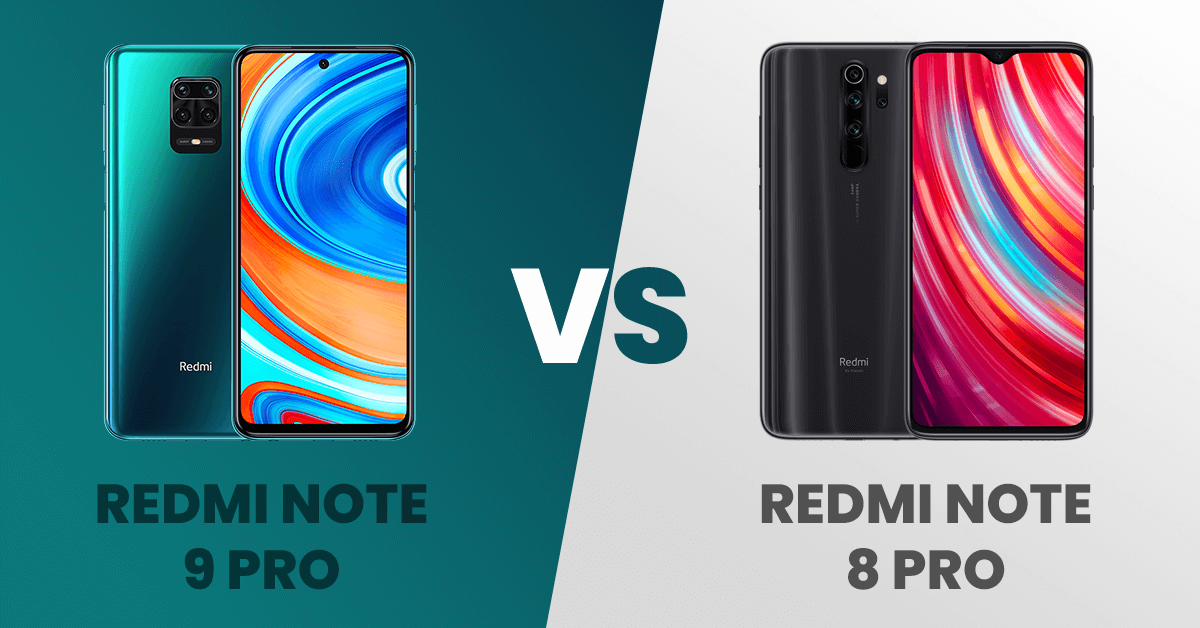 If you plan to buy a new Redmi mid-range smartphone in the near future, it will definitely pay off and we would not invest in an older generation smartphone. However, Note 8 Pro may attract you with its immediate availability, NFC module and lower price.

If you already own a Redmi Note 8 Pro, you don't have to rush into an exchange. There are only a few differences and no major change compared to Note 8 Pro awaits you with the new smartphones. Up to the tenth Redmi Note series can bring a more significant rebound, and if the manufacturer maintains the current trend, it will be already in the autumn of 2020.

Xiaomi announced another smartphone. Redmi Note 9S will be officially introduced this month