Redmi Note 7 For officially introduced! It has a more powerful processor, an even better camera and a great price Xiaomi Planet

Xiaomi officially unveiled the long-awaited Redmi Note 7 Pro. This happened at a conference in India, where the smartphone will be available immediately after the presentation. The smartphone brings the improvements we expected.

In terms of design, nothing has changed compared to his brother, Redmi Note 7. It's still a handsome smartphone with a glass back and a cutout in a raindrop-style display. The real changes took place under the hood. 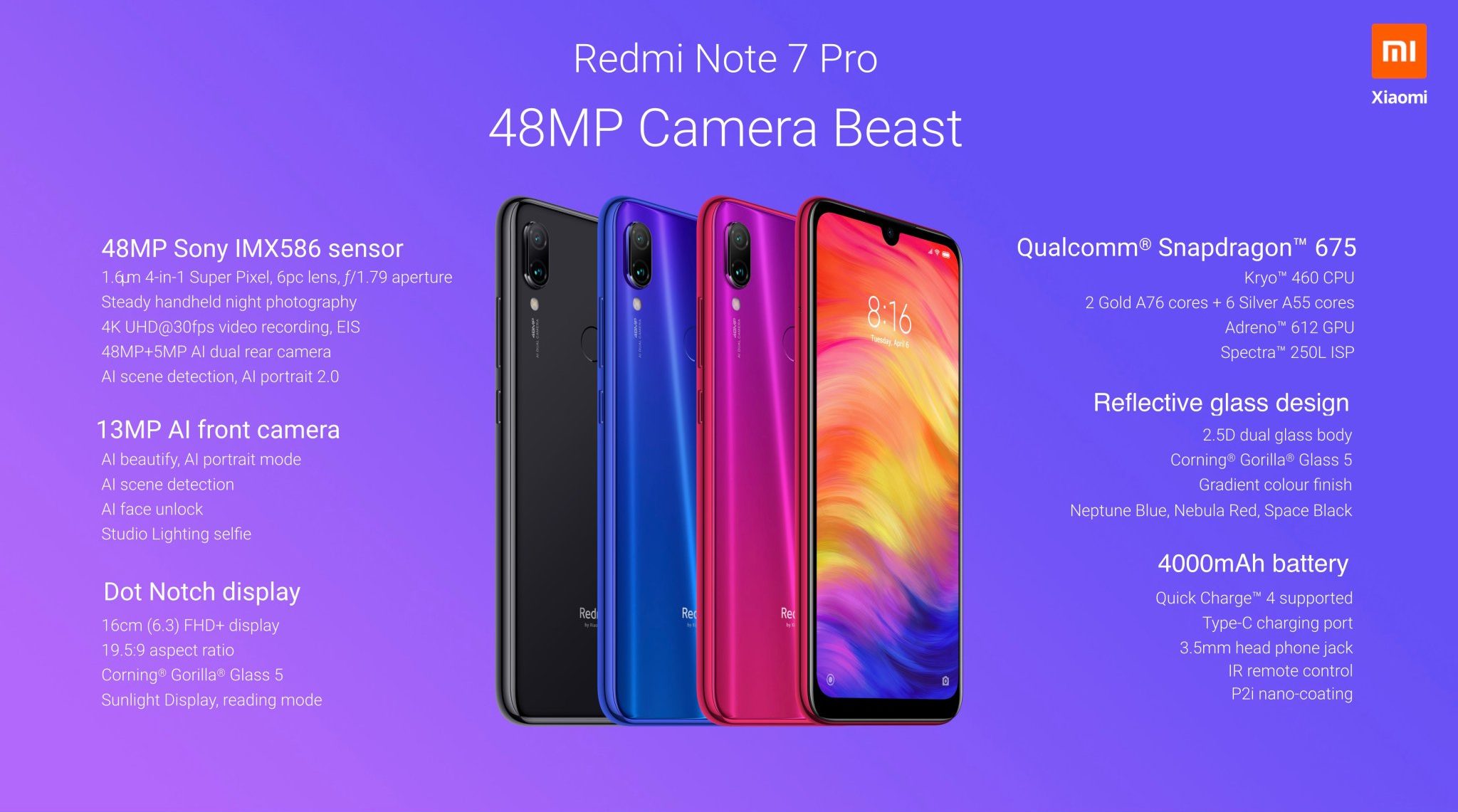 Initial speculation has now been confirmed. Redmi Note 7 Pro comes with a more powerful one Qualcomm Snapdragon 675 processor. It contains 8 Kryo 460 cores with a maximum clock speed of 2,0 GHz. The chip is in charge of the graphic tasks Adreno 612. 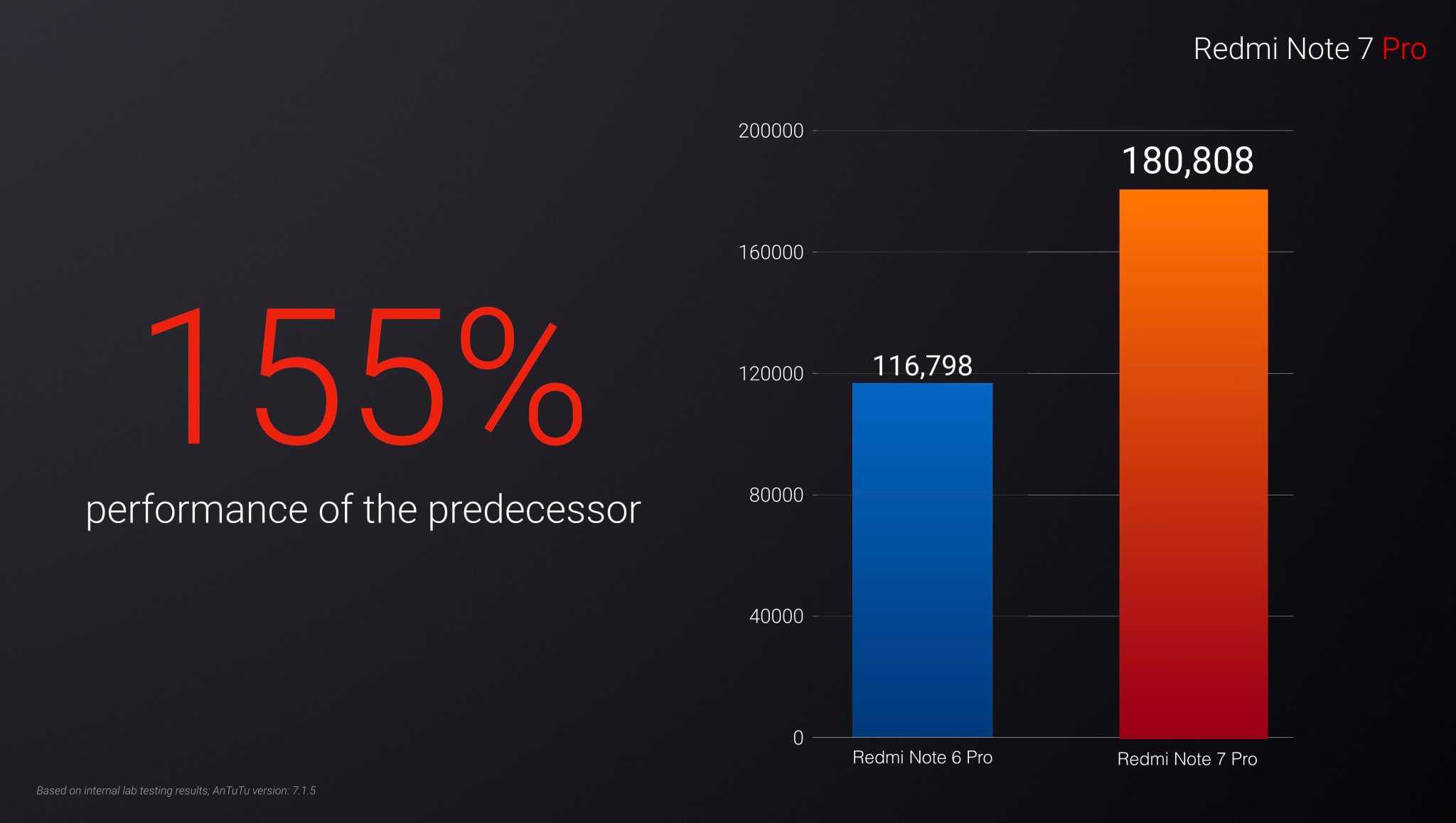 Performance has increased compared to its predecessor, the Redmi Note 6 Pro by a massive 155%. The novelty in the well-known AnTuT Benchmark scored a respectable 180 points. The highest version of Note 808 Pro comes with up to 6 GB RAM memory a 128 internal storage.

While the classic model, the Redmi Note 7, uses a 12 MPx sensor to create 48 MPx images, its upgraded version has been right 48 MPx sensor. Ide o Sony IMX 586 lens, with which the flagship Xiaomi Mi 9 came a few days ago. Xiaomi brought it that way the highest quality photos also to an affordable smartphone. 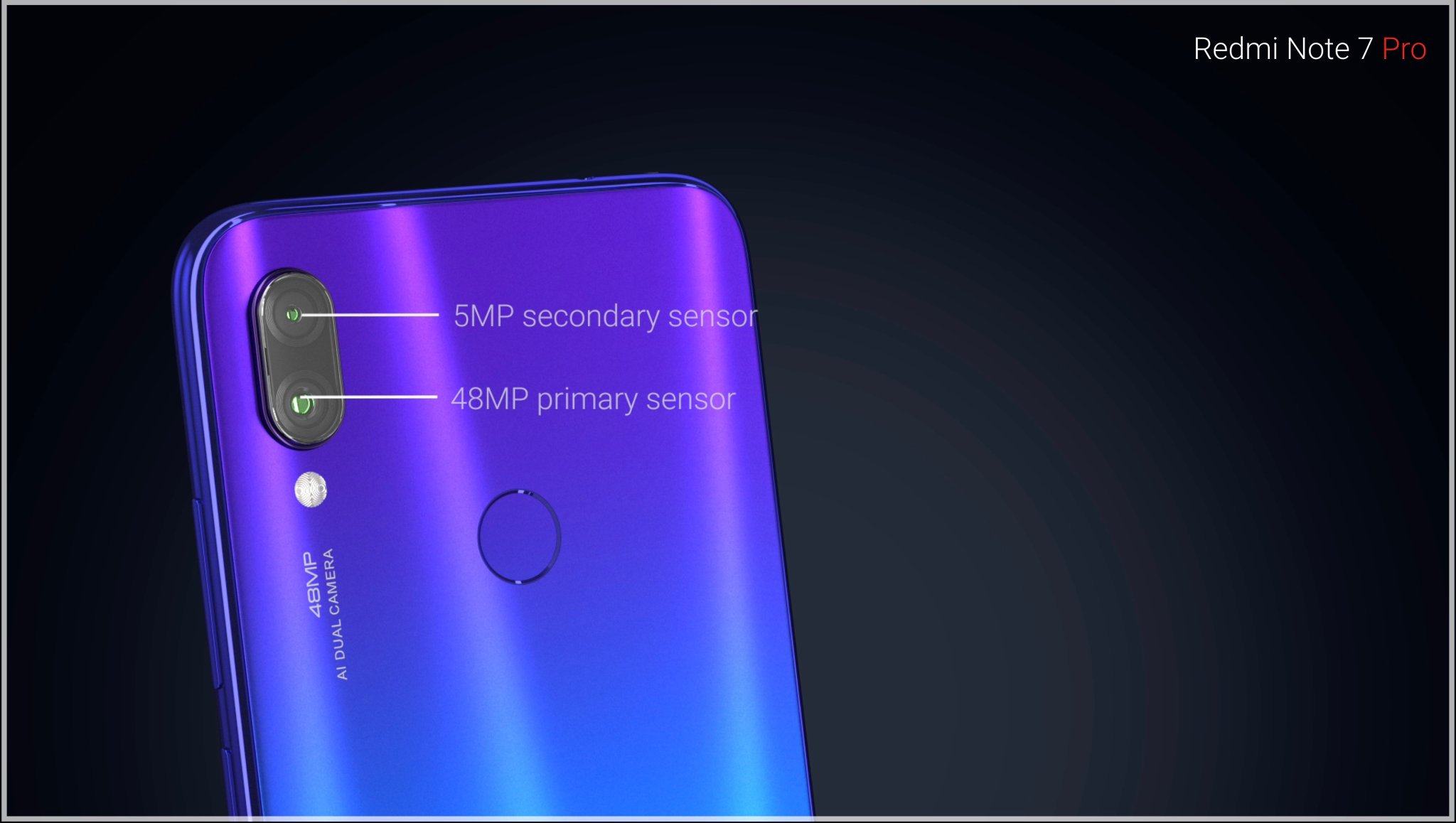 It is a dual camera, while the secondary sensor has a resolution of 5 MPx. As for the primary sensor, it has size 1/2 ″ and is even larger than the sensor in the OnePlus 6T or iPhone XS Max. This means that it transmits more light. 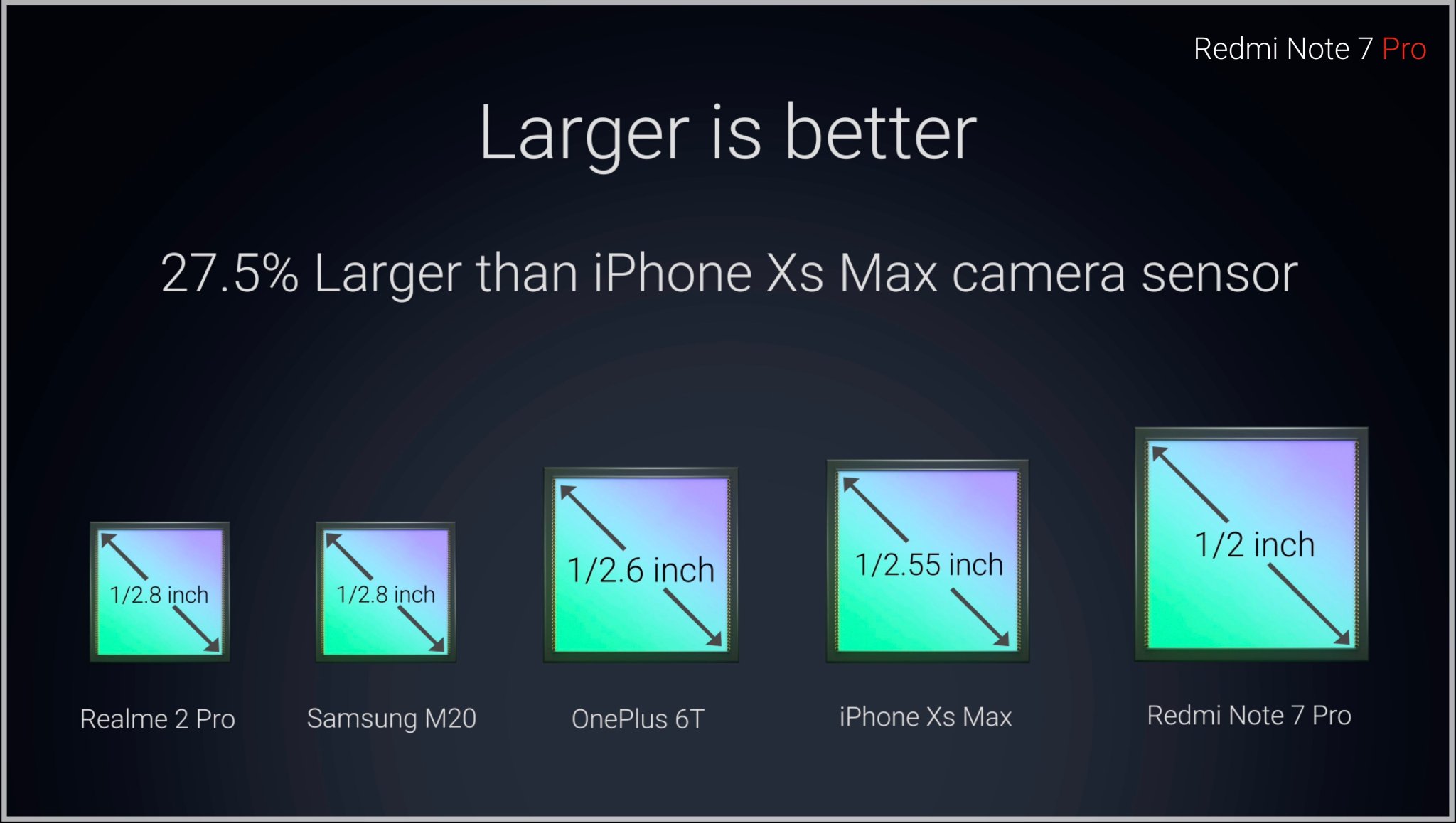 He can also be big aperture f / 1.79 and technology 1,6 4m 1-in-XNUMX Super Pixel. Thanks to this technology, it can create amazing photos even in low light conditions. Both the more powerful processor and the camera also allow video recording in 4K resolution at 30 fps. The recording stabilizes electronic image stabilization. 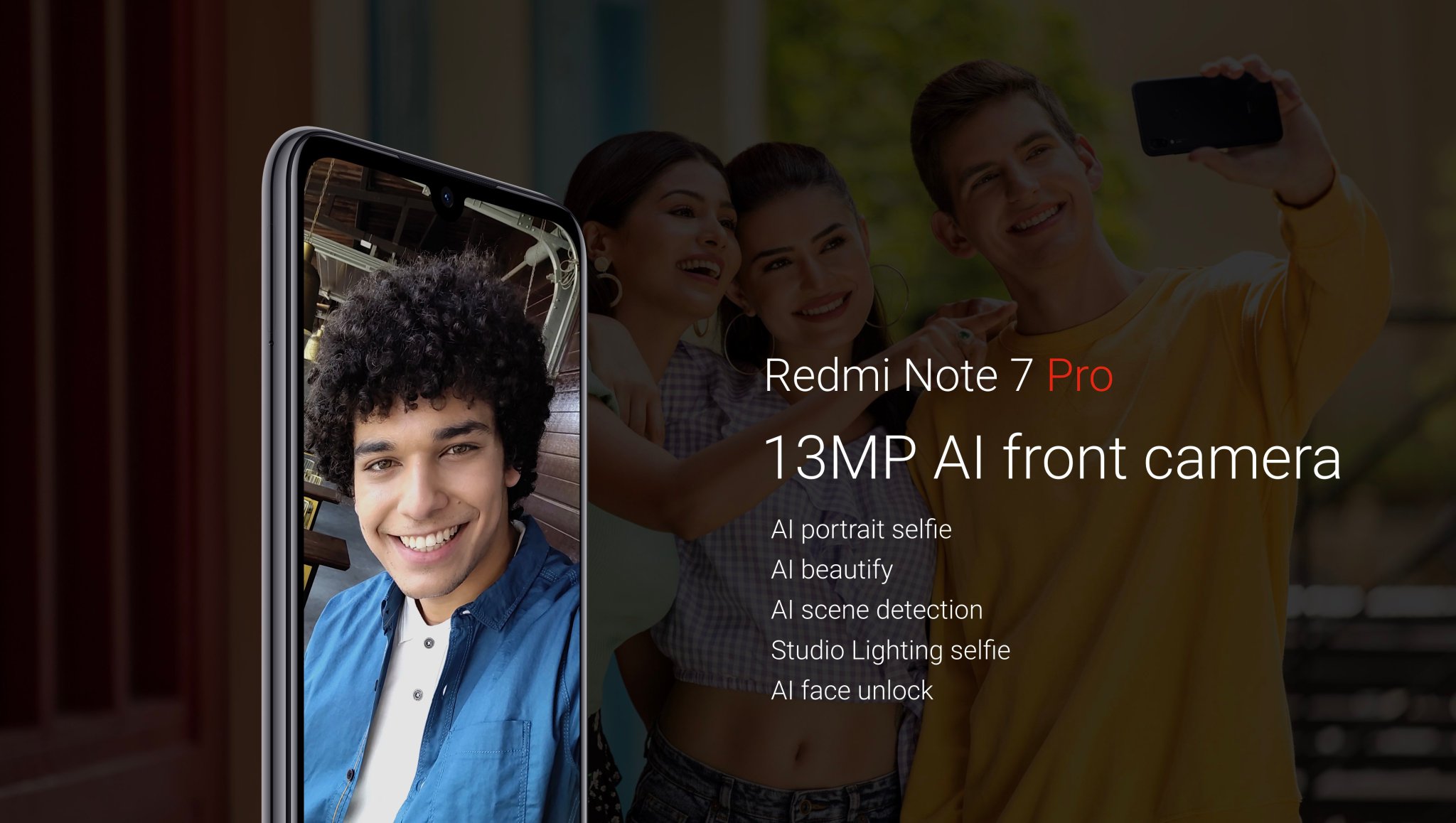 One of the best features of Redmi smartphones is their long life. This is also retained by the Redmi Note 7 Pro, which was included in the equipment 4000 mAh battery. This one can even be charged express quickly via USB Type-C connector thanks to technology Quick Charge 4 (18 W).

However, to use fast charging, you will need to purchase an appropriate adapter, as the one in the package has a power of 10 W. The equipment closes 6,39 ″ display with FullHD + resolution Gorilla Glass 5 protective glass or system MIUI 10.

They did not disappoint the prices

Redmi Note 7 For its pilgrimage will start in the Indian market. It will be available in two memory versions. The version with 4 GB RAM and 64 GB memory was valued at INR 13 in India, which is approximately 175 € / 4400 CZK. 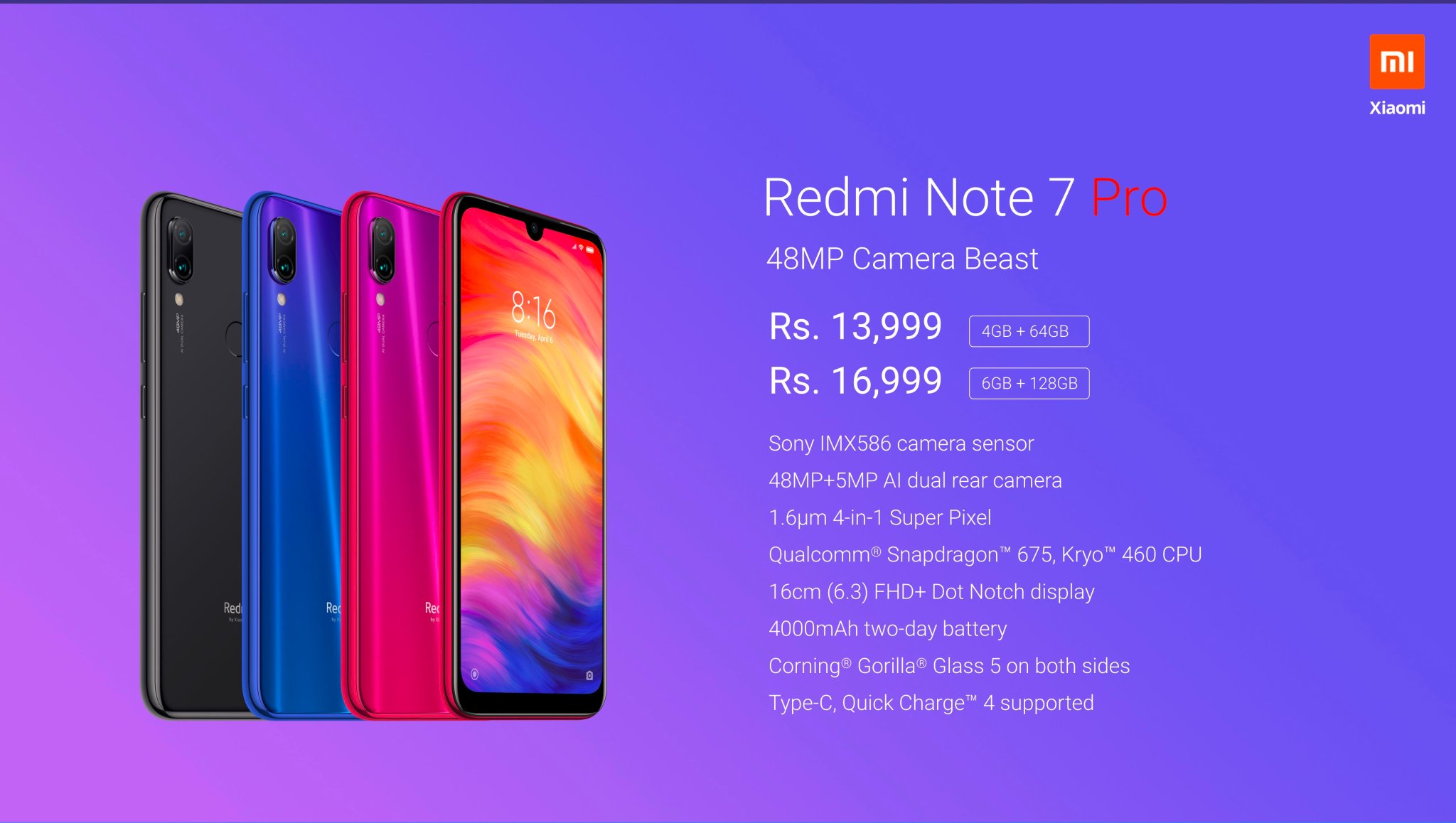