The first model from the Redmi Note 12 series is already ready for release. Passed the most important Chinese certification - Xiaomi Planet

The first model from the Redmi Note 12 series is already ready for release. Passed the most important Chinese certification

The end of the year in the form of the Xiaomi concern will be truly spectacular. We are here in less than a week Xiaomi 12T series a tablet Redmi Pad, will arrive at the end of the year Xiaomi 13 series and sometime this year we should also get to know the Redmi Note 12 smartphones. It was the Pro model that passed the 3C certification.

portal techgoing reported that one smartphone from the Redmi Note 12 series, namely the Pro Model, has been certified by of the Chinese unit 3C, which may mean an early showing of the entire series.

On the global market by the end of the year?

It is also rumored that the Redmi company even wants to introduce this series to the global market also by the end of the current year, so if it really wants to do it, it has to swing properly. 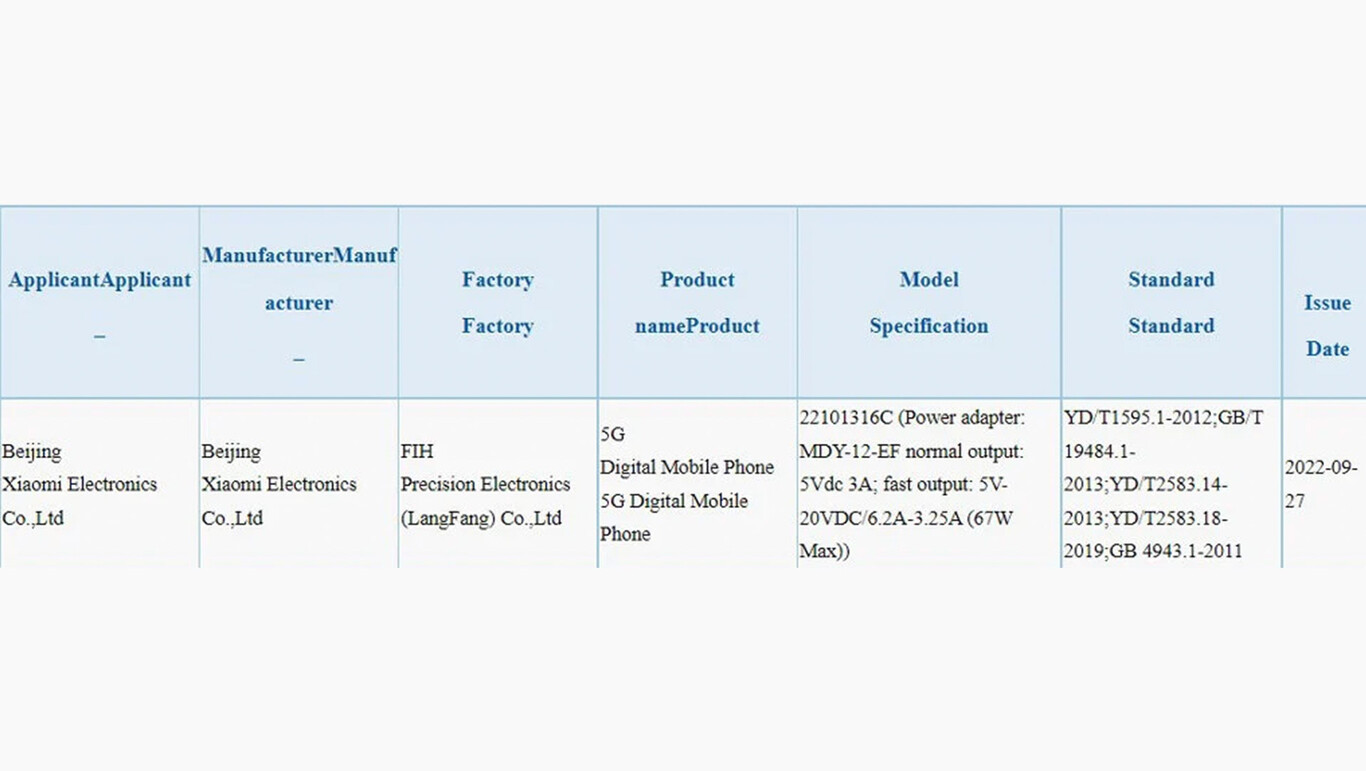 The 12C certification did not provide much information about the Redmi Note 3 Pro models. All we know is that this model will be fast 67-watt charging, i.e. the same as its predecessor.

Its code number is M16 and markings are also added to this M17 a M16UP, which belong to the same model series. The designation M16UP should belong to the most powerful model of the series, so in this case to the Redmi Note 12 Pro+.

The performance may be as early as next month

Earlier information said that Redmi wants to bring these pieces maybe already next month saying that he wants to do it before the Chinese shopping festival Double 11.

It is the biggest shopping festival organized 11. November and is also known as Singles Day. Smartphones could officially go on sale after this date. In other words, if this were really the case, then by the end of the year the company will be able to present smartphones on the global market.

Are you looking forward to the Redmi Note 12 series? Which model from the series would be suitable for you? Let us know in the comments below the article. Follow the XiaomiPlanet website, sign up for news and join the our group on Facebookwhere we form an active Xiaomi community.

The new Mibro T1 smart watch offers an AMOLED display, Bluetooth calls and a battery life of up to 45 days at a very low price

In the Czech warehouse with a new coupon: Xiaomi Mi Power Bank 3 with a massive capacity of 30 mAh and fast charging