With the upcoming introduction of new flagships from Redmi K50 family are slowly but surely getting interesting specs on the internet. The equipment of the equipment is still relatively unknown, but some details have seen the light of day thanks to active leaks.

According to the latest information, the entire K50 series will consist of four smartphones. We can look forward to the basic model, the model marked "Pro", a bit improved by "Pro +" and finally, for the biggest connoisseurs, there will also be a Redmi K50 Gaming Edition.

One of the hot news related to the K50 series is the variety of processors used. A total of 4 smartphones appear to be on the market, each of which will hide a different chipset under its hood. Let's do it gradually. 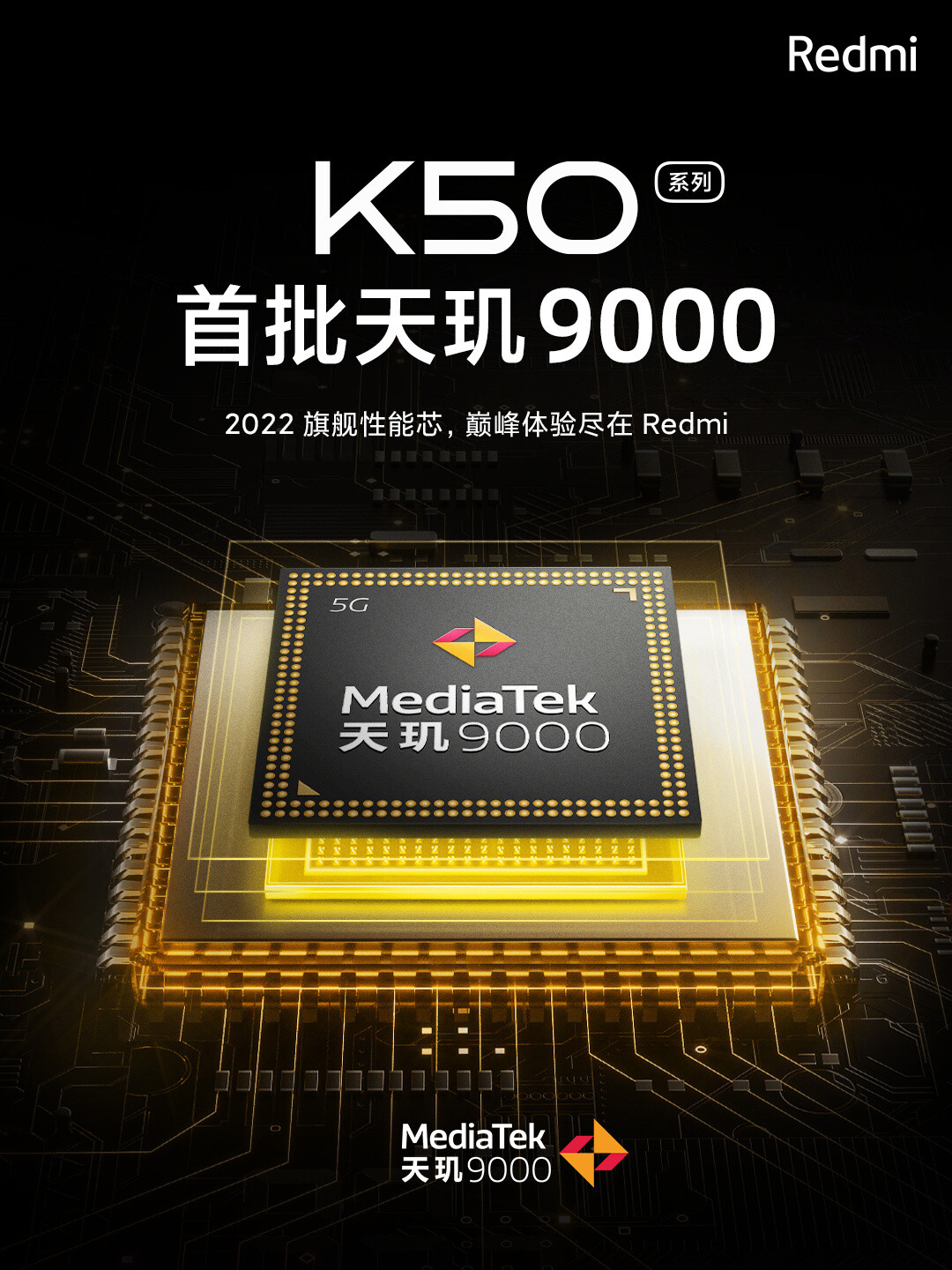 The renowned leakster Digital Chat Station only recently came up with the news that two smartphones will have a processor from the American Qualcomm workshop and the other two will be equipped with processors produced by MediaTek.

In the case of Qualcomm processors, this will be Snapdragon 870 and the most premium Snapdragon 8 Gen1. MediaTek will be represented by flagship chipsets Dimensity 8000 a Dimensity 9000.

Assuming that these leaks actually turn into reality, not a single smartphone from the new series will lag behind in terms of performance, quite the contrary. There will be more than enough power.

Unfortunately, we do not currently have more information revealing the equipment of the expected phones. However, some leakers mention the Gaming Edition model in their posts, specifically its features.

Another interesting feature is the new sophisticated Cyber ​​Engine vibration system. Product posters appearing on Redmi's official Weibo profile, revealing the most powerful vibration system in smartphones to date. So a great gaming experience will be even more powerful.

We will continue to monitor the whole situation closely and then publish all the news on our Xiaomi Planet technology portal. If you don't want to miss anything important, join our group on Facebook and subscribe to interesting articles directly to your inbox.

Xiaomi gloves from Aliexpress are of fantastic quality and cost only € 10. They arrived by courier in 15 days!

Great home gadget: Xiaomi heated blanket has temperature adjustment and a great price with a coupon