The Redmi K20 gets the latest generation NFC chip. The iPhone XS - Xiaomi Planet has the same

Redmi K20 gets the latest generation of NFC chip. The same has the iPhone XS

Today we rewrote another sheet of the calendar and Lu Weibing again added an interesting status to his profile of the Chinese social network Weibo. General manager of the Redmi brand today officially confirmedthat new smartphone The Redmi K20 will be equipped with an NFC module.

The latest generation of NFC chip

The latest generation chip will be used SN100 series. It is the same type of module as the iPhone XS, for example. The action speed of this chip is up to 30% higher compared to older types of NFCs.

After logging in to your Xiaomi account, all NFC configurations from the older mobile will be imported into your new Redmi smartphone. Of course, if you had one before. 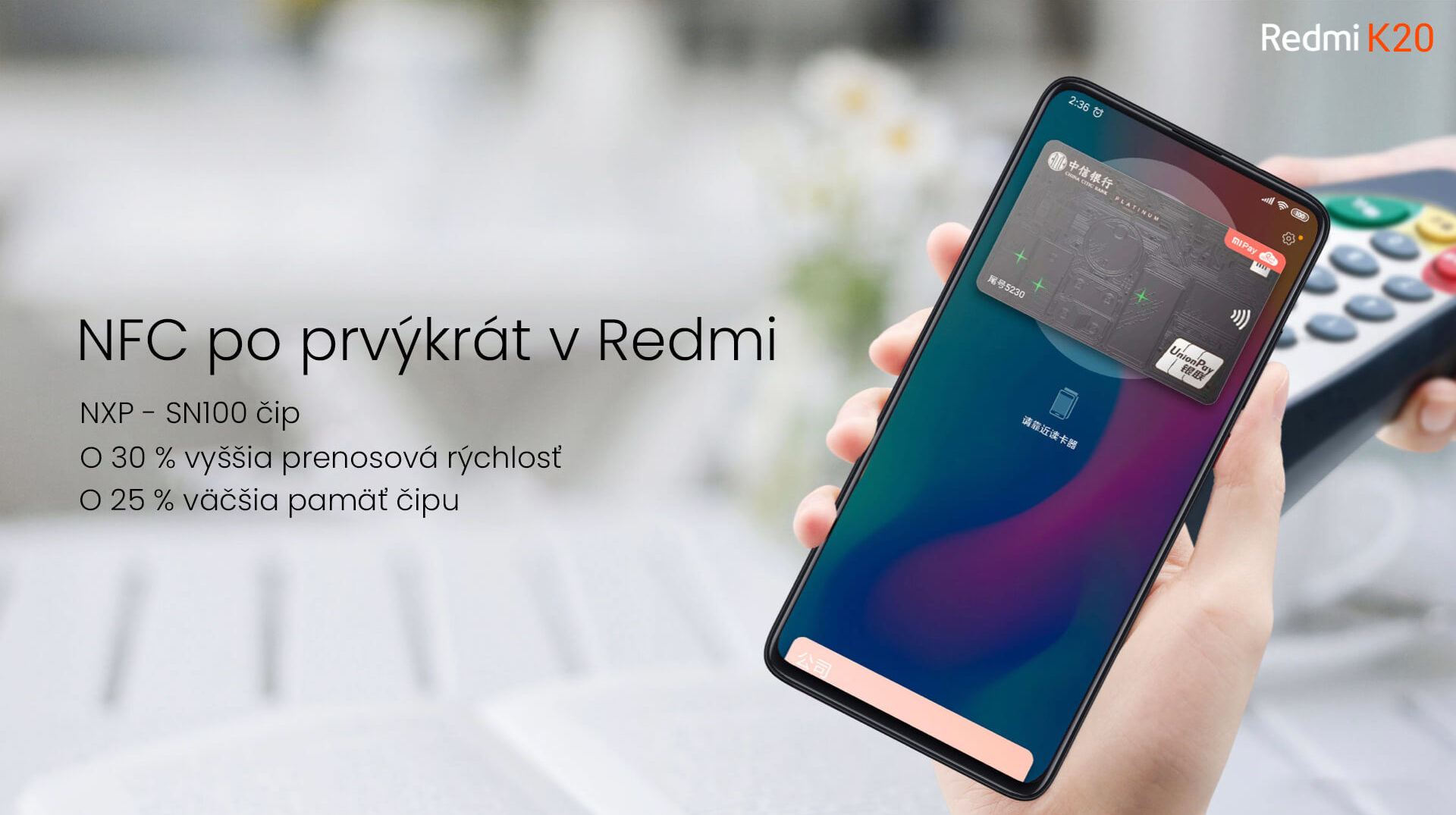 NFCs are most enjoyed in China

Xiaomi in China supports a number of features for built-in NFC modules. This allows home residents to configure more than 200 city bus cards on the phone. The NFC can also be configured to simulate various unencrypted cards, such as opening a door and the like.

Last but not least, the use of NFC does not lack support for third-party applications, such as various bonus cards, gas company cards and many others. It may be possible in the future to introduce a broad-spectrum use of the NFC module in the phone in our country as well.

May 28 / May 2019 two Redmi smartphones are expected to be introduced, as well as other products, such as the notebook series. One of the introduced phones should be the Redmi K20 powered by a chip Qualcomm Snapdragon 730. 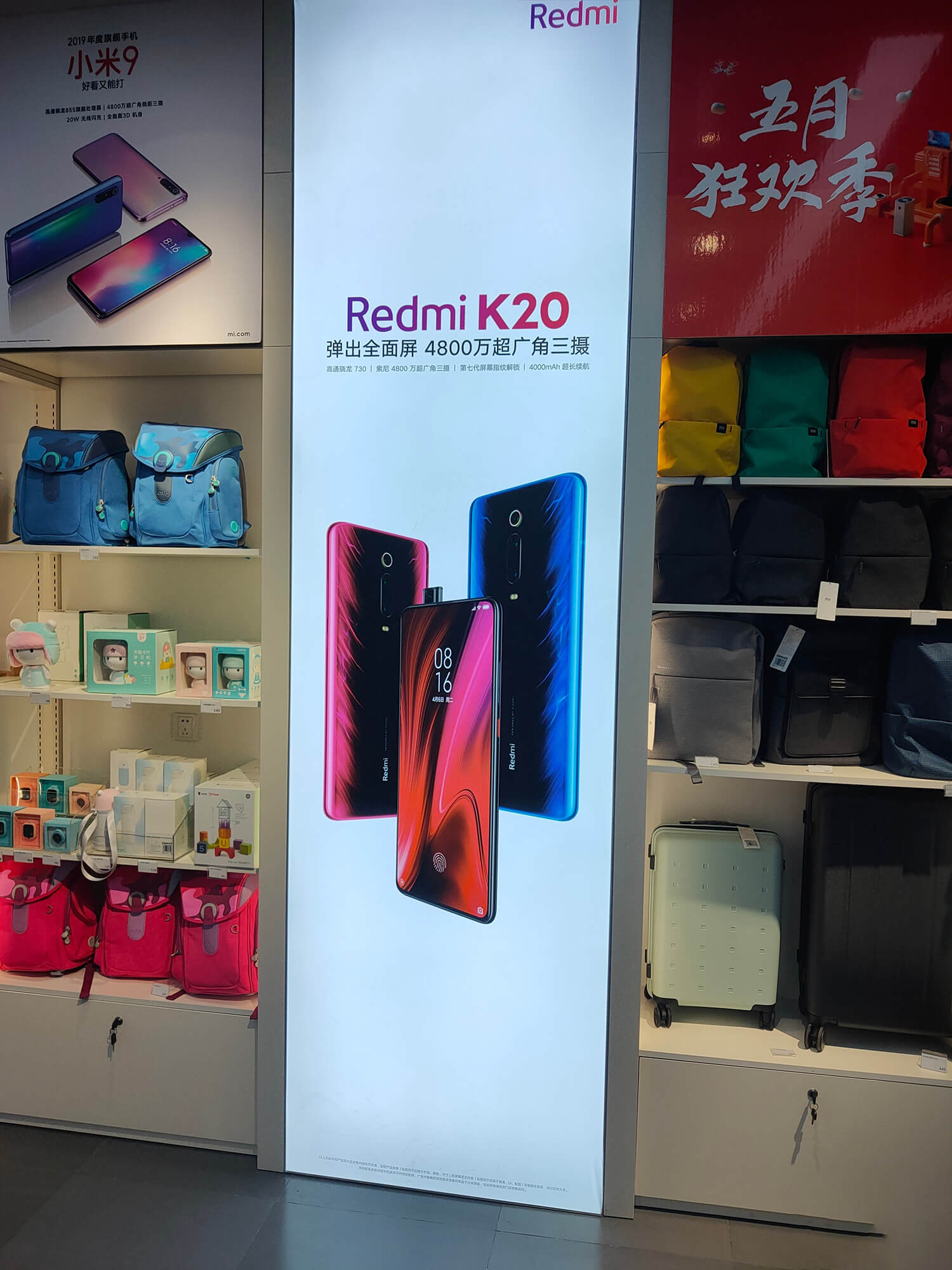 It is this model that shows the latest leaked photo of a poster that promotes a smartphone. The photo probably comes from one of Xiaomi's stone shops in China. The photo also talks about using a 48 MPx rear camera and a 4000 mAh battery.

The cheaper K20 model should also be equipped with these parameters. It is the K20 Pro that will be a real flagship equipped with a processor Qualcomm Snapdragon 855. 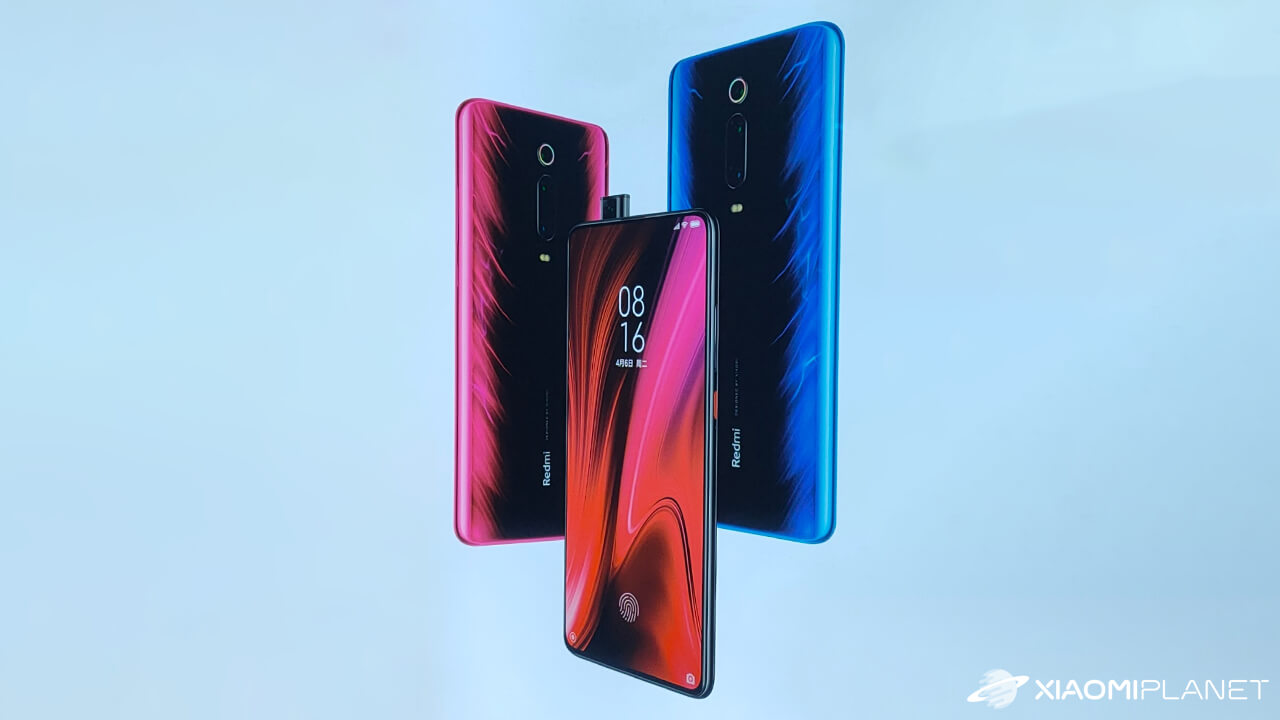 The leaked photo also perfectly shows the design of the smartphone not only from the front but also from the back. It confirms the retractable camera, the display with very narrow frames and the fingerprint sensor in the display.

Rich equipment of the right flagship

Both smartphones have to get 6,39-inch AMOLED display with resolution 2340 × 1080 px without cutouts and holes. The front camera will be on the slide-out module. To be introduced multiple memory versions smartphones up to maximum capacity with 8 GB RAM and 128 GB storage.

The battery will offer a decent 4000 mAh and is to come with 27 W fast charging support. The Redmi K20 series is equipped with a rear Sony wide angle camera with resolution 48 MPxwhich will complement others two cameras with a resolution of 13 MPx and 8 MPx. Among other things, the camera can capture  960 fps super slow motion video. 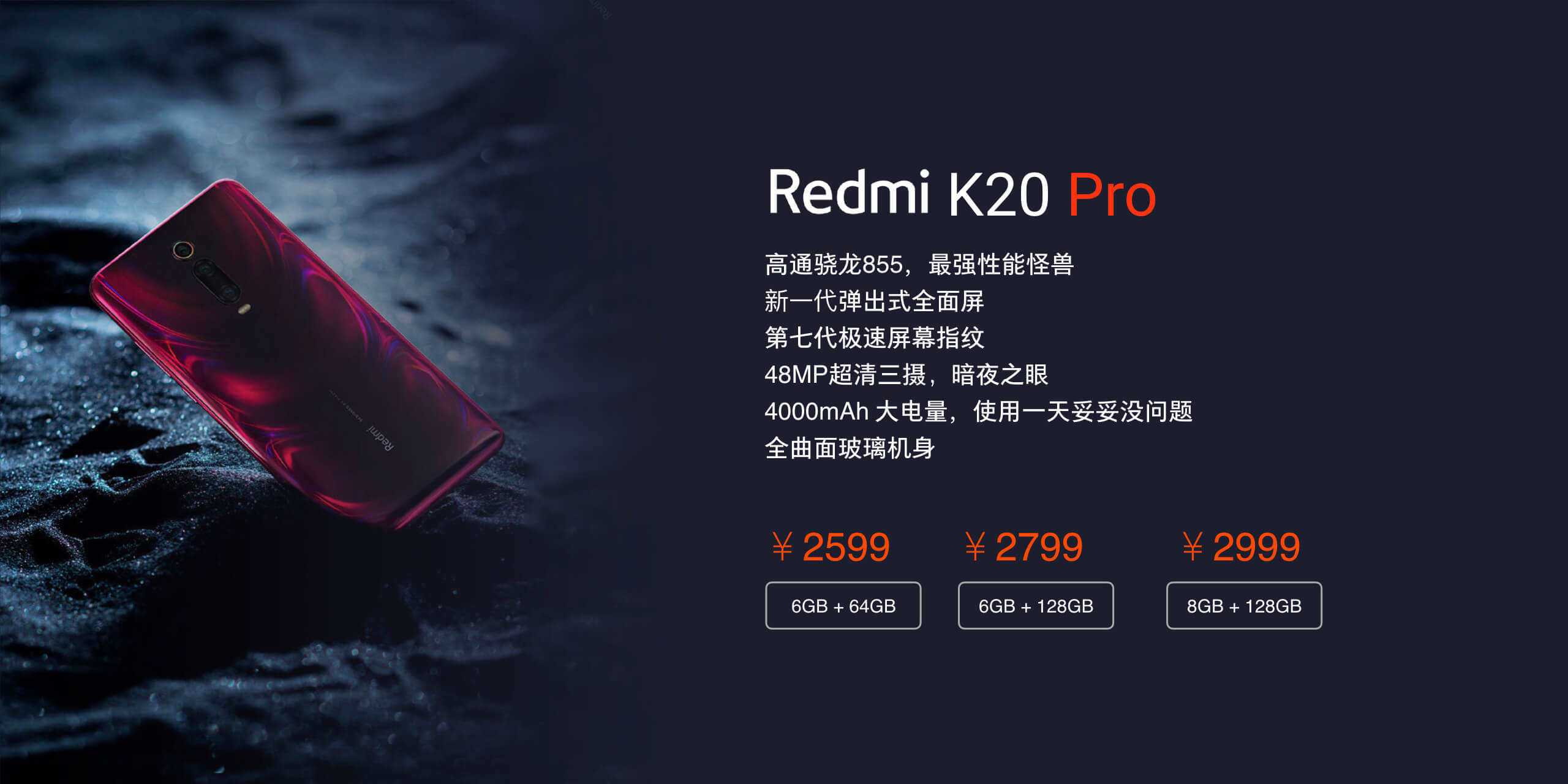 The Redmi K20 will not just be about performance. It also gets superb sound and a slowly dying 3,5 mm audio jack

Xiaomi Mi 8 is such a good smartphone that it has become an icon of this brand. Its price fell even lower