Redmi 8A vs Redmi 8 vs Redmi 7: Compare Cheapest Xiaomi Smartphones for 2019 | Xiaomi Planet

Redmi 8A vs Redmi 8 vs Redmi 7: Compare Cheapest Xiaomi Smartphones for 2019

Let's face it, a mobile phone / smartphone is a necessity these days. Manufacturers are overtaking in top equipment and we bring new news about new functions almost daily. However, there are users who perceive a mobile phone as a necessity and do not want or simply cannot buy devices for hundreds of euros.

Cheap smartphones are getting better

At Xiaomi and Redmi, they also think of such customers and are also involved in the development of cheap smartphones. Interestingly, these low-ends, as we call them, sometimes reach the flagship equipment of a few years ago.

Developers try to squeeze their parameters into the lowest price ranges while maintaining trouble-free functionality with the best possible equipment.

In the field of mobile technologies today, the adjective cheap does not mean bad or faulty. The opposite is true. Therefore, if you are looking for a cheap smartphone, read our comparison of recently introduced Redmi 8A a redmi 8. We also added the previous model to them redmi 7, for two reasons, which you will read about in our article.

Redmi 8A vs Redmi 8 vs Redmi 7: Specifications

As you can see in the table, we don't find many differences between the cheap Redmi models, but some of them can be fundamental. Let's look at them in more detail.

There is no need to be afraid of bad choice with this indicator. The differences in dimensions and weight are only minimal and therefore we can completely omit them when making a decision.

All three phones have the look and feel of a classic smartphone today. The body is made of plastic and the display with a cutout for the front camera covers almost the entire front side. Redmi 8A and Redmi 8 have the same IPS LCD panels and in Redmi 7 the diagonal is 1 mm longer. HD + resolution and 19: 9 aspect ratio are the same for all three.

The power and volume control buttons are on the right. At the bottom is the charging connector. Both 8th generation phones have a line in the middle with an LED, cameras and in the Redmi 8 also with a fingerprint reader. With the Redmi 7, the cameras are on the left from the rear.

In addition to the Gorilla Glass 5 display protection, all three phones being compared also have a certified P2i layer, which provides protection against liquid splashes.

We come to one of the main differences and also to the first reason why we decided to add Redmi 7 to the comparison. This model is powered by the Snapdragon 632 chipset together with the Adreno 506 graphics chip.

The processor is manufactured using 14 nm technology and contains a generation of Kryo 250 cores from Qualcomm with a clock speed of 1.8 GHz. 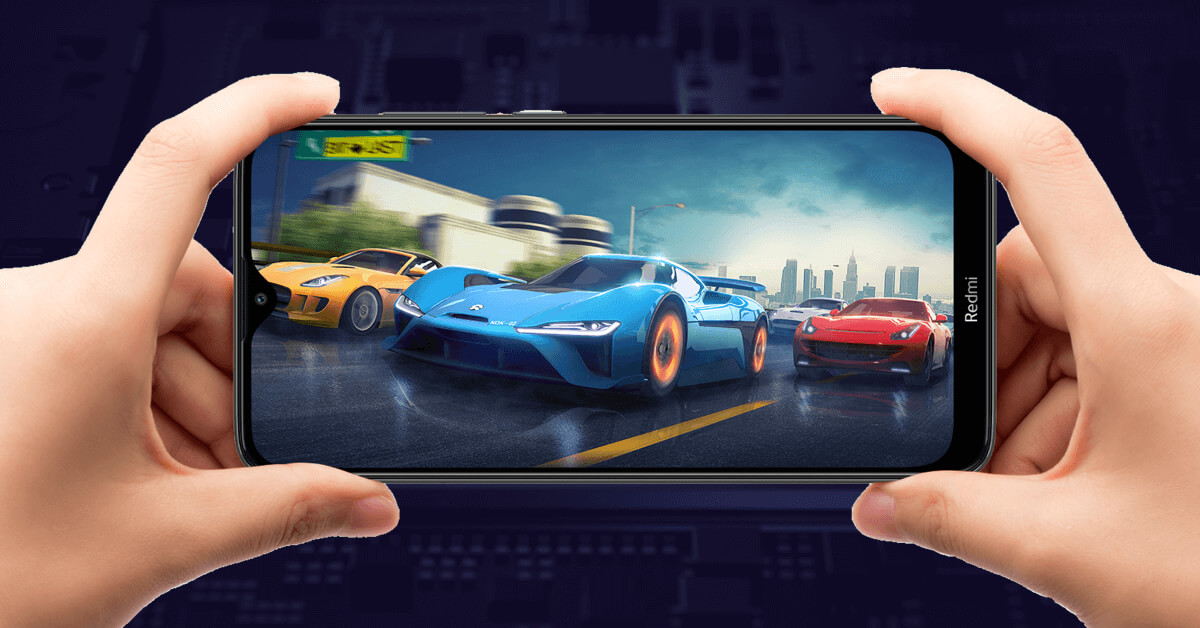 The newer model is traditionally expected to be improved, but this has not happened with the Redmi 8. Redmi used a more economical Snapdragon 439 in the novelty, which argues that users want better battery life. At the same time, however, the smartphone includes software enhancements Mi Turbo 2.0, which increases performance in the necessary situations. The smartphone should still be very nimble.

You can read the whole statement about why Redmi used this chipset in the main model Redmi 8 in our article.

There was no improvement on the Redmi 8A, which has the same Snapdragon 439 processor. This chip was already installed in the Redmi 7A, which was introduced in the spring of 2019. This was reflected in the results of AnTuT performance testing, in which both "eights" gained 40 000 points lower than the "seven".

We can take comfort in the fact that most users of low-end smartphones do not take performance into account, but getting more for almost the same price is not harmful. This will not affect the operation of the system itself, but less performance may result from using more demanding applications. The older Redmi 7 wins in this category.

When comparing cameras, we can enjoy newer smartphones. Although the Redmi 8A has only one camera in the back, it has acquired both new smartphones 12 MPx Sony IMX363 sensors. These have an aperture of f / 1.8 and a pixel size of 1.4µm. Compared to the Omnivision OV12A10 in Redmi 7, this is a significant improvement. 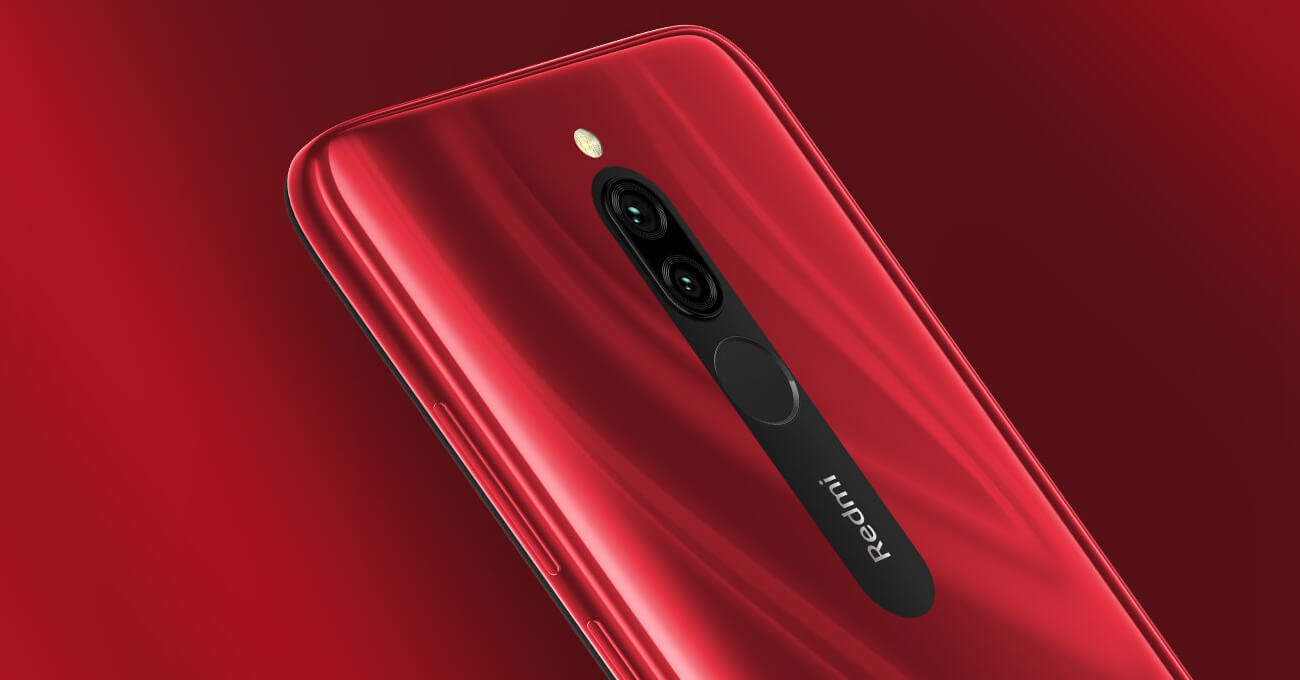 If we choose according to the cameras used, our favorite would be Redmi 8.

From the functions that we have not mentioned so far, we will write only about the different ones. For example The Redmi 8A does not have a fingerprint sensor as the other two models. But you don't have to think about the unlock gesture or PIN immediately. This cheap smartphone supports face unlocking and therefore we do not evaluate the missing sensor as a big minus. 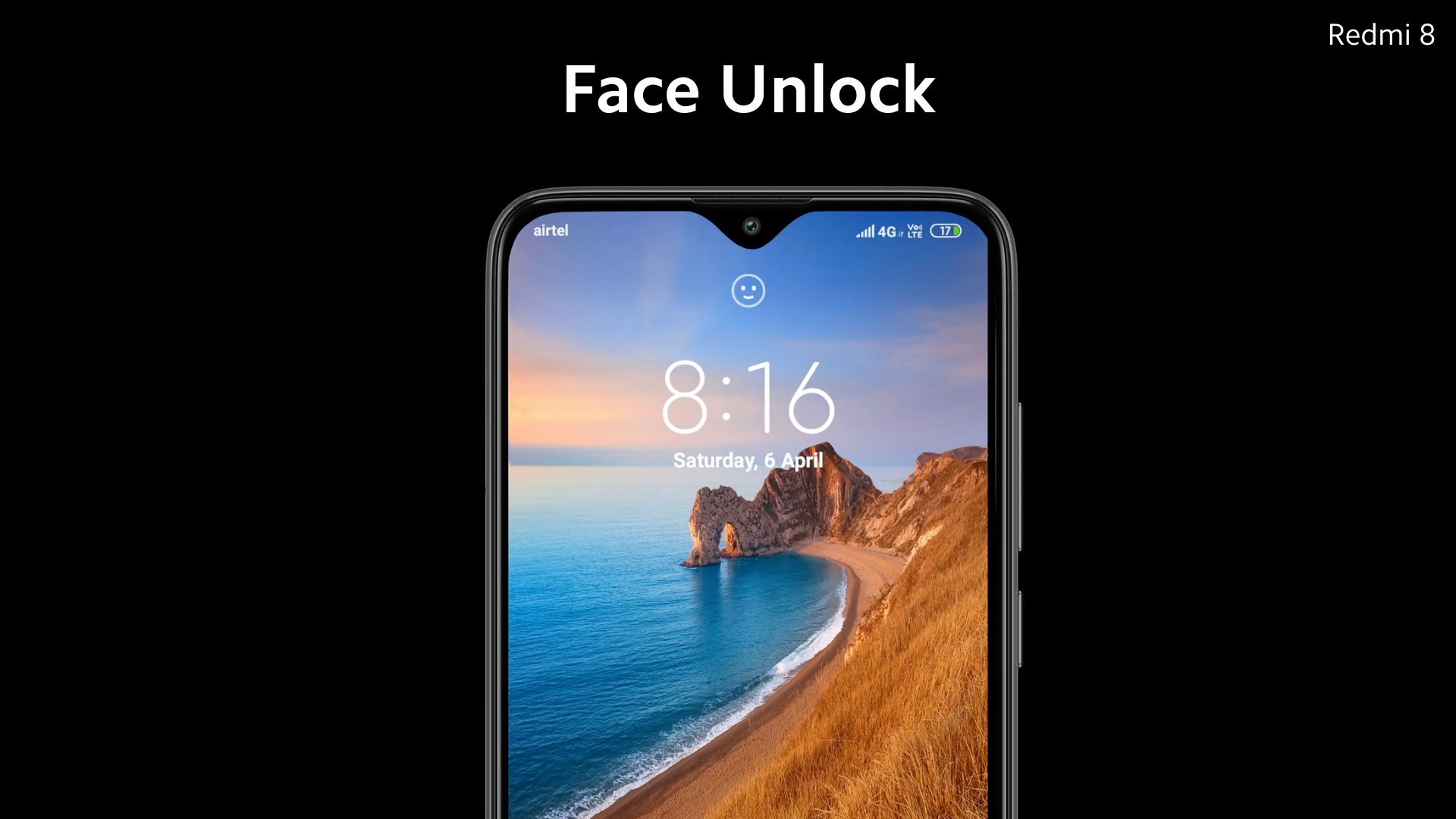 All three phones have FM radio playback support. The advantage of "eights" is the built-in antenna so you can listen to the radio without headphones connected. In Redmi 7 you will not pick up a radio signal without headphones, as they function as an antenna.

The older Redmi 7 lags significantly behind in this category. It has a whole 1000 mAh lower battery capacity, which is a significant difference. But that's not all. Redmi 8A and Redmi 8 support fast charging at 18 W, which is also a noticeable difference compared to the 10 watt charge in the Redmi 7.

We rate the significant increase in battery capacity and charging speed as a big plus. 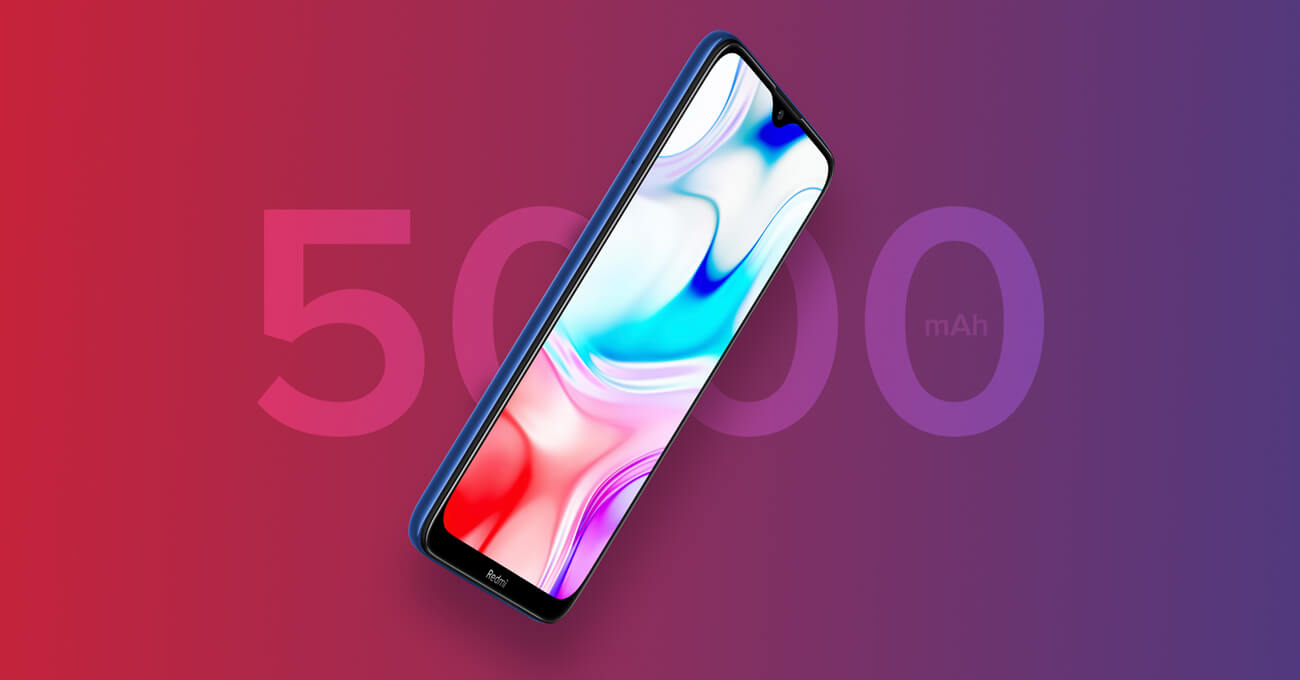 We compared prices from the presentation of smartphones

Here we find the second reason why we included Redmi 7 in comparison with Redmi 8A and Redmi 8. The "Seven" is immediately available. We will have to wait a while for Redmi smartphones with the number eight in the name.

For better orientation, we will write the prices of smartphones that were announced when they were launched on the market.

What to add at the end?

The category of low-end smartphones is very popular due to their affordability. We compared those from our favorite brand. Redmi 8 wins for us, even though its processor is a step back. The phone handles all common operations without any problems. 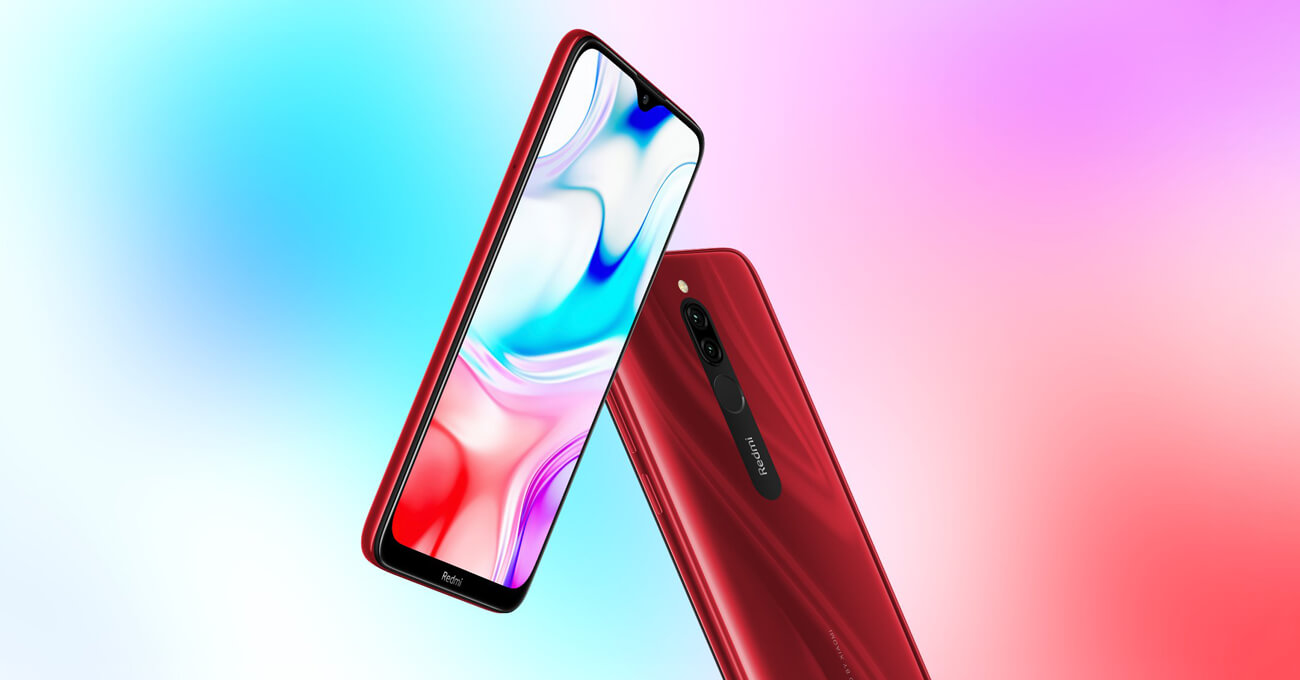 You can replace many different applications with a single internet browser or even their lite versions. A big plus for the Redmi 8 is the camera sensor used as well as the large capacity battery with fast charging.

The 8A model actually has all these functions, which lacks a fingerprint reader and a secondary 2 MPx camera, which, let's face it, doesn't make much water. Given the introductory prices, the price of the global versions can also be assumed, which should be lower than for the Redmi 7.

Have you ever had a cheap smartphone from Xiaomi or Redmi? Which model and how did it affect you? Share your experiences in the discussion.

As soon as we have coupons for Redmi 8 and Redmi 8A, we will also send you info by e-mail. 👇