The Chinese company Xiaomi has launched its fourth generation of the popular fitness bracelet under the name Mi Band 4. For the first generation My Band 1 and 1S from 2014 have become a very affordable and practical alternative.

The second generation brought a simple display that was subtly improved along with the design in the third generation. And what does the fourth version bring? You can read the answers in the just starting review.

We bought it here. 👇

The first positive impression occurs in the case of the new generation of bracelets already during packaging. The colorful and modern box builds on the updated packaging of the previous third generation. The package contains the bracelet itself (capsule), a silicone strap in black, a written manual and a specific cradle for charging. Nothing more and nothing less. 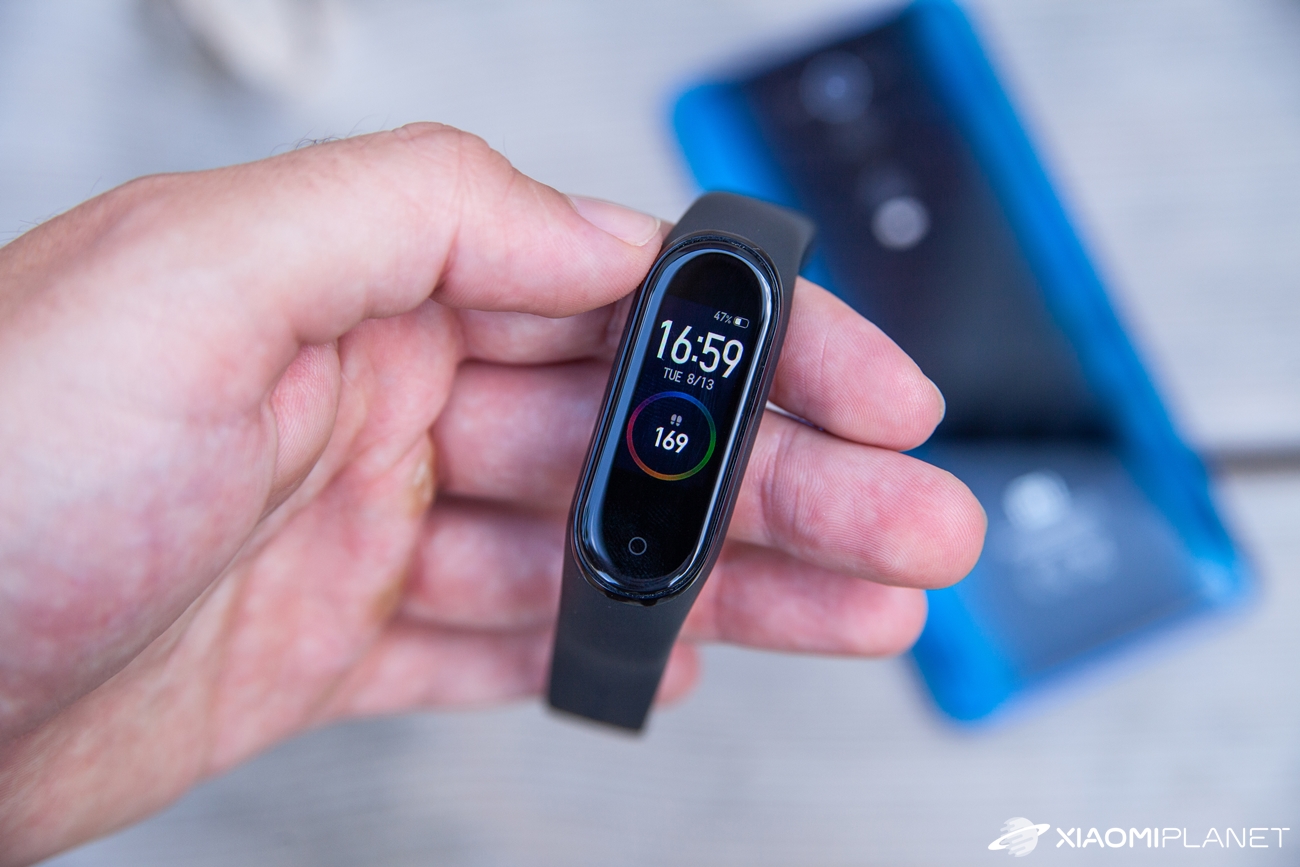 However, the processing of the bracelet is exemplary, nothing creaks, and although the body is plastic, it does not interfere. The border of the display is relatively clearly visible in stronger daylight, it is a bit of a thorn in the eye and Mi Band 4 so it makes a slightly cheaper impression. However, after a few days of use, you can get used to it. 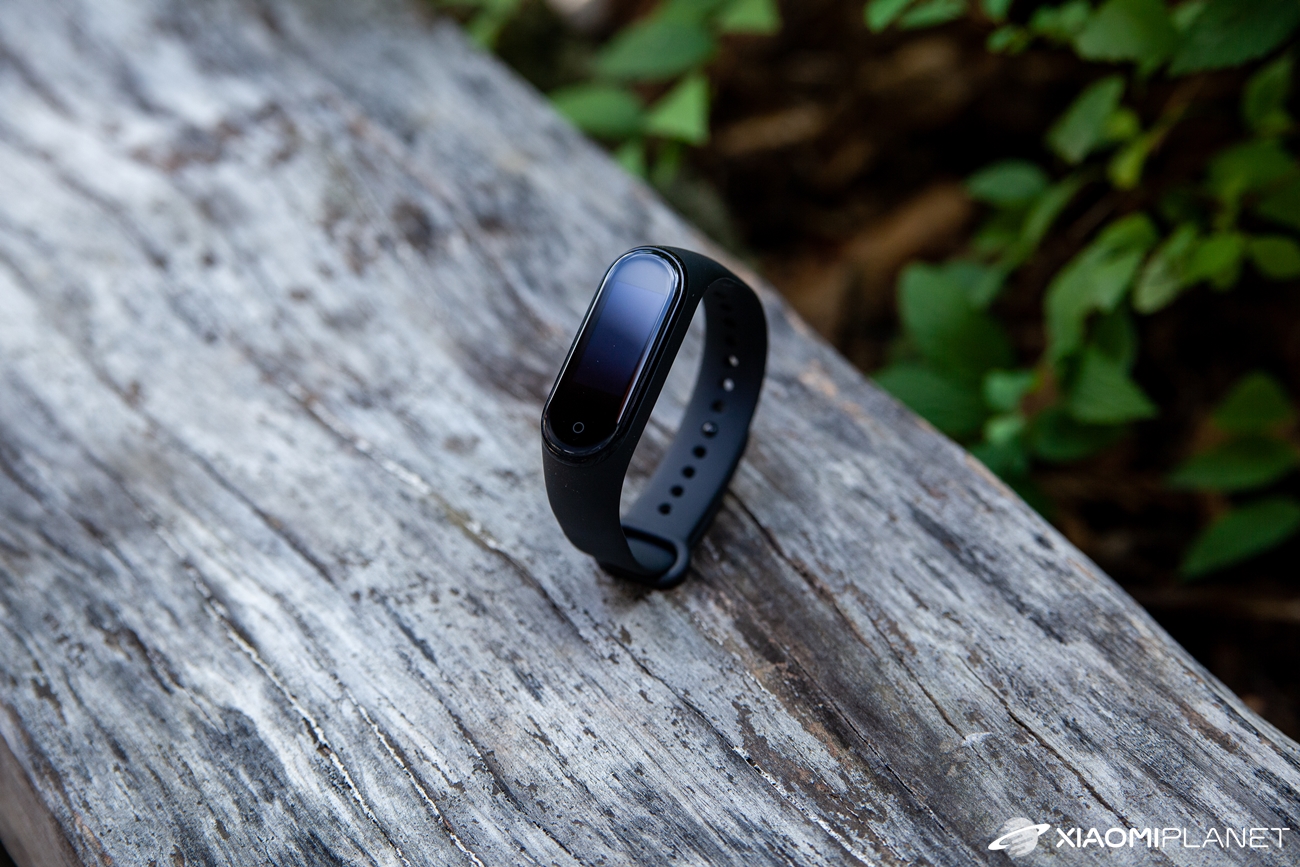 The body of the device is a bit more flat, it is a good step. The design of the silicone strap itself is worth a compliment. This is the first time it is compatible with the previous generation of bracelets. This is good news for those of you who have purchased replacement bracelets for your model Mi Band 3. So don't throw it away.

In a given price category (say up to 30 euros), a color, sharp and easy-to-read display may not be a matter of course. After all, the owners of previous generations would definitely be able to say their point on this topic. The display as such is important for a convenient and correct display of time or notifications, but it also fulfills its design role. 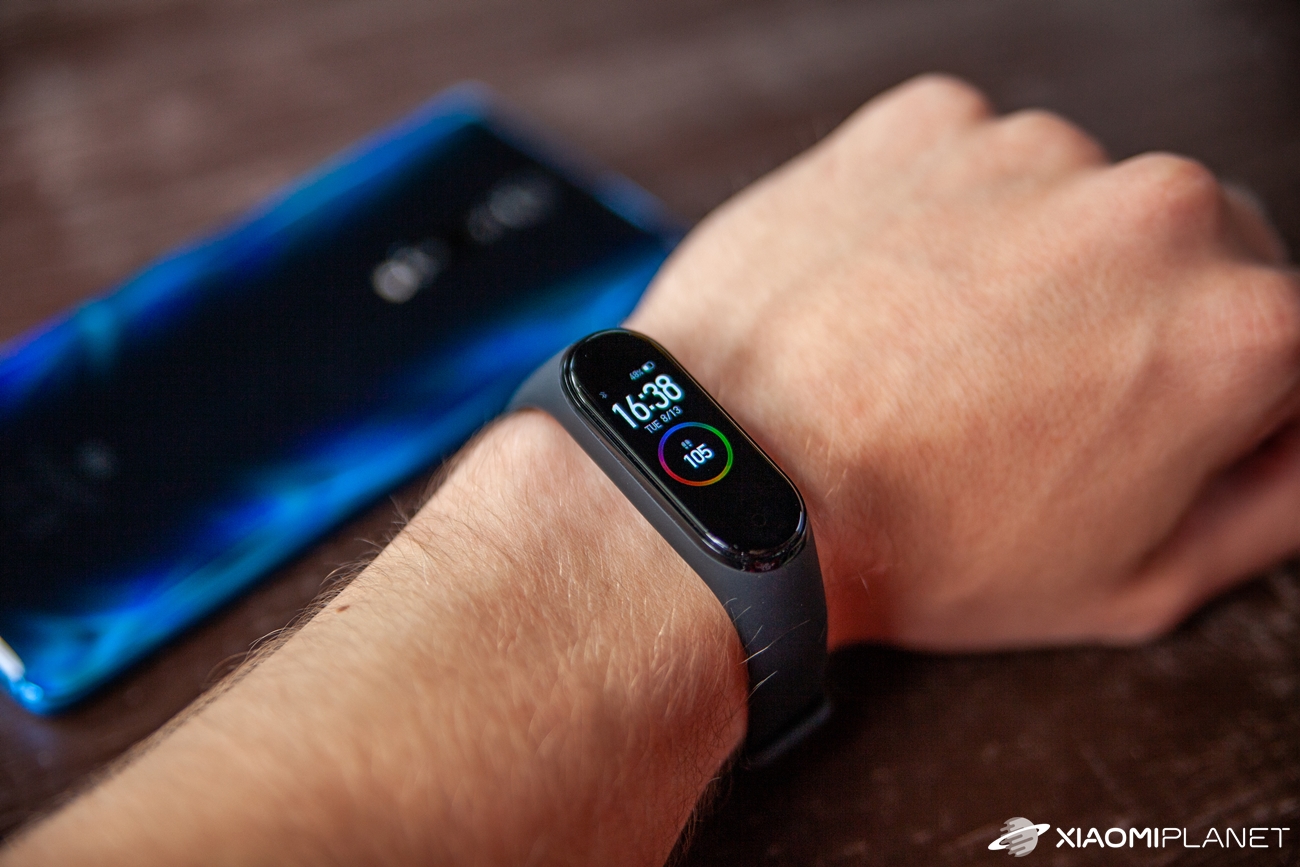 However, the novelty brings for the first time 0,95 inch OLED display with a resolution of 240 x 120 pixels. The maximum brightness of the display has stopped at up to 400 nits, and the display definitely has the above-mentioned features. I was satisfied with watching in daylight, In addition, the colors are realistic in their spectrum and do not scream like some "oversaturated" AMOLED displays.

An equally important element, in addition to the design of the bracelet itself, is also the mobile application, through which the bracelet is paired with a smartphone. In this case, it is a very well optimized and after the design update also a modern-looking application called Mi Fit. At first glance, belonging to the brand is known thanks to the orange color.

After the initial registration (for example via Facebook or Gmail) comes the possibility to add new devices. The bracelet connects via Bluetooth and downloads the necessary updates. It is then ready for use. It is also possible to update the bracelet later, after the update is issued by the manufacturer.

The mobile application offers a relatively wide range of customization options. Displays the battery status, days since charging, options for the layout of individual elements below each other in the bracelet or the appearance of the home screen.

There are also sync settings, alarms, reminders, as well as a mildly annoying feature that will be happy to prompt you to move if your idle time exceeds one hour, for example.

The bracelet is synchronized with your device via Bluetooth 5.0 BLE technology, while pairing, updating and more detailed settings need to be performed traditionally via the mentioned mobile application. 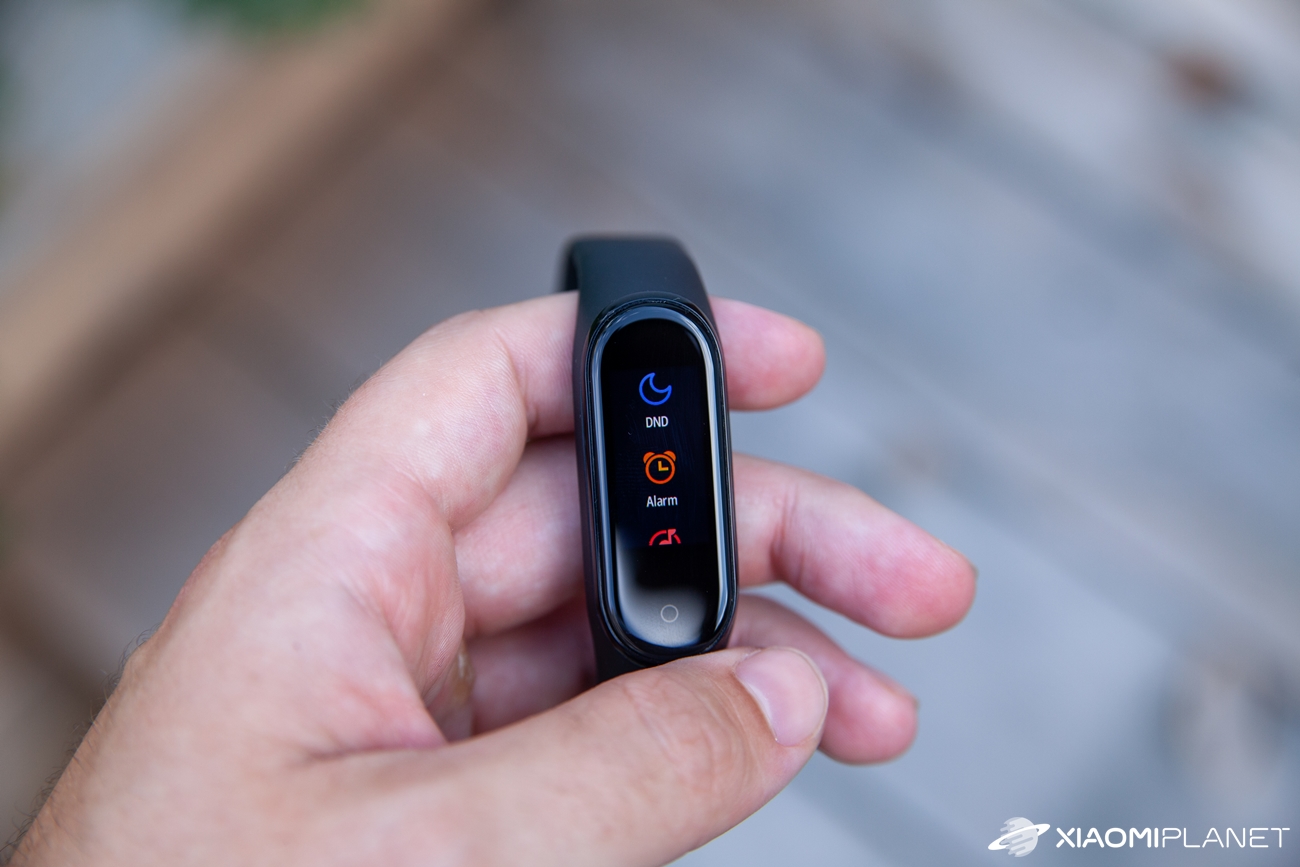 After the new one, the bracelet is officially equipped with certification 5 ATM for watertightness and directly from the manufacturer, it is also recommended for swimmers to measure the given sports performance in the pool. The operation of the bracelet is very similar to the previous generation, but the new display brings more space for alternative buttons. Also new is the ability to control the currently playing music directly from the bracelet. 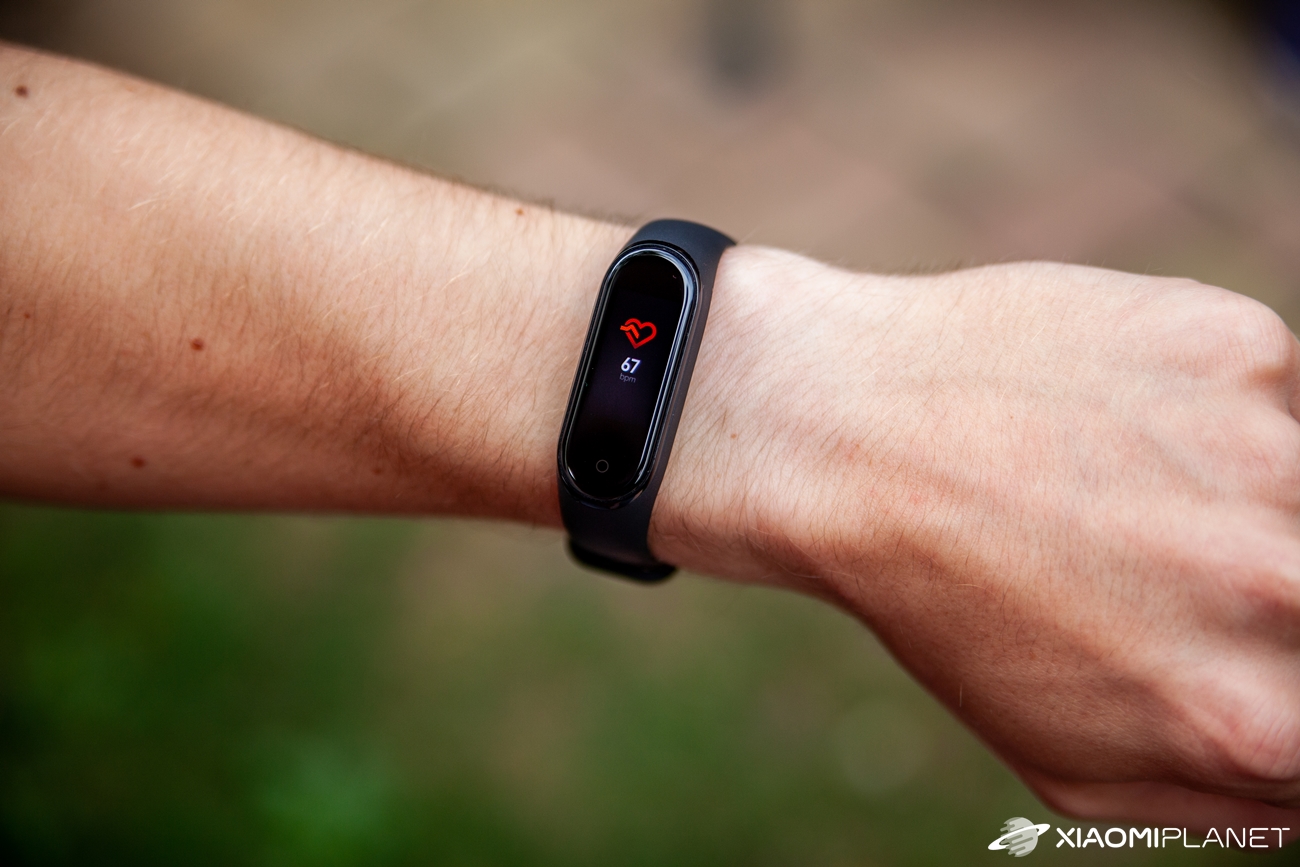 If that's not enough, the bracelet does not lack standard fitness functions such as measuring steps, heart rate, calories or distance traveled. There are also features such as weather monitoring, timer, stopwatch, notifications from your smartphone or the ability to change the display style of the home screen on the watch.

The fourth generation of the bracelet is definitely worth paying attention to, and if you hesitated to buy with previous models, you can say that now is the right time. Features and speed are practically at the best level ever, a clear mobile application, the possibility of customization or price are the right reason to buy. 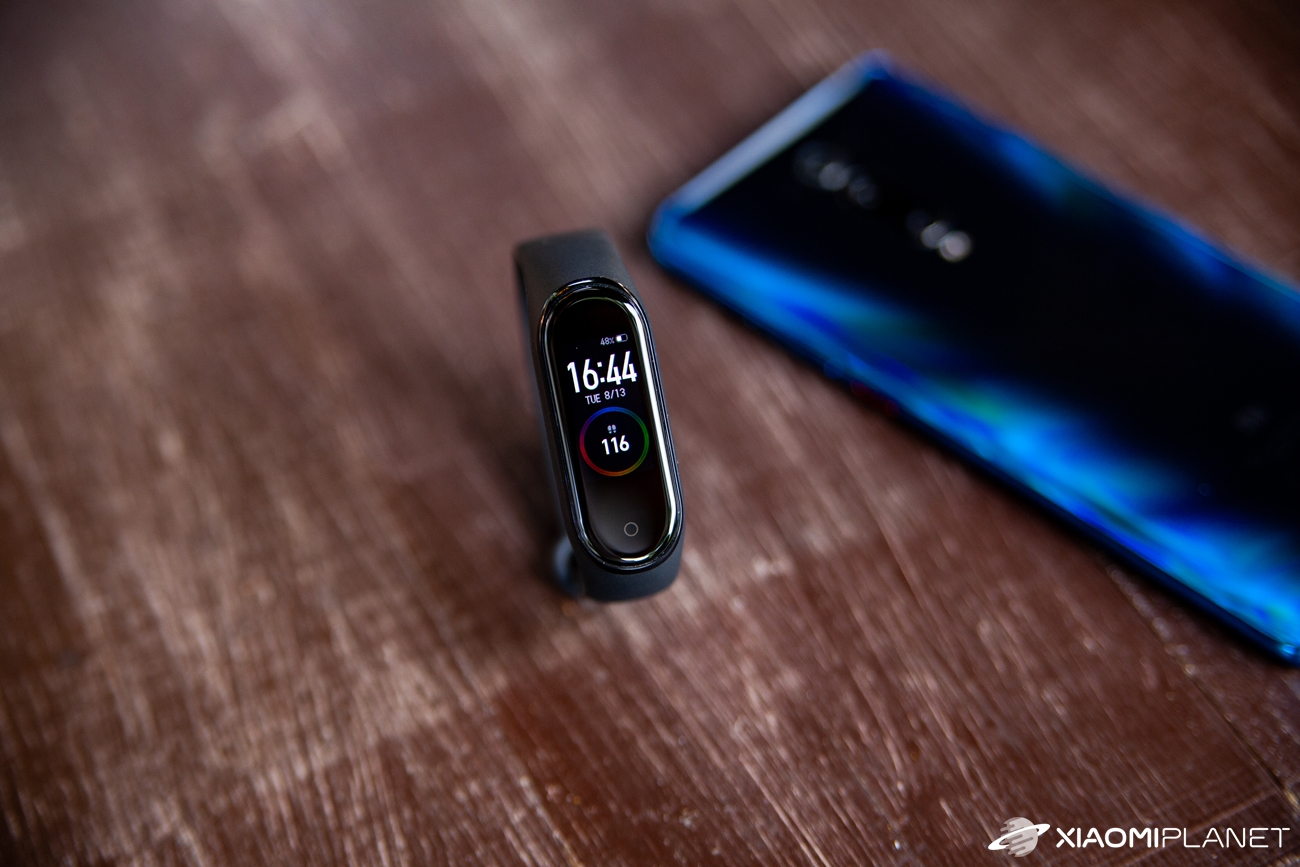 It is definitely worth mentioning the low weight only 22,1 grams. You will enjoy the curved 2,5D protective glass or a practical touch button to return to the home screen or wake up the bracelet (yes, it is still possible to wake up the bracelet by lifting your wrist, but this option must be turned on in the settings in the application). The equipment is complemented by a three-axis accelerometer and gyroscope.

The battery has set a new standard

As in previous generations, this time there is endurance at the level of 15 - 20 days. The exact value depends on the actual use of each user separately. This means how often he measures his heart rate, how many notifications he synchronizes from his smartphone, etc. The endurance of our bracelet was on average at the level of 16 - 18 days. 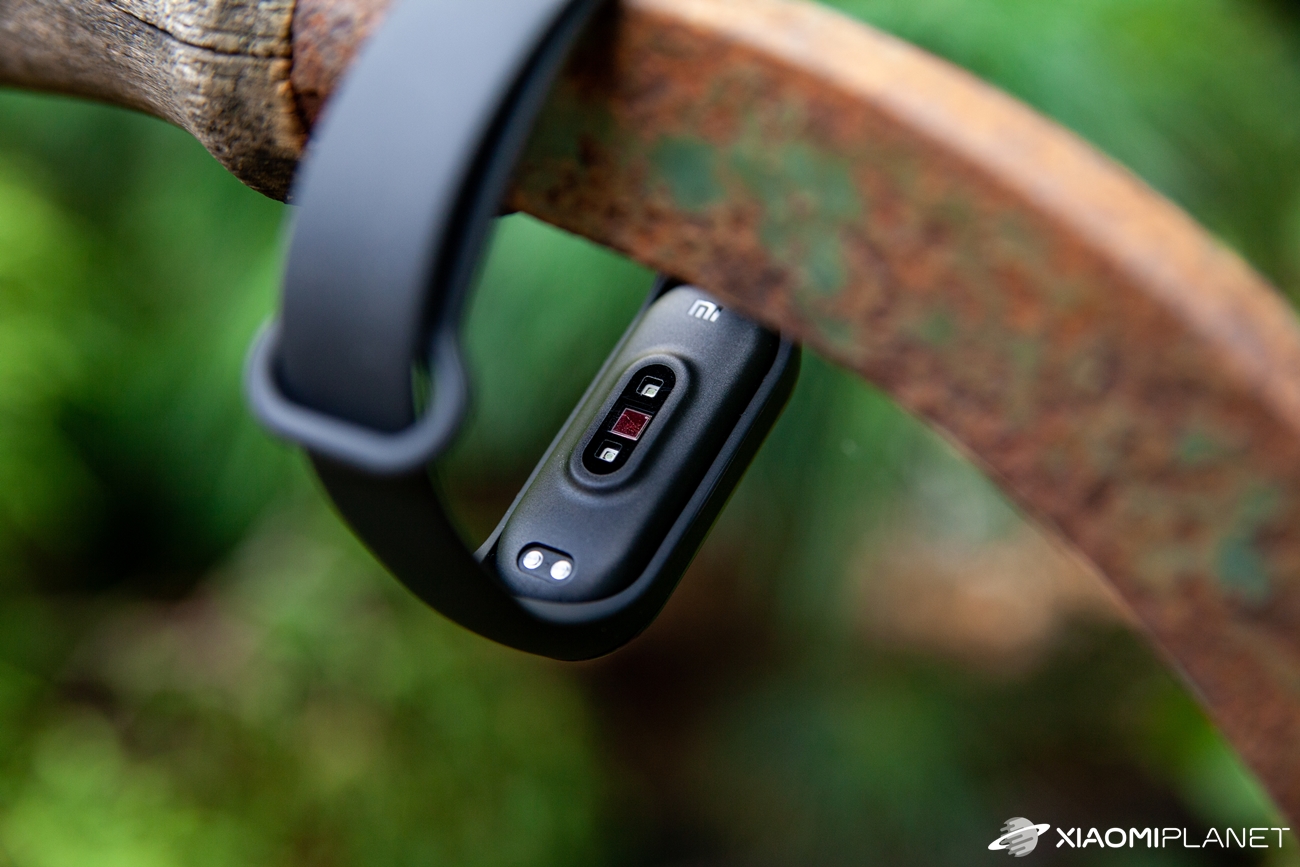 In essence, it is a great endurance, in exchange for how many functions this simple fitness bracelet offers. The manufacturer has also increased the battery capacity for a satisfactory result. It stopped at 135 mAh. The lithium-polymer type battery should be fully charged in the supplied charger in approximately two hours.

To buy or not to buy?

We can only recommend the purchase of Xiaomi Mi Band 4. It is a pleasant combination of basic fitness functions, health monitoring functions, practical design and reasonable price.

To our satisfaction, we probably only need an NFC chip that can be used in our country as well. Mi Band 4 can be considered a handy gadget that attracts attention, not only at first glance.

2. Click on our orange button Take advantage of the discount, you will be redirected to the product. Then click on "Buy It Now".

Xiaomi presents the new generation of the Mi Robot Vacuum vacuum cleaner. It has the latest technology, mopping and a great price

Finally: We have the official date of arrival of Xiaomi Mi 9T Pro in Europe and Czech-Slovak awards!