Amazing 8K video captured with Snapdragon 865. This quality is offered by Xiaomi Mi 10

Qualcomm, the company that manufactures the flagship processor Snapdragon 865, brings a new 8K video made with this processor.

although 8K videos are not yet globally widespread and users usually prefer a 4K shot, this is an interesting demonstration of the performance of a new processor. You can watch the recorded video below.

Xiaomi Mi 10 will also have it

The first model with the upcoming flagship Snapdragon 865 processor should be launched in a week and should be the model of the South Korean company Samsung. However, as already announced at the end of last year, one of the first models that the new flagship processor will contain is the upcoming smartphone. Xiaomi Mi 10.

"Smartphones with the Snapdragon 865 processor can capture professional image quality and offer exciting new camera features, including 8K video. See the dramatic landscape of Arizona in 8K 33 megapixel video! So the image is big, sharp and shared in all its beauty on YouTube, ”says Qualcomm.

Snapdragon 865 contains a processor for processing video and photos Spectra 480 ISPwhich, according to the company, can process up to 2 gigapixels per second.

As for the hardware device that captured the 8K video, the company revealed that the latest chipset paired with a 48 MPx sensor was used. Sony IMX586. It was a prototype smartphone with a new processor.

The 8K video in Mi 10 has already been revealed

He only appeared on the internet this morning new leaked poster, which reveals the design and some specifications of the expected Xiaomi Mi 10. Among the specifications is also mentioned 108 MPx sensor capable of recording 8K video. This will be possible thanks to the Snapdragon 865 processor. 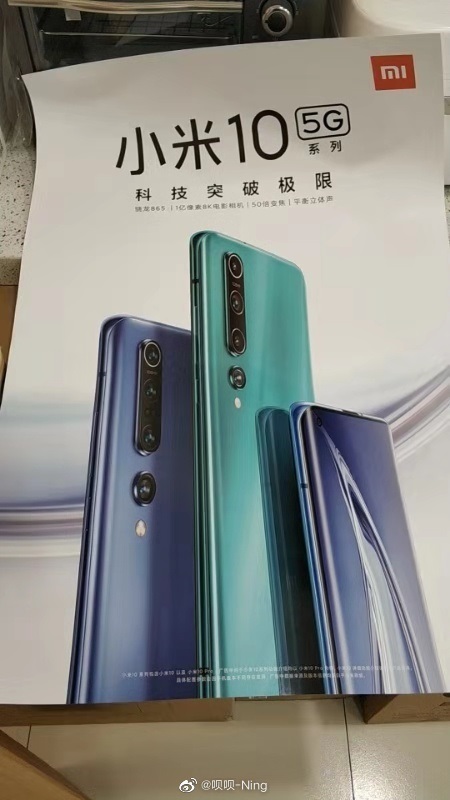 Looking forward to a new flagship smartphone Xiaomi Mi 10 or his For version? Which of the features of the new smartphone would please you the most? Write us your perspective on the discussion below the article.