The latest coupon for the 256 GB version

Only the recently introduced smartphone POCO X4 GT can be ordered at the best price today through the Gshopper marketplace.

The seller there offers the smartphone from a Chinese warehouse, but our contact from Gshopper confirmed to us that the seller uses duty free shipping. You won't be charged any more. 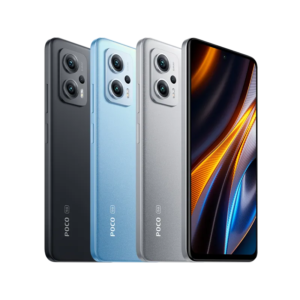 I want it
Are you shopping for Gshopper for the first time? See instructions!

2. Click on our orange button Take advantage of the discount in our article, you will be redirected to the product. Then click on "Buy Now". 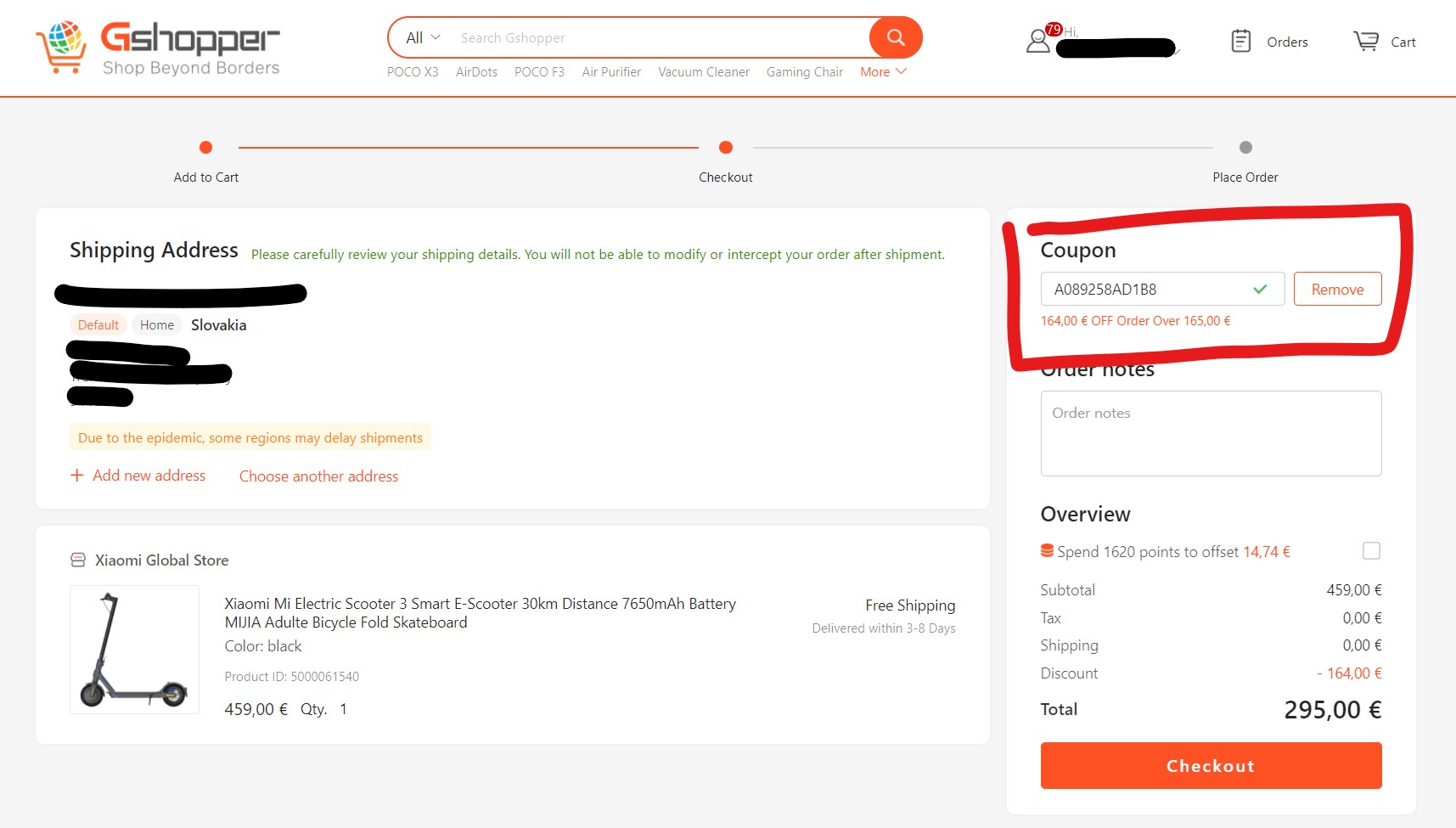 5. After entering the coupon, you continue to pay with the "Checkout" button, which redirects you to select a payment method. It is possible to pay by credit card or via PayPal. After successful payment, you will receive a confirmation e-mail and you can also check your order in the account on the site.

I want it
Are you shopping on Goboo for the first time? See instructions!

smartphone LITTLE X4 GT should build on the success of its predecessors in "X-series" devices, such as POCO X3 Pro. The novelty also tries to attract a 6,6 ″ IPS LCD display, which has Full HD + resolution (2400 x 1080 pixels, 20,5: 9), dynamic refresh rate up to 144 Hz, supports Dolby Vision, DC Dimming technology, and more than 1 billion colors. 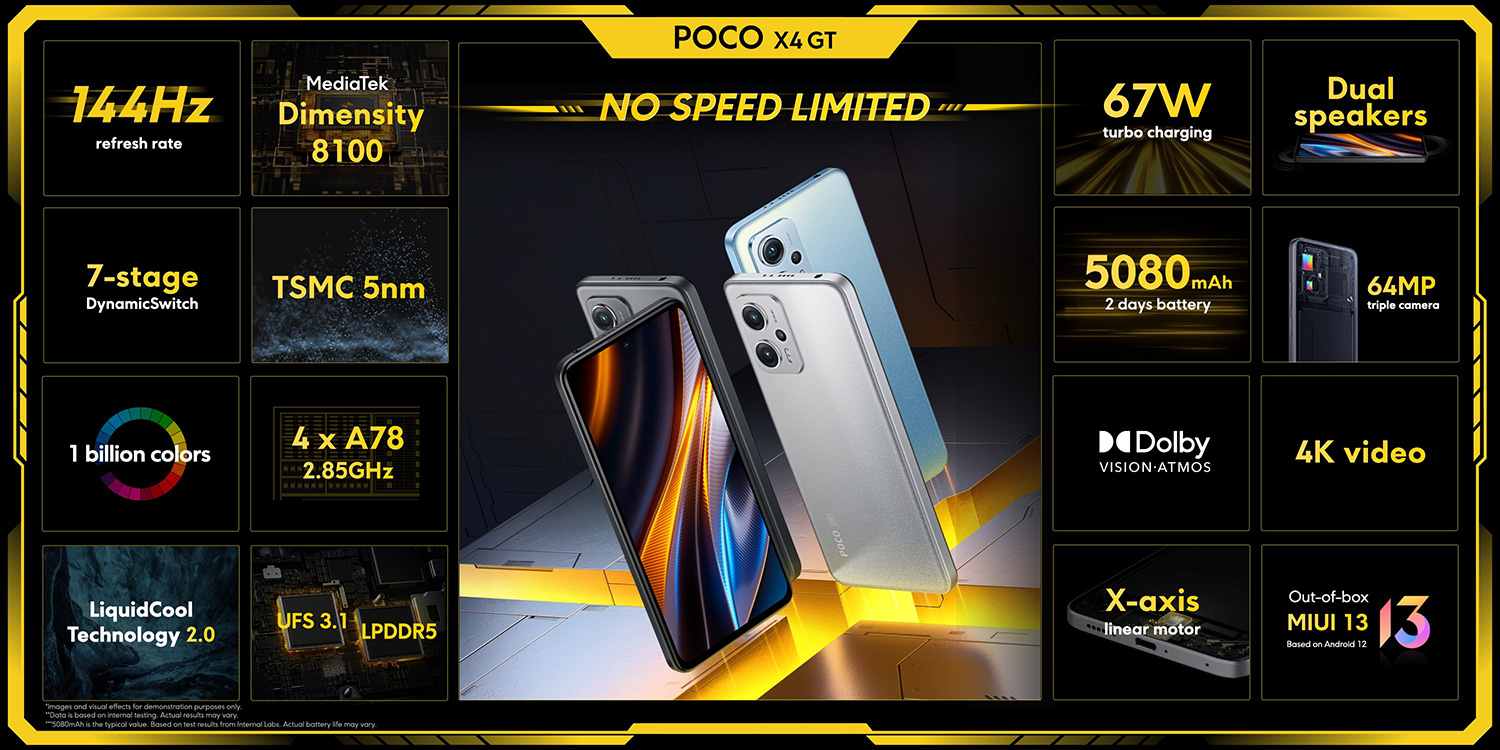 The manufacturer also emphasizes the reduction of blue light, at the hardware level, by up to 30% compared to competing LCD panels. The main benefit of this device is the integrated 5 nm processor MediaTek Dimensity 8100 5G (TSMC technology), which offers four Cortex-A78 cores (2,85 GHz) and four Cortex-A55 cores.

This processor is also complemented by a graphics chip Mali-G610, an APU 580 chip to aid in rendering and performance. In addition, there is 8 GB of LPDDR5 RAM or 256 GB of fast internal storage UFS 3.1. Even in this case, there is a lack of quality cooling Liquid Cool 2.0.

There is a set of three sensors on the back. The main one is 64 MPx camera (f / 1.89), while it is complemented by an 8 MPx ultra-wide angle sensor (f / 2.2, 120 °) as well as a 2 MPx macro camera (f / 2.4). The smartphone will support recording 4K videos. The Android 12 operating system will be available in terms of software, together with the MIUI 13 graphical extension from the manufacturer.

According to the manufacturer, this model achieved more than 822 thousand points in the familiar AnTuTu testing, so there will be no shortage of performance, even for more graphically demanding 3D game titles. The equipment is also included Wi-Fi 6 technology a Bluetooth 5.3, for seamless connection of accessories with minimal delay. You will also enjoy the presence of dual stereo speakers with Dolby Atmos and Hi-Res Audio support, as well as the "X-Axis" vibrating motor and 3,5 mm audio headphone jack.

In this case, the battery has a capacity of 5080 mAh. According to the manufacturer, this smartphone should provide two days of endurance on a single charge. In addition, there is also a lack of support for fast 67 W cable charging. You can reach 50% capacity with the included charger in 15 minutes, and it will take 46 minutes to reach full capacity.

Price and availability of a new smartphone

New smartphone LITTLE X4 GT will be officially available in Black, Silver and Blue. The start of the sale is scheduled at selected partner dealers on June 27.06.2022, 27.06.2022. However, the manufacturer has also prepared special introductory "Early bird" prices in the period from 07.07.2022 to XNUMX, which will be even lower.

These are the official sales prices in each configuration: 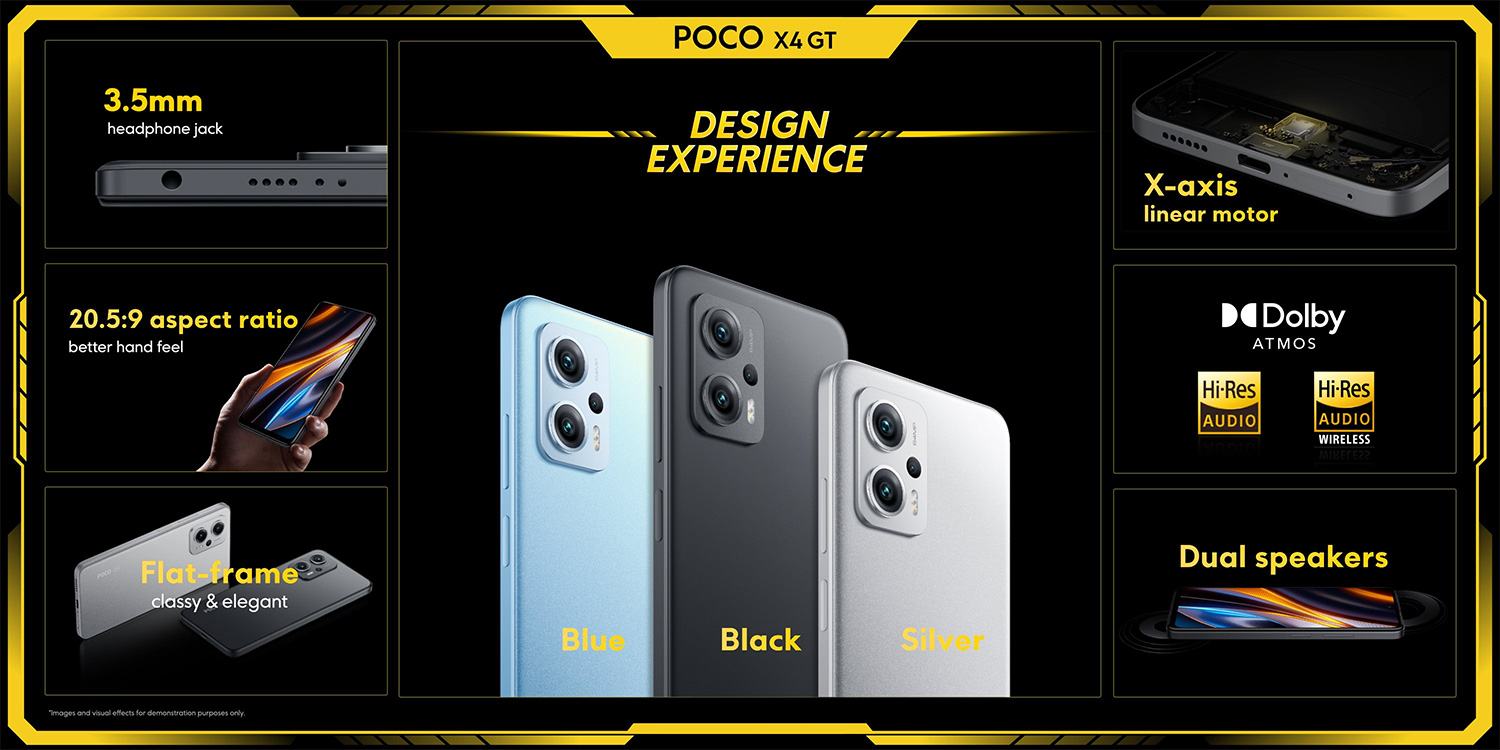 How do you like the new POCO X4 GT smartphone? If you have any further questions about this product, you can feel free to write them to us below in the discussion below the article. Follow our group on Facebook: Xiaomi Planet - A place for real Xiaomi fans as well as our portal Xiaomi Planet and find out more.

Latest coupons in EU stocks: The global version of Xiaomi Mi Smart Air Fryer 3,5L will prepare you a healthier food without oil

POCO C40 in the global version is already on sale with a coupon for a low €128. It has an unconventional JLQ JR510 processor and a 6000 mAh battery