Innovations and improvements are already an integral part of mobile technologies. In software updates, we encounter new features or security enhancements. Some smartphone manufacturers spend a lot of money on development and take care of the software on their devices, for example.

We Xiaomi users and their MIUI software extension are happier because Xiaomi is an example in updates and enhancements. It is true that after July 1, 2019 our weekly updates will end, but the development of MIUI is far from over.

An interesting new feature has appeared in the latest released version of the MIUI for Xiaomi Mi 9 3D Air Gestures. As the name implies, these are some kind of airy gestures. In short, it looks like you're running any phone in the air to launch any function or application. 3D gestures have so far been configured into four letters, namely M, W, C and Z.

By describing the shapes of these letters on the phone in the air, it is possible to start a preset function or application. A video showing the use of this new feature has appeared on the Chinese social network Weibo, on the profile of a certain Xiaomi employee.

Obviously when in use 3D Air Gestures phone evaluates data from accelerometer and gyroscope. The feature has only been released for the Chinese beta version of MIUI so far, so we haven't been able to try it yet.

Below is an image from the display with the settings of the new 3D Air Gestures function, so far only in Chinese. 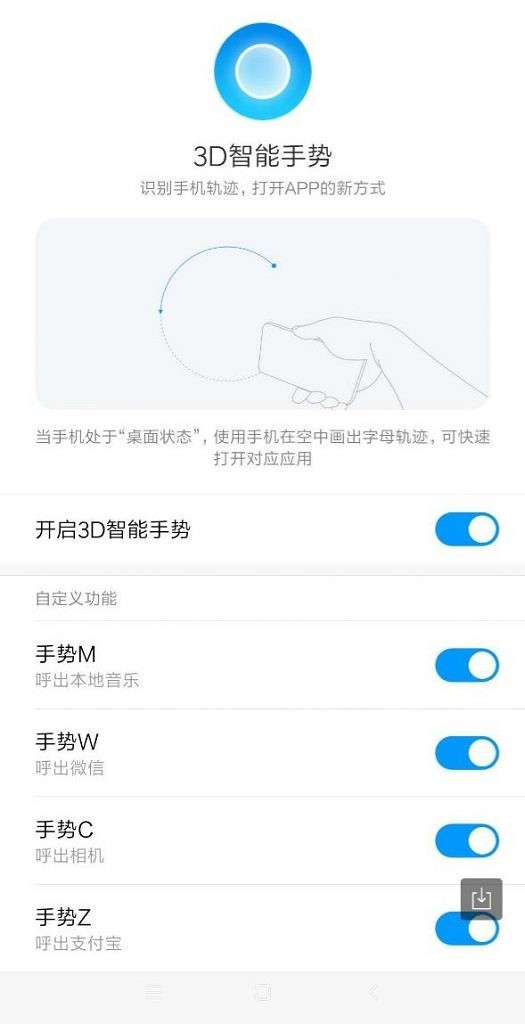 It is not entirely certain whether the launch of the selected applications is fixed, or the user can choose any application. Technically, however, the second option should not be a problem. 3D Air Gestures is still under development and it is not clear when it will reach the stable software versions of MIUI. It is also uncertain which smartphones will be available in the final phase.

In any case, it is an interesting innovation, although similar attempts have already been made. We see usability especially when using the phone with one hand. Especially with larger phones, it is sometimes difficult to click with one hand on the required application.

The Xiaomi Mi 9 can overclock to an amazing 84 Hz. Here's how