We were only a few days ago witnessed a global performance the expected upper-middle-class smartphone called Redmi Note 9T 5G. Not much time has passed since the launch, and news about the Redmi Note 10 Pro model is starting to appear on the Internet.

Although none of this information has been officially confirmed, its credibility is relatively high. To begin with, we can once again look forward to an excellent upper middle class in which Redmi, as usual, excels.

Thanks to the portal 91mobiles we have access to some basic specifications of the Redmi Note 10 Pro smartphone. It is also expected that Note 10 series smartphones will come on the market in at least three colors, namely black, white and green. 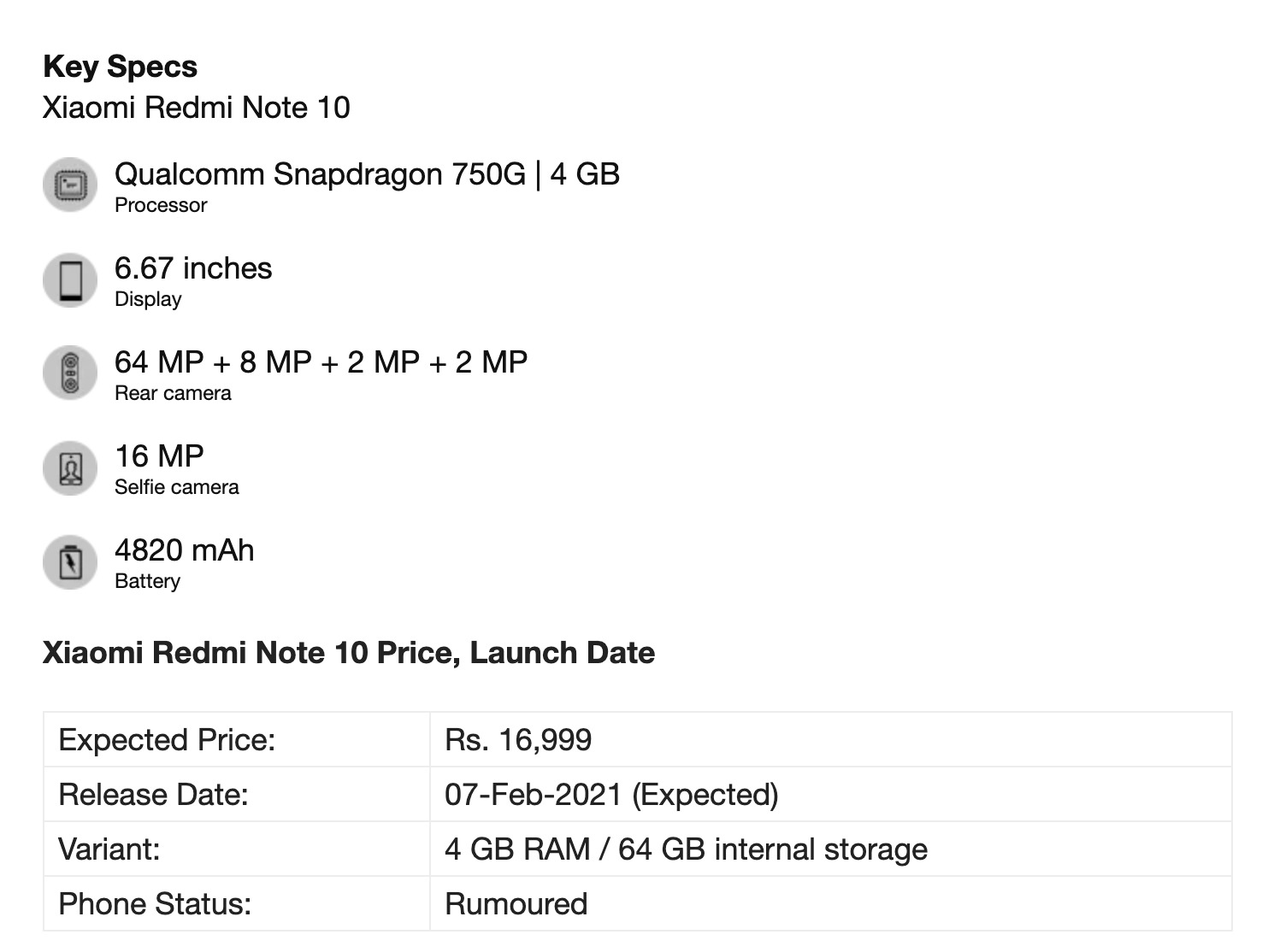 As you can see in the picture above, the equipment of the device will consist of a powerful mid-range processor called Qualcomm Snapdragon 750Gwhich supports fifth generation networks and they will second him 4 GB RAM.

On the front we can expect a display panel with a diagonal 6,67 ", while support for a higher refresh rate is not excluded. At the back will be four sensors with the main 64 MPx sensor, 8 MPx wide angle lens and two 2 MPx sensors.

Finally, we learned from the equipment that the device will be powered by a battery with a capacity 4820 mAhwhich is a decent value. We will probably see higher charging power, but we have no information about it yet.

We also know the estimated price

As far as the price is concerned, Redmi Note 10 Pro should be introduced for the Indian market at a price of 16 999 Indian rupees, which, when recalculated, is approximately € 192 / $ 234. We could learn more in February, when the smartphone should also be officially introduced.

Of course, we will continue to monitor the whole situation and bring the latest news. If you don't want to miss anything important, keep an eye on our website, join ours new group on Facebook and subscribe to articles directly to your inbox.