The MIUI superstructure is one of the most popular in the world. The modified Android system was introduced by Xiaomi in 2010. Since then, it has come a really long way and is the only superstructure that receives updates every week. Very often it also gets new features.

Xiaomi has now released information about the news it will add to MIUI soon.

The new feature will be about application security. Support will be added to MIUI lock apps using your face. The function thus extends security elements such as a numeric code or blocking to the user's fingerprint. 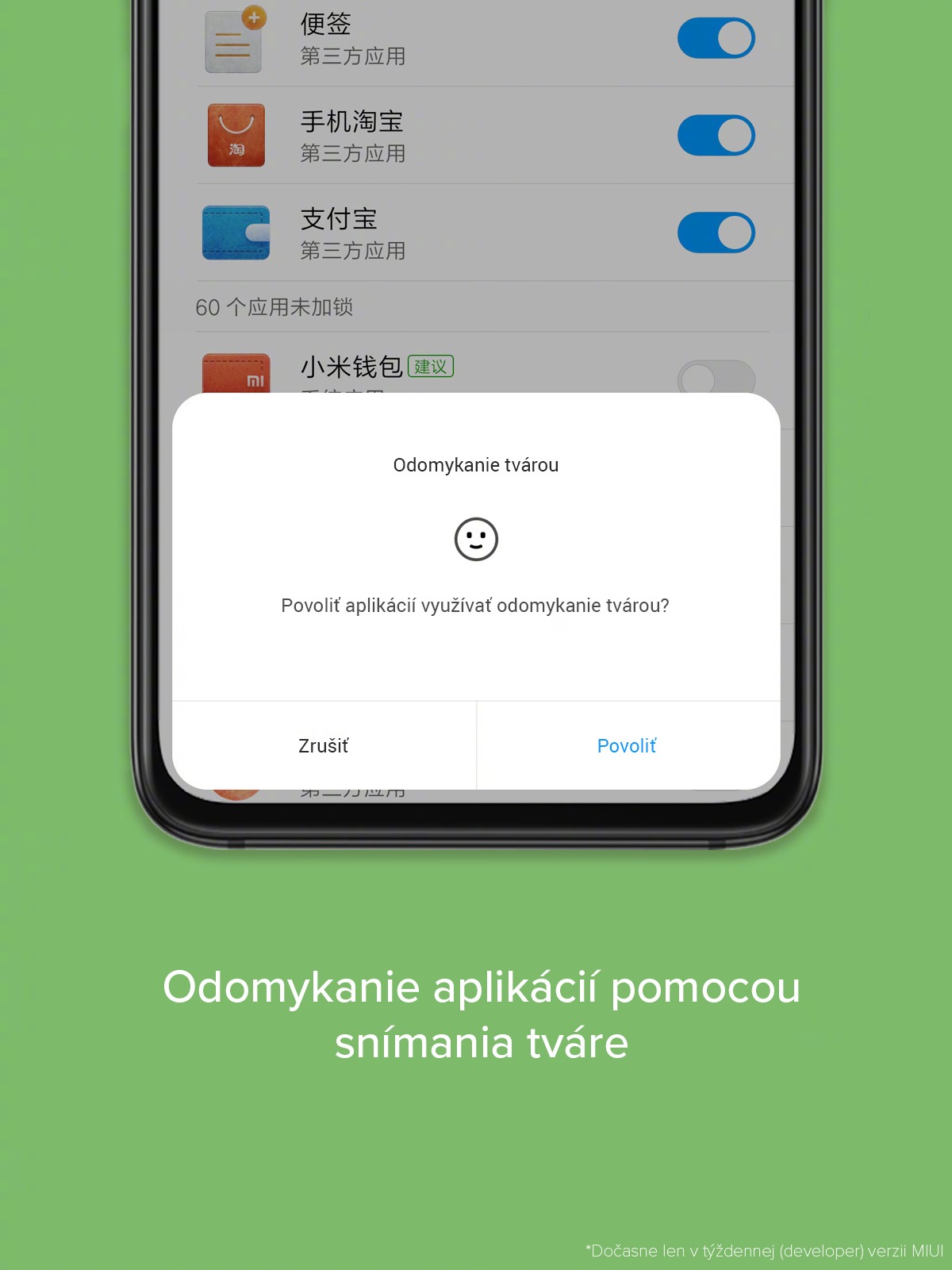 If you receive a notification from the application on the lock screen, the phone will not open automatically the application. You will first have to unlock the smartphone classically and only then enter the application. According to the MIUI team, this solution is much more suitable for overall security.

It is not yet known when exactly the new function will be added to the system. However, the developers are testing it, they are even there in the final stage. Subsequent weekly updates could belong to this new feature.

This e-shop started to exaggerate. The prices of many Xiaomi smartphones are pushing down properly