A few months later, through certification, we reveal further technical specifications of the improved version with the label Mi True Wireless Earphones 2S. They should also enter the European market through official distribution and also with the wireless charging function.

The official name already refers to the official distribution to Europe following the model of the first generation of the product. However, in addition to imports into Europe, the Wireless Power Consortium platform has revealed some other specifications. The headphone code is TWSEJ05WM, which is practically the same designation as in the case of the December model.

The certification was performed only a few days ago and shows version 1.2.4. It contains an oval box in which the headphones themselves are stored. Their design is compared to the standard Chinese generation AirDots Pro 2 unchanged, reminiscent of the famous Apple Airpods and seamlessly follow the first generation of headphones from Xiaomi. 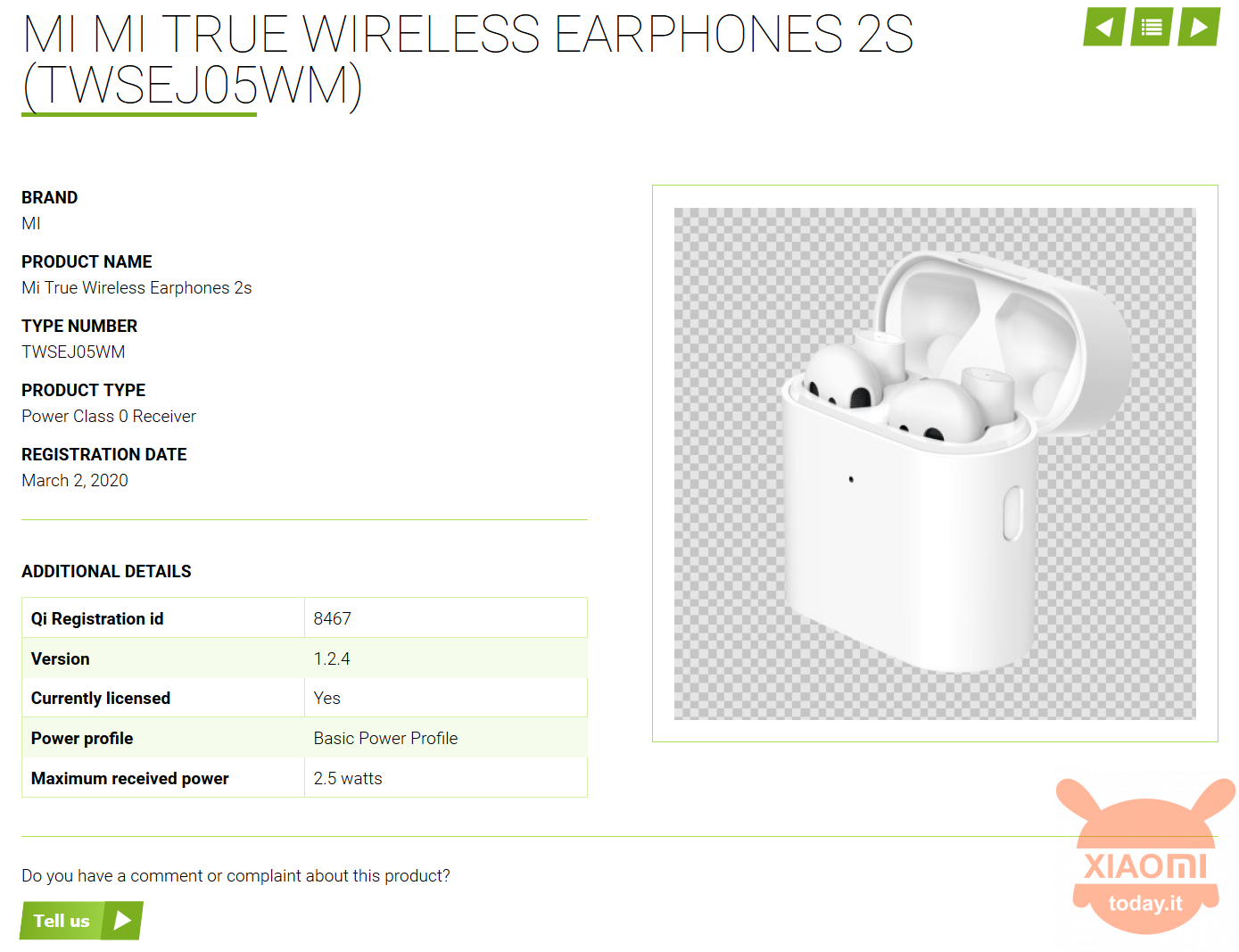 Within the obtained data, several color versions are listed, but we do not assume the presentation in a color other than white. Cheaper models such as Redmi Airdots or Xiaomi Haylou headphones are available for black. The headphones are of the "stone" type and therefore do not contain soft eartips. Touch controls are also missing.

As the novelty has been certified on the portal for wireless charging devices, this technology should not be missing either. The supported power is 2,5W, which could be enough to charge the case.

The new Black Shark 3 can create up to 256 MPx photos. Their size is crazy