Xiaomi Mi 9 vs Mi 9 SE - the same make, the same date of presentation, the same number in the model designation and yet are different. We write about the top models of our favorite brand Xiaomi.

The Xiaomi Mi 9 and Xiaomi Mi 9 SE were introduced in February of this year and both phones have taken a firm place in the global market. Their rich equipment and reasonable selling price made them very popular.

The first records after the launch

After the launch of the Mi 9 in China on February 27/2019, stocks sold out for an incredible 53 seconds. After a month of sales, Xiaomi reports that a total of approximately 1,5 million Mi9 and Mi9 SEs were shipped.

Since we have already mentioned the price, let's take a look at the values ​​at which these two bestsellers can currently be procured.

find out the prices

find out the prices

* Editor's note: Prices are valid as of the date of publication of the article. They may change depending on market price developments.

However, it is not just the price differences that distinguish these two top phones. Let's look at the basic differences in parameters in the table. In the article below, we discuss the differences in more detail.

What we notice at first glance, without turning on both phones, are the dimensions. While the Mi 9 has the standard dimensions of today's typical flagship, Brother Mi 9 SE is again a respectable compact. Many of them are no longer produced today, although there is still a great demand for smaller phones.

Both phones look very luxurious, thanks to the glass constructions. The overall processing is very high quality, which is standard on Xiaomi and cheaper phones.

It can be expected that a smaller display will be placed in a small body. Fortunately, the manufacturer has donated both versions of the Mi 9 AMOLED display with resolution 2340 x 1080 px. The Mi 9 SE has a slightly sharper image due to the higher pixel density, as the display area is smaller and has the same resolution. However, you will not register this information with the naked eye.

Some people may miss LED notifications, but Mi 9 owners will certainly not miss them. With the SE version, you can replace them by running the function "Ambient display". Thanks to it, the clock and arbitrarily selected notifications or other information are permanently displayed on the locked display.

Of course, the classic Mi 9 also has an ambient display function. This already belongs to the standards of AMOLED displays. Both smartphones also offer relatively fast and accurate fingerprint sensors directly in the display.

A clear winner in performance

Here is the core of both phones that can most influence the decision of the future owner. And not just one core, but eight. Both versions of the Mi 9 are equipped with great and powerful processors from a proven workshop Qualcomm Snapdragon.

The more expensive of the phones currently has the most powerful mobile processor of 2019, and that Snapdragon 855. The Mi 9 SE, in turn, holds the lead in being the first phone in the world, in which it was used an order of magnitude lower Snapdragon 712.

Physical performance cannot be questioned, which was also demonstrated in the benchmarks, where the bigger brother achieved more than double the score. The reactions of the more equipped Mi 9 are significantly faster and the new owner will not have to worry about hesitation even after a year or two of use.

Watch a well-crafted video that shows the differences in performance:

Both phones are already consistently available on our market and their global versions also support our LTE B20 band. However, their different processors also affect the data transfer rate.

Mi 9 SE is capable in LTE network of maximum values ​​for download 800 Mbit / s and for sending 150 Mbit / s. A stronger brother can download at speeds of up to 2000 Mbit / s and send data 318 Mbit / s. It is true that we do not have such fast LTE networks in Slovakia or the Czech Republic, so in reality you do not know the difference.

Although at first glance it may seem that both phones have the same equipment in this respect, there are still differences here. Each of the pair has 3 rear cameras a front 20 MPx camera, which is the same for both models.

Also the rear primary sensor 48 MPx, Sony IMX586 Exmor RS is the same, well In addition, the Mi 9 is equipped with laser autofocus.

Further differences can be found in the two secondary sensors. Mi 9 has widescreen 16 MPx sensor with f / 2.2 aperture and laser autofocus. For the Mi 9 SE, the second camera is also wide, but with a smaller one 13 MPx resolution and an aperture of f / 2.4 without a laser. Telephoto lenses also have different resolutions - 12 MPx in Mi 9 and 8 MPx in Mi 9 SE.

Due to these specifications, the Xiaomi Mi 9 clearly achieves better results, especially when creating videos. There are also marked differences in the sharpness or brightness of the photos. It is said that seeing once is better than reading a hundred times, so see others great videowhich compares the cameras on both phones.

Here is the last significantly different parameter from our evaluation. If we take into account the dimensions, the size of the display and the weight of the phones, at the end of the equation we will have a larger capacity battery. My 9. Yes, that's right, and we find a battery with capacity in his body 3 mAh. 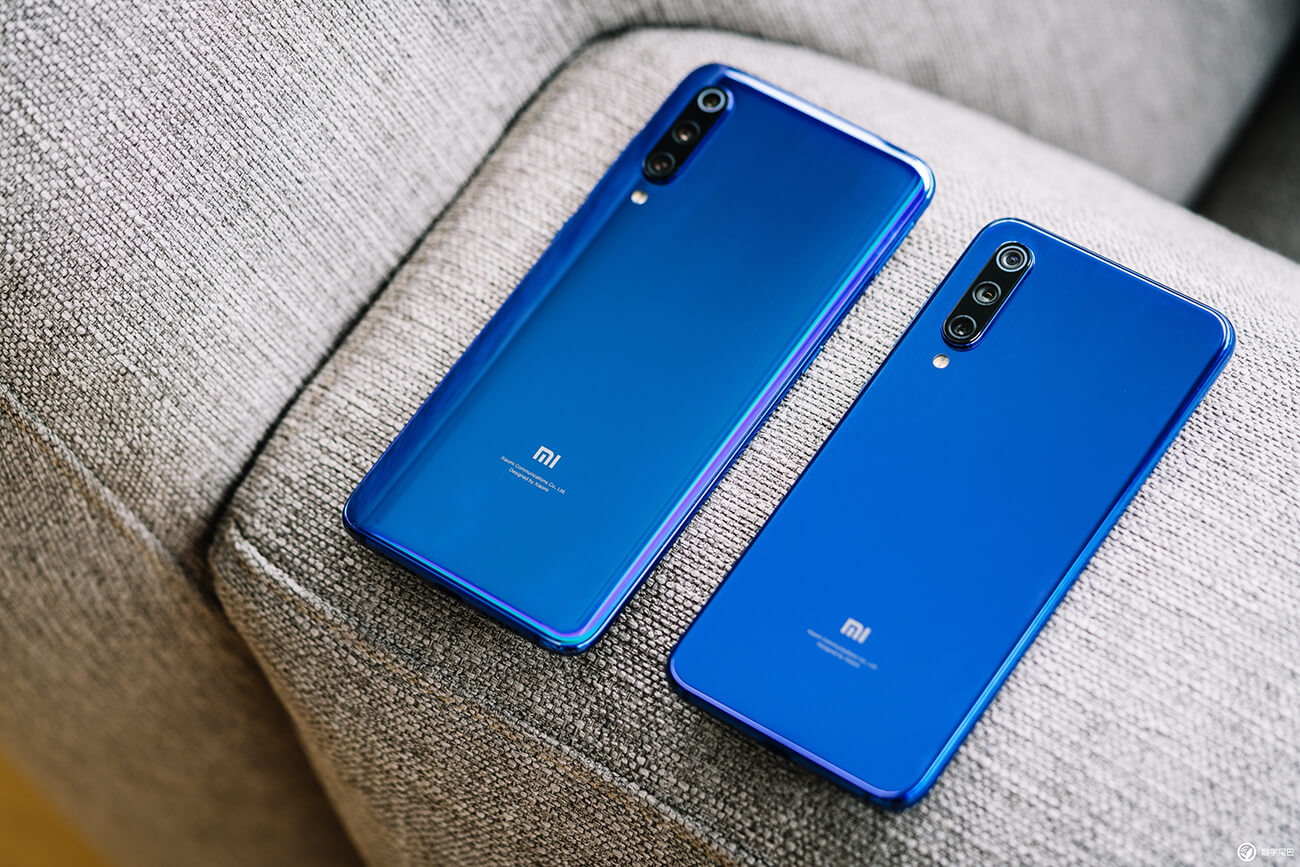 However, what favors the Mi 9 over the SE version is charging. The large "9tka" has the support of fast charging in the power of up to 27 W and in the case of wireless charging it is up to 20 W. You can't charge the Xiaomi Mi 9 SE wirelessly and fast charging has a maximum value of 18 W.

The manufacturer promises to charge from 9% to 0% in an incredible 100 minutes if the Mi 40 wireless charger is used. In our editorial test of the Mi 9 SE charging, we charged the phone from 23% to 100% in approximately 60 minutes.

Current price drops for Mi 9 and Mi 9 SE also in your e-mail box!

You have to choose the winner yourself

Although all the technical specifications are in favor of the Mi 9, it cannot be said that one of the phones would be better. We did not compare competing models in the same performance class. Both phones have something in them and it is not possible to make an objective decision by evaluating all the parameters. 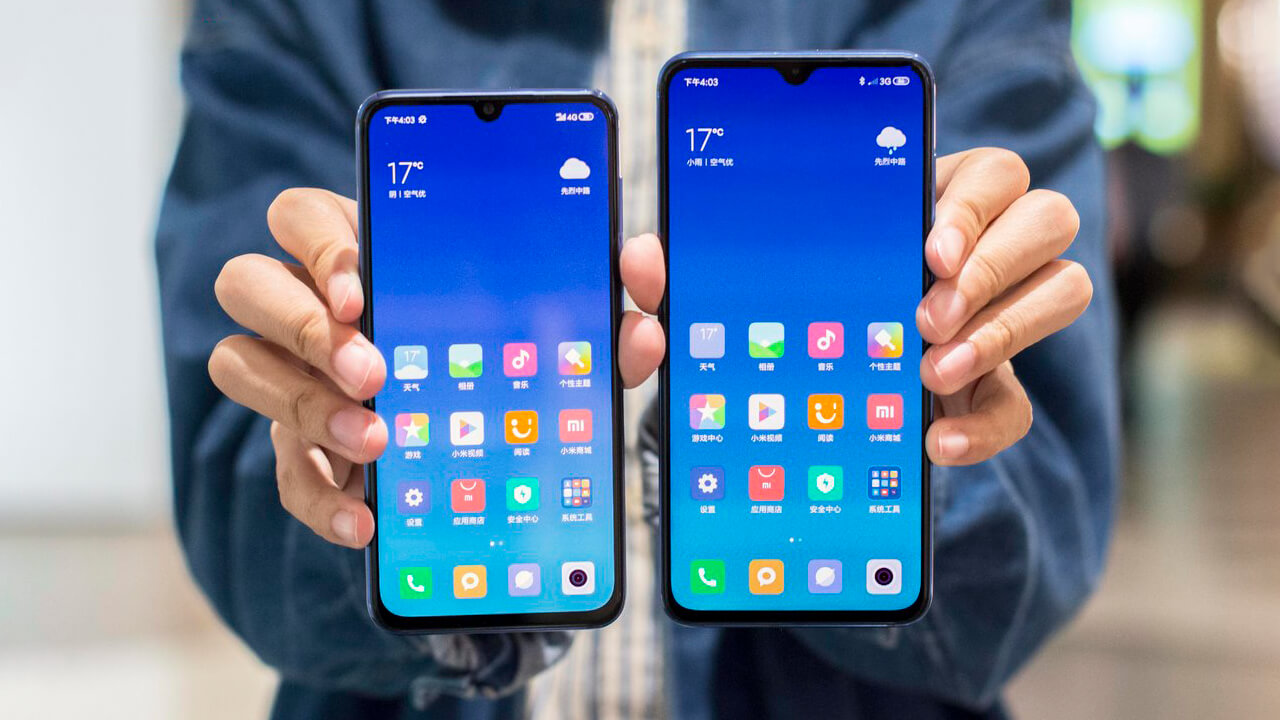 For the benefit of the flagship, it records a beautiful large display, the most powerful processor, more beautiful video and photos, or faster charging. The compact Mi 9 SE, on the other hand, wins in terms of size and weight and the difference in selling price. Its equipment for the phone in these dimensions is definitely above standard.

It is all a question of the priorities of a particular user, which will ultimately win for him and which of the phones he will decide on. We believe that our comparison helped you decide between the smartphones Xiaomi Mi 9 vs Mi 9 SE.

Which of the two would you choose earlier and why?

Redmi starts with crazy products like Xiaomi. They introduced their first suitcase