The ranking of the TOP 10 best-selling smartphones for 2019 contains several interesting models, while the popular affordable smartphone called Redmi Note 7.

The winner of the ranking was a more affordable model from the American company Apple, while the list of devices also included other middle-class models. The placement of the Redmi smartphone is all the more valuable, as it has competition around several times more expensive pieces.

The first place went to the affordable iPhone XR

The ranking from the first place is dominated by last year's more affordable model iPhone XR with a total of 46,3 mil. sold equipment. In close proximity is its successor, just a recently introduced model iPhone 11 with a value of 37 mil. sold pieces. 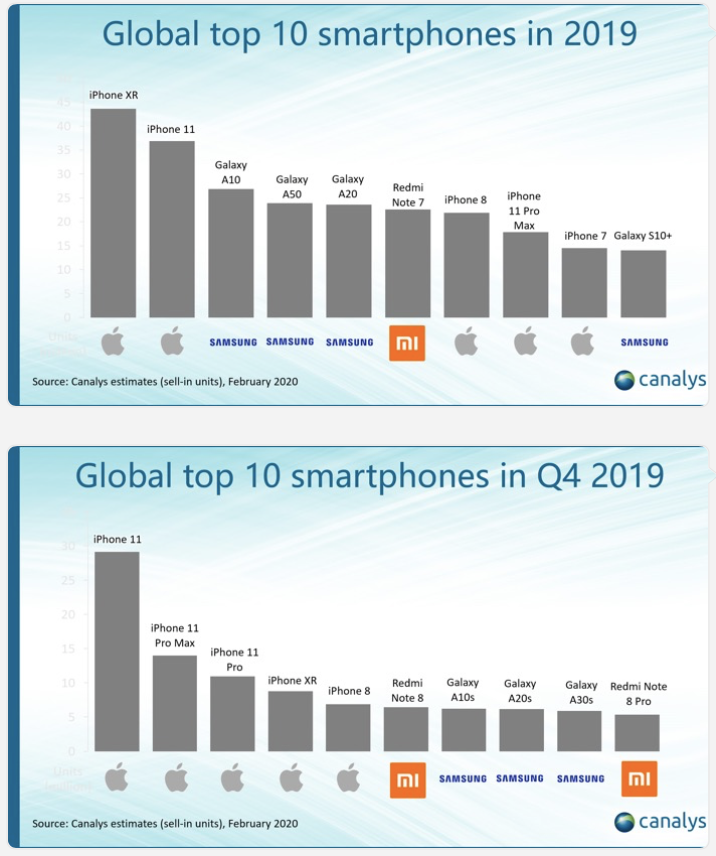 The survey was conducted by Canalys, with up to 9 of the 10 devices ranked by Apple and Samsung. The rest of the model is the aforementioned Redmi smartphone. The dominance of these manufacturers is growing despite slightly declining overall smartphone sales. 5G, a technology that can shuffle cards for 2020, can also speak.