This isn't here yet: The redesigned Dreame Bot W10 vacuum cleaner for a record € 689! It automatically squeezes and empties waste

Introducing a new, powerful robotic vacuum cleaner Dream Bot W10. It is especially interesting with a pair of rotating mops and a station with automatic squeezing and drying of mops. However, there is also a high suction power of 4000 Pa and vacuuming without unnecessary impacts on obstacles.

The Dreame W10 vacuum cleaner is very identical in parameters to the vacuum cleaner Xiaomi Mijia Sweeping and Mopping Robot Pro STYTJ06ZHMwhich is currently sold only in China.

Dreame Bot W10 is the latest model of vacuum cleaner for the year 2022, which you can order from European warehouses with express delivery within 7 days. It is also offered by our Slovak partner MiStores.sk with a 2-year warranty. 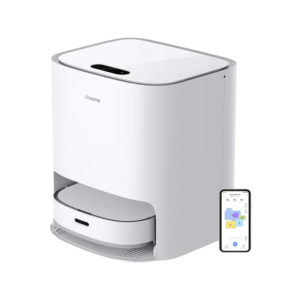 I want it
Are you shopping on Goboo for the first time? See instructions!

I want it
Are you shopping for the first time on MiStores.sk? See instructions!

TIP:Express delivery from a Slovak warehouse within 1 - 3 working days.

This product will be delivered to you express from a local Slovak warehouse. Delivery usually takes 1-3 working days and is delivered by courier. The price is final.

Discount coupons can be entered in the cart as follows: 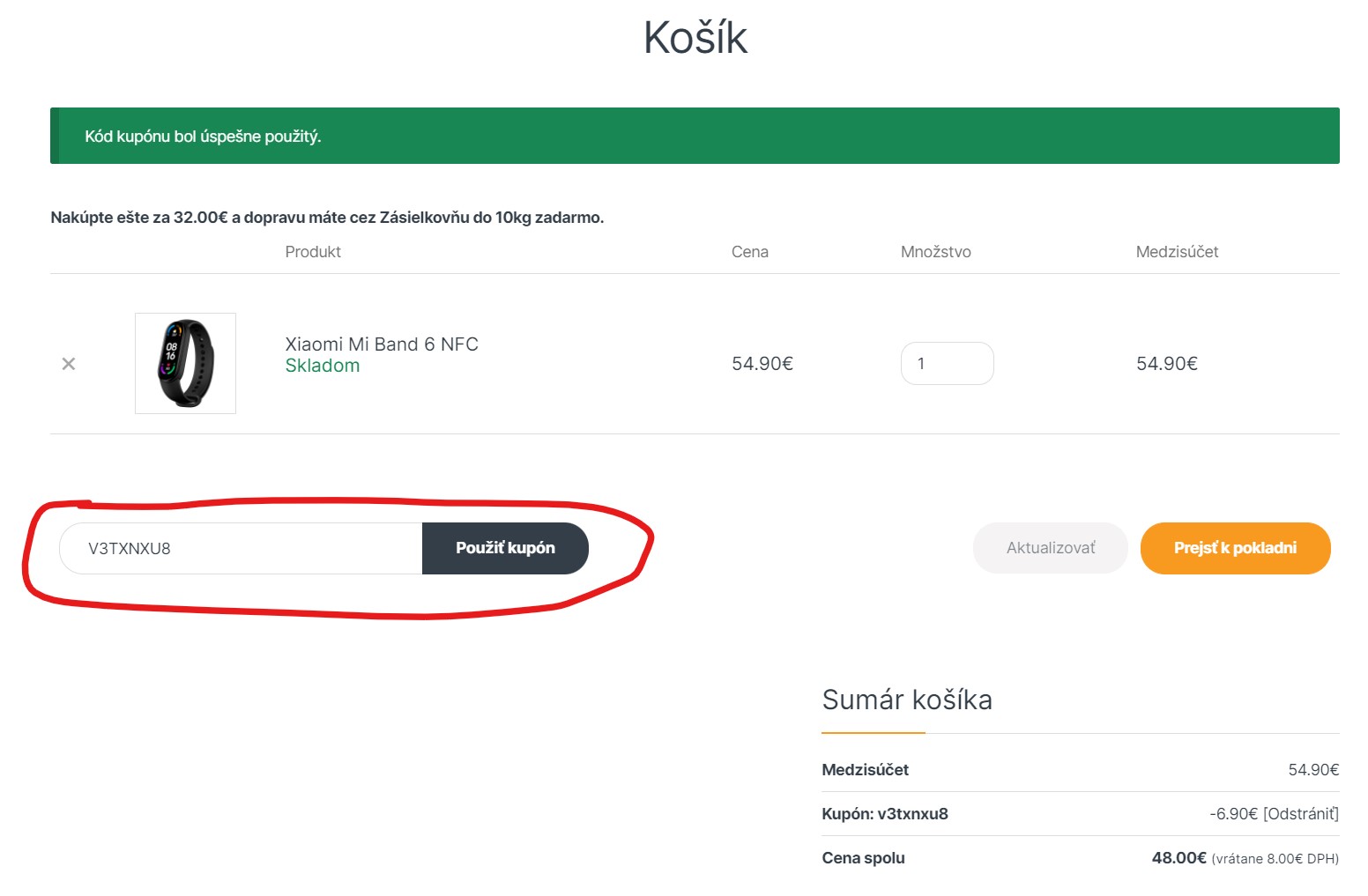 Unlike most standard robotic vacuum cleaners, the new Dreame comes with an improved design in the shape of the letter D. Unlike conventional circular shapes, it will ensure better vacuuming, especially in the corners of the rooms.

The Dreame Bot W10 thus relies not only on the side rotating brush with bristles when vacuuming corners, but also contributes to better quality vacuuming with its shape. For example, the well-known Roomba S9 from the popular iRobot brand has the same shape. 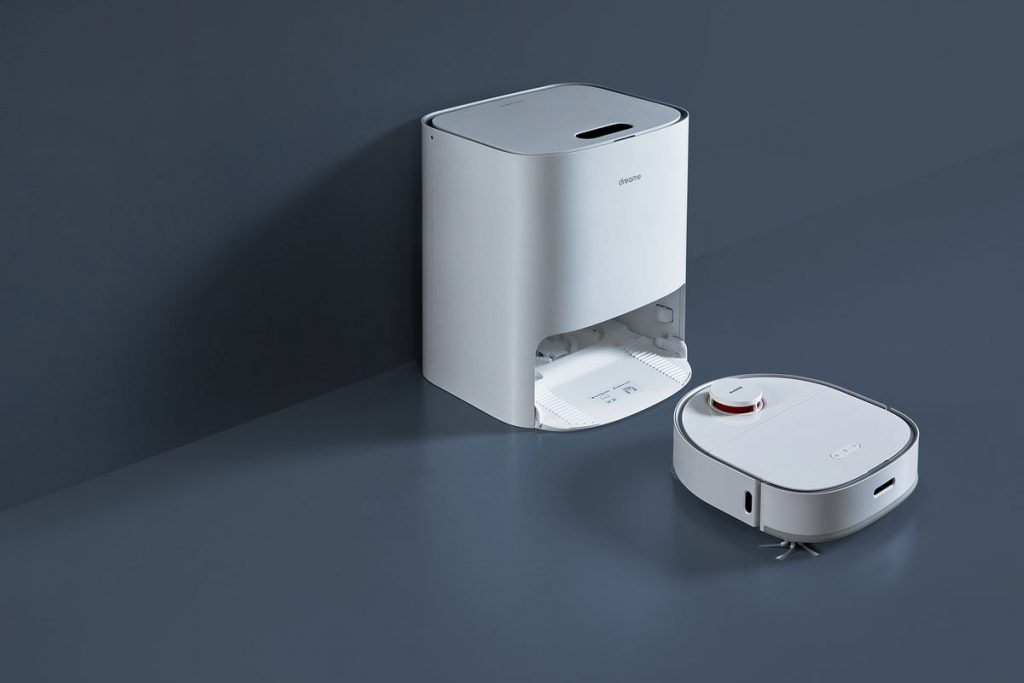 As for the layout of the elements, it is similar to a standard vacuum cleaner with one difference. The top is home to a laser sensor, three control buttons and a lid for access to the dust container.

The underside has a rotating brush, which is larger in this case. It is about 19 cm. In addition, there is also a 5-arm side brush, which collects dirt towards the main brush, sensors and a pair of rotating mops.

The Dreame Bot W10 robotic vacuum cleaner has a high suction power 4000 Pa, which has already proved itself to us for the L10 Pro and Z10 Pro models, which we had the opportunity to test. Like these models, the novelty has several sensors.

The main one is the laser sensor in the upper part, which senses the space. This LiDAR however, the scanner is improved, allowing it to create a map of the space up to 12 times faster compared to older models, even in the dark during the night. However, there are also interesting sensors that take care of vacuuming or moping without unnecessary obstacles.

In the lower part there is also ultrasonic sensorwhich is used to recognize carpets. If the vacuum cleaner detects a carpet and is in vacuum mode, it automatically increases the suction power to the maximum for higher vacuum quality. During moping, he can avoid the carpet so that it does not get wet unnecessarily.

We must honestly acknowledge that most robotic vacuum cleaners do not have a very usable mop, as they more or less wipe the floor with a damp mop cloth, which means that they cannot remove dried dirt. The Viomi brand, which offers the so-called Y-moping, within which it improves the quality of moping by crossing the same places several times. But that's still not it. 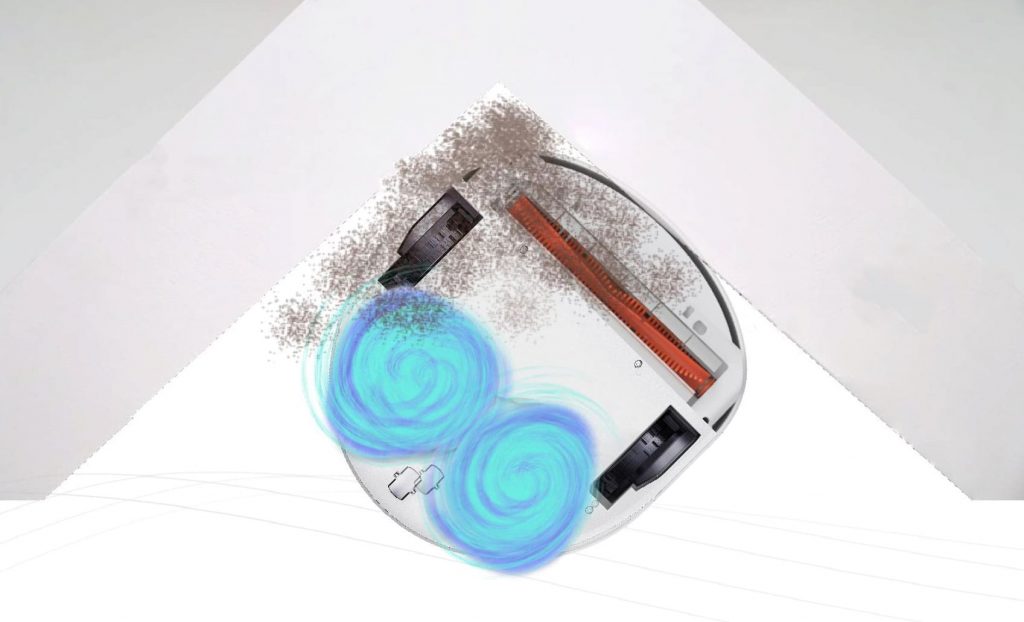 However, the Dreame Bot W10 is different. It attracts mainly with a pair of rotating mops in the lower part, which will take care of incomparably higher quality moping. Mops rotate at speed 180 rpm and exert pressure 10 N, thanks to which they also remove dried dirt.

Station for automatic cleaning of mops

The vacuum cleaner is also supplied with a cleaning station, which takes moping to an even higher level. Inside, it hides containers for clean and polluted water, which have a capacity 4 L. When a pair of mops get dirty, the vacuum cleaner returns to the station where the mops are cleaned.

In the first cleaning step, the mops are rinsed with clean water using several nozzles from the bottom. During the rinsing, the mops rotate and rub against the fine grooves, which take care of removing the dirt that gets caught in the mop. In this process, the dirty water is drained into a container with contaminated water, which you can then simply pour out.

After moping, the mops themselves are not only cleaned but also dried with hot air. This will prevent the growth of bacteria and fungi in mops. The moping system is thus really reworked down to the smallest detail.

Dreame Bot W10 has a battery with capacity 6400 mAh, which should be enough to read an area of ​​approximately 300 m2. You can find the current battery capacity in percent on the small information display of the cleaning station. If the vacuum cleaner discharges during cleaning, it will automatically return to charging the station. After recharging, it continues to clean. 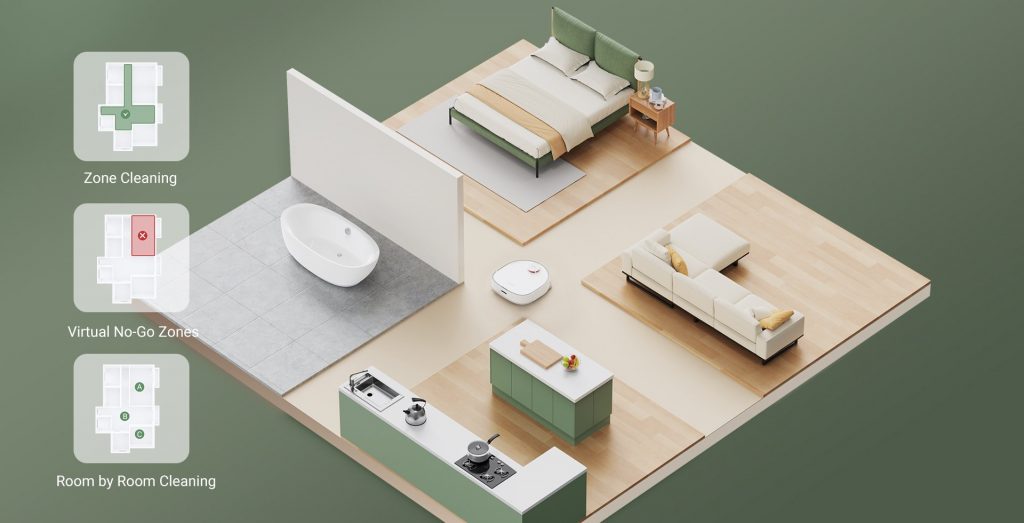 There is a popular cleaning of a selected part of the map, the so-called forbidden zones, or virtual walls or division of the map into rooms according to your own ideas. The vacuum cleaner can also be used in a multi-storey house, as it can remember 3 different maps. 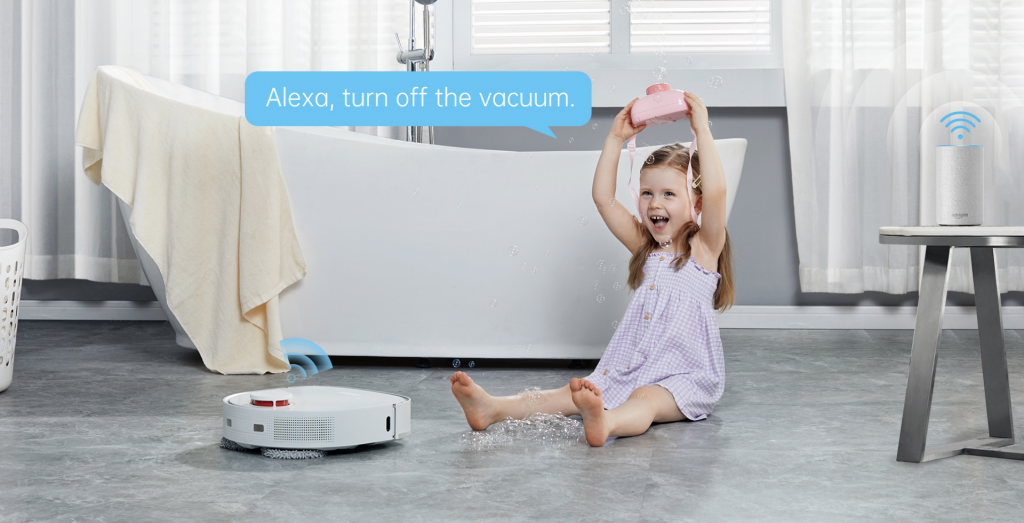 You will also enjoy voice control using the Amazon Alexa system. The Dreame Bot W10 thus ranks among the best robotic vacuum cleaners with a focus on quality moping.