Like every month, we have seen the results of the most powerful smartphones from the well-known AnTuT Benchmark. In March / March, news appeared in the rankings and the order was mixed. This time the ranking is dominated by Xiaomi, even with two of its models.

In the TOP 10 most powerful smartphones for the month of March / March, the flagships from Xiaomi took the first two places - Mi 9 and Mi EE. With an average score over 371 thousand points they defeated the third and at the same time their greatest competitor Vivo IQOO Monster. Samsung's new flagships - the Galaxy S10 + and S10 - were placed in fourth and fifth place. 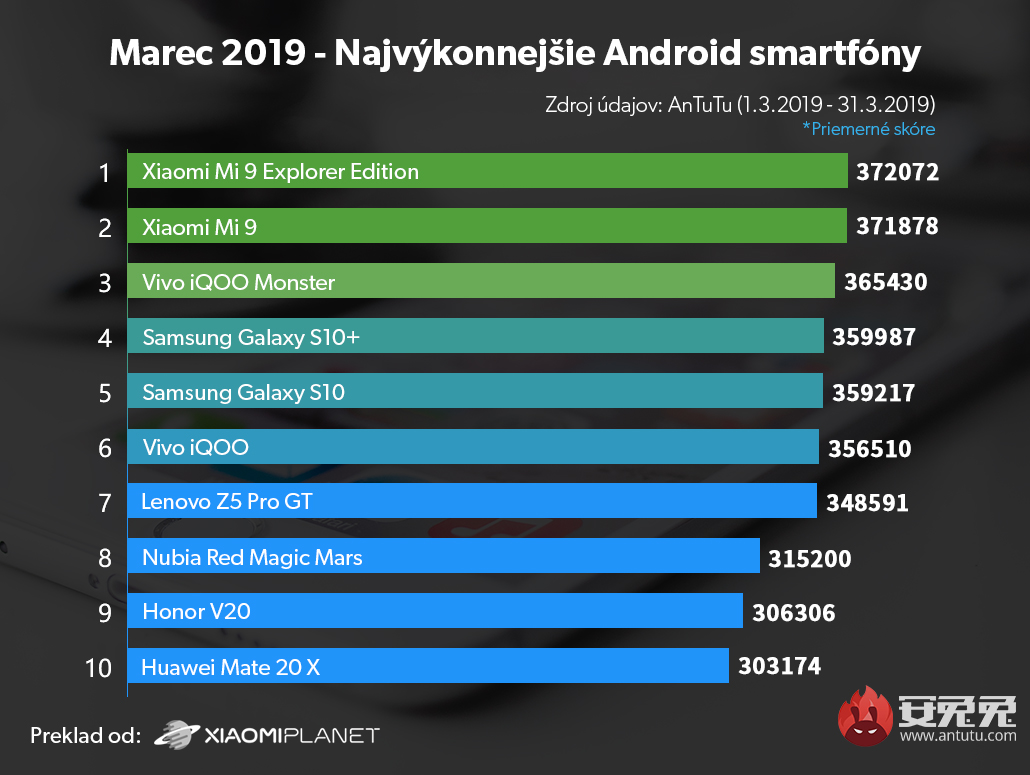 The sixth place was also occupied by the Chinese Vivo smartphone, a cheaper IQOO model. The seventh place belongs to the flagship of Lenovo, Z5 Pro GT. In recent months, the Nubia Red Magic Mars gaming smartphone, which this time is in 8th place, has become a staple in every ranking. The last two locations belong to Huawei and its subsidiary.

The recently introduced gaming smartphone Black Shark 2 has not yet reached the rankings, but we expect it to take over the baton from the Mi 9 and Mi 9 EE in the upcoming report.

Xiaomi Mijia Walkie Talkie 2: Second generation Xiaomi walkie-talkie with a range of up to 6 km and a duration of 13 days

Redmi Note 7 Pro vs Xiaomi Mi 9 SE: The two biggest rivals from the same workshop in the speed test