Amazfit Band 5: Xiaomi and Huami start a war for the best fitness bracelet on the market

Amazfit as a partner brand unexpectedly prepares its own fitness bracelet with the label Amazfit Band 5. He can start a war for the best fitness bracelet between the parent company Xiaomi and partner manufacturer Huami.

Is Amazfit preparing a fitness bracelet?

Amazfit smart watches are manufactured by partner manufacturer Huami. He is not only behind the production of Amazfit products, but also behind the popular fitness bracelet Xiaomi Mi Band 5.

If the official date of the global introduction of the Mi Band 5 bracelet by Xiaomi is not confirmed, it is possible that he will grow really serious competition on the market. It is even from its own ranks, from Huami. Upcoming brand bracelet Amazfit has already passed FCC certification. 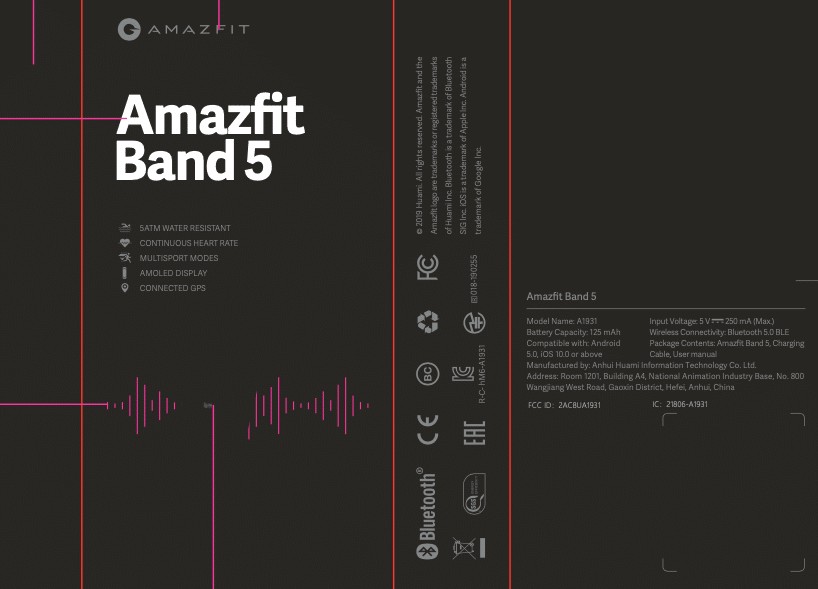 At the same time, Amazfit manufactures a really wide range of products through clothing, headphones and other accessories, to which this time it will add its own fitness bracelet.

All the more surprising are the preparations for a new bracelet with a label Amazfit Band 5, which, according to the first leaks, should be based on a very advantageous price - performance ratio.

As the first leaks reveal, the features of the new smart bracelet are very similar to the characteristics of the already introduced Mi Band 5. On the other hand, before the Xiaomi bracelet reaches Europe, Amazfit may surprise with its product. bracelet Amazfit Band 5 should also be sold in Europe.

The prepared fitness bracelet, which has already been confirmed by the mentioned certification, is equipped with a battery with a capacity of 125 mAh. In addition, according to the certification, there should be an AMOLED display, increased resistance at level 5 ATM, GPS or monitoring of sports activities.

Simply put, this is a really pleasant surprise for the end customer. If a new competitor is introduced, parent Xiaomi will probably have to adjust its planned prices, and adding new features through the software can't be a bad move.

You are looking forward to the new competition in the form of a bracelet Amazfit? Would you consider buying this bracelet or would you reach for the introduced Mi Band 5 sooner? You can write your observations and opinions to us in the discussion below the article.

Other flagships from Xiaomi could bring IP68 certification. This was confirmed by the main representative

Rocket 100 W charging from Xiaomi is getting closer. The powerful 120 W adapter has been certified